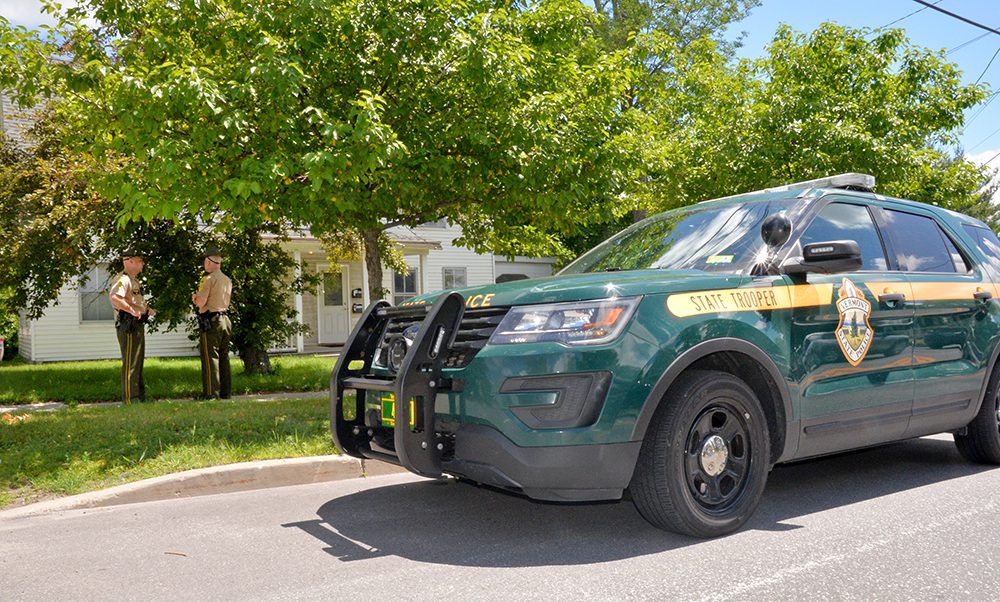 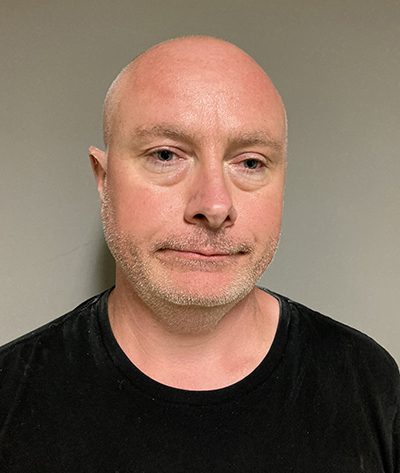 Peter Newton, 50, of Middlebury is seen in this mug shot taken Tuesday, June 28, 2022, at the Vermont State Police barracks in New Haven.

MIDDLEBURY — Vermont State Police today, Tuesday, June 28, arrested Addison County Sheriff Peter Newton on charges of sexual assault, second-degree unlawful restraint and domestic assault, stemming from a months-long investigation into allegations of abuse reported by a woman with whom he was in a relationship.

Meanwhile, Addison County High Bailiff Dave Silberman became acting sheriff while Newton was in custody, and in a statement (below) to the Independent, called for Newton to immediately resign from office.

State police initiated their investigation into Newton on March 3, when detectives were assigned to follow up on a domestic disturbance reported to the Middlebury Police Department. The disturbance involved Newton, 50, and a person with whom he was in a relationship, according to a press release issued by state police. The disturbance had been reported during the early morning of Feb. 26 at Newton’s Middlebury home.

State police investigators conducted multiple interviews with the 35-year-old woman at the heart of the case and developed “probable cause for the offenses” for which Newton has been charged, according to the press release. The case’s lead investigator, Detective Sgt. Angela Baker, was assigned from the VSP’s Bureau of Criminal Investigations out of St. Albans in order “to avoid any potential conflicts of interest in pursuing the matter,” according to state police.

Newton was taken into custody Tuesday morning while he was conducting contractor work at a construction job site in Middlebury. Troopers involved with the arrest said Newton did not resist. Two police cruisers could be seen in front of his Middlebury home early Tuesday afternoon while an investigation of his place took place.

Two Vermont State Police officers and their cruisers wait outside the home of Peter Newton on Tuesday afternoon while other officials search the residence.
Independent photo/John S. McCright

Newton is expected to be arraigned in Burlington later today, though details remained unavailable as of this writing. More details in the case will be revealed in the investigatory affidavit that will be released following Newton’s arraignment.

Newton announced this spring that he’s not running for re-election to a second, four-year term as Addison County sheriff. Currently, Republicans Michael Elmore of Addison and Ron Holmes of Middlebury are slated to face off in an Aug. 9 primary for the sheriffs post. It remains to be seen whether the job will attract minor party candidates or independents, who have until Aug. 4 to file.

Per state statute, the county’s high bailiff must step in for the sheriff if that person is unable to fulfill their duties. Silberman, who is a lawyer, issued the following statement about Newton’s arrest:

“This morning, Addison County Sheriff Peter Newton was arrested on charges of sexual assault, unlawful restraint, and domestic assault. Sheriff Newton is currently in police custody pending arraignment, scheduled for later today. Pursuant to 24 V.S.A. §333, I will serve as Acting Sheriff so long as Sheriff Newton remains in custody.

“Earlier this afternoon, I spoke with lead Deputy Sergeant Michael Elmore, whose duties include general administration of the Addison County Sheriff’s Department. Sgt. Elmore assured me that the ACSD will continue to provide all necessary services to the county during this difficult time.

“I anticipate that Sheriff Newton will be released from custody this evening after his arraignment, at which point, under state law, he will automatically resume his elected office.

“Like all people charged with crimes, Sheriff Newton deserves a presumption of innocence pending trial and conviction. However, it is simply impossible for Sheriff Newton to continue serving the community in a law enforcement capacity under the cloud of these very serious charges.

“Accordingly, I am calling for Sheriff Newton to immediately resign from office.”

Anyone with information that may be relevant to the state police investigation of Newton is asked to contact the VSP Bureau of Criminal Investigations at 802-524-5993. Tips also may be submitted online anonymously vsp.vermont.gov/tipsubmit.

The Independent will have more on this story as details become available.