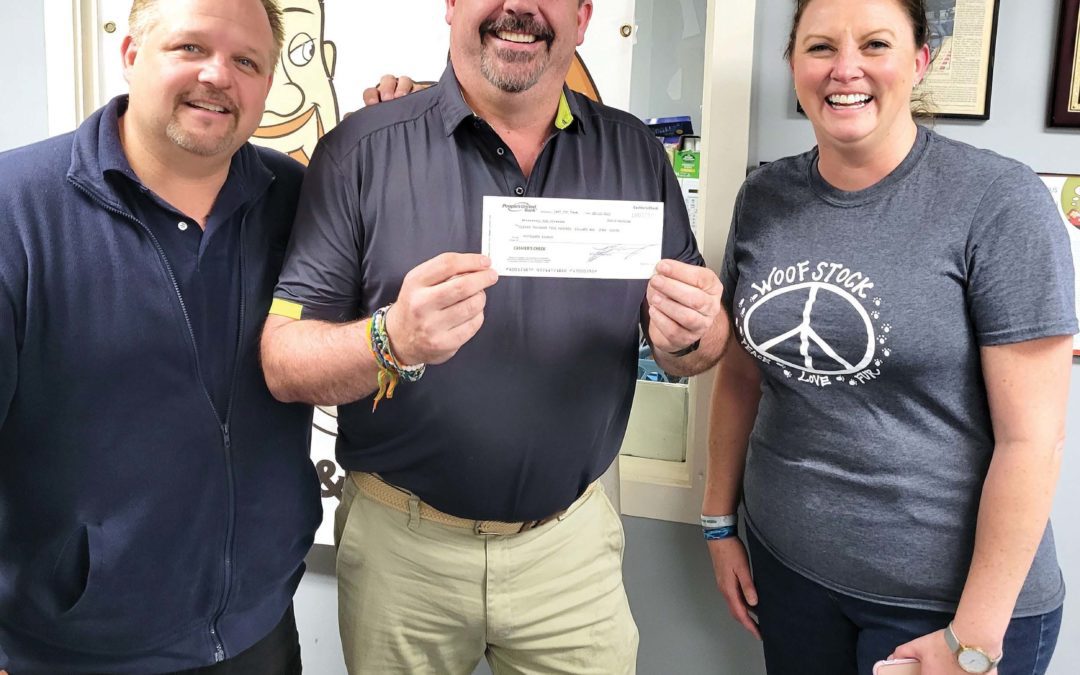 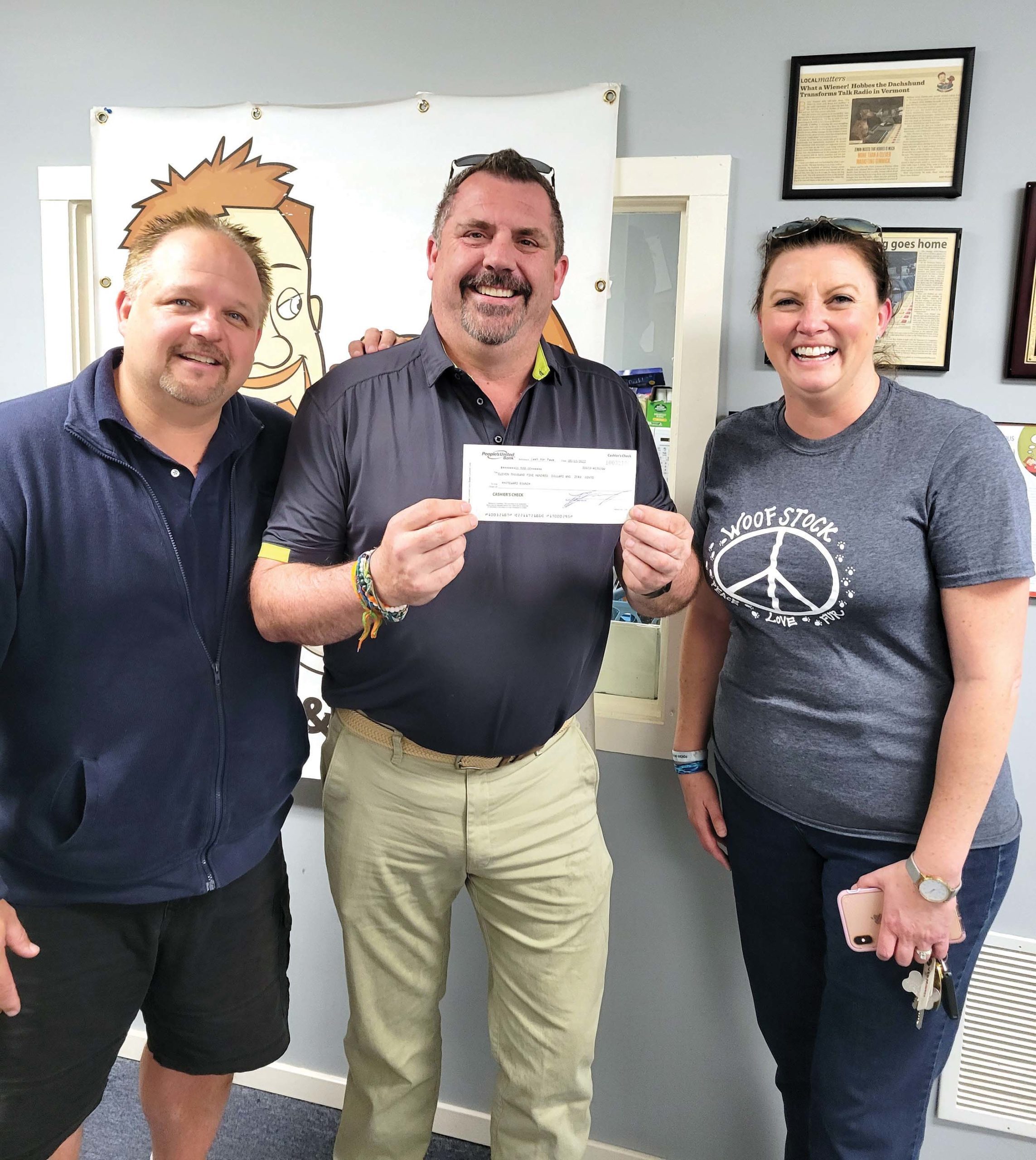 ROGER HAMILTON, CENTER, is flanked by WVTK’s Bruce Zeman and Hannah Manley of Homeward Bound as he presents the humane society an $11,500 check. The donation matched what Zeman had already raised on the Middlebury radio station as part of his “Bruce & Hobbes Ca$h for Paws” fund drive last week.

MIDDLEBURY — When FM 92.1 WVTK’s Bruce Zeman wrapped up the 2022 “Bruce & Hobbes Ca$h for Paws” Radiothon last week, he was more than pleased to have raised $11,500 — almost double his goal of $6,000 — to benefit Homeward Bound, Addison County’s Humane Society.

But the popular local radio personality was twice as happy on Tuesday, May 10, when a New Haven resident matched the $11,500 raised, bringing the new fund drive total to a record $23,000.

Sweetening the pot was Roger Hamilton, a New Haven firefighter and avid listener of Zeman’s show, “The Wake-Up Crew with Bruce & Friends.”

“Roger has always supported our work, but this just blew me away. His generosity is going to change lives and shows the kind of person he is — a class act,” an emotional Zeman said of the contribution.

Created by Zeman back in 2009, the “Bruce & Hobbes’ Ca$h for Paws” fundraiser has become a major financial boon for Homeward Bound, which provides critical care and adoption services primarily for abandoned dogs and cats in Addison County. Zeman established himself as a dog lover years ago, after adopting his irrepressible sidekick Hobbes, a small dachshund.

Hobbes passed away in July 2020. Zeman has dedicated the radiothon to his best friend.

“I do this event for Hobbes, so more animals like him get the second chance he did,” he said.