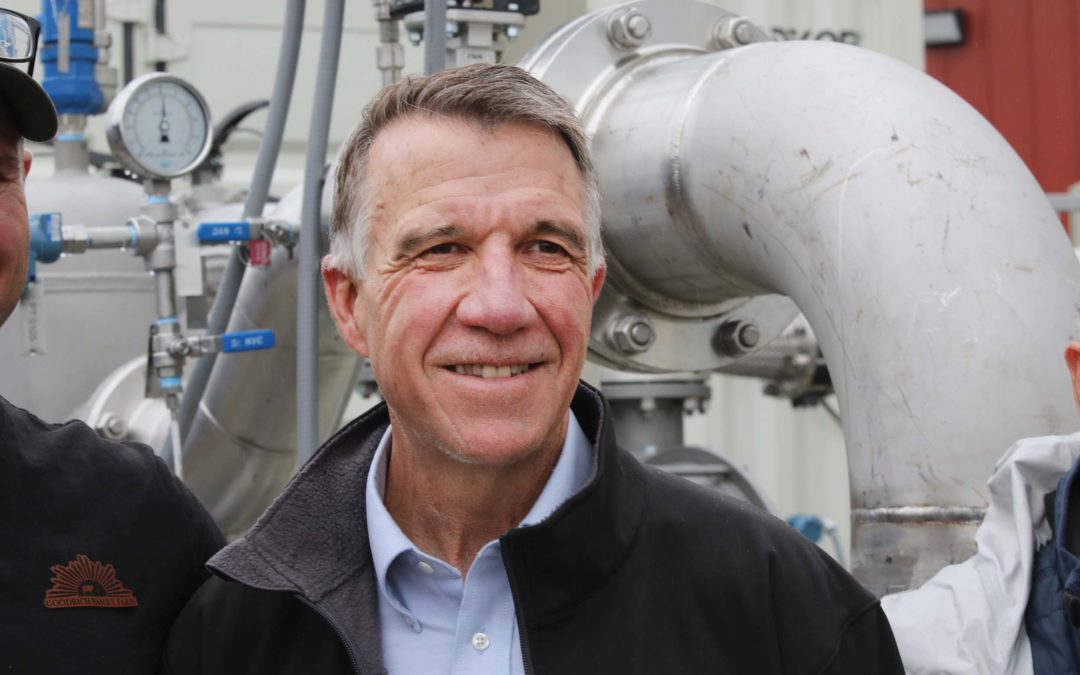 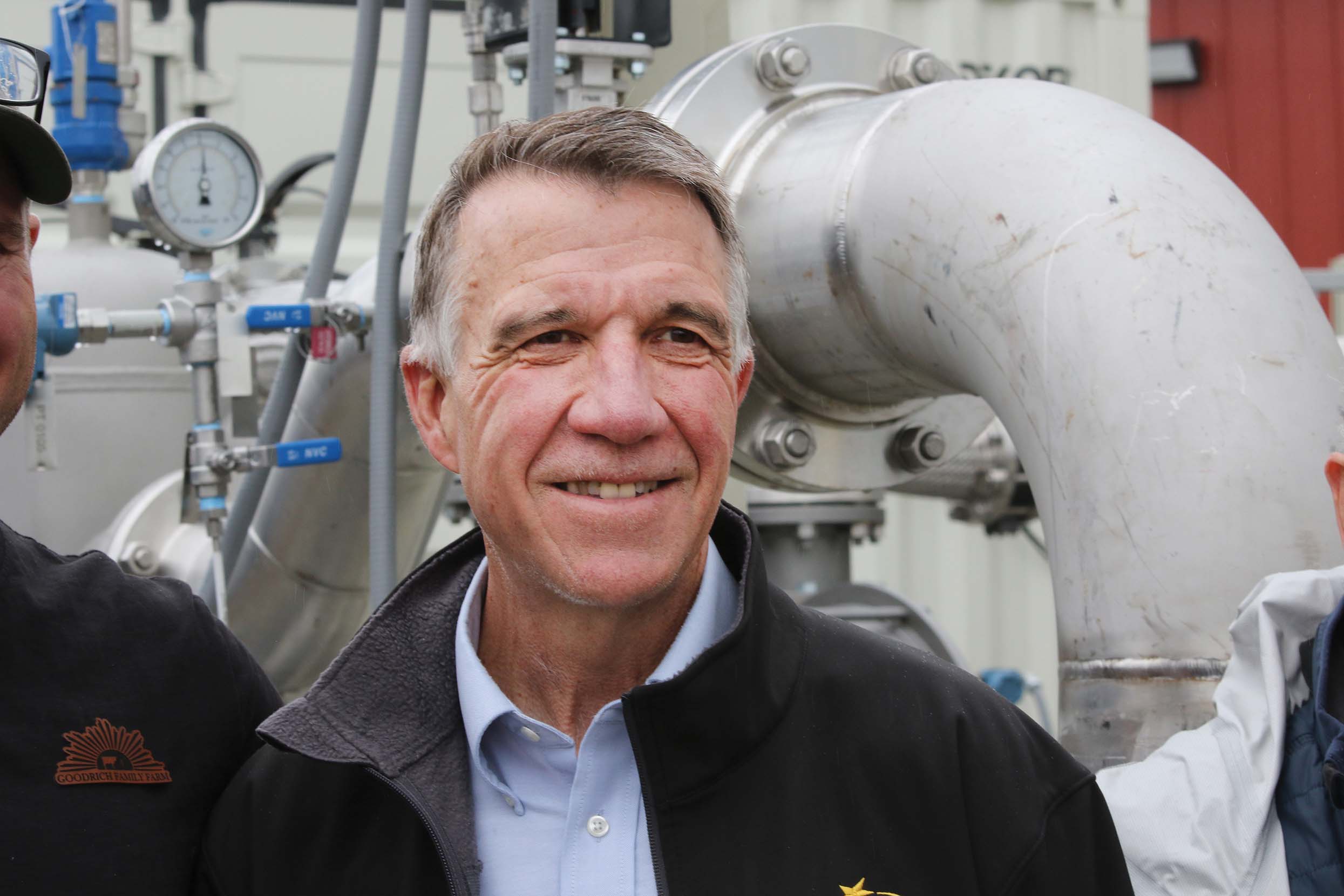 Gov. Phil Scott is running for a fourth term.

Hours after he announced his reelection plans in a news release Tuesday morning, Scott told reporters in Montpelier that he “carefully considered (his) options” when deciding whether to seek another two years in office. “It’s been a long six years” in office, he said, but he has more work yet to do.

“We’ve made some historic investments… investments that I think will give us a high return,” the 63-year-old Republican said. “We have to follow through on them, and we need a seasoned team in order to do that.”

“That’s what we provide,” he said, referring to his administration.

Anti-poverty activist Brenda Siegel, a Democrat, is so far the only other candidate to enter the race, and no Republicans have launched a primary challenge to Scott yet. Candidates have until May 26 to file their candidacy.

“I don’t believe I’ve ever had a race throughout my political life where I haven’t had a primary,” Scott said Tuesday. “So I’m still expecting someone to surface a challenge for the primaries. We’ll see what happens.”

Siegel told VTDigger Tuesday afternoon that she was unsurprised Scott kept quiet about his plans until close to the deadline. “This is the same game that he plays in every race,” she said.

But she thinks Vermonters “are looking for change” after Scott’s six years at the helm of the state.

State Sen. Joe Benning, R-Caledonia, who is running for lieutenant governor, disagrees. He told VTDigger on Tuesday that he thinks Scott “has managed to do all of the things that I would hope a governor would,” like holding the line against tax increases and keeping things civil with other state leaders across party lines — “which is a very impressive thing in this day and age.”

“As far as Vermont is concerned, I think that the vast majority of Vermonters have very much appreciated what he’s been able to do,” Benning said.

Public opinion polls appear to reach the same conclusion. According to a Morning Consult poll released in April, Scott is the country’s second-most popular governor, with a 72% approval rating.

Also in April, a University of New Hampshire poll showed that, of 582 respondents, 56% said Scott should run again, and half said that he deserves to be reelected. Fifty-seven percent said they view him favorably. His strongest base of support remains with self-identified independents and Democrats.

As for Scott’s leadership style, Benning said he appreciates the governor’s “very calm but firm hand.” But Siegel pointed to an April instance where Scott reportedly told WPTZ that “there needs to be an adult in the room” in top political negotiations in Montpelier. To Siegel, the comment indicated a lack of respect from Scott toward state legislators, particularly toward legislative leadership.

“We had incredibly strong leadership that worked together in a way that we haven’t seen in many years in the Legislature… and they were working against a governor that did not want to work with them, did not want to show up at the table,” she said. “And so, in my opinion, what an adult in the room means is that you work alongside the people in the other branch of government.”

Scott describes himself as a centrist. While he has regularly sparred with Democratic leaders in the Legislature over state finances, including recent debates over the state budget and the public sector pension system, he routinely breaks with the national and state GOP on social issues. Scott was a vocal critic of President Donald Trump and voted for Democrat Joe Biden in the 2020 presidential election.

At his weekly press conference on May 3, Scott was pressed on why he continues to run as a Republican rather than as an independent. The governor replied that he has been successful over the past 22 years running as a Republican.

“It’s easy to go to the extremes, right? Extreme left, extreme right — everyone knows where you’re going to be and what your vote is going to be …” he said. “Those in the center, those moderates and centrists of either party, have to contemplate what it is that would be best for the state, in this situation, or their constituents, and what you can live with.”

A fellow Republican, Benning said he approves of the vast majority of Scott’s decisions over his six years in office. The only two stances Benning takes issue with are Scott’s decision to sign into law major gun control legislation in 2018 and his support of Vermont’s abortion rights law in 2019. Benning said he thought both bills went too far.

Scott’s decision to run for reelection contrasts with dozens of other elected officials in both the executive and legislative branches who are opting to leave their posts this year. Four of the state’s six statewide executive officers are bowing out, more than one-third of the Senate is leaving and more than half of the House’s committee chairs are vacating their powerful seats.

With more than five years of incumbency, Scott may not have to fight hard to keep his seat. No incumbent Vermont governor has lost reelection since 1962.