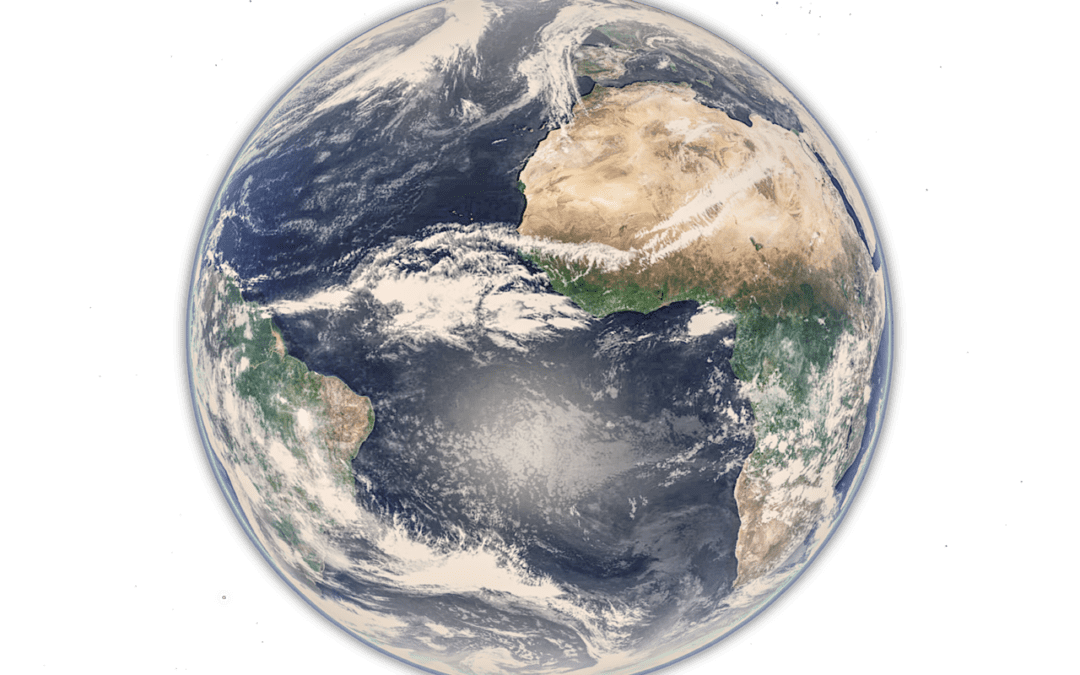 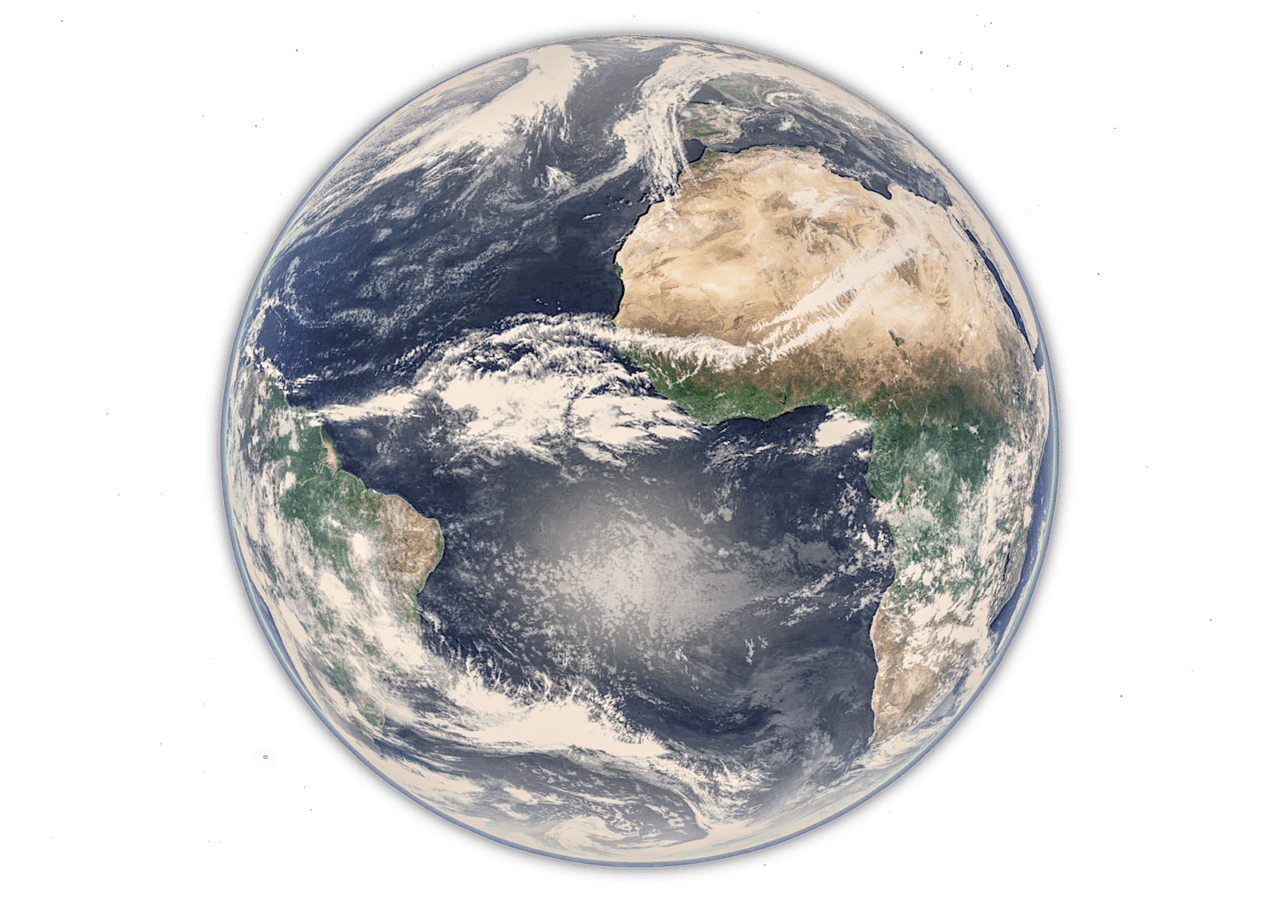 One of the best parts of parenting my teenagers is discussing the world’s problems and how to solve them.

I was about to write: “One of the best parts of parenting teenagers is how passionately they want to save the world,” but I’m not sure that’s quite accurate. Saving the world, in my experience, usually involves getting out of bed before noon on non-school days, and we’re not there yet. It also requires one to move beyond an attitude of “everything-is-terrible-and-thanks-sooooo-much-for-giving-us-this-messed-up-word-Mom-and-Dad.” We’re not there yet, either.

But my two middle-school-aged children are becoming quite aware of the nature of the issues that they’ll inherit. At the moment they’re studying Earth Science, and they are particularly concerned with carbon emissions, deforestation, and climate change.

Because they are a) teenagers, and b) Americans, their potential solutions to these problems mostly involve buying things. We should buy an electric car, for instance. My eldest daughter apparently needs to buy more clothes — of the sustainable, recycled material variety. Their biggest push has been for our family to begin using bamboo toilet paper in order to save the boreal forests. They directed us to a company called “Who Gives a Crap,” where we could purchase 48 rolls of bamboo toilet paper for $64 (plus tax). We have seven people living in our house; that amount of toilet paper would last us roughly two weeks.

During a dinnertime conversation, my husband and I suggested some more immediate steps our family might take before (literally) flushing over $150 down the toilet each month. For instance: What if certain people in our family — who currently use about half a roll of non-bamboo toilet paper on each trip to the bathroom — were to simply cut down on their toilet paper usage? What if we actually turned off lights when we left rooms? What if certain teenagers took showers lasting less than 30 minutes? What if people helped me in the garden? What if we raised our own meat? (This last idea, logical as it is, always elicits howls of protest at the thought of knowing whom one is eating).

In response, it was suggested that perhaps the problem isn’t individual responsibility so much as the collective impact of our entire family. To put that in layman’s terms: “We have too many kids.” That’s right: My daughters stopped just a hair short of suggesting fratricide as a potential solution to climate change.

So my children are still refining their plans for saving the planet. But they’ll often say things that stop me in my tracks and make me think more deeply.

Such was the case when my eldest daughter observed a certain deep cynicism in humanity: “You know, we talk about how afraid we are that the world will end tomorrow, but we act like we have plenty of time to make things right, so we don’t really do anything.”

I felt the truth of her comment in how it described me.

I remember so clearly when the desire to save the planet overtook me. I was older than my daughters: newly married, in my 20s. My husband and I spent several summers in Tanzania, in East Africa, helping to coordinate a house and school building project. As it does to so many people, Africa grabbed me by the heart. It was so startlingly beautiful that it gave me a deep sense of home as no other place had before. At the same time, it was so fragile: Nearly everyone we met seemed to be teetering along the thin line between providing basic necessities for their families and utter destitution.

Africa’s issues are complex, and solutions have eluded smarter people than I. But on our final trip to Tanzania, we met a couple of retired farmers who were teaching people farming techniques better suited to the land. It seems that certain land management practices of the local farmers were holdovers from British colonialism, and they were contributing to the degradation of both the environment and the people. Something as simple as, “Try growing something other than corn in a semi-arid climate,” could save the soil and save lives.

That’s the moment when it hit me, who’d only ever lived in suburbs and cities: We are indissolubly tied to the earth. The way we treat the earth ripples out to affect entire nations. And we can change how we treat the earth, for good or for ill.

We returned to the United States and moved to California for my husband’s graduate school. We bought our first car — a hybrid vehicle. I started working for an environmental education nonprofit called EarthTeam. I started gardening in whatever small plot of depleted soil our rental homes had to offer. In my spare time, I read books on reducing our carbon footprint.

Then we started having kids, and very slowly — imperceptibly — my hopes for world salvation started shifting on to them. Sure, I still gardened, composted, and recycled. I tried to shop locally for organic, sustainable products. But childrearing required about 200% of my energy. I was — and am — just SO TIRED. The best thing I can do, I told myself, is to raise children who are good world citizens, who will love other people and care for the planet.

I still believe this is true, but when my daughter made her comment, I saw myself in it: I was acting like there was plenty of time — generations — to make things right. But instead of leaving things to my children, what I need to do is to partner with my children, right now, to consider how we might do better at caring for this gorgeous world we’re embedded in.

So I’m turning off lights more frequently. I’m thinking more about what we buy and where we buy it. And I’m looking at our little plot of land with fresh eyes and renewed excitement for gardening season as spring approaches.

I’m still not sure about the bamboo toilet paper, though.