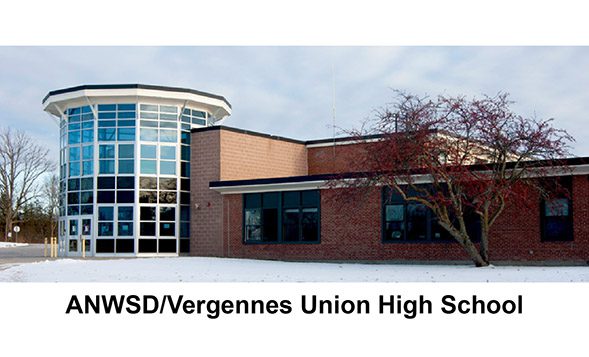 “This budget maintains every program and makes some strategic investments in personnel to meet increased student needs … We know that there are some increased needs as a result of the pandemic, and we need to invest in support for these kids.”
— ANWSD Board Chair John Stroup

VERGENNES — The Addison Northwest School District Board this week adopted a $22,327,585 spending plan for the next school year. If backed on Town Meeting Day, it would increase spending by 3.35% over the currently approved level.

Despite the proposed higher spending, the latest estimates say property tax rates would drop in all five ANWSD communities in a range of between about 1.7 and 7 cents if voters support that budget on March 1.

The board on Jan. 19 also voted to ask residents to back a plan to use $1.5 million of the district’s $1.86 million audit-confirmed surplus for repairs and upgrades at Vergennes Union elementary and high schools.

The board also favored using $337,763 of that surplus to help keep district taxes in check, and voted to place the remaining surplus balance — $28,935 — into the ANWSD Education Stabilization Fund. Voters have pre-approved the board to put a small amount annually into that rainy day fund.

ANWSD residents will weigh in on the budget, capital fund request and a number of housekeeping items — such as approval of board salaries and a request for permission to distribute the district’s annual report electronically — by Australian balloting at community polling places on March 1.

ANWSD ballots will be available by mail if requested by individual voters, but will not be mailed out to all residents, officials said.

The board has scheduled a hybrid online/in-person informational meeting for Feb. 28 at 6 p.m. at the VUHS library.

Superintendent Sheila Soule and Director of Operations and Finances Elizabeth Jennings told the board on Jan. 19 that state education and tax officials have set statewide calculations that effect local tax rates favorably.

Using figures currently recommended by the state, Jennings is estimating the ANWSD district-wide rate would drop by more than 12 cents, from $1.6944 per $100 of assessed property value to $1.57.

But ANWSD towns would not see that full benefit of that decrease due to rapidly rising property values.

Communities locally and around the state now have unfavorably low Common Levels of Appraisal (CLAs). CLAs measure how towns’ assessed values compare to true market value. The state tax department uses CLAs to adjust towns’ school tax rates in an attempt to make sure all Vermont property owners are paying based on a level playing field. 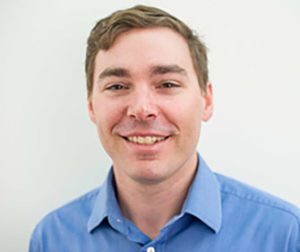 Because Vermont real estate has been increasing in value during the pandemic, CLAs in almost all towns are low. ANWSD officials said that is one reason the state has tweaked the numbers used to calculate statewide rates.

Fortunately for ANWSD taxpayers, district officials said that action by state officials, when combined with the $337,763 surplus the board will use to keep taxes in check, will be more than enough to offset the combined effects of low CLAs, the proposed modest spending increase, and the district’s lost revenue from declining enrollment.

The bottom line: School tax rate decreases in ANWSD communities are estimated to range from almost 1.7 cents to just over 7 cents.

The ANWSD homestead tax rate estimates are as follows, with every penny equaling $10 per $100,000 of assessed value for homeowners paying on the full value of their property:

Soule told the board some uncertainty remains about the exact number of students the district will be credited with, and thus the revenue that comes with those students, but added the fluctuation would not change the larger picture.

“We always know these numbers are going to change before we got to print, even though we try to get it as close as possible,” Soule said. “(All scenarios) basically still show ranges of a decrease in tax rates for all towns.”

The proposed budget of roughly $22.3 million is about $200,000 higher than the largest prior ANWSD spending plan, which came in the 2019-2020 school year. Budgets were lower in the past two years.

The current proposal keeps all existing programs, according to district officials, but adds a number of paraeducators at the three district schools, as well as a two VUHS employees: a psychologist and a new member of the school’s Response Resource Center, which works with students with disciplinary and other issues.

ANWSD Board Chair John Stroup told the Independent that items such as rising salaries and health care cost and other typical budget drivers are driving much of the higher spending, but the administrators and board are also trying to support students.

“This budget maintains every program and makes some strategic investments in personnel to meet increased student needs,” Stroup said. “We know that there are some increased needs as a result of the pandemic, and we need to invest in support for these kids.”

“I do estimate we will end the year with a surplus, just not as sizable,” Soule said.

Officials said the $1.5 million will be spent on work that includes replacing rotting windows at VUHS; replacing the VUES gym roof; heating/air conditioning systems upgrades; work on the VUES boiler and the foundation of the boiler room, including adding an exterior door; bathroom upgrades at VUES; science lab upgrades at VUHS; and new asphalt and roof repair at VUHS.

All are projects identified by the board’s facilities committee as necessary in the next one-to-five years, they said.

Stroup praised the work of ANWSD staff and board members.

“I think as a general matter the district is doing what it has to do to overcome enormous difficulties,” he said. “We know the people in the schools are doing an awesome job, working hard to do well by kids.”