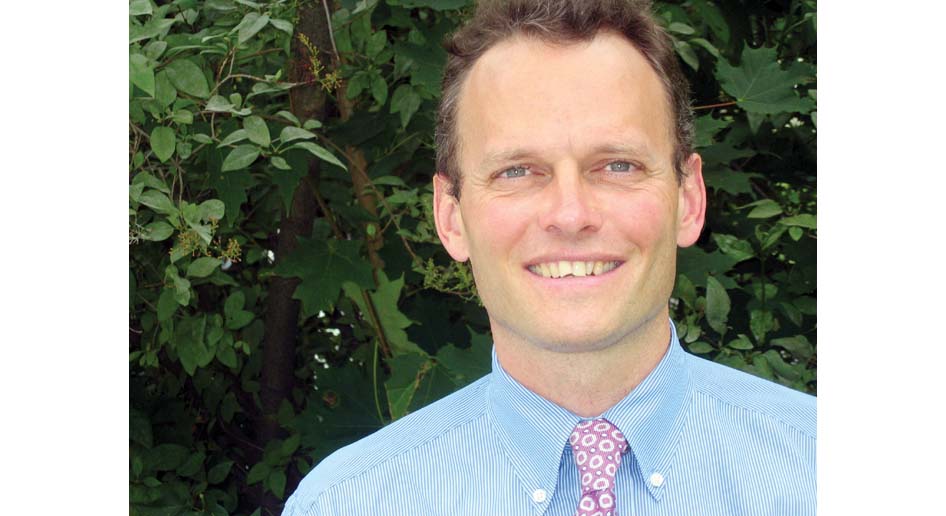 Willem Jewett, shown during his first campaign for re-election to the Vermont House in 2004, died this week after a multi-year battle with cancer. Independent file photo/Trent Campbell
By John Flowers

“Willem was not just a well-respected legislator, people really liked him personally. He was smart, funny, warm and a great advocate, right up to the end as he worked to update the Death with Dignity law.”
— Rep. Peter Conlon

RIPTON — Though former State Rep. Willem Jewett retired from the state Legislature in 2016, the Ripton Democrat continued in private life what he’d become synonymous for during his 14 years in the Vermont Statehouse: Helping other people.

The only thing that stopped him was his own premature demise, at age 58 in the face of cancer, this past Wednesday, Jan. 12.

As first reported by VTDigger on Wednesday, Jewett died after using a prescription obtained through Act 39, a “death with dignity” law that he helped establish and sought to improve, right up to his death.

While it was common knowledge that Jewett was terminally ill, his passing came as a jolt to those who knew him. House members, from their disparate, virtual work sites, were scheduling a time to unite for a moment of silence in memory of their friend and former colleague.

The Independent reached out to several of Jewett’s associates for their recollections of a man whom they said will be known for bringing an irrepressible sense of humor and a workmanlike approach to weighty state issues.

“Willem was a tall tree,” said Rep. Diane Lanpher, D-Vergennes, who served several years with Jewett. “And sometimes when we lose a tall tree among our talented forest, it’s particularly notable.

“He always took care of his district, his county, and all of Vermont.”

Jewett was first elected to the House in 2002, defeating incumbent Rep. Ward Mann, R-Leicester, to represent the towns of Cornwall, Goshen, Hancock, Leicester, Ripton and Salisbury. A practicing attorney, he served on House Judiciary for 10 of his 14 years. He also served one term each on the Government Operation Committee, to help with legislative redistricting during the 2011-2012 biennium; and on the Fish, Wildlife and Water Resources Committee for 2013-2014, a period during which he served as House majority leader.

Among those mourning him are current House Speaker Jill Krowinski, a Burlington Democrat. She was among the House Democrats who nominated Jewett for Majority Leader.

“Willem was an amazing human who did so much in his life,” Krowinski told the Independent.

Jewett was clearly well suited to the majority leader role, according to his former colleagues. He was gregarious, tireless, established keen eye contact and injected humor, whenever appropriate, to soften tensions or make a point.

Anyone who knew Jewett — as did this reporter, who covered the man throughout his legislative career — immediately recognized his trademark laugh.

“We were talking last night about his laugh, this ‘cackle’ that he had; you always knew where Willem was in the building,” Krowinski said. “It always made me smile, hearing him laugh.”

Lanpher was often in Jewett’s line of fire, when it came to mirth.

“He was a jokester,” she said, but added he picked his spots. 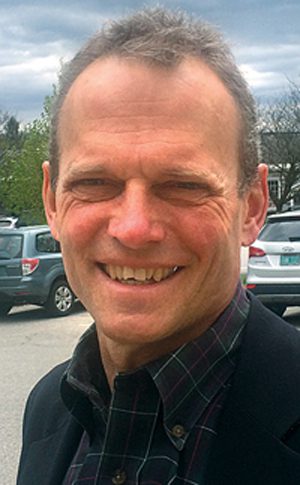 “He had wit in the middle of the most serious things that didn’t diminish the seriousness of the issue. He did such hard, serious work with a joyful heart, always making sure other members felt supported.”

There was a time when Addison County lawmakers made a point of picking seats close to each other in the House chamber. But Lanpher knew from the get-go that she should keep some extra space between herself and Jewett, knowing that he could easily make her break out in laughter, at any moment.

“Willem was in seat 88 at the time, and I made this decision that… if I sit too close to Willem, I’m going to get in trouble, like in school,” she said with a chuckle.

As majority leader, Jewett would have to sub for the speaker when that person was away. The speaker’s podium stands in front of a curtained entrance into the House well, which happened to be the most convenient avenue for Lanpher to get to her desk. She recalled bracing herself for some comical, whispered words from Jewett every time she whisked by in an attempt to be inconspicuous.

“He would say, ‘Lanpher! Say this thing when you get to your seat,’” she laughed.

But he was far from the “class clown.” Jewett used humor as a disarming tool to great effect.

Having spent the vast majority of his career on House Judiciary, Jewett had his hand in a lot of legislation related to the state’s courts, corrections system, and the legal aspects of a variety of legislation. He championed several bills during his tenure, including one aimed at establishing more effective search-and-rescue protocols for missing/injured hikers, in 2013. This bipartisan effort came on the heels of the tragic death of 19-year-old Levi Duclos while hiking a Ripton trail on Jan. 9, 2012.

“I know how deeply he felt as a human being, a dad and as a community member about that young boy,” Lanpher said. “He went to bat for that family and that cause, like no other.”

The national organization Mothers Against Drunk Driving named Jewett its “2016 Vermont Legislator of the Year” for his support of a new state law that expanded the required use of ignition interlock devices for people convicted of driving under the influence. Jewett, an avid cyclist, fought for the new measure in part due to the growing number of bikers who had been struck and killed by drunken drivers.

Rep. Peter Conlon, D-Cornwall, succeeded Jewett in representing the Addison-2 district. He knew immediately that he had a tough act to follow.

“I was fortunate to have Willem’s support when I first ran for his House seat, because from day one, folks in the towns he served told me I had big shoes to fill,” Conlon said. “I heard the same from his colleagues in House. Willem was not just a well-respected legislator, people really liked him personally. He was smart, funny, warm and a great advocate, right up to the end as he worked to update the Death with Dignity law.”

Jewett leaves a wonderful legacy, according to Conlon.

“Willem cared deeply about the people of Vermont, his district, and was devoted to Ripton,” he said. “We were all well-served with Willem on our side.”

Rep. Amy Sheldon, D-Middlebury, recalled Jewett as “a friend, neighbor and colleague, and he will be sorely missed. I am heartbroken at his passing and grateful that I was able to serve with him. His willingness to share publicly his struggles with cancer, and now, even at the end, his thoughts on improving patient choices for others, demonstrate his deep commitment to making the world a better for all of us. He was an articulate champion of doing the right thing, on the floor of the House and his eloquence stands out in my mind.”

Outside of the Statehouse, Jewett stood out as “friendly, happy, caring, intelligent, and a proud dad,” Lanpher said.

Serving with Jewett and benefiting from his insights has made Lanpher more aware of her duty, as the county’s most senior lawmaker right now, to be a good mentor to new legislators.

Paying it forward, with Willem Jewett as her inspiration.

“I had the benefit of having some tutelage and mentorship from someone who saw the purpose of government, and serving all the people,” she said.

Jewett waged a successful and public battle against cancer, using his position in the public eye to shed more light on non-Hodgkin’s lymphoma, a disease with which he was diagnosed in early 2008. The cancer that ultimately he couldn’t be eradicated from his body was mucosal melanoma.

Jewett shared his initial non-Hodgkin’s lymphoma diagnosis with the Independent in April of 2008. It was early that month that he detected a lump underneath his clavicle. He had it checked out by a physician, and tests confirmed it to be cancer. Even while confronting his own mortality, Jewett couldn’t resist a quip.

“I guess if I have a problem now on the energy level, it’s having too much,” Jewett said at the time, adding, “maybe (with chemotherapy) I’ll have the energy of only one person.”

Willem Jewett is survived by his daughters, Abi and Anneke, and his wife, Ellen McKay Jewett.