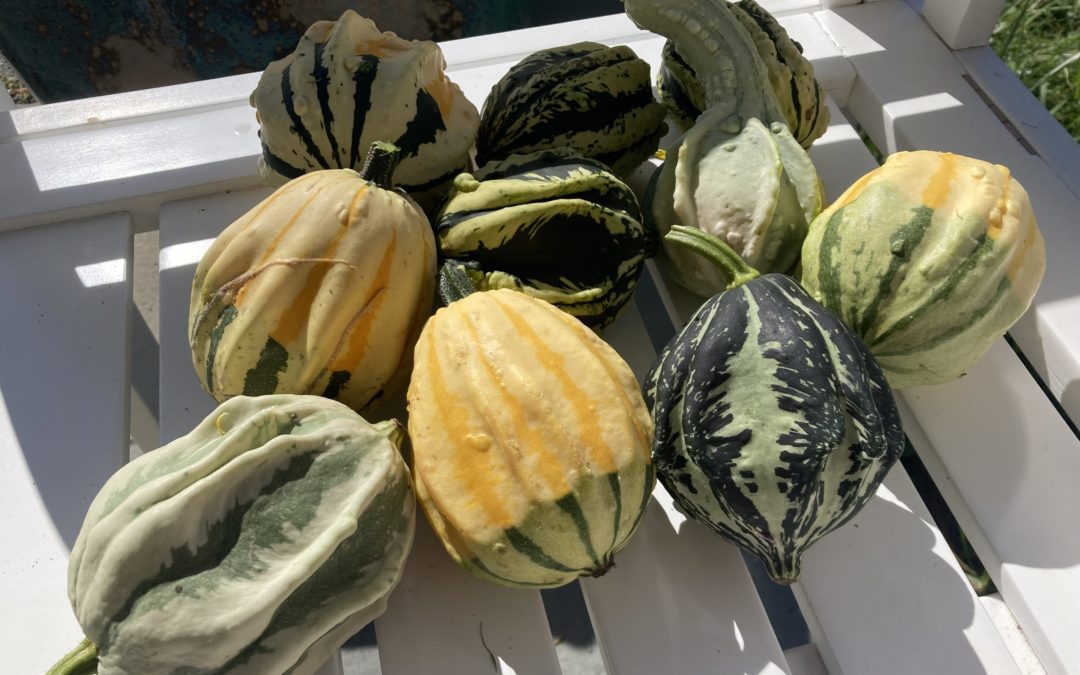 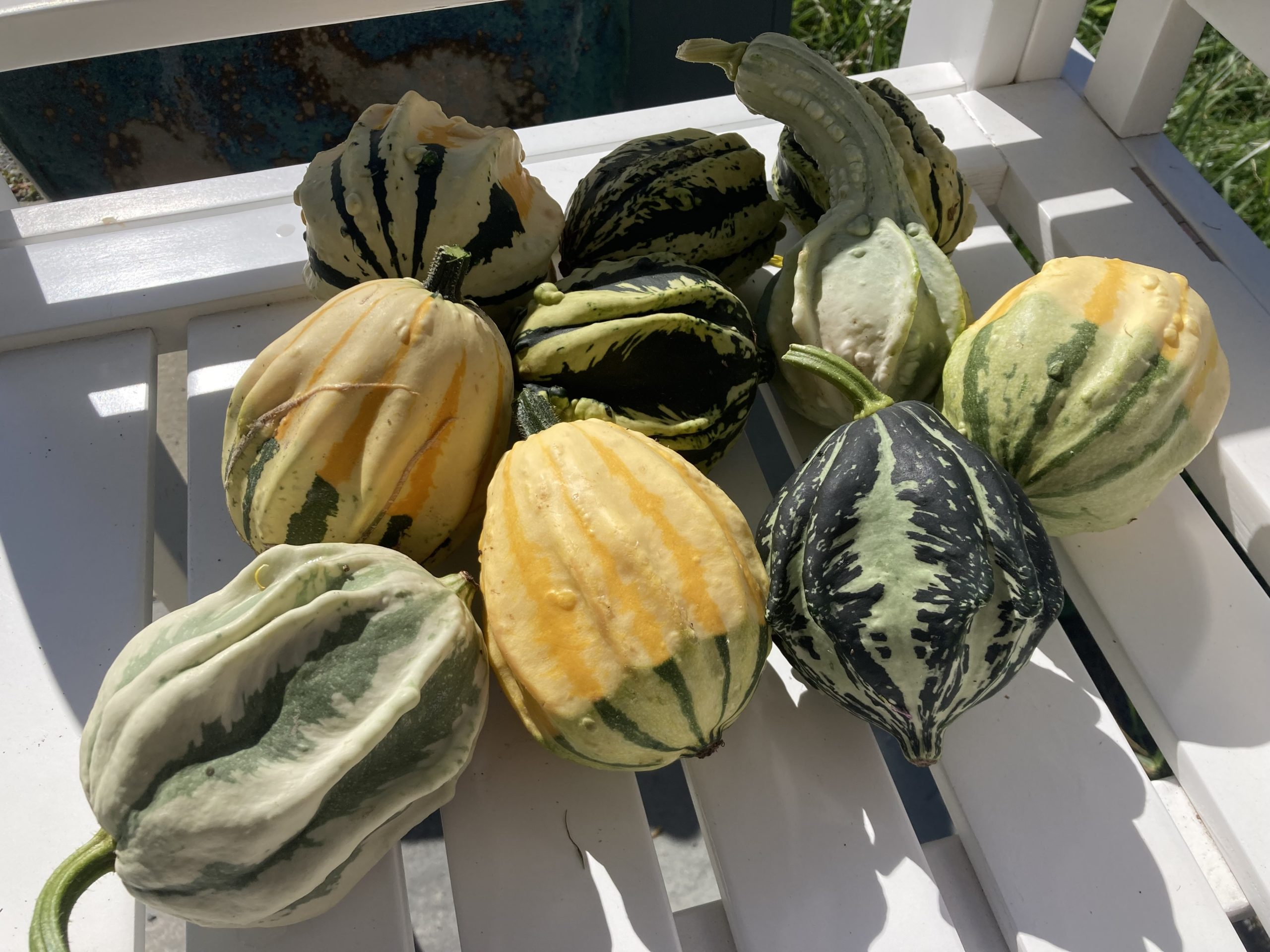 I tried to resist the urge to write about gardening this year. In past years I’ve always produced at least one column focused on the agony and ecstasy of my horticultural ventures, but this year it dawned on me that talking about your gardening is a little bit like talking about your health: It’s personal, and — while people will nod politely — nobody really cares.

Still, here I am, writing about my garden, because something unusual happened this fall.

My gardening trajectory is roughly the same from year to year. Sometime around March, full of optimism, I sit down with the seed catalogue to make a plan. I start some seeds indoors, in trays placed by my bedroom windows. Planting begins in late April and lasts through June. Tiny shoots and sprouts begin to appear — a miracle every time. I tend these new plants lovingly, with water and weeding.

Things start to fall apart every July, when we spend a week in Maine. Gardening, apparently, is incompatible with summer travel: The neglect of a single week sets my garden on a path to chaos. When I return, the weeds have asserted control for the rest of the summer. Some garden plants are flourishing, producing so much that I can never keep up and they go rotten or go to seed. Other plants have given up, and never live up to their early promise.

I puzzle over what went wrong. Were my seeds getting too old? Was it too wet? Too dry? Should I test my soil? I always land on the same explanation for my out-of-control garden: I have a lot of kids, and I’m prioritizing my humans over the plants.

It’s a nice excuse, and thanks to the arrival of our fifth child, it’s one I can continue to use for at least the next 16 years.

This past summer, what happened in my garden was more frustrating than usual. Many of the seeds I started in early spring didn’t survive to the transplanting stage: I had to start over with tomatoes, marigolds, and snap peas. My cucumbers appeared to flourish early on, but produced very little worth harvesting. Flea beetles were an issue. The zucchini became enormous overnight. I pulled off the miracle of growing a promising watermelon, but I had to harvest it early after my husband weed-whacked it by mistake. The week of neglect in July had its usual, weed-choked consequences. The tomatoes, once they got established, went feral. I have no idea why any of this happened; I was just trying my best to keep everything watered, weeded, and happy.

Sometime in August, as I was beginning to concede defeat, I noticed that a second, unofficial garden had sprung up without my noticing: This one was sprouting out of our compost bin.

Before you decide that my composting skills are just as shaky as my gardening skills, I’ll have you know that this has never happened before. Usually our compost stays obediently in its bin, and I turn it over twice a year.

My husband pointed out that the big difference this year was that our poultry couldn’t help. During a typical summer, our chickens and ducks treat the compost bin like a vending machine, scratching through it all day and consuming whatever strikes their fancy: leftovers, insects, and seeds. But this year, our poultry spent most of the summer on lockdown inside a fenced yard after a series of deadly fox attacks.

The result: Seeds that I’d thrown into the bin last year germinated in the rich compost, and by August our compost bin was overrun with towering sunflowers, lush tomato plants, and vines of butternut squash and pumpkins. Most of all, there were decorative gourds.

Ever since my friend Amy sent me Colin Nissan’s exuberantly profane rant on decorative gourds from McSweeney’s – the title of which isn’t even appropriate to share here – I can never think of decorative gourds with anything but irony. (It’s a funny piece, but I don’t endorse the language. Gong Kids: Do NOT look it up!)

It turns out that some people take decorative gourds very seriously. When I consulted online gardening sites, I learned that my process of clipping the gourds from the vine when they look pretty and piling them in a basket would shock a true decorative gourd enthusiast. Ideally, the gourds should be left to dry on the vine, then stored in a warm, dry, dim space until the seeds start to rattle inside. The final step is to seal them with shellac to preserve the color. “At that point,” one gardening site says, without irony, “it’s time to start thinking of exciting things to do with gourds.”

In other words: These are squash that have no practical use other than to provide seasonal beauty. And I think there’s a place for that.

We used some gourds to decorate our house, but we gave more of them away: to friends, to family, to my daughters’ school. This year, decorative gourds were the only thing I grew enough of to share liberally, and I didn’t even intend to grow them. I didn’t plant them, didn’t water them, didn’t weed them; they just appeared.

Which is a lot like life, actually: You may invest a lot of time, energy, and care in nurturing a pursuit, a career, a relationship, and despite your best efforts it may not thrive. But then you realize that something you’ve ignored — something just beyond your line of vision — has been flourishing all along, despite your neglect. Better still, it’s something you can share with others.

So, in addition to their bizarre beauty, decorative gourds may have another purpose after all: They may be a metaphor for grace.