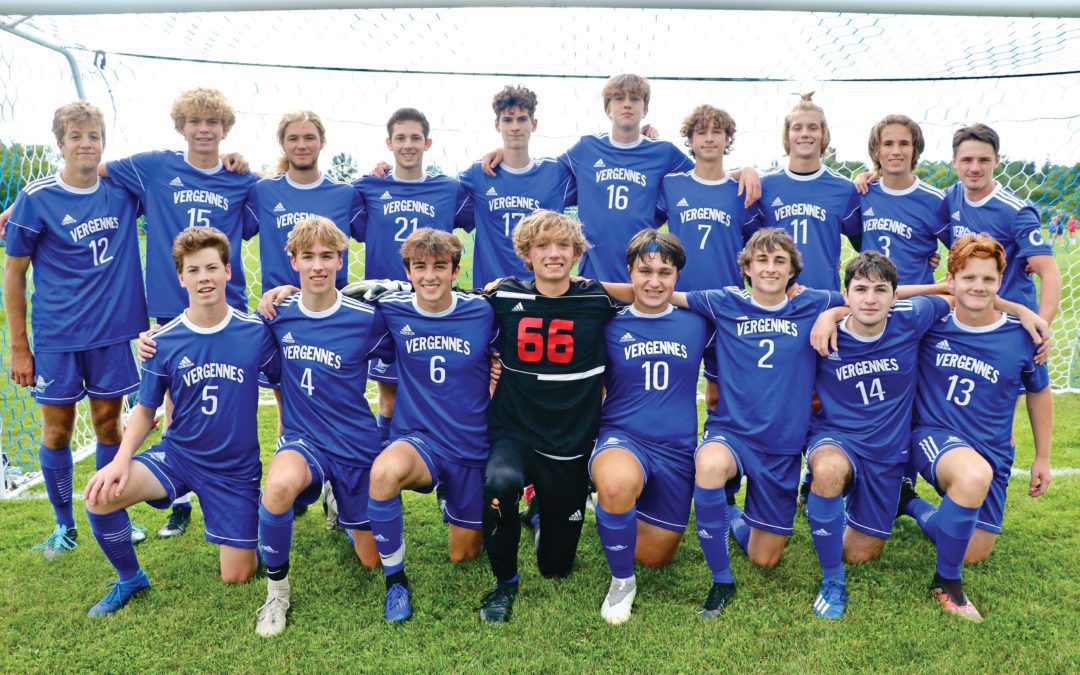 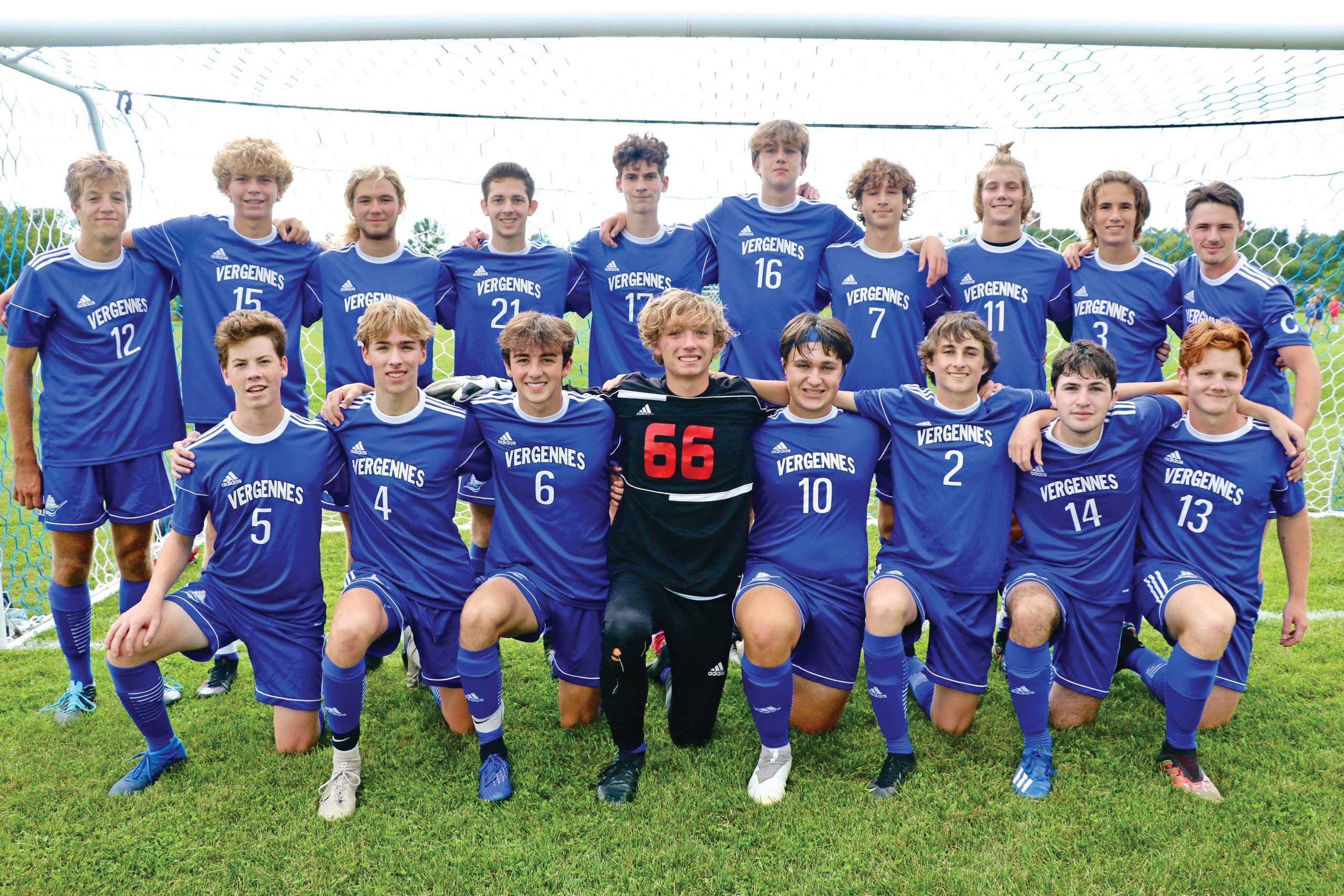 VERGENNES — COVID-19 shortened the seasons for the Vergennes Union High School teams in 2020, but it didn’t hurt their performances on the field.

Both soccer teams excelled, and the boys’ cross-country squad finished a respectable fifth in Division II.

While those teams look for more of the same or better, another two sports join the fall docket at VUHS. Golf has been revived, although there are more golfers at the middle school level than in high school. Still, a couple will compete for the varsity Commodore team.

A number of VUHS students also play on the Mount Abraham-VUHS cooperative football team, which is previewed in the Mount Abe essay.

Co-Coaches Dwight Irish and Peter Maneen’s girls’ soccer team has proven in recent years to be among the most consistently successful at VUHS. Granted, they’ve lost to three different foes, but the Commodores have made three straight appearances in D-III championship games.

Irish acknowledged graduation was a bit tough on the 2021 edition of the Commodores.

“Time will tell, especially with this group. We lost a few key people,” Irish said.

But Irish and Maneen have seen plenty to like, starting with talent that should help the Commodores dictate play in the center of the field — and score goals.

Seniors Felicia Poirier, moved from the flank to striker, is back, as is Ali Croke as a dangerous offensive center midfielder. Sophomore Kaelin Sullivan will work with Croke there, while sophomore Madelyn Giroux will line up as a central middie with a more defensive orientation.

Those four will be critical for the Commodores as they seek to control the action, Irish said.

“I like our strength up the middle,” he said.

Joining Poirier in the attack will be sophomore Siobhan Potter. Juniors Reese Gernander and Emily Lowe will probably run at flank midfield, overlapping on offense, with seniors Mykenzie Duffy and Ila Collette and juniors Eliana Matson and Frances Eckels also in the mix there. Ninth-grader Jing Williams will spell Sullivan and Croke in the middle.

Positions were in flux during the preseason, Irish said, and another key will be “getting settled on a rotation … to allow kids to settle into their roles.”

On defense, senior Ella Hameline is the only returner. She will play in the middle, probably in tandem with classmate Anna Carr. Irish said Williams and sophomore Lea Krause could also play central defense.

Irish said the rebuilt defense is quick and athletic, but will have to acclimate to the varsity level.

“We have decent speed in the back. Hopefully they learn the little parts of the game quickly enough,” he said.

Irish also noted his and Maneen’s teams have a track record of figuring things out.

“Hopefully it will mesh, and the upperclassmen will have breakthrough years, and we’ll just get better collectively,” he said. “That’s what’s served us well in the past.”

The Commodore boys earned the No. 1 seed in D-III in 2020. But they were upset in a taut semifinal by eventual champion Peoples and finished at 8-2-1, the program’s best mark in many years.

“We filled in quite well. The program is doing quite well,” he said.

“We’re running a different system this year, with three guys in the (center) midfield, Oakley, Jade and Jack, and I think our strength will be there,” Hayes said, adding he is looking for a more patient offensive approach that will vary its tactics.

To help make that system work, Hayes will probably move senior Jonah Mahé from a more offensive position to center back, where he can use his speed to snuff out through-balls and counterattacks and his soccer knowledge to anchor the back line.

“The organization I’m seeing from Jonah right now looks very good. He can really move the ball out of the back,” Hayes said, adding, “He’s a great communicator.”

Senior transfer Michael Serpico looks like the probable starter at right back, with junior returner Nate Muzzy on the left. Other candidates there include senior Hayden Bowen and junior Gideon Palmer.

The defenders will line up in front of a new goalie who Hayes calls poised and athletic: junior Abram Francis.

On the flank at midfield, Hayes planned to give juniors Elijah Duprey and Parker Kayhart the first shot, with juniors Henry Anderson, Eli Brace and possibly Bowen getting some time there as well.

Senior Ethan Gebo and junior Shamus Rooney, for whom Hayes has high expectations, are at least initially the top tandem up front, with senior Bradley Kutchukian and junior Xavier DeBlois in the mix there as well. If Hayes feels the offense needs a spark, he said he could also rearrange things and move Mahé to offensive center mid or striker.

Other positives Hayes sees are the team’s depth and its attitude.

“Every year I feel we can do well,” he said. “Last year was an exceptional year, but again, let’s just build on that. I know they’re hungry from last year to really go one or two steps better. That’s the goal right now.”

Neffinger’s first year coaching at VUHS was the 2020-2021 season, but she has taken coaching seminars and will rely on her own knowledge of a variety of the disciplines to move the teams forward.

“I’m pretty new at this,” she acknowledged. “But I’m really excited to grow the program.”

Early in the preseason, cross-country looked to be facing a rebuilding year. Five of the top seven runners who led VUHS to a fifth-place finish at the 2020 D-II state meet at Thetford have moved on, and no Commodore girls ran there.

Returning as a scoring runner is senior Chris Therrien, fresh off a summer of Army basic training. Sophomore Riley Gagnon ran for VUHS at Thetford last fall, and sophomore Calvin Gramling returns after some decent results in 2020. Sophomore Calder Rakowski and freshman Grey Fearon are the newcomers on the boys’ side.

Neffinger saw a hopeful note in the preseason when a trio of her runners fared well in the Vergennes Day 5-kilometer race.

“The three that did Vergennes Day, they all came in at around 20 minutes within five seconds of each other, so they’ll be great training buddies. And I think they’ll be fairly competitive,” she said.

On the girls’ side, there are two high school runners who can compete as individuals, senior Madeline DeGraaf and ninth-grader Torrey Hanna.

There are also about two dozen 5th- through 8th-graders on the middle school team to give Neffinger hope for the future of her VUHS programs.

“Getting a strong team together, so they can really grow together, is really what I’m hoping to do,” she said. “I really like the idea of the high school kids mentoring the younger kids and all being one big track family.”

Coach Jack McGuire is overseeing a bass fishing program with six middle school anglers joining the half-dozen on the varsity team for a sport that the Vermont Principals’ Association officially sanctioned.

McGuire, a Vergennes resident, describes himself as an avid recreational angler, but not a professional, who as time passed has become more involved in the sport on a statewide basis.

“As the years went by it just got bigger and bigger,” he said, adding, “People seem to think I’m a good fisherman.”

The VUHS program should be able to establish itself. The roster includes one senior, Richard Cosgrove; juniors Kaitlyn Little and Jackson Coffey; and three freshmen, Brody McGuire, Felipe Sanchez and Zachary Norris.

McGuire hopes to practice three days a week, weather permitting, including on Saturdays.

The Commodores will take to Lake Champlain for two tournaments based at the John Guilmette fishing access in South Hero, starting on Sept. 19. The championship will be held there on Oct. 10.

A third tournament will feature Vermont anglers vs. their New Hampshire counterparts.

McGuire said he’s looking forward to spending time out on the water with the Commodore anglers.

“I’m really excited to have this added as an option for a fall sport this year,” he said.

Socinski, a Champlain Valley graduate who played golf there, remembered golf at VUHS and asked Maneen if he could work to revive the sport, offering Basin Harbor as its home course.

“He reached out in the winter … to see if we would be interested,” Maneen said, adding Socinski sees VUHS golf “as an opportunity to bring more kids into a lifelong sport.”

Two VUHS freshmen signed up for the varsity program, Reed Grant and Devon Greenough. Four middle school students also signed up, and Maneen said they and the two freshmen attended sessions with Socinski at Basin Harbor this summer.

Grant and Greenough will compete as individuals this fall, and in coming seasons the program should have enough competitors — four — to compete as a team.

Maneen is optimistic golf will gain traction at VUHS.

“It’s a great opportunity for kids who are not necessarily interested in soccer or cross country,” he said.