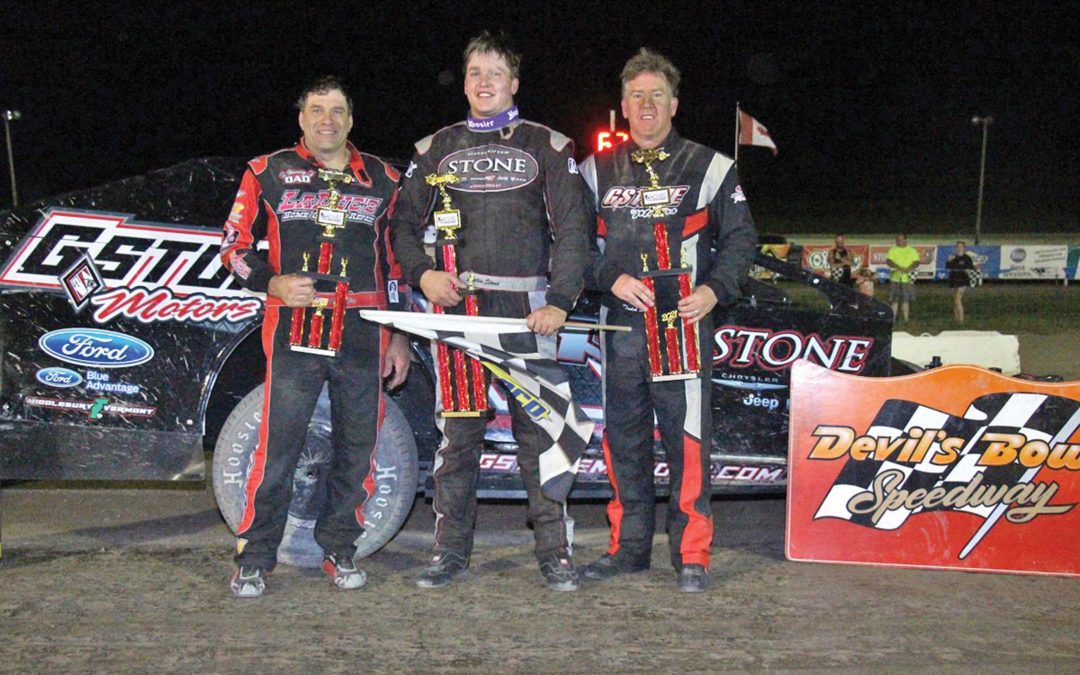 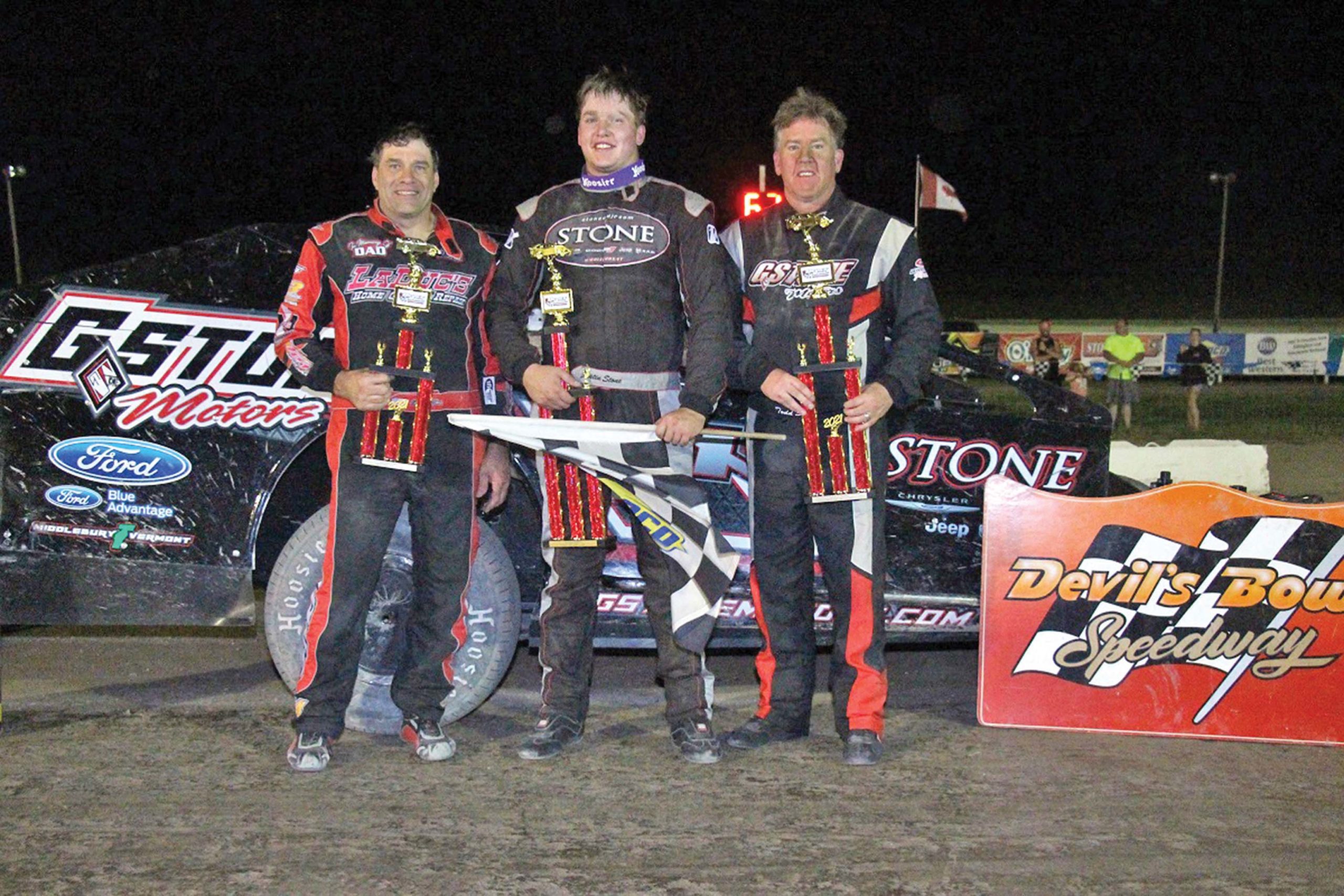 WEST HAVEN — “Legends Night” lived up to the hype at Devil’s Bowl Speedway on Saturday as an event that was created to bring back old memories ended up creating some new moments that will forever stand the test of time. A group of local superstars were saluted by the crowd, a legend-in-the-making defeated his three-time champion father, and an all-time favorite added an incredible chapter to the track’s history book.

Prior to the feature races for the evening, a group of more than 30 former champions and star drivers were assembled before the grandstand crowd for an entertaining Legends Night ceremony at intermission. The appreciative crowd welcomed and cheered drivers from Devil’s Bowl Speedway’s past, present, and apparent future, ranging in age from 80 to 15.

In the main event, the Stone family had its work cut out, with Justin Stone starting 17th on the field and Todd Stone starting 20th. Underdog Jason Bruno appeared to be headed for an upset win when his engine expired on lap 17. Adam Piper led the next handful of laps before Frankie Hoard III and Tim LaDuc arrived up front.

LaDuc seemed to be in control, but Justin Stone ripped through the field in the second half of the race. He arrived quickly at LaDuc’s back bumper, and then swung past him with just nine laps remaining to get out front. Todd Stone, making only his third start of the year, caught LaDuc in the final five laps and won the battle for the runner-up spot for an overwhelmingly popular 1-2 family sweep.

In the 25-lap feature, Comes shrugged off the memories of a tough Mid-Season Championship outing at the previous race to score his third win of the season and rebuild his point lead.

The Summit Up Construction Mini Stock division had another huge turnout with 34 entries, but that proved to be of little concern to Sumner, who earned his fifth win of the year. Sumner started 16th on the field and took the lead just before the halfway point before storming off to the victory.

Winners and local finishers on Saturday were: