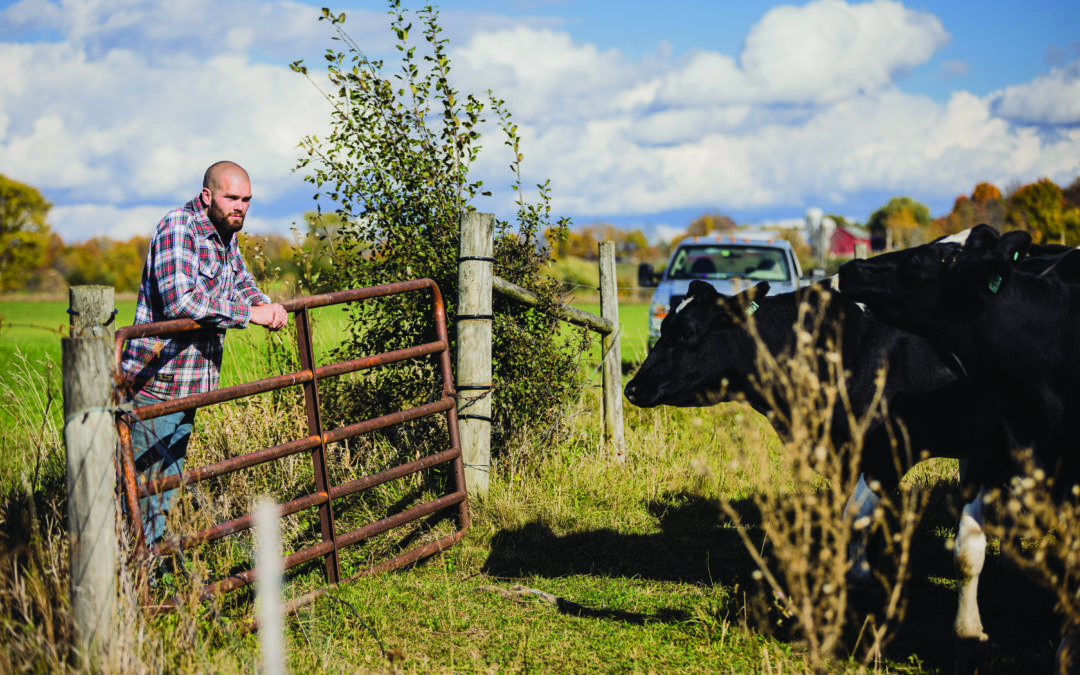 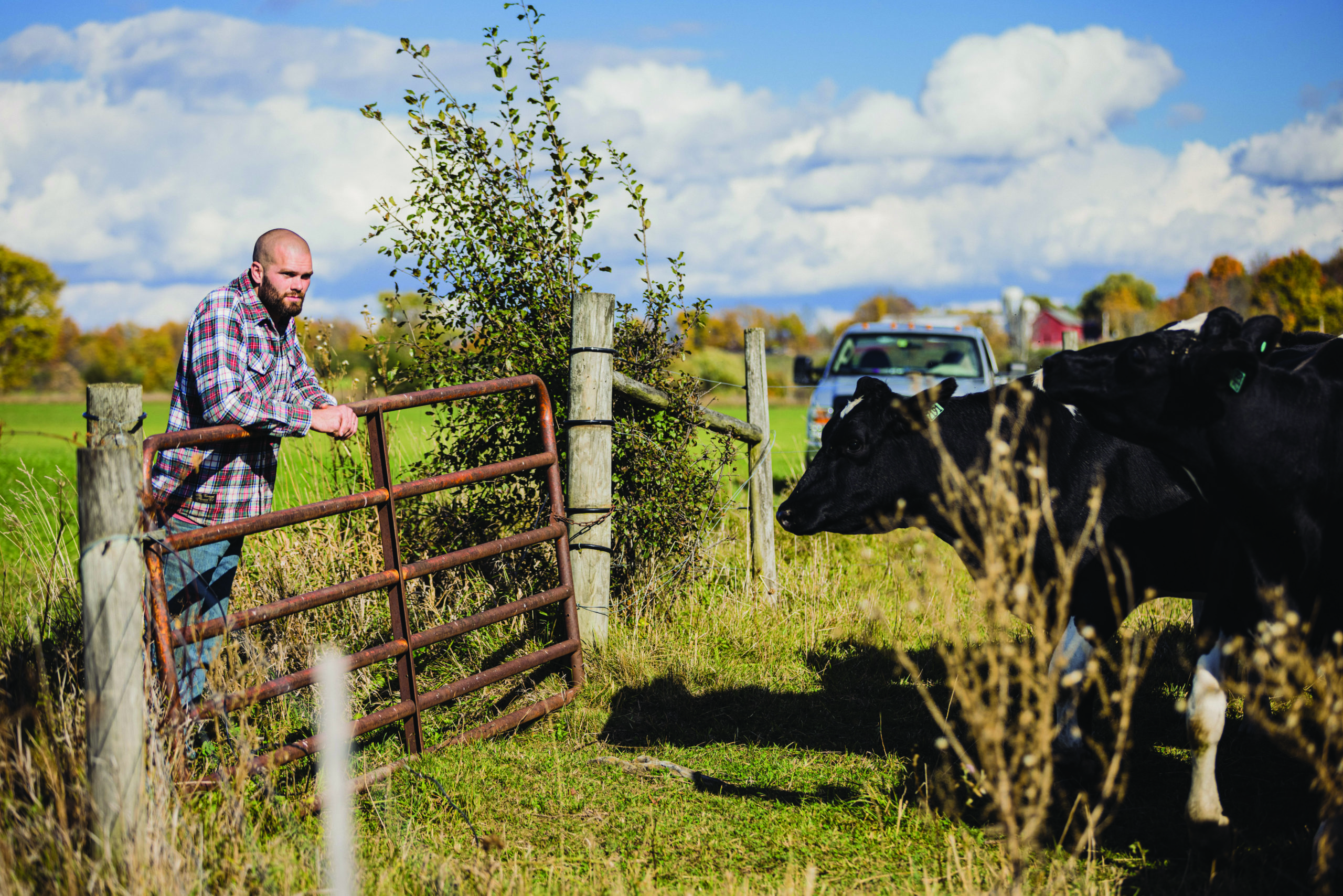 RAMSAY MELLISH AND his wife, Caroline, maintain and cultivate a diverse ecosystem on their Cutting Hill Beef Company farm in Cornwall.Photo by Oliver Parini
By John S. McCright

When Ramsay and Caroline Mellish moved their farming business from Newport Center to 380 acres of rolling pasture and fields off South Bingham Street in Cornwall five years ago they started to diversify from organic dairy into raising beef cattle under the name Cutting Hill Beef Company.

They said they wanted to ensure two things: That they follow regenerative agriculture methods and that they refrain from using pesticides.

They defined “regenerative agriculture” as a system of farming principles and practices that increases biodiversity, enriches soils, improves water quality and in overall produces a more positive feedback loop with the environment.

Ramsay can wax eloquent about the benefits of regenerative agriculture. And while he said an important benefit of the practice is the sequestration of carbon from the atmosphere into the soil (a win in the battle against climate change), he gets excited about the microbiology of the soil.

“A perennial pasture is about as diverse an ecosystem as you can have, with dozens a plants and tens of thousands of microbes,” he said. “It’s really the microbiology of the soil where the diversity is. You don’t want to be tilling and bringing microbes up to the surface and killing them.”

So pasture is crucial.

Ramsay Mellish said that Cutting Hill builds soil hummus through proper grazing of ruminant livestock on the pasture. “Proper” means using intensive rotational grazing on individual plots within the pasture by setting up movable paddocks that focus the cows’ grazing on a spot on the place where that day “the grass is at the exact right stage to be eaten.”

In an ideal regenerative set up, Mellish would never till his soil.

“If I had it my way I wouldn’t own a single tractor,” he said.

But the New England winter means that cows can’t just eat off the land year round, so he has to store food for them for the winter.

“It can be done in regenerative fashion, but it is not as pure as a ruminant grazing,” Mellish said.

But Cutting Hill does keep its animals outside as late in the year as possible — even after the first snow. If he is careful and cultivates certain fescues that grow into the cold-weather months, there is still some feed for the cows.

By using composted manure and sawdust, he eliminates the need for commercial fertilizers on the pastures. And that encourages the microbes, which help the ruminants process the grasses and legumes they eat. And that creates more manure to compost to put on the soil to help build it up and produce plants to feed to cows.

“It’s a give-and-take thing,” Mellish said. “Ruminants (cows) are only animals that can turn grass and legumes into edible human protein.”

And following the best practice for building soil and microbe diversity allowed Cutting Hill to weather last summer’s drought conditions better than some of their neighbors.

It’s tough for everybody, but if you graze properly you always do better,” Mellish said.

That’s because his soil can retrain more water, and it hosts healthy plants with strong root systems.

“It’s quite a living, breathing system,” he said.

But regenerative agriculture is not an easy system to follow. The Mellishes are taking the long view, and continually working to improve the soil.