Ripton Elementary School is at a crossroads 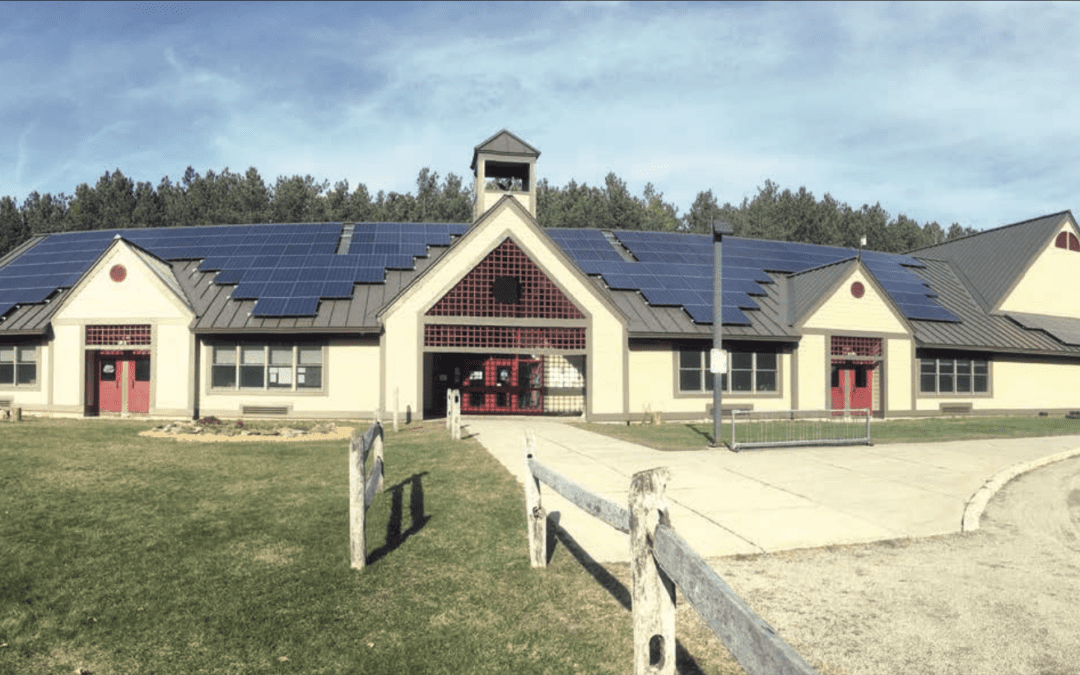 Ripton Elementary School is at a crossroads

RIPTON ELEMENTARY SCHOOL
By John Flowers
RIPTON — Ripton’s bid to withdraw from the Addison Central School District will again take center stage before the Vermont State Board of Education (SBE) next Wednesday, May 19.
Officials and attorneys representing Ripton have already delivered an initial round of testimony to the SBE, back on April 21, in an attempt to convince the panel that the community should get permission to leave the seven-town ACSD and become its own independent school district.

Ripton leaders see independence as a path toward maintaining its local elementary school — tentatively targeted for closure by the ACSD — and tuitioning its older students to secondary schools, with Middlebury Union middle and high schools a top choice.
A majority of residents in Ripton and the other ACSD-member towns of Bridport, Cornwall, Middlebury, Salisbury, Shoreham and Weybridge have already endorsed Ripton’s independence effort at the polls. It’s now up to the State Board of Education to determine whether Ripton students “will attend a school that is in compliance with the rules adopted by the State Board pertaining to educational programs,” according to state statutes. If so, the SBE can clear Ripton to reconstitute a local school board and take over responsibility for Ripton Elementary.

The state board would also determine an appropriate union district with which to affiliate Ripton, for central office, special education and other ancillary services. Documents on file with the SBE show Ripton is currently looking to affiliate with the White River Valley Supervisory Union based in Royalton to receive those services. The Granville-Hancock Unified School District is part of White River Valley SU.

ACSD leaders on May 19 won’t be asking the SBE to deny Ripton’s request to withdraw, according to Superintendent Peter Burrows.
“Ripton has made it clear that it wishes to operate outside of the Addison Central School District, and our towns have approved of that withdrawal,” he said. “The ACSD board has not taken the position to request to the State Board of Education that Ripton stay in ACSD.”
If the SBE approves Ripton’s request to withdraw, it will also need to determine whether the ACSD should remain a unified union school district.

If the state board decides the ACSD should continue as a unified union school district, it will then need to determine whether to create a new, multi-member supervisory union with the ACSD and the Ripton School District as its members; or allow the ACSD to remain a school district and either:
•  Assign Ripton to a different supervisory union.
•  Designate Ripton as its own school district.
•  Take some other action to adjust the supervisory union boundaries in the region pursuant to state law.
It’s clear ACSD officials are opposed to the prospect of dealing with a supervisory union structure as part of Ripton’s withdrawal process.
“A supervisory union structure is very different from a school district structure, and completely changes our governance model,” Burrows explained. “It creates multiple entities within an overarching governing board that requires significantly more time to maintain basic operations and less time focused on cohesive, student-centered work that impacts teaching and learning. Having worked within a supervisory union, and now a school district, I know firsthand the power of a community coming together, as one unified district, to establish systems and work towards our primary goals of equity and success for all students.”
Ripton officials acknowledged Burrows’ concern.
“Reintroducing a (supervisory union) on top of ACSD would afford the benefit of familiarity and continuity — especially as it pertains to special education and Ripton students going to MUMS and MUHS,” reads a submission by Joanna Doria, a member of Ripton’s executive committee, an appointed body working on the school issue. “However, after being in close communication with White River Valley Supervisory Union and its Superintendent Jamie Kinnarney, we, as the designated persons of Ripton, feel it is in Ripton’s best interest to align with WRVSU.
“Our priorities and vision appear to align nicely with the current Road Map for Success that WRVSU has articulated,” Doria added.
It should also be noted that the six other towns in the ACSD will ultimately be asked to approve Ripton’s final exit plan.

STATE BOARD CONCERNS
Ripton’s withdrawal effort — once seen as fairly straightforward — has hit some bumps at the SBE level.
In a May 3 letter to members of Ripton’s executive committee — made up of town officials, school boosters and other residents — SBE Chairman John Carroll raises several concerns, including about a potential surge in education costs Ripton residents might have to bear as an independent district.
“As a single small-town district, Ripton alone will bear all costs for a small K-6 elementary school, and the district will have to pay tuition for all its grade 7-12 students,” Carroll stated in his letter. “Moreover, the new Ripton district will probably belong to an SU where few, if any, of Ripton’s 7-12 students actually go to school. This will mean that Ripton will have virtually no control over the cost and quality of education for nearly half its students.”
Carroll referred to discussion at the April 21 SBE meeting that raised other concerns, including:
•  A possibility that Ripton Elementary School “may lack adequate or appropriate staff needed to meet state requirements when it re-opens as a district school for the 2022-23 school year.” (Ripton will operate within the ACSD, as it has in the past, for the 2021-22 school year.)
•  A possibility that tuitioning half or more of Ripton’s K-12 students — in a situation where Ripton will have little control over costs — will “place unsustainable financial burdens on the new Ripton school district, possibly forcing the eventual closure of the Ripton Elementary School.”
So among other things, Ripton will have to demonstrate to the SBE on May 19 that it has a home for all its students if economics and enrollment trends make its elementary school unsustainable.
“Accordingly, the State Board asks that you present, at the board’s May 19 meeting, commitments in writing which demonstrate, for the five years beginning July 2022, that, should it become necessary, schools in nearby communities will collectively be able to accommodate all Ripton students in grades K-12.”
Ripton officials told the Independent they’re coming up with answers for the SBE.
“The Executive Committee is working tirelessly to address all of the SBE concerns,” said Doria. “We have gathered data and built an example RES budget. We have also met with the WRVSU superintendent, who was allowed by his board to start to engage with us, but nothing further. That board has concerns with the geographic footprint getting too big and administrator burnout, both valid in my mind.”

RIPTON DEFENSE
Ripton selectboard member Laurie Cox said she and her colleagues have reached out to other school districts to determine if they could receive Ripton’s children, if need be.
Cox said she’s gotten positive news on that score from the Rutland Northeast SU, the Mount Abraham Unified School District, the ACSD, and Middlebury’s Bridge School. Ripton officials have also reached out to Rochester Elementary School.
Those working on behalf of Ripton’s educational independence believe they can prove that the town can take innovative steps to cut school costs in a manner that could stem big tax increases. For example, boosters earlier this year pitched the idea of earning income from unused space at Ripton Elementary, whose enrollment has been hovering in the 50-students range of late.
“It is our intent to engage very talented thinkers and very creative funding ideas to keep our taxes close to the rate where they now stand,” said Molly Witters, another member of Ripton’s executive committee.
As of this writing, local officials were reluctant to share potential K-12 education cost for an independent Ripton due to a lack of clarity on a number of factors that must be built into a budget that would ultimately be decided by town voters.
“Until we know our SU assignment, teacher commitments and the future of healthcare funding, predicting tax rates is irresponsible,” Witters said. “Our town has supported the notion that it has more worth with a school in its midst — both in social and property value. Once we gain control of our own school, the Ripton voters will again have the power to ratify or reject school spending as they see appropriate.”
Cox believes Ripton can make its case to the SBE, but said the current process has precluded the town from doing some of the heavy lifting for independence.
“We can’t have a school board until (the SBE) tells us we can have a school board,” she cited, as an example. “We can’t promise teachers jobs, we can’t hire, we can’t do any of that yet, because we aren’t a school board.”
Expecting Ripton to have its K-12 education roadmap completely charted at this point is unrealistic, Cox believes.
“It’s kind of like the Arab Spring,” she added. “People work and get a change in government and they may even get Democracy, but boy, even in our country, democracy doesn’t work unless you keep working at it. We sometimes forget that.”
Reporter John Flowers is at johnf@addisonindependent.com.