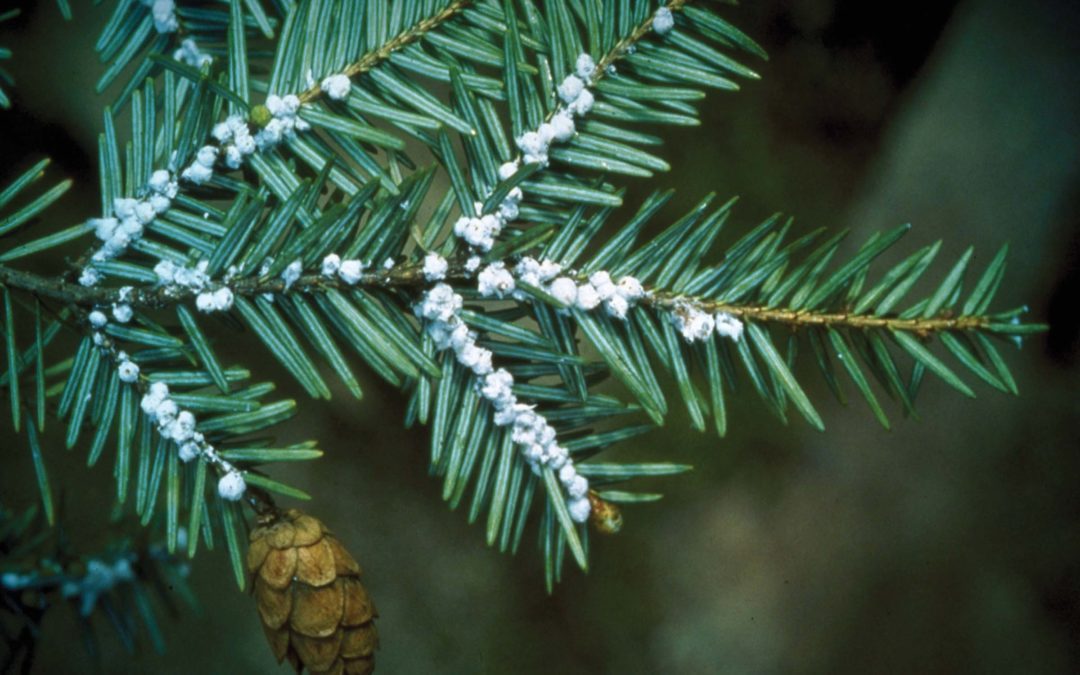 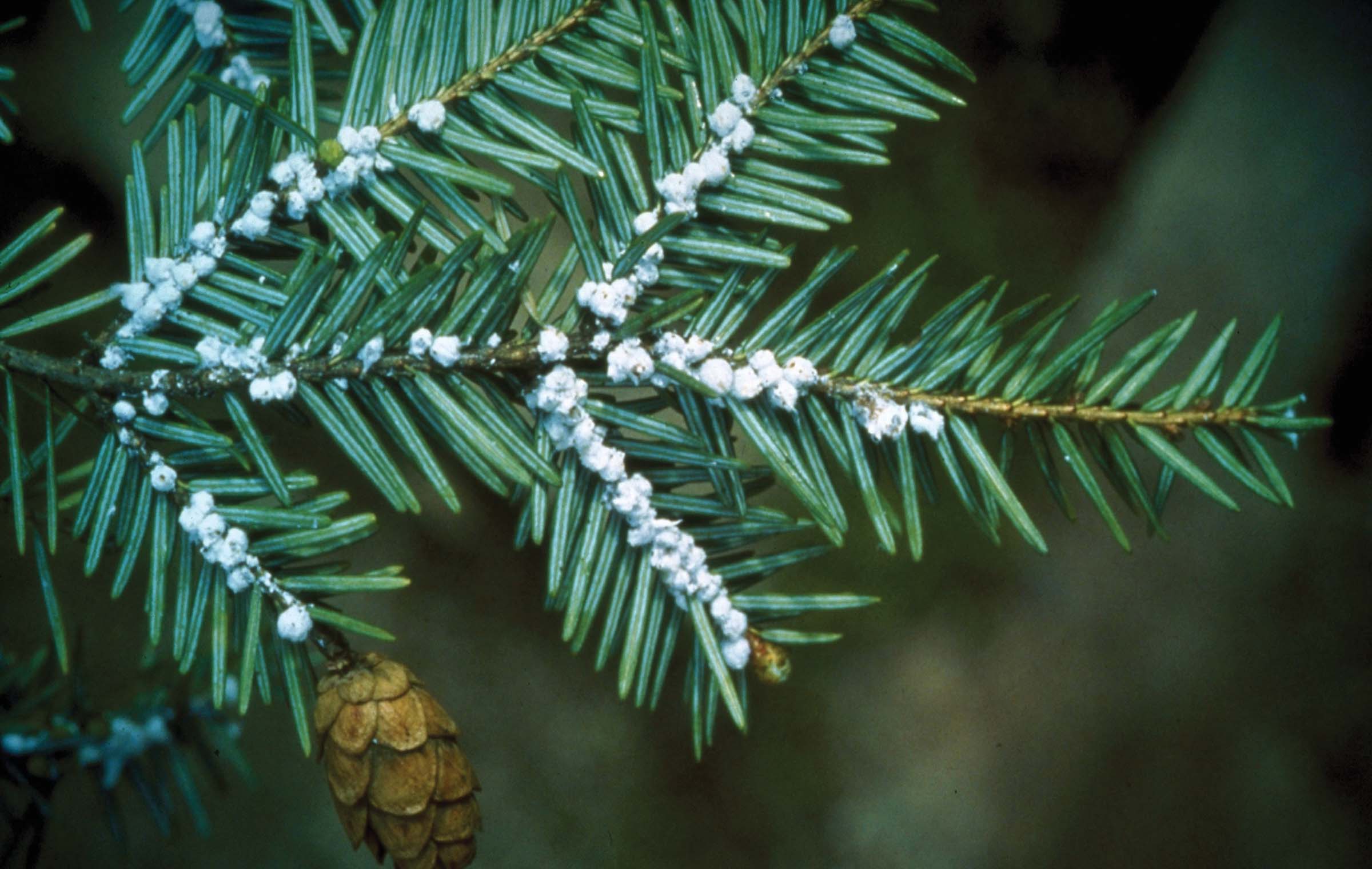 As you hit the trails this winter, take a close look at Vermont’s forests. Some trees are threatened by invasive forest insects, and in some places, you might be the only one to spot them.
The three pests to be on the lookout for when exploring our forests are the emerald ash borer, hemlock woolly adelgid and Asian longhorned beetle. If you see signs of any of these pests, take photos, snag the GPS location and submit your findings at vtinvasives.org using the Report It! link.
The emerald ash borer, an invasive beetle native to southeast Asia, was first confirmed in the United States in 2002 and first detected in Vermont in 2018. It is now established in 35 states and five Canadian provinces. All of Vermont’s native ash trees (green, white and black) are threatened by this forest pest. Nearly 99 percent of them will likely die if infested.
You can help slow the spread of this pest by looking for signs and symptoms of the beetle. These include ash trees with patches of “blond” bark flecked off by grub-hungry woodpeckers, a dying canopy, new branches growing low on the main trunk or s-shaped galleries or tunnels just under the bark of the tree.
Hemlock trees, a keystone species in northern forests, provide food, shelter and shade to wildlife across the region and keep our trout streams cool. Hemlocks are threatened by the hemlock woolly adelgid, a small, aphid-like insect that feeds on starch in hemlock twigs. Vermont has implemented a biological control program to keep the populations down. This tiny bug is currently in southern Vermont but has the potential to move north as it has been spotted in sections of central New York and New Hampshire.
Look at the underside of hemlock branches for small, white, cottony balls lined up along the twigs. Most new detections come from residents and visitors reporting suspect trees.
The Asian longhorned beetle feeds on many hardwood trees, but its preferred snack is maples. The only known way to control this pest is to cut down infested trees. States with infestations have cut down and destroyed thousands of trees in their efforts to eradicate the pest. Although not yet present in Vermont, if it gets a foothold here, this pest could devastate the rural and urban landscapes we know and the maple sugaring industry we love.
Look for perfectly round, dime-sized exit holes, at least a half inch deep. Egg mass sites appear as shallow, round scars or half-inch depressions in the outer bark.
With your help we can keep these invasive forest pests from destroying the forests that we love for outdoor recreation, sugaring and other forestry-related activities.
You can learn more about these insects and other invasive forest pests at vtinvasives.org.
Ginger Nickerson is the Forest Pest Education Coordinator at the University of Vermont.