Faith Gong: Life with a saint 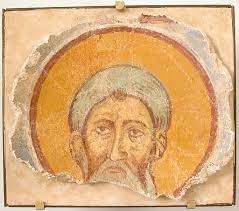 Faith Gong: Life with a saint

I’ve begun to suspect that I may have married a saint.

To be clear, it didn’t take me 20 years of marriage to figure out that my husband, Erick, is a uniquely kind, generous, and principled human being; he’s been that way as long as I’ve known him, and his fundamental goodness is one of the things that first drew me to him.

But lately, Erick has added a series of ascetic practices to his life that make me wonder if he’s displaying the early warning signs of becoming a desert hermit. He’s not yet wearing sackcloth and ashes, or practicing self-flagellation, but it may be only a matter of time.

Erick is no stranger to discipline, self-denial, or extreme frugality. When I met him he was managing a hedge fund in Greenwich, Connecticut, but his only earthly possessions were confined to a few plastic bins. Then, as now, he wore his clothing until it literally fell from his body in tatters. (Much to his children’s chagrin, he takes great pride in several Sesame Street t-shirts and a black trench coat that date back to his high school days.) I have long been baffled by his habit of suddenly cutting coffee entirely out of his life for weeks at a time so as to avoid becoming dependent. He eschews all social media and imposes strict controls on his internet use. Yet he will tell you humbly that all of this discipline is necessary…because he lacks willpower. (How’s that for circular reasoning?)

This is the husband I’ve known and loved for two decades, but over the past six months he’s taken his monkish habits to the next level.

It all started with a routine physical and some elevated cholesterol levels. This shook Erick to the core because, although he has a genetic predisposition to high cholesterol, there was absolutely nothing in his lifestyle that appeared to be a contributing factor. Taking care of his health is important to Erick because he has six dependents to consider; our youngest child is only three years old, and his dad wants to be around as long as possible. He eats healthily, exercises regularly, isn’t overweight, never smoked, and drinks alcohol in moderation. He didn’t want to take medication unless absolutely necessary, so what changes could he possibly make that might lower his cholesterol?

It turns out that you can always go more extreme.

Erick is a researcher by training, so he immediately started looking into practices that had proven health benefits. Among his biggest inspirations are Andrew Huberman, a Stanford neuroscientist who researches brain plasticity and neural regeneration; Wim Hof (known widely as “The Iceman,” or — in our house —“the crazy Dutch guy”), who advocates cold therapy; the longevity show “Limitless with Chris Hemsworth”; “The Drive,” a longevity podcast hosted by Dr. Peter Attia; and the book The Good Gut: Taking Control of Your Weight, Your Mood, and Your Long-term Health.

The results of all this research are most evident in a typical day of Erick’s life. He wakes up and spends about 30 minutes in prayer and meditation, then immerses himself in a freezing cold bath for 10 minutes. He practices intermittent fasting, which means that most days he skips breakfast and lunch. He breaks his fast in the afternoon with a large salad, or some yogurt (very important for your microbiome and gut health!), or something with a lot of fiber (often a bowl of Grape Nuts cereal, more commonly known in our house as “sand.”) He’ll exercise by swimming or running. (This year, he and some high school buddies are in a friendly competition to meet the U.S. Navy’s physical fitness standards for their age category, so he’s trying to get his mile time down.) He’ll often prepare his own dinner consisting of fish, whole-grain rice, salad, and kimchee. (Kimchee is apparently excellent for the gut microbiome, but our children will never forget the unfortunate time Erick came home with extra-garlicky kimchee, which stank up our entire house whenever he opened the jar.)

After dinner, Erick puts on a pair of blue light glasses so that our computer screens don’t disrupt his circadian rhythms. He spends some more time in prayer and meditation. And because he’s heard that “sleeping cold” is best for optimal sleep, he recently informed me that he’s getting a cold pad for his side of the bed.

The excellent news is that, at his most recent checkup, Erick’s cholesterol levels had dropped astronomically — far more than he expected, and more than any person should be able to accomplish without medication. I am thrilled for him.

But I’ve realized that there’s a good reason why most monks remain unmarried: It’s hard to live with someone who maintains such ascetic practices without acquiring a massive inferiority complex. Erick’s habits don’t impact me directly, nor has he ever tried to impose them upon me, but it’s almost impossible not to feel lazy and gluttonous next to his saintly levels of discipline.

The truth is, I look forward to breakfast and a big cup of coffee each morning; I look forward to my hot shower and warm, cozy bed every night. I like yoga and long walks as much as the next person, but it’s my daily practice of teatime — a mug of tea and a completely unhealthy baked good — that often sustains me through long days of children’s endless questions, toddler tantrums, moody teenagers, mountains of laundry, and miles of shuttling kids between activities.

If my children have a desert father, then they have a “dessert mother.”

But I’ve decided that’s okay. Erick finds comfort and satisfaction — strange as it may seem to me — in his cold baths and fermented foods. I find comfort and satisfaction in my hot showers and warm drinks. There’s no need for me to begrudge him his habits or feel inferior because of mine. Life is complicated enough without comparison, especially to those whom we love.