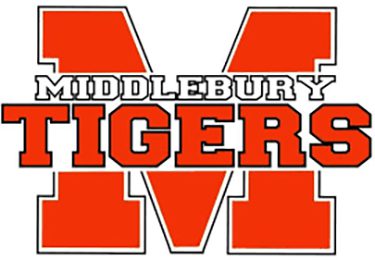 “Discrimination of any form can no longer be allowed and these incidents must not be ignored or swept under the rug.”
— MUHS girls’ basketball team

MIDDLEBURY — The members of the Middlebury Union High School girls’ basketball team chose not to travel to Enosburg Falls High School for a game this past Thursday citing a history of racist harassment of Tiger athletes at the Franklin County school.

The team last week posted a statement on Instagram that read:

“Over the past three years, with three separate incidents, Middlebury athletic teams have experienced racist attacks from Enosburg spectators. Enosburg has displayed patterns of hate speech toward members of our community and other communities around the state. Following these events and further interactions with Enosburg administrators and school officials, Enosburg does not seem to have addressed these issues with the robustness that is required.

“Discrimination of any form can no longer be allowed and these incidents must not be ignored or swept under the rug. We feel that the blame should not be placed solely on the individuals who made the racist comment, but rather this is a systemic issue that must be addressed more holistically. The Middlebury Union High School girls’ basketball team feel that they need to take a stand and will not tolerate racist behavior for fans or spectators. It is for this reason that we have made the decision to forgo traveling to Enosburg Falls High School for our scheduled game.

“It disheartens us to be writing this and we hope that more will be done within the Enosburg community to take action and prevent further acts of hate from being displayed. As a team we do not feel comfortable or safe traveling to participate in competition with Enosburg.”

According to a Jan. 12 Seven Days story, Franklin Northeast Superintendent Lynn Cota said that her school district, including Enosburg Falls, “agreed to work with Middlebury to prioritize their students’ safety around the basketball game and have gone even further to invite Middlebury to work with us and together with our students to continue to learn and heal from the harm that has occurred.”

Cota also wrote a letter to the Enosburg Falls community after the Tiger team’s decision.

“Enosburg has been and wants to be at the table to talk about this,” Burrows said. “I have had direct communication with the superintendent, and I know she’s very committed to this.”

But Altemose described the run-up to the decision by the members of the team as including dissatisfaction with Enosburg administrators’ proposals for dealing with their concerns.

“They handled this situation with a lot of thought. We had many discussions. There were multiple (discussions) with … our admins, and Enosburg’s administration. So there was definitely a lot of conversation, a lot of thought,” Altemose said. “We didn’t come to this decision quickly or easily. It’s a tough conversation to have, and I’m really proud of the girls because I think more people need to be having these hard conversations, ultimately about how to treat people respectfully.”

Burrows made it clear the choice was student-driven due to an issue that he said has cropped up too many times in Vermont in recent years, not just at Enosburg.

“It wasn’t a decision that was made ‘together with.’ Certainly the administration has been a conduit with Enosburg in talking through how to bring these issues to real conversation. And I think that continues,” Burrows said.

“I think you can look around Vermont and see that it’s been a conversation. We’ve been facing this kind of racist, oppressive language at athletic events that we have to stand up to and can’t tolerate. And I think our job as administrators is supporting our students. And our students thought this was the right thing to do for them.”

Officials at both schools and the Vermont Principals’ Association, which governs interscholastic sports in the state, determined that the Jan. 12 date was a “non-game” and thus was not a forfeit.

The fate of a Feb. 7 game in Middlebury between MUHS and Enosburg Falls will be evaluated as the date draws near.

The Independent can confirm two of the incidents referred to in the Instagram post, although it is not clear what the third event is to which the team referred. One was widely reported: A member of the MUHS JV girls’ basketball team was harassed at Enosburg on Feb. 9, 2022.

VT Digger reported on the aftermath in a 2022 article:

“At least one Enosburg Falls High School student has been disciplined after an internal investigation confirmed that they used racist language during a girls’ junior varsity basketball game last week against Middlebury Union High School.

“The results of the investigation were shared … in a letter from Enosburg Falls High Assistant Principal Timothy Trevithick. The school’s principal, Joseph Donarum, was put on leave Feb. 11 after repeating offensive language over the building’s intercom system that students had allegedly used during the game.

“In addition to being disciplined, at least one Enosburg Falls student also will ‘be asked to engage in learning about this behavior and make amends,’ Trevithick said.

“The school’s investigation also found that a separate ‘inappropriate statement’ was made during the game, though officials have not been able to identify who made it.

“And, school officials identified an adult in the community who has made ‘inappropriate statements’ at school events before, Trevithick said. Officials will contact them, he said, ‘to ensure that the safe and welcoming standards of our school and school events are respected.’”

Separately, the Independent learned that one member of the MUHS girls’ soccer team was allegedly racially harassed this past fall by at least one Enosburg spectator, and another member of the team chose not to travel to that game.

According to Seven Days, internal investigation by Enosburg Falls school officials cleared players of the allegations, although other reports indicated spectators were also involved in the name-calling.

Enosburg is not alone. On Jan. 13, Seven Days reported Rice and Burlington high schools had postponed girls’ basketball games against Champlain Valley this week after learning about a TikTok video posted by a CVU player that contained the athlete using the N-word.

In 2016 Seven Days reported that a fight broke out at a Burlington football game vs. Rice in which “participants hurled racial slurs along with punches during a brawl behind the bleachers.” The story said a Rice student also brought a sign “that characterized Burlington players as convicts and gang members.”

The Barre-Montpelier Times-Argus reported in November 2021 that racial slurs were apparently used by athletes at a football game between Mill River and Otter Valley. The paper printed a joint statement from the two schools that read, in part: “Athletes reported escalating ‘trash talk’ during the game, and the allegations of racial slurs were brought to school leaders’ attention after the game was completed.”

The Burlington Free Press reported in October 2021 a match referee stopped a girls’ volleyball game between Burlington and South Burlington because “racial and transphobic slurs” were directed at Burlington players.

In response to these and other incidents, the Vermont Principals’ Association (VPA) has worked to address racism in school activities. The VPA created an online form to allow reporting concerns; required officials to take anti-bias training; formed a Diversity, Equity and Inclusion Committee comprised of school leaders, and crafted a statement banning “hazing, harassment and bullying of any kind” that most schools read before sporting events.

Altemose put his team’s action in the context of this larger backdrop.

“It just seems concerning this level of disrespectful of other people, fans, athletes, whatever, is happening more and more. It’s disturbing,” he said. “Our girls decided this was not the first incident that occurred. There have been multiple incidents from this community directed at athletes on our teams, not just basketball, and they decided they wanted to make a statement,” he said.

“There are a limited number of people of color at our school, but there are a lot of people on our team who are concerned and recognize this is an issue and have strong feelings about standing up for what’s right.”