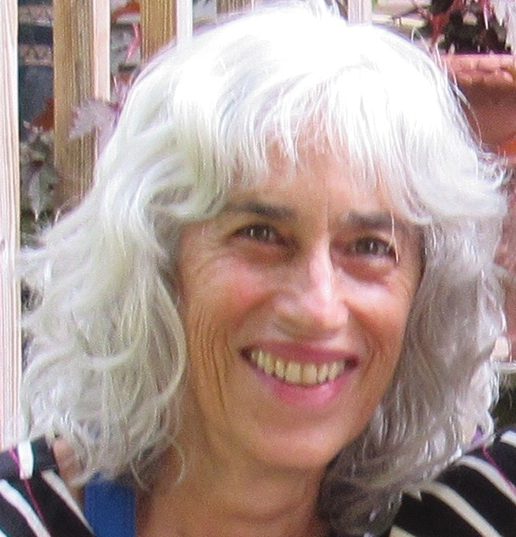 Some years ago a gentleman named Jim could be spotted around Addison County with a young capuchin monkey named Cassie perched on his shoulder. Her face was open like any child’s, curiously viewing her surroundings. If she spotted an item of interest, Cassie’s delicate hands would reach out to inspect it, turning a leaf or a stick in her hand, bringing it to her face for a whiff or a lick.

Whenever I saw them I questioned Jim about Cassie and their relationship. He told me he was preparing Cassie to serve as a lifetime aide and companion. Jim’s role was to nurture young Cassie until she was mature enough to receive training and placement. Leaving Jim would be so traumatic for Cassie it would nearly kill her, Jim explained. In her native habitat, survival of a young capuchin depends upon the acceptance and support of extended family in a social order topped by the individual’s mother. Bonding is bred into her genes.

Hearing this, I realized Cassie had already experienced the trauma of separation from her birth mother and extended family. Now she had bonded with Jim, who she would also lose.

After leaving Jim, he explained, Cassie would receive instruction from a trained professional who would remain her extended family member even after Cassie’s placement. Cassie would learn to retrieve dropped objects, insert straws into drinks, turn lights and other devices on and off, play CDs, switch television stations, reposition limbs on a wheelchair, and even scratch someone else’s itches.

She would then be matched with a person in need by their compatible personalities. After bonding, the two would care for each other. While Cassie helped her human partner, the human would offer her a safe, nurturing home where all her physical needs would be met. If the match was successful, the pair would provide each other with companionship, fun and support for many years, even decades, until one of them died or was no longer able to uphold their end of the relationship.

Capuchins are well-suited to this task. They are small and dexterous, capable of adapting to and bonding with humans. A woman with PTSD resulting from an abusive childhood reported that her relationship with a capuchin saved her life. Likewise, capuchins help once-athletic individuals now confined to a wheelchair renew their sense of joy and independence. Watching Jim and Cassie, it was clear that adopting a capuchin is also a responsibility and commitment in many ways similar to caring for a child. This role offers folks who may have lost hope a sense of purpose and a reason to look forward to each new day.

On one of our chance encounters I invited Jim to visit my 5th-6th grade classroom. We were studying evolution, and seeing Cassie’s human-like qualities would be a powerful lesson. It was likewise a way to spend more time with this intriguing creature while sharing the experience with my students.

Jim accepted the invitation, and Cassie’s visit was a highlight of our school year. She arrived on Jim’s shoulder wearing a cute little shirt and diaper. Upon entering, she immediately took off, hopping from desk to desk, turning pages in students’ notebooks and peering inquisitively into their delighted faces.

Soon she discovered the chalkboard. Picking up a stick of chalk, she scribbled across the board. This was fun! She kept at it for a while.

By now, Jim had also been introduced. As Cassie scampered around, captivating the students. Jim spoke about their relationship as well as Cassie’s unique physical qualities. He explained that monkeys don’t have human-like shoulders; instead, their vertical shoulder-like structures points their powerful arms upward, adapted to climbing and swinging from branch to branch.

Jim pointed out that young monkeys instinctively cling to their parents, who need their arms free to move about the treetops and gather food. If we reached out to embrace her, Cassie would panic. Only a predator would do that in the wild. I noticed students sitting on their hands to restrain themselves, still shrieking with delight at Cassie’s every antic.

The kitchen ladies heard the commotion and rushed across the hall to catch a glimpse. Soon folks from around the building appeared at our classroom door for a quick peek, all equally enchanted.

Suddenly, Cassie jumped from the chalkboard into my lap, cuddling against me and looking into my face, then gently stroking my cheek. I could barely keep myself from cuddling her back. Jim speculated she missed a maternal presence. I reflected again on her early loss.

Unlike humans, Cassie and her peers have no say about adoption into this life. I hope the obvious gains are worth the hidden traumas we bring to these wonderful beings

Alice Leeds, of Bristol, taught in a variety of private and public schools and colleges for 40 years. Presently retired, she tries to engage in some useful endeavor each day. She enjoys hearing from readers at aleeds@gmavt.net.