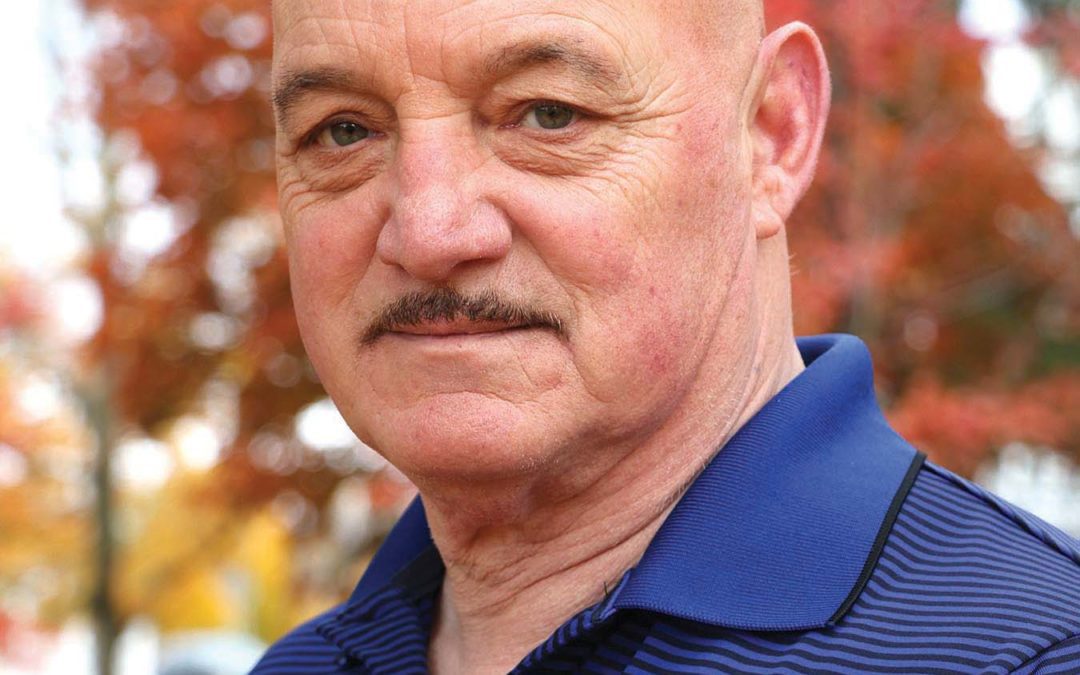 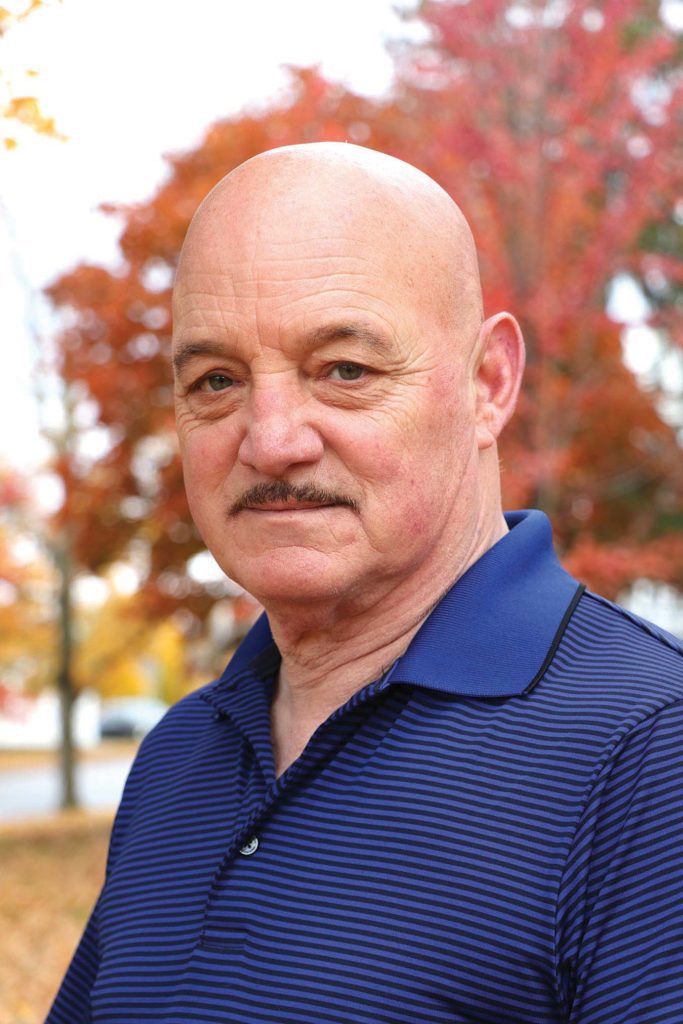 ADDISON COUNTY — Seven years ago, Mark Stacey said goodbye to his time serving as a deputy in the Addison County Sheriff’s Department. Now, he’s hoping county voters this November will open the door for him to return to the sheriff’s department and serve in its highest position.

Stacey, a veteran police officer, is one of three candidates vying to replace incumbent sheriff Peter Newton. The contest has attracted attention since Newton was arrested in June on charges of sexual assault, domestic violence and unlawful restraint. He’s pleaded not guilty to these charges and has rejected calls for his resignation.

Other competitors in the race are Republican Michael Elmore of Addison, a sergeant at the sheriff’s department who has overseen daily operations there since Newton’s arrest, and Independent Gerald Grant of Addison, who formerly worked in the sheriff’s department for 11 years in addition to working as a jail officer and within area public school systems, according to his published bio.

This newspaper profiled Elmore on July 11. Grant has not returned calls and emails seeking an interview.

Stacey, who’s running as an Independent, hopes he’ll come out on top of the Nov. 8 three-way race. If elected, regaining the community’s trust in the sheriff’s department, supporting interagency collaboration and prioritizing officers’ mental health are a few of Stacey’s top priorities.

Mark Stacey, 51, grew up in Belmont, Mass., and moved to the Green Mountain State in 1989. He settled in Leicester, where he still lives today, and sold cars as general manager of Shea Motors in Middlebury.

His work in law enforcement began in 2000, when a good friend suggested he start working for the Addison County Sheriff’s Department. Stacey initially took a part-time position there, and over the next 16 years worked his way to serving as a deputy.

In 2016, he decided to branch out into another facet of law enforcement and began working as a patrolman for the Vergennes Police Department. He now works as a senior patrolman for the Vergennes department and in 2019 was selected to serve as the Addison County Traffic Safety Coordinator. The position is based in Vergennes and funded through a joint state and federal grant awarded by the Vermont Governor’s Highway Safety Program.

Through this position, Stacey works collaboratively with Vermont State Police and the Middlebury and Bristol police departments to enhance traffic enforcement and officer training. His work also includes coordinating interagency collaboration, conducting and coordinating patrols in areas that collected data indicate would benefit from enhanced police presence, and creating public education opportunities such as safe driving classes for offenders.

Stacey describes his approach to law enforcement as solutions-oriented and sees his work as the county’s traffic safety coordinator as a fulfillment of that approach. He’s proud of the results Addison County has seen in highway safety since 2019.

“A lot of that work is working with other agencies to try to make the highway safe since the death rate is so high,” Stacey said.

In the years preceding 2019, the number of fatal motor vehicle crashes in Vermont stood around 70. In 2019, that number dropped to 47, which was the lowest it’s been since 2014, when there were 44 fatal crashes.

He said he’s seen the result of this approach in other areas of his career as well, such as with using verbal judo on the job. Stacey said he’s found success with the persuasion technique, which focuses on using words rather than physical tactics to diffuse difficult situations.

“I’m really into de-escalation,” he said. “I’m proud of the fact that in 22 years, I’ve never had to put my hands on anybody.”

One person who has seen Stacey’s commitment to de-escalating tensions when cops interact with suspects is Bristol Police Chief Bruce Nason. Nason worked with Stacey earlier in his career and said he continues to be helpful even though they work for different agencies.

“He was committed to learning and sharing with others current acceptable law enforcement procedures,” Nason wrote in a letter to the editor. “With his guidance, we improved our service to the communities we served. He displayed compassion and empathy with everyone he encountered.”

As a city employee who receives a portion of his salary from federal funding, Stacey has had to ensure his candidacy for sheriff complies with the Hatch Act. That federal law restricts the political activity of individuals employed by the state, the District of Columbia and of local executive agencies who work in connection with programs financed in part or entirely by federal funds. Since he fits into the latter group, Stacey said he reached out to the Political Activities/Hatch Act unit of the U.S. Office of Special Counsel for guidance and is making sure to strictly adhere to the act’s restrictions.

He said he’s received the OK to run for sheriff since only a portion of his salary comes from federal funding, and if he continues to comply with the act’s restrictions, he won’t need to worry about any Hatch Act violations.

“No (campaigning in) uniforms, no taking pictures in uniforms and obviously no campaigning while I’m on duty,” he said of some of those restrictions.

If chosen as Addison County’s next sheriff, Stacey said there’s a few things he’d like to focus on. The first is restoring the community’s trust in the sheriff’s department after Newton’s arrest.

“I want to bring back some legitimacy to the agency,” he said. “I’d just like to see it be a real viable agency within the county.”

He’d also like to encourage collaboration between law enforcement agencies in the county. Stacey said he believes his experience as traffic safety coordinator has prepared him to facilitate this collaboration, which he sees as being of increasing importance as law enforcement agencies throughout the state continue to struggle with staffing shortages.

“We need to all work together,” Stacey said. “Everybody’s short (staffed) and if you work together and help each other, it will make things a lot better for public safety and the general public.”

Another priority for Stacey is destigmatizing discussion of mental health within the sheriff’s department and other county law enforcement agencies. He said officers encounter traumatic situations while on the job and should be encouraged to talk to someone if they need support.

“I always say, ‘It’s OK not to be OK,’” he said. “A lot of police officers keep it inside, because they’re afraid to say something. But if you don’t say anything, it can eat at you.”

Stacey also said to start out, he wants to talk with towns individually to see how the sheriff’s department can help meet their needs.

“What I would do is go around to the towns and speak with their selectboards about what their wants and needs are, because every town is different,” he said.

Those interested in learning more about Stacey can visit facebook.com/markstacey4sheriff.