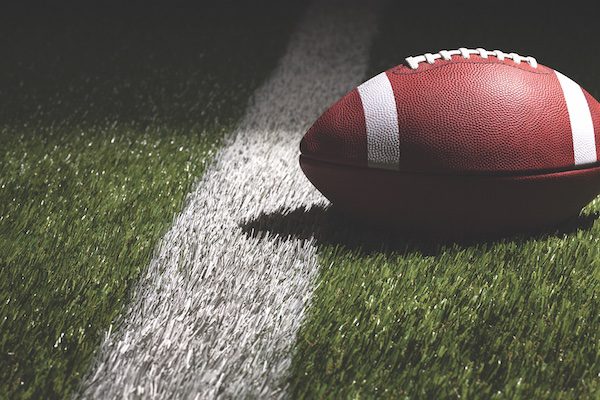 “We discovered confidence … They didn’t give up. I saw some maturity last night from that group.”
— Tiger Coach Dennis Smith

The 5-3 Tigers earned the No. 3 seed due to their quality point rating edge over two other 5-3 teams, St. Johnsbury and Essex. They will host No. 6 Hartford (3-5) in a Friday quarterfinal at 7 p.m. The Bulldogs, who previously lost only to first-place Champlain Valley, are the second seed at 6-2, and a possible semifinal rematch with the Tigers looms if MUHS gets past Hartford.

The Tigers’ rally began after the teams traded touchdowns to open the second half to make the score 36-14. Gavin McNulty scored that TD for the Tigers, and Cam Stone rushed for their first-half score.

The Tigers forced a BBA punt. On their ensuing possession Jackson Gillett scored on a 65-yard reverse. Then Cole Schnoor picked off a pass by Bulldog quarterback Jack McCoy, setting up the Tigers in BBA territory. Shortly afterward Tiger QB Jacob Kemp scored on a keeper and tossed a two-point conversion to tight end Penn Riney, and it was suddenly a one-possession game.

But the Tigers still trailed, 36-28, when they got the ball back with four minutes left. They marched down the field, and Cam Stone punched in the touchdown and then plowed in for the two-point conversion, and it was on to overtime at 36-36.

The Tigers won the toss and deferred, and a botched handoff and two incomplete passes forced BBA to try a 35-yard field goal, which missed. But the Tigers were stopped short on fourth-and-goal from the one, and it was on to the second OT.

The Tigers went first from the 10 this time around, and Kemp hit McNulty in the flat, and he bolted in. Gillett’s kick was good. And then Gillett picked off McCoy in the end zone to deny the Bulldogs and seal the big win for MUHS.

McNulty rushed 20 times for 128 yards, and Stone lugged the ball 18 times for 104 yard; both scored twice. For the Bulldogs, McCoy threw for 216 yards and three touchdowns, and he ran for 67 yards and another score. Nate Smilko caught seven of McCoy’s passes for 142 yards and two scores.

“We kept fighting, although with two-and-a-half minutes left in the third quarter it wasn’t looking all that great. But we still fought,” Smith said.

He also praised the Tiger defense for its ability to clamp down in the second half against a team presenting multiple looks.

“We got pass rush on the kid as the game went on,” Smith said. “We discovered confidence. The front is an experienced group. My back four, five, we’re still green and young back there. We made some mistakes. But they didn’t give up. I saw some maturity last night from that group.”

Once the Tigers seized the momentum, Smith said, they did not let up.

“We had some big plays offensively that kept drives alive,” he said.

Smith has said all along he wanted the Tigers to play well enough to earn respectable position for the playoffs, and that meant taking care of business every Friday night. Now that focus will turn to the Hurricanes, who they defeated in overtime on the road, 34-33, on Oct. 7.

“Like I said, it’s week to week,” Smith said. “Let’s get through this one. We’re happy. I’m happy. And like I said to these kids, we can play with anybody. It’s just a matter of that self-confidence and believing in your teammates.”