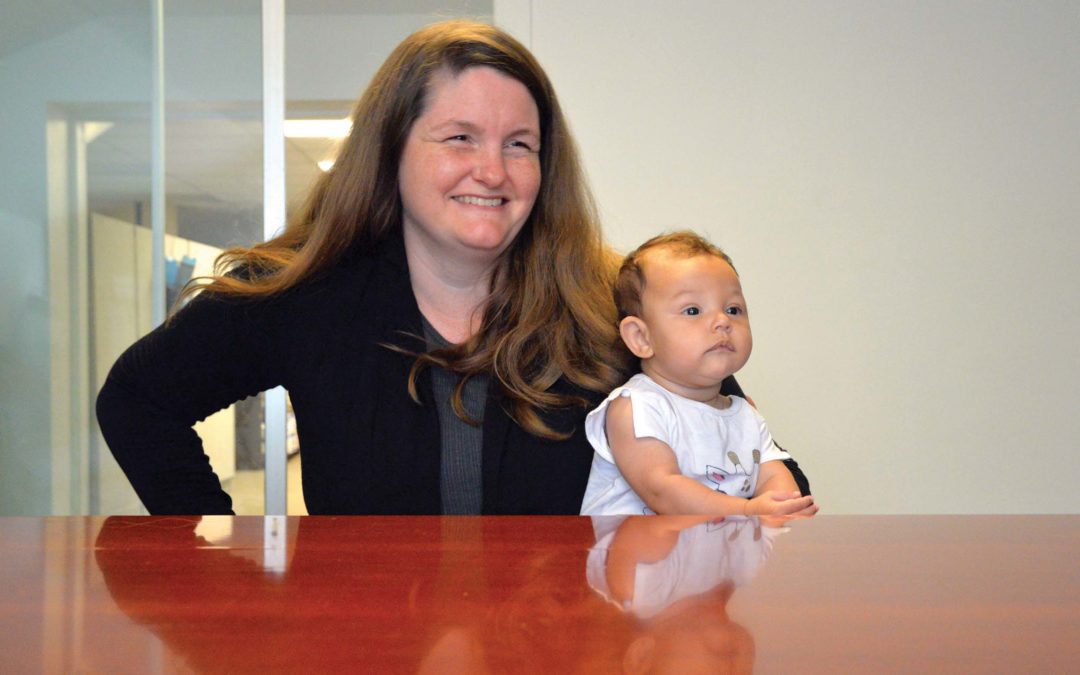 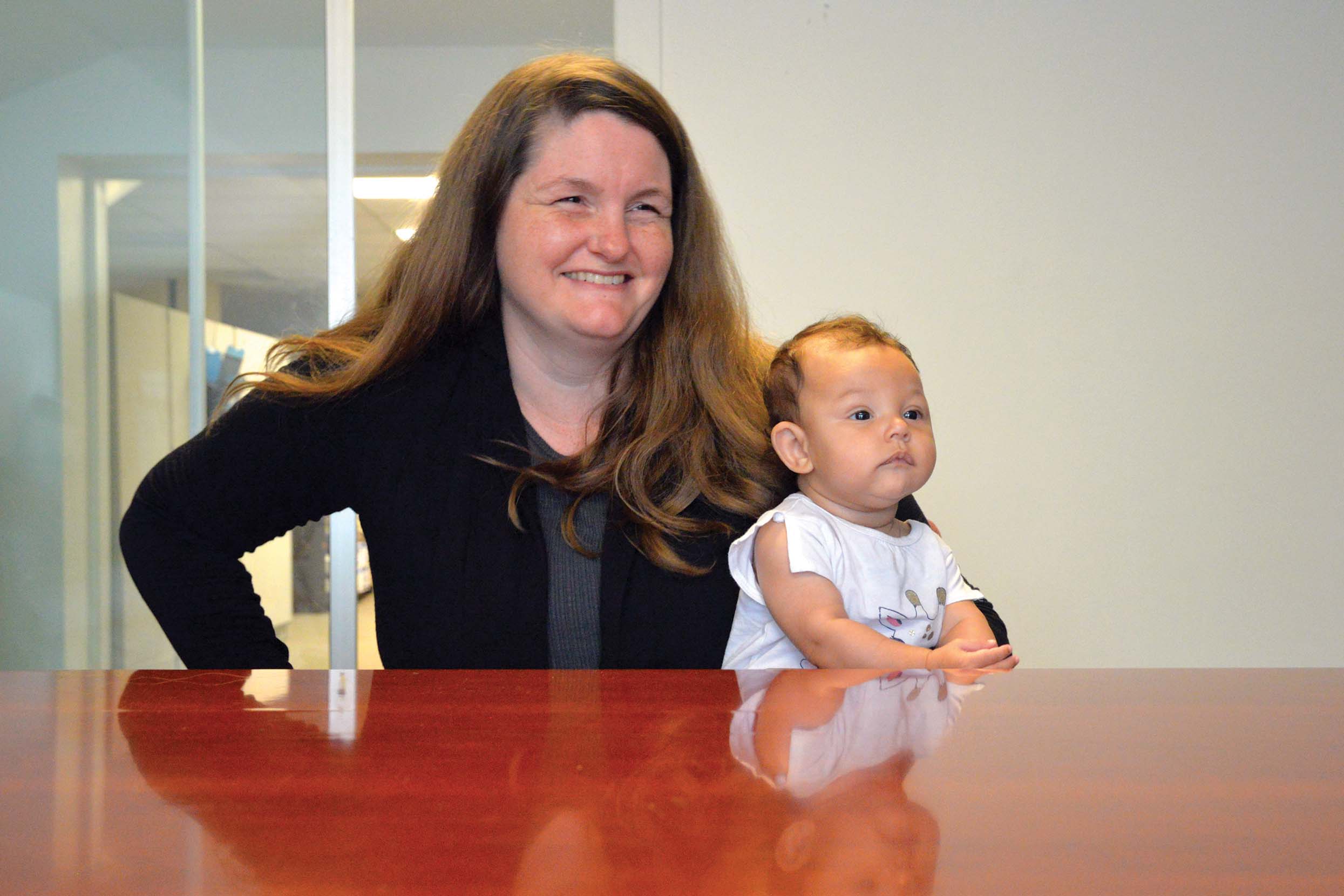 But two variables have changed during the past two years that leave McGill hopeful she can break into the winning column this time around, on Nov. 8.

First, the 38-year-old mom of four has become more acclimated to the campaign trail and has had two more years to study up on the issues that figure to drive local voters to the polls. The Addison-5 district includes the towns of Bridport, Weybridge, most of New Haven and a tiny chunk of Middlebury that encompasses the Marble Works and Seymour Street neighborhoods.

Second, Smith — a much-respected lawmaker who enjoyed significant bipartisan support based in part on his ability to solve problems for individual constituents — has decided to retire from the Legislature after two decades of service, thus making the path easier for would-be successors

“It was an interesting run the first time, during the middle of a pandemic, but I came pretty close,” McGill said of her 2020 effort. “I’ve learned a lot of lessons.”

It’s indeed been an eventful couple of years for McGill and her husband, Lawrence Yetnick, who works for Agri-Mark/Cabot.

They welcomed another daughter, Marella, into the world four months ago. McGill is confident she can serve in the Legislature, be attentive on the home front and maintain her career with Vergennes-based John Graham Housing & Services, where she serves as property manager and coordinator of rental housing. Until early 2020 she worked as senior property manager and compliance chief for Addison County Community Trust (ACCT), the county’s largest affordable housing provider.

It’s a career path that’s given McGill the joy of placing houseless individuals and families into apartments of their own.

She recently secured a John Graham apartment for a family that had been residing in hotels for the past two years. The couple had a baby who first came “home” to a hotel room.

“They’re now starting a new path in one of our apartments,” she said, with a beaming smile. “Every time I lease someone up, it’s really meaningful. I get a lot of joy from the work I do.”

And it wasn’t that long ago that McGill herself was facing the same kinds of problems as the folks she now serves.

“I was a young single mom with my oldest (now 15-year-old) child,” she recalled. “We were really struggling and I was on the brink of homelessness. But I got a project-based (housing) voucher from ACCT. That allowed me to go to school. With the support of a lot of community programs, I was able to get my life on a different track. And I always knew I wanted to do the same for other struggling members of my community.”

She and her family are now self-sufficient, with a home in Bridport.

McGill believes the challenges she faced as a young adult and her professional knowledge of affordable housing programs would make her a natural to advocate for houseless people in the Statehouse. She listed that issue, along with climate change, as two of the biggest problems she hopes to help remedy if elected this November.

Settling in Vermont was already a tough financial stretch for young families prior to the pandemic, with the high cost of land and inhospitable clay soils not good for septic systems in many parts of our county. It’s only gotten worse during the COVID-19 period, with the sparse number of available homes snapped up by out-of-state buyers, often at inflated prices.

McGill said it’ll be imperative for Vermont to develop more affordable and workforce housing if it’s to cultivate a new generation of young families to fill school systems that are now facing sparse enrollment. She believes the state must use a multi-faceted approach that could include providing more grant money, making it easier for developers and nonprofits to include affordable/workforce housing in their plans, and embracing new, lower-cost solutions — such as tiny homes and modular housing.

She noted the ACCT and John Graham Housing & Services, using federal COVID relief money, recently collaborated on a plan to purchase three net-zero modular homes that were installed in a mobile home park in Bristol. Such innovation should become the standard when considering new developments, McGill said.

“Every time we’re solving issues at the Statehouse we need to think about all the other issues,” she said. “When we’re developing affordable housing, we need to make sure it’s energy efficient and sustainable.”

She’d like to see developers and nonprofits work with environmental authorities and municipalities to get on the same page when it comes to siting affordable and workforce housing. And McGill wants to see such housing increasingly marketed to people of color and folks with disabilities.

“We need to build equity in our social fabric as well,” she said. “It makes our community stronger.”

McGill has long been a fan of universal health care and believes Vermont could take a big step in that direction by first offering its citizens universal access to primary care.

“It’s hard for a state the size of Vermont,” she acknowledged, but added, “we can partner with our neighboring states. Everyone is feeling the pinch of health care costs these days.”

The rising costs of public education are forcing an additional strain on Vermonters’ budgets, and McGill believes the state should transition to an income tax-based funding formula, instead of one largely dependent on property taxes.

And speaking of schools, McGill is concerned about declining student numbers and the impact that could have on the future of the county’s education system. Ripton, Lincoln, Starksboro, Addison and Weybridge are among area communities that have either considered — or are in the midst of — withdrawing from their respective school districts as a means of ensuring survival of their elementary schools.

“It makes me sad to think of closing these small community schools,” she said, suggesting that home values would decline in communities that shutter their schools. “I think we need to explore how we can make them sustainable. We’re spending all this money studying how to best close them; let’s spend a little on how we could keep them open.”

Closing schools would be short-sighted, according to McGill, who noted Vermont is well-positioned to draw more families due to climate change, its scenic beauty and wholesome reputation.

“We can’t just look at the money component,” she said of short-term savings derived from eliminating or merging schools. “Our population might be stagnant now, but I think that’s going to change.”

She generally believes change is good, particularly when it comes to replacing fossil fuels with green energy. She’s a firm believer in tax credits to help families and businesses transition to renewable energy, such as solar and wind.

Looking ahead to the Nov. 8 General Election, McGill is eager to vote in favor of Article 22, the so-called “Reproductive Liberty Amendment” that would solidify a woman’s access to abortion in the Vermont Constitution. Some states are rushing to codify reproductive rights in light of the recent U.S. Supreme Court decision to strike down Roe v. Wade.

In addition to approving Article 22, McGill believes the state Legislature should ensure Vermont physicians aren’t at risk of being extradited if they perform abortions on out-of-state clients.

“Our work doesn’t end with (passage of Article 22),” McGill said.

She noted the Addison-5 district includes several farms, and she pledged to fight for those who make their living in agriculture and forestry. McGill said Vermont should do more to help farmers diversify their products and navigate environmental rules designed to prevent manure runoff into the state’s waterways.

“I’d like to partner with farmers and make it viable for them to (diversify) without it hurting their livelihood,” she said.