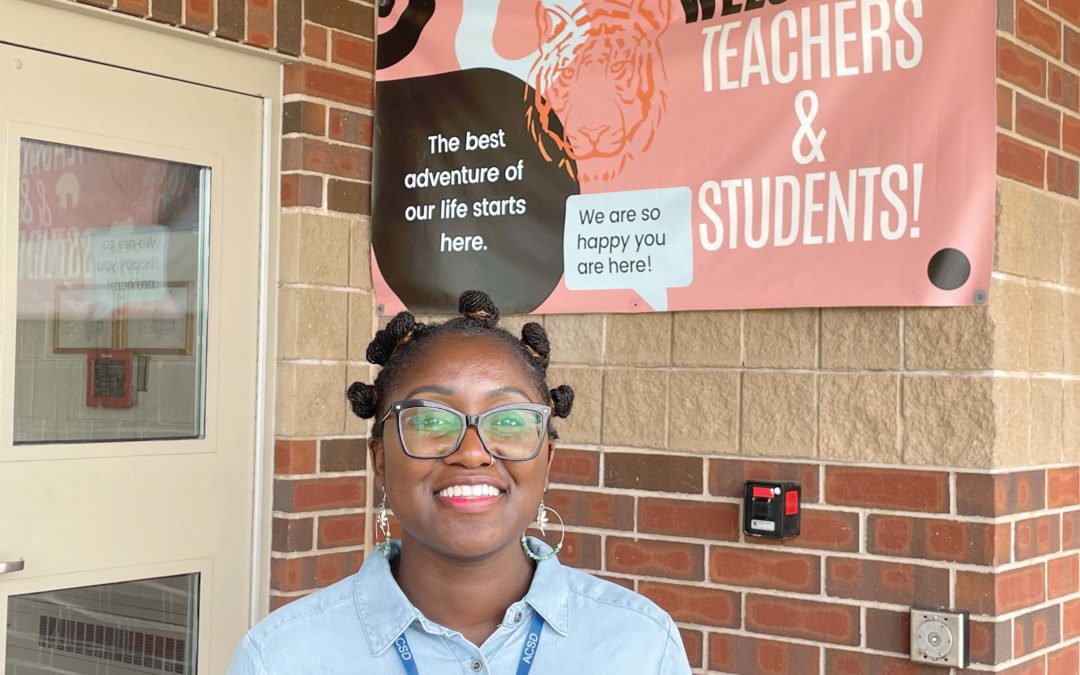 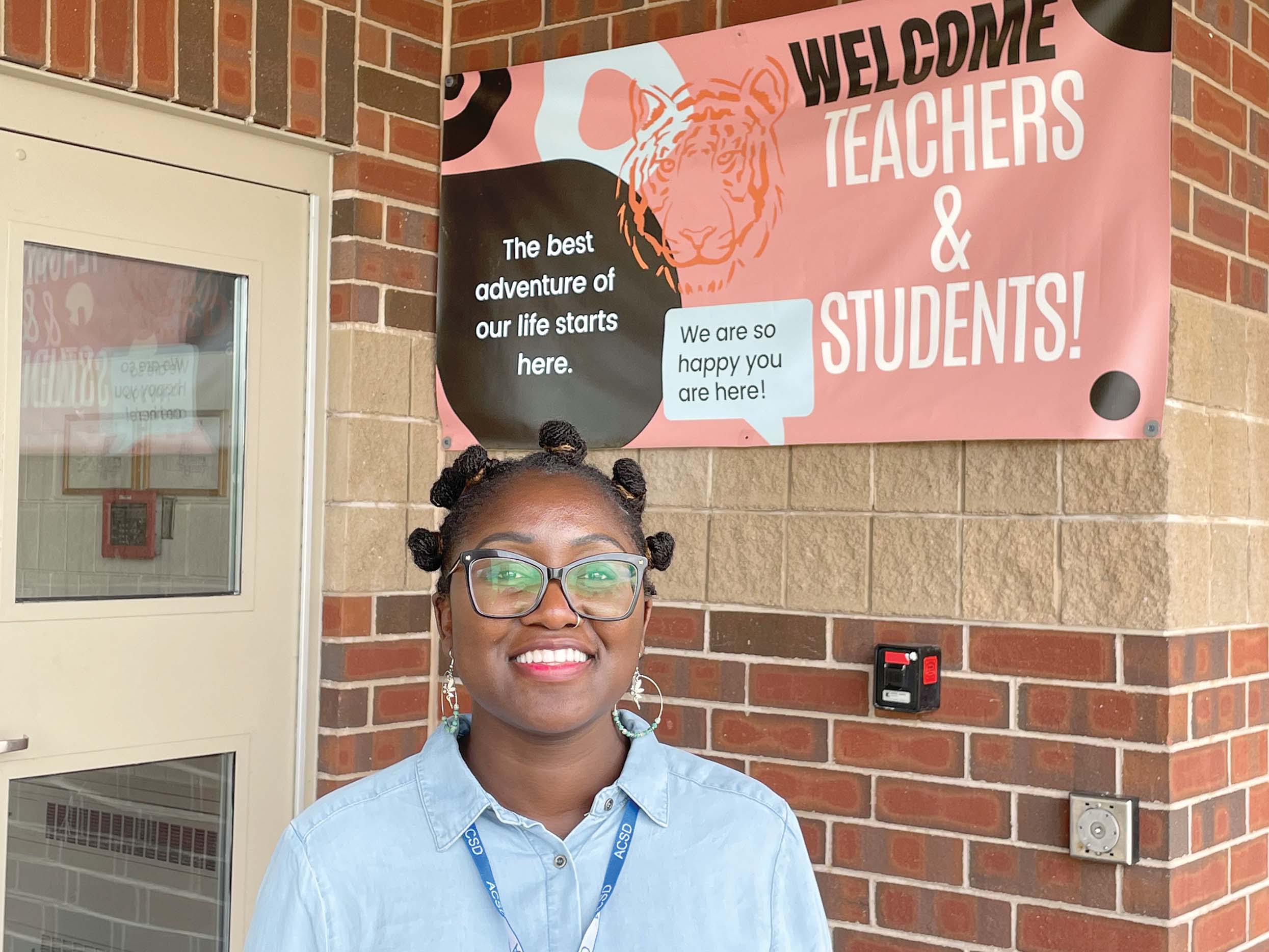 MIDDLEBURY — For Esther Charlestin, 2022 is shaping up as a banner year of change.

A new address, new spouse and suddenly a life without service on the local selectboard (see story).

Oh, and also a new job — as the first-ever dean of climate & culture at Middlebury Union Middle School. Her responsibilities will include student discipline, being a student case manager, facilitating after-school extracurriculars (ranging from sports to club meetings) and supporting students and teachers.

Charlestin, until recently a Middlebury selectboard member and Middlebury College employee, got her first intensive glimpse of Middlebury-area schools as a co-leader of the Addison Central School District’s Advisory Committee for Equity, a panel that worked on diversity and equity recommendations that will help inform the ACSD’s next strategic plan.

She enjoyed the experience and wondered if there were any job openings in the district that might match her skillset.

A June search of the district’s help-wanted website yielded an “assistant principal of climate & culture” position at MUMS.

“As I read (the job description), I said to myself, ‘I would love this,’” she recalled. “I love people, I love being a bridge connecting folks, I love creating safe spaces for folks — spaces where they feel like they belong.”

Charlestin already knows about climate, culture and trying to fit in. She’s first-generation Haitian-American, the eldest of five children born to immigrant parents who instilled in her the value of an education. Through their encouragement, she completed a Bachelor’s in History & Communication, a Master’s in Corporate Communication and Public Relations and a Master of Arts in Teaching.

She has two young children, and recently married Jesse Norford.

She’s the former assistant director of community standards and a former residence director at the college, and is now looking forward to working with middle-schoolers.

“When I read the (MUMS job) description, I said, ‘This is me; this is what I was waiting for,’” she said emphatically.

So Charlestin applied for the position and successfully navigated the interview process, which included meetings with parents, counselors and administrators.

She learned her attraction to the ACSD was mutual. Those interviewing Charlestin were impressed with her resume, her energy and her potential to become a calming influence in a school that experienced its share of challenges last year. MUMS last fall expanded to include ACSD sixth-graders, and did it at a time when students were transitioning back to the classroom after several months of pandemic-related hybrid learning. And it didn’t help that the school was short-staffed while facing some serious disciplinary problems, some of which required police response.

But Charlestin loves a challenge and has already seen the best and some of the worst young folks can dish out — both as a professional and as a parent. The only fear she had in applying for the job was that she might not be qualified.

“I was doubting myself,” she recalled.

But it turns out she had nothing to worry about. In fact, the ACSD wanted her so profoundly that it changed the title of the position from “assistant principal” to “dean of climate & culture.” This meant she didn’t have to secure the state licensure that would have been required under an assistant principal title.

She was offered the job, accepted it, started on Aug. 8, and diligently studied up in anticipation of the beginning of classes on Wednesday, Aug. 31.

“I cried; I called my mother,” she said of her reaction to being hired. “I feel like I’m in a place and a job where all my skills can be used.”

Since coming on board, she’s been learning the ACSD’s code of rights and responsibilities for students while getting to know her colleagues. She’s also been preparing disciplinary protocols for when a student is flagged by a teacher for bad behavior. Charlestin led this reporter on a tour of spaces within the school where students will be taken to work through their issues and anxieties, with the constant goal of returning to class when they’re deemed ready.

One of the safe spaces, in classroom 109, has a coloring station, basic games and a separate spot (with a glass window) within the room where a child can be alone if that’s what they want or need. Of course, none of the children will be left alone; they’ll be under constant supervision by either Charlestin, her teammate Shelley Harrison, or both.

Charlestin has developed code words to help students define how they’re feeling — “rose,” “thorn” or “bud” — and why that disruptive behavior might be manifesting in the classroom.

Late last week, Charlestin noticed students trickling into MUMS to pick up their Chromebooks. She took the opportunity to introduce herself.

“Seeing even just a few of them lit the fire in me,” Charlestin said. “This is going to be incredible. We’re going to create this space where folks feel welcome. It’s going to be hard, and amazing. And I’m all about the hard work. I’m OK with the brick-by-brick. I know it’s a process, and that’s the best part.”

MUMS Co-principals Mike Dudek and Michaela Wisell are excited to have Charlestin on board.

“She brings a tremendous amount of passion and skill set that will help each of us prioritize connection and belonging this year at MUMS,” they said through a joint statement. “Her positive presence has already been felt by our faculty and community.”

The new dean’s position is being funded through a federal Elementary and Secondary School Emergency Relief (ESSER) grant that is tied to recovery from the COVID-19 pandemic. It’s a one-year grant, so the ACSD will look at other funding sources to maintain the post beyond this school year.

“We’ll be digging into this planning during the coming budget cycle,” district Superintendent Peter Burrows told the Independent.

Charlestin has big aspirations for her new job and wants to get to know each MUMS student.