In the Democratic primary battle of Vermont’s lone congressional seat, Democrats — and all others who intend to vote in this important primary — must take a step back from their political partisanship and look at the bigger picture. That is, both Democratic candidates — Lt. Gov. Molly Gray or President Pro Temp Becca Balint — would represent Vermont well in Congress.

And, without a doubt, when one of the two prevails in the primary, the party will rally around the candidate who goes on to the General Election in November. There is no need, therefore, for like-minded citizens to be in a bare-knuckles fight in this primary.

What’s needed is for all voters to apply a rational consideration of the attributes both candidates possess and what the position as the state’s representative in the U.S. House requires.

On policy matters, frankly, there won’t be a lot of differences between the two when it comes to voting on legislation. Both will support what are Democratic and liberal causes. They’ll push for action on climate change, they’ll be advocates for renewable energy, fair wages, affordable housing, a strong health care system, gun safety, and more funding for our educational systems, and on and on.

The differences will be in their arguments for each of those issues and how well they can reach across the aisle in a divided Congress to create bipartisan support in ways that advance the public interest. That’s not easy and it requires an approach that considers both sides of the issues, someone who listens with intent and integrity, and someone who has the trust of members from both parties.

Lt. Gov. Molly Gray is the only candidate running for Congress who has represented Republicans, Progressives, Independents and Democrats throughout the state. She has met regularly with Republican Gov. Phil Scott on the state’s COVID response efforts and co-authored a commentary addressing Vermont’s workforce crisis through eliminating the tax on military retirement pay.

While Ms. Balint has been in a position to lead the state on several progressive issues, several of the party’s major initiatives on family leave, expanding health care, universal childcare, water quality and other measures were wholly or partially thwarted by Gov. Scott’s vetoes — a sign that legislative leaders did not adequately weigh the governor’s perspectives to find adequate compromise to sustain a veto, but rather pushed ahead with singular, partisan purpose.

Much of the ballyhoo about Ms. Balint’s accomplishments in passing legislation is also due to seeking moderate progress with a large majority in both houses, along with a moderate governor — or a very liberal Republican governor when compared to others throughout the nation — who also supported measures like a higher minimum wage, greater spending on childcare and affordable housing and made those items his own cause.

It’s also important to note that Vermont, as well as most other states, saw advances on many “progressive” issues largely due to the huge amount of federal funding during the pandemic.

Taken together, Vermont voters must remember that Vermont’s Legislature is not Congress. The skills needed to move progressive legislation forward with a firm majority in a spend-easy economy are not those required in Washington. On the contrary, Vermont’s lone representative will be one of 435 members in a much tighter economy, and be forced to find ways to converse with, and be accepted by, members of the other party.

Of the two candidates, Gray’s experience in Washington and her educational background bring more to the table because the issues Congress faces are as much international, as national, and often deal with matters of domestic and international law — specific areas of Gray’s expertise (she graduated from UVM and Vermont Law School).

She is the only candidate with experience working in and with Congress. She worked as a congressional aide to Congressman Peter Welch, helping to elect him in 2006 and run his Washington D.C. Office, and at the height of conflicts in Iraq and Afghanistan, she led the Congressional Affairs of the International Committee of the Red Cross, promoting compliance with the Geneva Conventions and humanitarian assistance.

She knows Congress and how to bring people together on tough issues.

Critically, she also is the only candidate with a law degree, and she has worked on the Federal Judiciary on the Second Circuit Court of Appeals, and as an Assistant Attorney General for Vermont. At a time when Americans see fundamental rights being rolled-back by the Supreme Court and democracy threatened, we need leaders ready to uphold and protect the Constitution and codify basic rights — not only from a political perspective, but from a legal and constitutional perspective.

Gray is also the only candidate with significant foreign policy experience. Not only did work for the International Committee of the Red Cross to promote compliance with the Geneva Conventions and humanitarian assistance, she has also worked overseas to promote human rights. She has worked in global hotspots including Iraq, the Democratic Republic of the Congo and Haiti.

With a war raging in Ukraine, authoritarianism on the rise and climate change threatening international peace and security, Congress needs leaders ready to lead on smart foreign policy. Gray has that experience.

On domestic issues most important to Vermont, Gray’s intuitive understanding of agricultural issues — and a farmer’s way of life — will not only allow Gray to advocate on behalf of Vermont’s farmers and those who work the land, but also provide a natural bridge to many congressional representatives throughout the more conservative Midwest and Rocky Mountain states. She is someone they can easily relate to and work with, while respecting her strong liberal positions.

Importantly, Gray has learned well from Sens. Leahy and Sanders, and Rep. Peter Welch, that as a very small state Vermont cannot achieve its critical priorities without federal help. She has regularly stated, “from childcare to housing and adequate health care, the needs of Vermont will not be met by Vermont alone. We need strong federal support.” To that end, she is laser-focused on her understanding of the state’s budget, workforce and tax base and the acknowledgment that we rely on federal dollars and programs as a small, rural state — and that often means working with members of both parties to reach a bipartisan consensus on state aid.

Balint’s priorities on national issues, on the other hand, mimics the national Progressive’s speaking points: “Medicare for all,” “Green New Deal,” “Cancel Student Debt,” “Expand the Supreme Court” to name a few. There’s little attempt to approach the issues from a bipartisan basis, and little chance those on the right will listen.

Gray’s take is more nuanced with a nod to the reality of a Congress that is essentially split, 50-50.

On healthcare, for example, Gray supports a move to universal coverage but — recognizing the reality of the debate in Congress — and has set clear, early priorities with a pragmatic approach: lowering the cost of prescription drugs, expanding Medicare to including hearing, dental and vision, and protecting the Affordable Care Act, which provides coverage for more than 25,000 Vermonters.

In short, throughout her career she has worked to bridge divides and solve problems. She won’t get lost in ideological conflicts, but will stay focused on the needs of Vermonters and build strong coalitions to advance key priorities for Vermont on housing, childcare, paid family leave, climate, and workforce issues.

While a person’s character is a difficult assessment to judge, what we’ve noticed in this campaign is that Gray has kept a positive message and avoided needless name-calling. Gray has harped on Balint to reject ads paid by PACs — a challenge Balint pledged she would accept — but Balint has not kept her word. Keeping huge amounts of out-of-state dollars out of local races is a measure most Vermonters embrace, and it is fair criticism to note when a candidate agrees with that objective, yet fails to act.

On the other hand, in seeking the Progressive Party’s mantle, Balint was quick to call Gray “a corporatist Democrat” and a “catastrophe for the left.” Such name-calling, and not keeping one’s word, do not reinforce a strong sense of character when the going gets rough.

Gray, however, exhibits a steely resolve to do what she can to move progressive issues forward, to stress the positive on issues she advocates for, all while working with any representative with whom she can find common cause.

At the end of the day, Vermonters are being challenged to choose which characteristics they think are right for the job. If voters think a more strident, partisan, my-way-or-the-highway approach to politics best represents Vermont in Congress, then Balint is the logical choice.

If Vermonters think a representative with strong resolve, the grit and tenacity of an endurance athlete, and the moral fortitude of a life-long Vermonter raised on a farm will yield better results, then Molly Gray is their candidate. In this primary and in November, our vote is cast for Molly Gray for Congress. 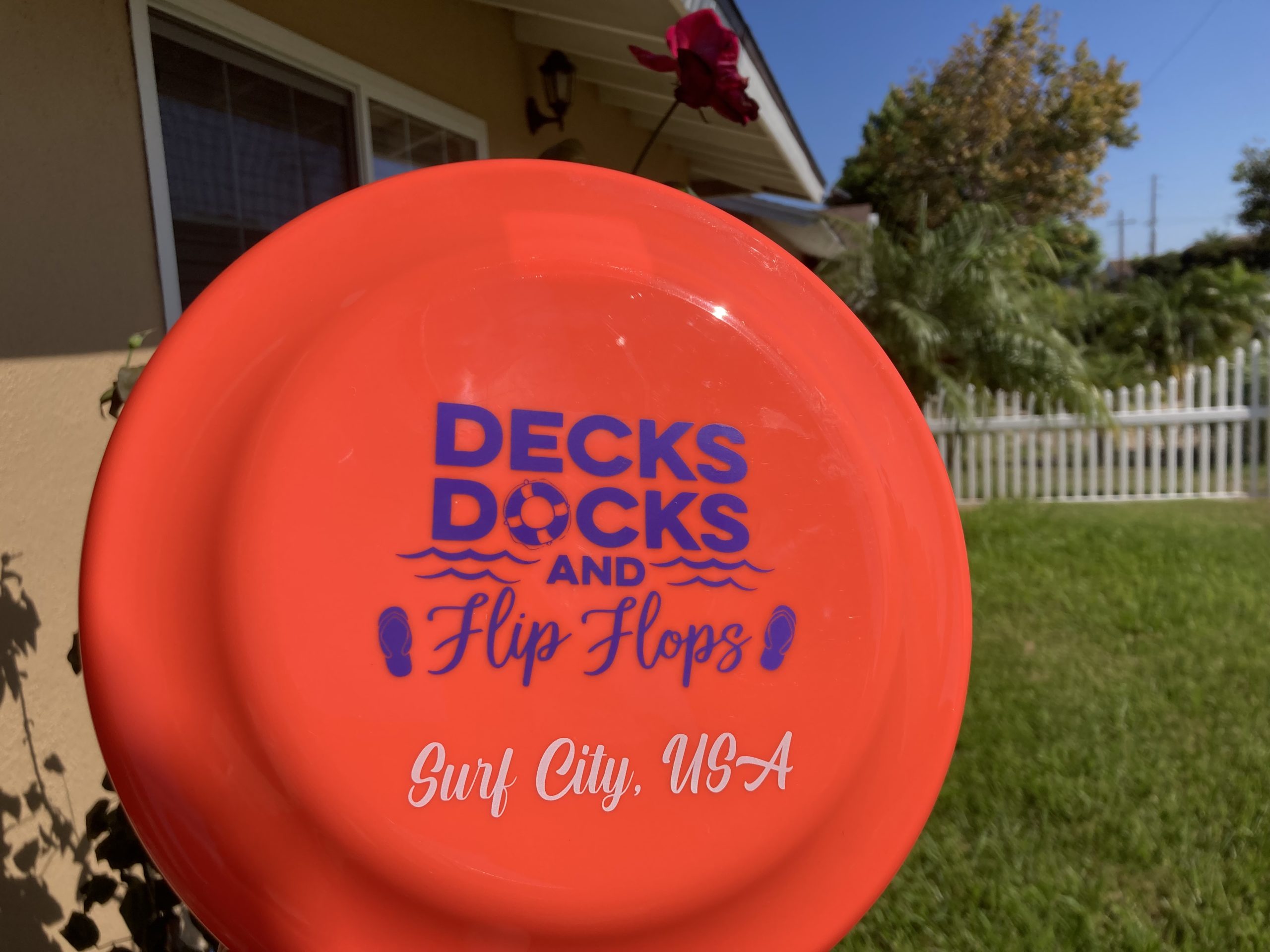 I am typing this from a desk in our Airbnb rental house in Huntington Beach, California: a … (read more)