Faith Gong: My kids, in the middle of the lake 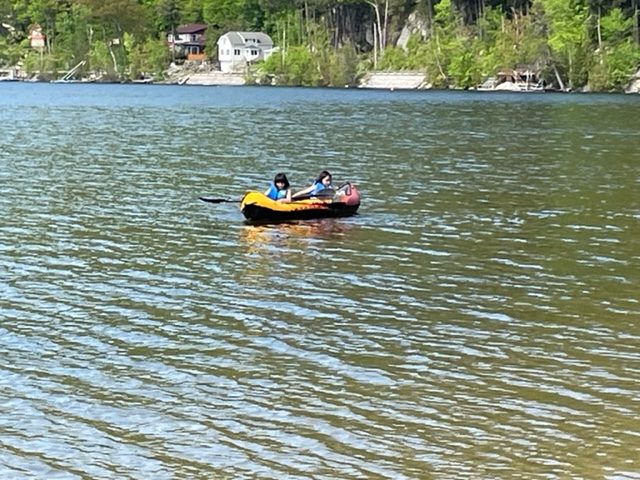 Faith Gong: My kids, in the middle of the lake

"We watch them with a sense of pride in their courage, but also a nagging concern. Should I worry?"

It’s funny what a difference two weeks can make.

Just two weeks ago, I wrote a column about how my husband – always on the lookout for new ways our family can have fun together – had outfitted all seven people in our family with bicycles. I ended that column with the line: “And now my husband is starting to dream about inflatable kayaks, so perhaps we’ll see you on the water, too!”

This past week, my mother- and father-in-law flew in from California for a visit. After my husband picked them up from Burlington Airport, he swung by Costco for what has become the Traditional Post-Airport Shopping Binge. Usually they come home bearing a couple of rotisserie chickens, industrial-sized bags of baking soda, and trays of croissants large enough to feed the population of Rhode Island.

They came home with all of that, but this time they had an inflatable kayak, too.

The reason for acquiring three different flotation devices is that each one only accommodates two people, and we have five children. The reason that all of these flotation devices are inflatable is for storage purposes: We have neither the space in our garage nor atop our vehicles to stash a non-inflatable kayak and two paddleboards.

It’s not a perfect arrangement – my husband now has to spend the first 30 minutes of each lake visit inflating these oversized water toys – but it makes sense for the moment. Still, I’m dubious as to how long these things will last. When my husband first shared his vision with me, I wasn’t worried until he got to the word “inflatable.” I reminded him that our family doesn’t have a great track record with anything inflatable. Our kids can pop balloons faster than you can say “Happy Birthday,” we’ve rarely had an inner tube last more than one season, and we need to buy a new air mattress for guests on an annual basis. Let’s just say I’m not getting overly attached to the kayak and paddleboards just yet.

The timing of their arrival was ideal, though: just before a weekend heat wave that brought us three consecutive days in which temperatures soared into the 80s. For two of those days, we loaded up two vehicles with assorted children, grandparents, a deflated kayak and paddleboard, and a portable pump, and headed out to Branbury Beach State Park on Lake Dunmore.

For the kayak’s maiden voyage, we sent our 8- and 11-year-old daughters out onto the lake. They were giddy with excitement as they pushed off; a few yards out onto the water, they called back, “Wait, how do you steer this thing?!”

“Just figure it out!” we shouted from the shore.

Figure it out they did, and before long they were nearly to the middle of the lake. My in-laws, watching from folding chairs in the shade of a tree, began peppering me with nervous questions.

“They can swim, right?” my mother-in-law asked.

“They can, but they’re also wearing life vests, so they won’t sink,” I reassured her.

“They seem really far out there,” she said, squinting at the little orange dot in the middle of the lake. “Do they know how to get back?”

“They’ll figure it out.”

Honestly, I wasn’t sure if I should be worried or not. Once your children are out in the middle of a lake, it’s hard to tell if they need help in the absence of obvious distress calls. At this point, I realized that I had no way of communicating with my children – they don’t have cell phones, and probably wouldn’t have reception anyway. We had no system of flag signals or walkie-talkies. They were on their own. 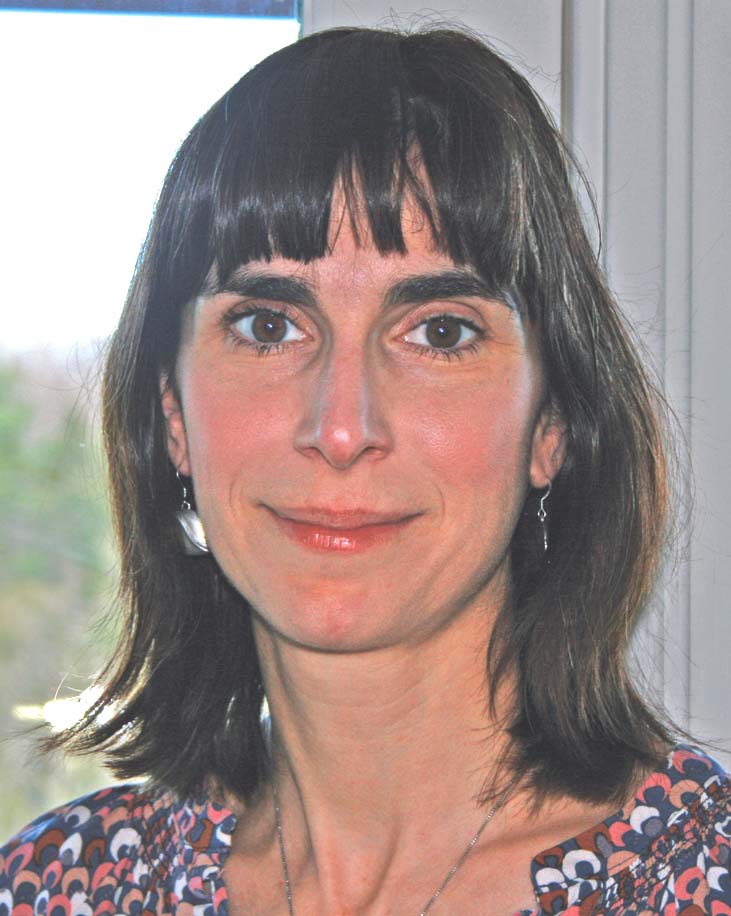 So, I decided to diffuse the situation with humor. “Well, it’s a lake, not the open ocean, so they can’t get lost,” I said, adding, “Anyway, we have three other children!”

In the end, my husband went out on the paddleboard – once he had it inflated – to check on our daughters. They were fine and made it back to shore tired but happy.

This scenario repeated itself the next day, but this time we had four daughters on the lake: two in the kayak and two on the paddleboard. Because my two oldest daughters were now behind the oars, they made it out much further on the lake, much faster. Before I knew it, I could barely make out which floating dots were my daughters. And this time, we didn’t have any way of reaching them, either verbally or physically.

After they’d been out on the water for a while and they didn’t appear to be making any progress towards the shore, I wondered again whether I should worry. This may be the most-asked question by parents everywhere: Should I worry?

I stood on the shore and thought about how this moment was a metaphor for parenting – especially parenting older children. They paddle so quickly away from us to places where we can’t go: places we can’t travel to physically with them, or places where our voices can’t reach them. And we watch them with a sense of pride in their courage, but also a nagging concern. Should I worry? Do they know how to make it back to shore, or how to get help? Will I be able to tell if they’re in trouble?

The parent on the shore balances in this tension: ready to spring into action if help is needed, but fighting the impulse to intervene right away. Because sometimes, even if our kids are battling a headwind or getting blown off course, even if it looks like they’re not making any progress at all, they’re still exactly where they need to be.

My daughters, it turned out, did have some challenges out on the lake that day, but they all made it safely back to shore on their own. May it always be so.

In the meantime, my mother-in-law has ordered us a set of waterproof walkie-talkies.