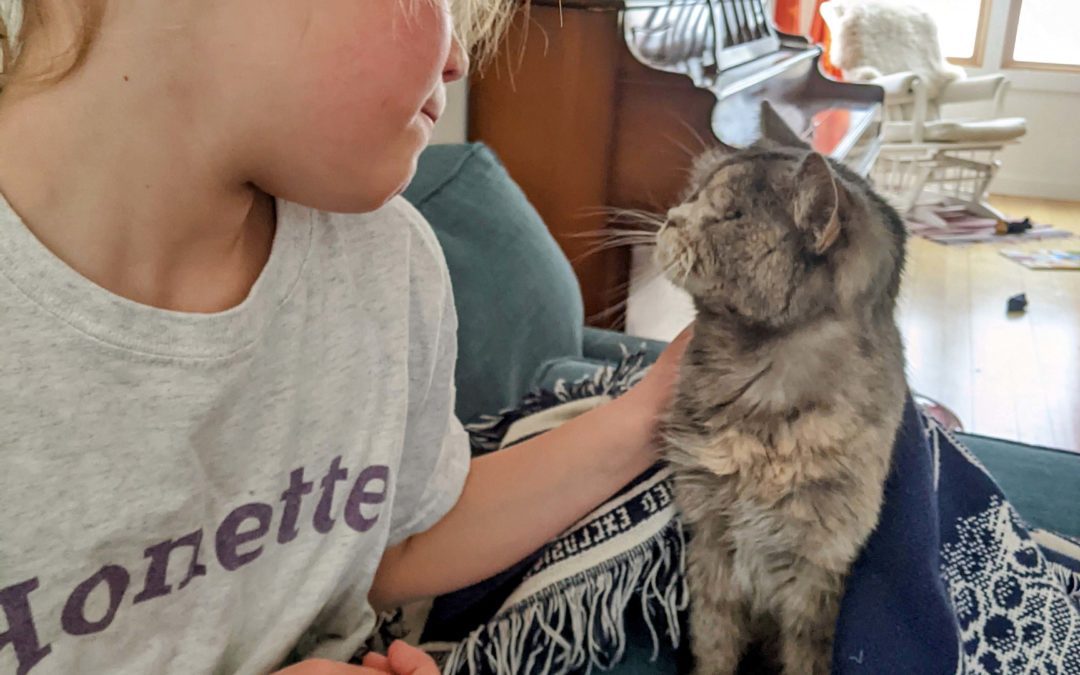 I never imagined I’d be a full-grown woman, weeping in my car over the death of my cat. But here I am.

Kitty (real name: Haley) was 22. An ancient wonder-creature. A magical cuddle-beast. The runtiest one-eyed fur-angel that ever skulked the earth. We adopted her from Homeward Bound in 2004, and she moved with us six times — including twice with my parents, who cared for her while we lived in pets-free apartments.

I’ve lived my entire adult life with this cat. 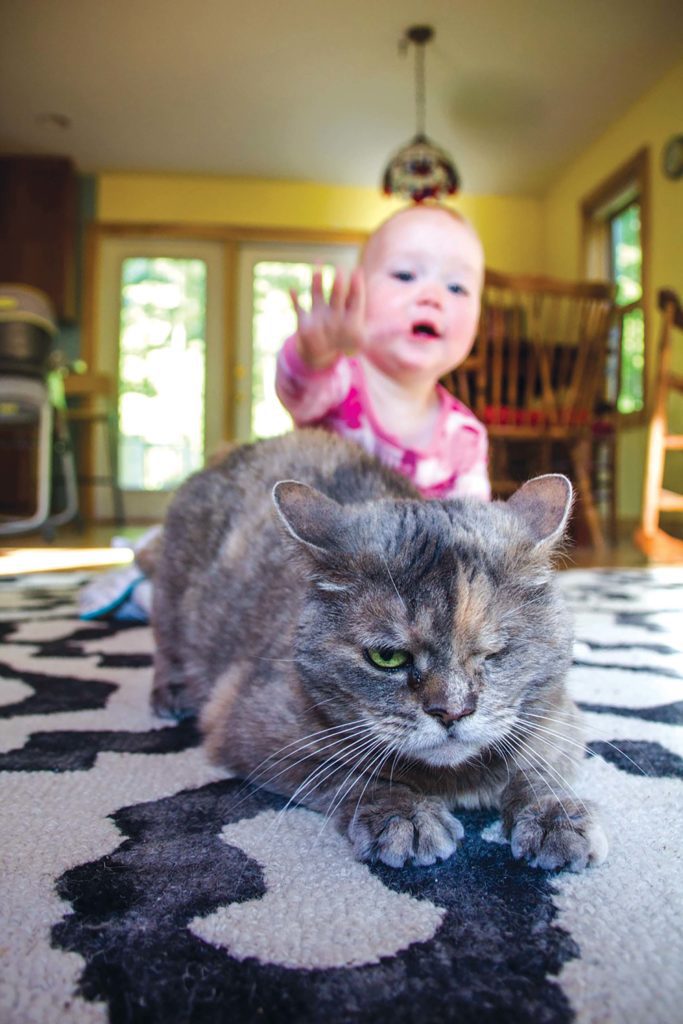 Kitty was missing an eye and her tail was broken and stumpy, but she had a lot to love.

Kitty was missing an eye, yes. And her tail was broken and stumpy. She snored loudly and sneezed often, thanks to a deviated septum. But she loved nothing more than to be close to us. She lived for TV time. She slept curled up by our feet every night. She never put up a fight when the girls dressed her in doll hats or decorated her with play-dough.

Kitty’s health had been deteriorating over the last few weeks, but yesterday it became clear that her time had finally come.

We’ve been prepping our kids for Kitty’s death for years. They already knew she was a centenarian in cat years and that she would leave us soon.

When we told them we would need to help Kitty end her long, love-filled life, Joni wept and immediately set to work making a heart-covered goodbye card. Frankie made a sad face and said, “I want a dog.”

We spent the afternoon pampering Kitty in a cozy nest made out of Joni’s and my shirts, the goodbye card taped to a nearby wall so Kitty could see it. Frankie saw how sad Joni was and tenderly tucked the cat in with a blanket.

And then this morning, after brief but heartfelt goodbyes from the girls, I brought Kitty to the animal hospital and held her in my arms to the end.

She let out one last hearty purr after the shot, and then she was gone.

Thanks for the cuddles, Kitty. We’ll miss you. 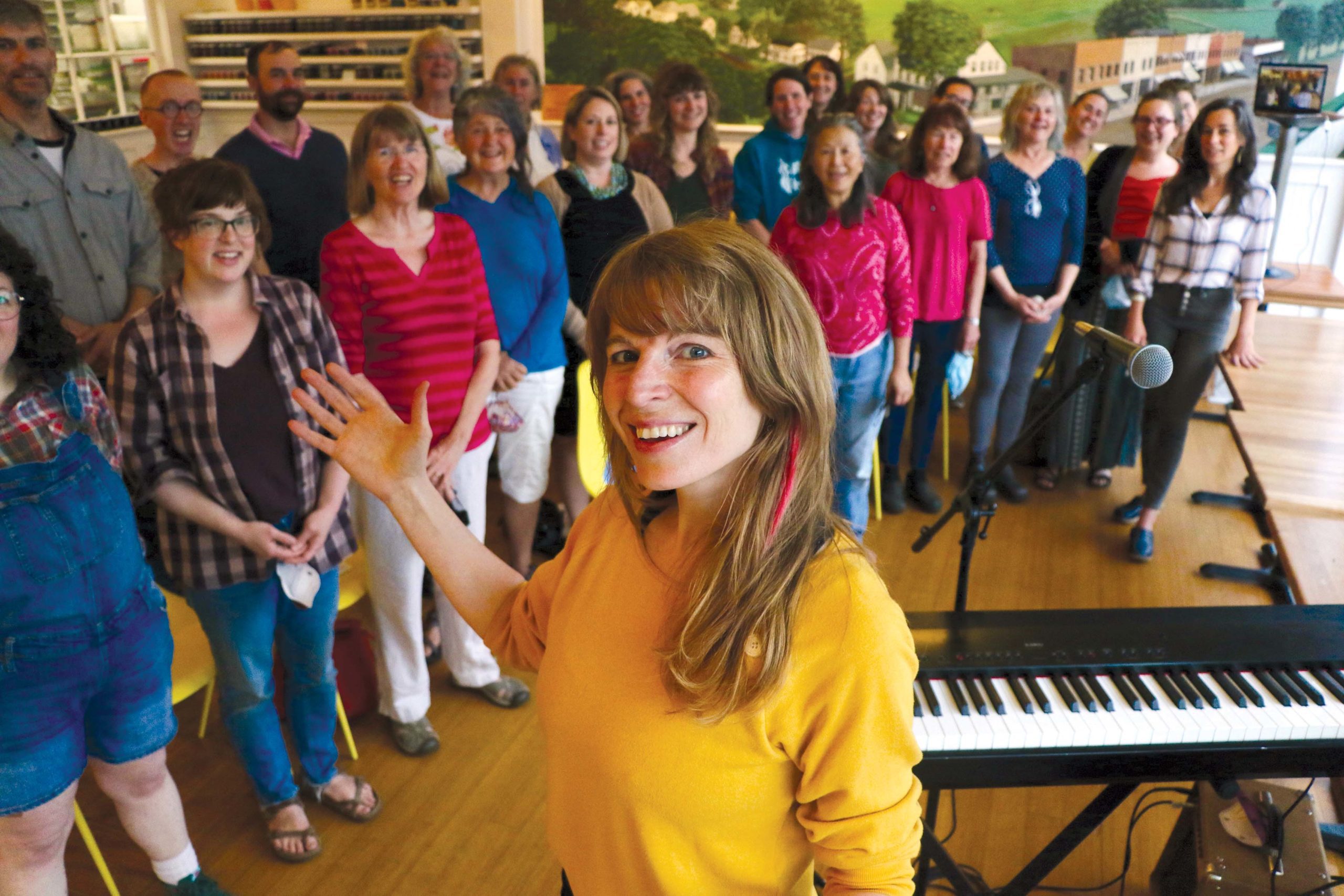 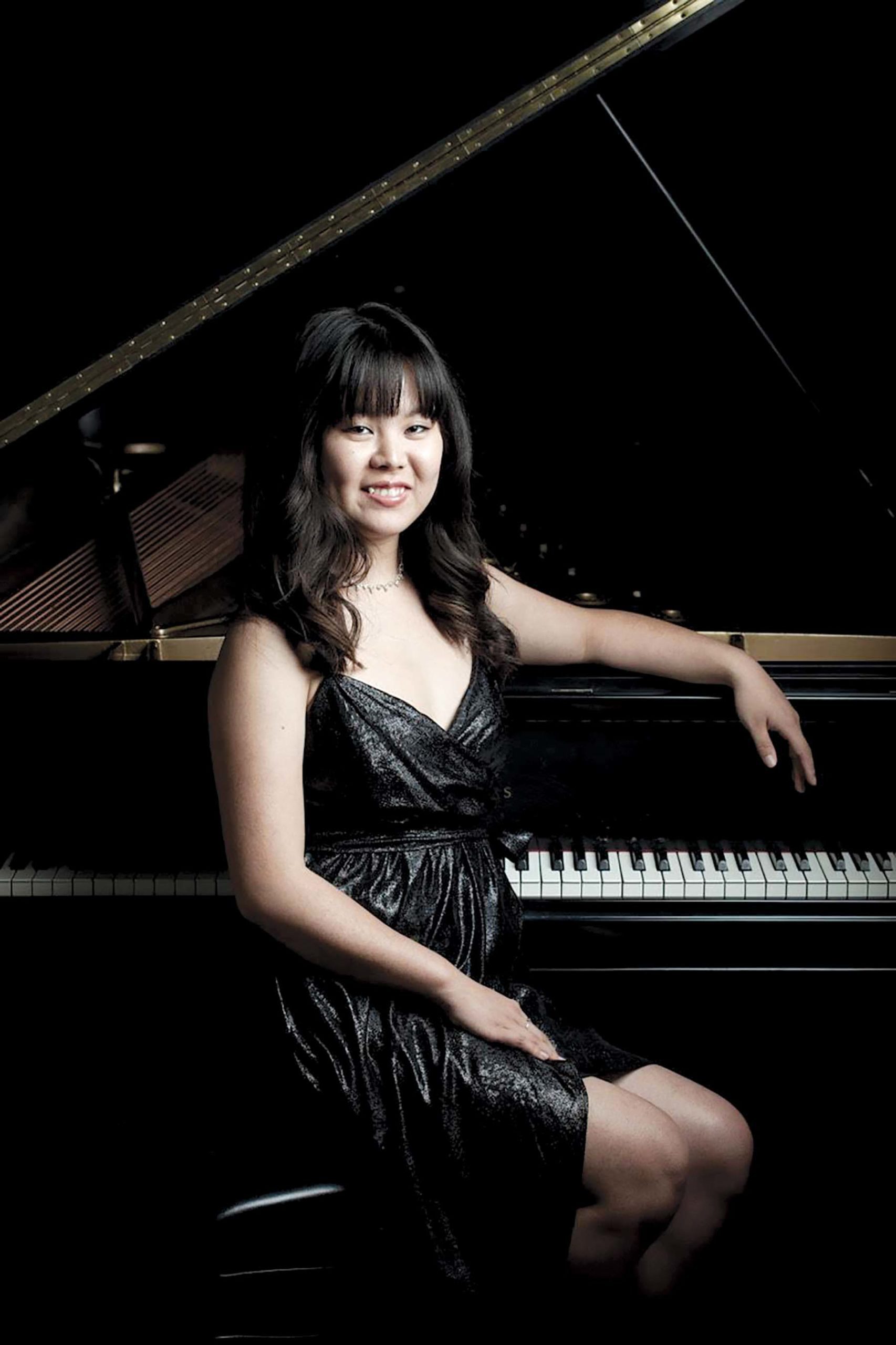