An Eagle flies to victory at Burlington Track & Field Invitational 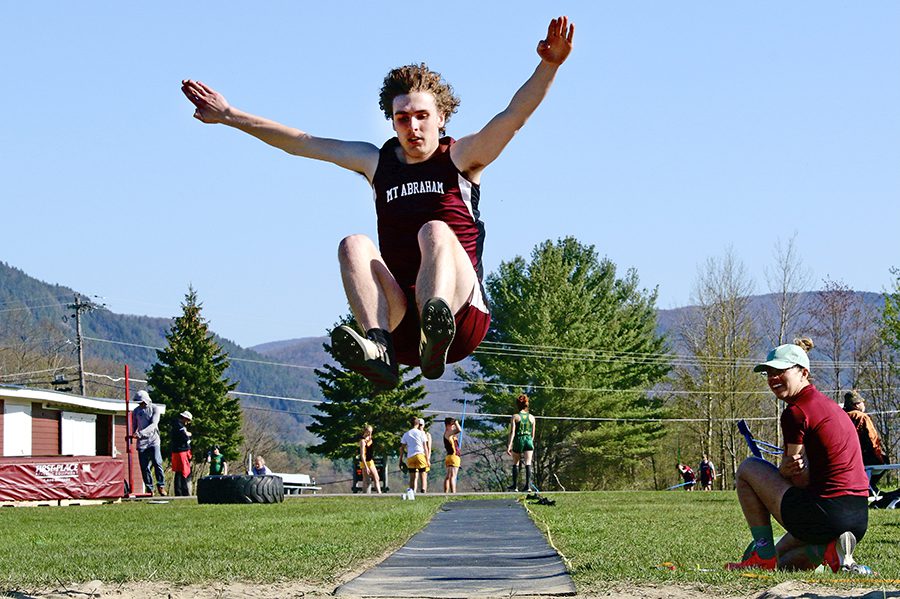 An Eagle flies to victory at Burlington Track & Field Invitational

Mount Abe Sophomore Joseph Darling, who won the triple jump at the Burlington Invitational on Saturday, sails through the air at the Eagle track in Bristol last week. Independent photo/Steve James

BURLINGTON — A win and a third-place showing by Mount Abraham’s Joseph Darling and a third-place effort by his teammate Gavin Bannister highlighted the efforts of Addison County athletes at Saturday’s Burlington Invitational, a major midseason track and field meet that drew than 20 teams. Many of those schools typically compete in Division I.

Darling won the boys’ triple jump with a distance of 11.76 meters and was third in the long jump at 6.13 meters.

The other athletes from Mount Abe, Middlebury and Vergennes to crack the top 10 in any events were Tigers Jazmyn Hurley and Hannah Turner in the girls’ 400, Tiger Zoe Noble in the girls’ 100-meter hurdles, and the Tiger boys’ four-by-800-meter relay team of Trey Bosworth, Baker Nelson, Aaron Carr-Perlow and Ethan Spritzer. 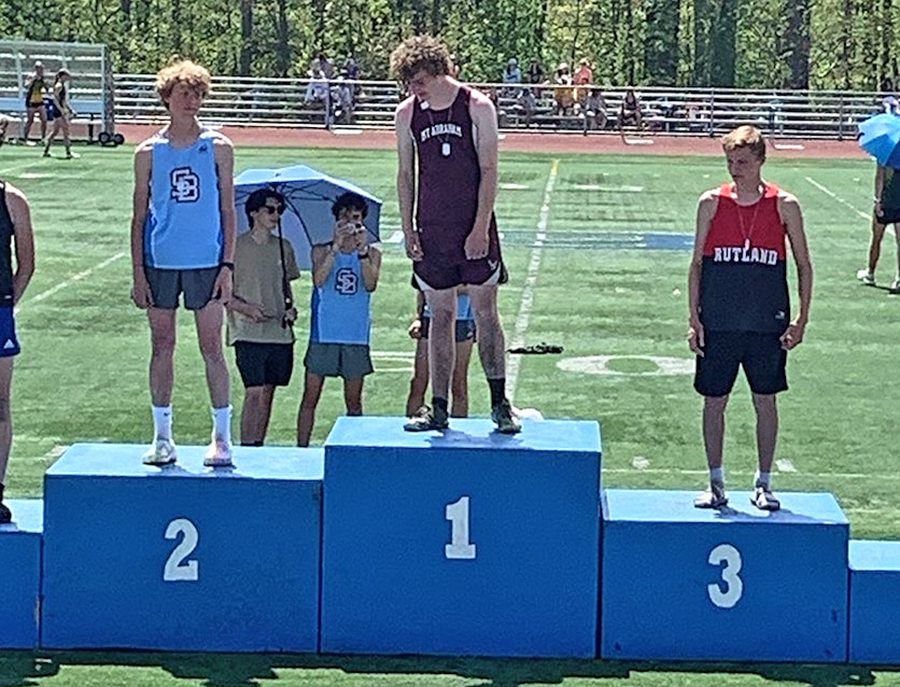 Eagle Joseph Darling stands atop the podium for his first-place finish in the triple jump at Saturday’s Burlington Invitational.

All three local track and field teams are scheduled to compete this Thursday, May 19, at the Middlebury College track at a meet hosted by MUHS.