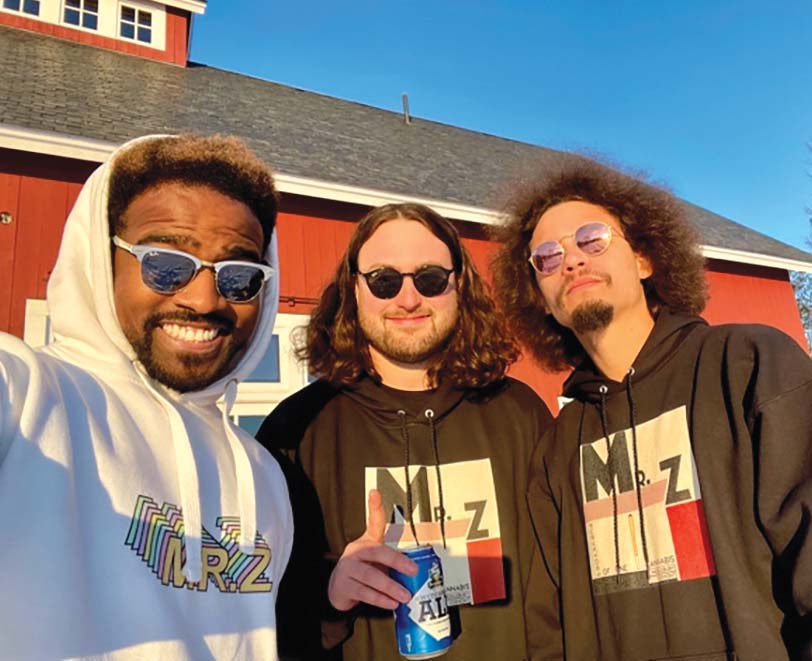 The original script didn’t call for cultivating cannabis in Middlebury to help fuel Vermont’s new recreational cannabis market. But here they are, with an application to operate a 3,000-square-foot indoor cannabis growing operation in the former Middlebury Boarding & Grooming Kennel property at 2819 South St. Extension.

It will be up to Vermont’s Cannabis Control Board to decide whether to license the proposed new business — called Mr. Z Craft Cannabis — to sell its product to licensed wholesalers, who will in turn supply future in-state retailers of recreational marijuana. Licensed cannabis cultivators can begin operation on June 1, with approved retailers permitted to sell beginning Oct. 1.

But in the meantime, the three Mr. Z partners are seeking town approval to conduct business at the former kennel property on South Street Extension. It’s located in Middlebury’s Agricultural-Rural zoning district. The Mr. Z’s business proposal could be conditionally approved in the ARR district as either a commercial greenhouse or an agricultural business, according to the applicants.

Eingorn, Williams and Tyson are all 30 years old and grew up together in New York City. They maintained their friendship through college and into adulthood. Eingorn attended Middlebury College, Tyson went to UVM, and Williams attended Dartmouth.

Following graduation, they all found jobs in the legal and/or corporate spheres back in NYC.

Tyson first worked at the Chittenden County Public Defender’s Office, interning as a criminal defense investigator. He later took a job working as a paralegal with NYC-based Hiller PC.

“That’s where I got introduced to the law side of cannabis,” he said.

This led to him sitting on the board of the nonprofit Cannabis Cultural Association in New York, specializing in advocacy and education around cannabis.

Williams graduated from Dartmouth in 2014 with a double major in Environmental Science and Architectural Studies. He began working at an architectural firm, then secured a job in the world of finance.

“I realized after a while that not only was (finance) not the place for me, the corporate culture — as it related to young people and society in general — was really unhealthy.”

Eingorn earned a degree in Chinese at Middlebury. Upon his return to Brooklyn, Eingorn worked in the tech field, starting in sales and transitioning to software engineering. His duties included building custom software applications for Fortune 500 companies.

Like many folks during the pandemic, Eingorn got used to working remotely. That path brought him back to Vermont, and he was able to woo his two buddies to join him.

Well, the three friends had shared an appreciation for recreational cannabis, which had been legalized in both New York and Vermont in 2021. The stars had suddenly aligned for the trio to start a related business venture

“We had always wanted to grow cannabis legally,” Eingorn said. “We hated our corporate jobs and everything they stood for. We quickly got together to figure out how to make (Mr. Z’s) happen.”

Each of the partners had skills to bring to the table.

Tyson, Mr. Z’s CEO, has the legal background; Eingorn is the engineering guy; and Williams knows the business angles.

They knew finding a location for Mr. Z’s would be a challenge, in large part due to the pandemic’s impact on the real estate market. Suddenly, properties were selling like hotcakes, sometimes for thousands above their appraised value.

“We realized that in order to do this right, we needed a specific type of property,” Eingorn. “And as it turned out, there was a perfect piece of property sitting in Middlebury.”

The former Middlebury dog kennel on South Street Extension “had everything we needed” Eingorn said. It was fairly secluded, could be made secure, and could meet Mr. Z’s ample water and electricity needs.

“Sometimes, life makes the decisions for you,” Eingorn said of the serendipitous find.

Still, the kennel building will need work, the trio acknowledged. Their business plan calls for, among other things:

“The building is going to be almost completely air-tight with 4-7 inches of Demilec Closed Cell Spray Foam in the walls and attic,” the Mr. Z’s narrative reads. The building will also be endowed with energy recovery ventilators, according to the partners.

“We will maintain video surveillance with continuous monitoring of any space that contains cannabis, whether growing or harvested,” the narrative states.

The partners claim their business will have no undue, adverse effect on the character of the neighborhood.

“We have been speaking with our neighbors, and every single person has expressed nothing but excitement and joy, especially when they found out we will not be doing anything noisy or with high traffic,” the application narrative states.

Folks will be able to weigh in on the Mr. Z application at a Middlebury Development Review Board meeting set for 7 p.m. on Monday, April 25, at the town offices.

Eingorn, Williams and Tyson vowed to operate the business professionally and responsibly.

“We feel a deep collective sense of purpose, given that we, as a self-owned majority BIPOC operation, will be using cutting edge organized regenerative farming practices to set new standards for sustainability and quality in the industry,” they stated in their application.