“We’re at a juncture in our world where there will be losers … I’m not sure why we’re trying to satisfy Vermont Gas or the heating fuel dealers.”
— Kimberly Hayden

VERMONT — Climate and energy activists are raising the alarm about what they see as critical flaws in a proposed climate bill now being considered by the Vermont Senate Committee on Natural Resources and Energy.

H.715, which passed the House last month, creates a “Clean Heat Standard” that aims to reduce greenhouse gas emissions in Vermont’s heating sector by 40%, by 2030. That sector currently accounts for more than a third of the state’s climate-changing emissions.

“This bill is trying to do too much and satisfy too many interests too quickly,” said Bristol Energy Committee Member Richard Butz, who is a member of 350VT. “I think many of us feel that this is a bill with some very important flaws that could, if passed the way it is, create the impression we’ve done something in regard to greenhouse gas reductions, but haven’t, actually. So it becomes a case of greenwashing.”

If it becomes law, H.715 would require certain providers of fossil-based heating fuels — oil, propane, natural gas, coal and kerosene — to reduce their greenhouse gas emissions by obtaining “clean heat credits.” They could do this by delivering lower-carbon options to their customers, making deals with other companies that deliver such options, helping install non-fossil-fuel heating systems, or buying credits from the marketplace. Implementing all of this would fall to the Vermont Public Utility Commission.

“The Clean Heat Standard … is the most consequential step yet to execute (Vermont’s Climate Action Plan), to take responsibility for our own pollution and stabilize our future energy costs,” wrote Rep. Scott Campbell, D-St. Johnsbury, in a March 24 op-ed on VTDigger.org. “The Clean Heat standard, for the first time, makes sellers of fossil heating fuels accountable for the greenhouse gas impact of those fuels.” It also offers “a financially viable path from the fuel business to the heating — and cooling and efficiency and comfort — business.”

Vanessa Rule, co-director and lead organizer of 350VT, is not convinced.

“350VT appreciates the intent of this bill, but our analysis is that it is structured in such a way that leaves it open to exploitation by fossil fuel interests and that it would not lead to the emissions reductions required under the Global Warming Solutions Act,” Rule and her colleagues wrote in a position paper issued last month. “The pathways it would provide could easily harm communities and life-sustaining ecosystems, and impact our ability to grow food, beyond Vermont’s borders.”

Neither is Rule convinced that legislators are on the same page about how the policy would work.

“There’s a lot of confusion around this bill,” she said during a March 31 interview with the Independent. “It’s very complicated. We have spent literally hundreds of hours digging into it and talking to people, and it’s really not a transparent bill.”

Rule noted that the previous day a member of the Senate Natural Resources Committee had acknowledged on multiple occasions that they did not entirely understand the testimony being provided in support of the bill.

Last month two members of the House Committee on Energy and Technology came to opposite conclusions about an issue they’ve both supported publicly: protecting Vermont’s heating fuel dealers.

“I can’t vote for a bill that will put many hard-working fuel dealers out of their jobs, and will kill scores of small businesses with deep ties to their communities,” wrote Rep. Sally Achey, R-Middletown Springs, in a March 8 op-ed on VTDigger.org.

A week later, in the same space, Rep. Laura Sibilia, I-Dover, wrote in support of the bill because “our smallest fossil-fuel dealers, and the Vermonters reliant on them to heat their homes, are in danger of being left behind in this increasingly volatile global energy market… Inaction threatens to be an anchor pulling (them) under.”

Meanwhile the clock is ticking, and advocates for a stricter version of the bill worry they’re running out of time.

“I think there’s a lot of political pressure to get something done in terms of Vermont acting on climate,” Rule said. 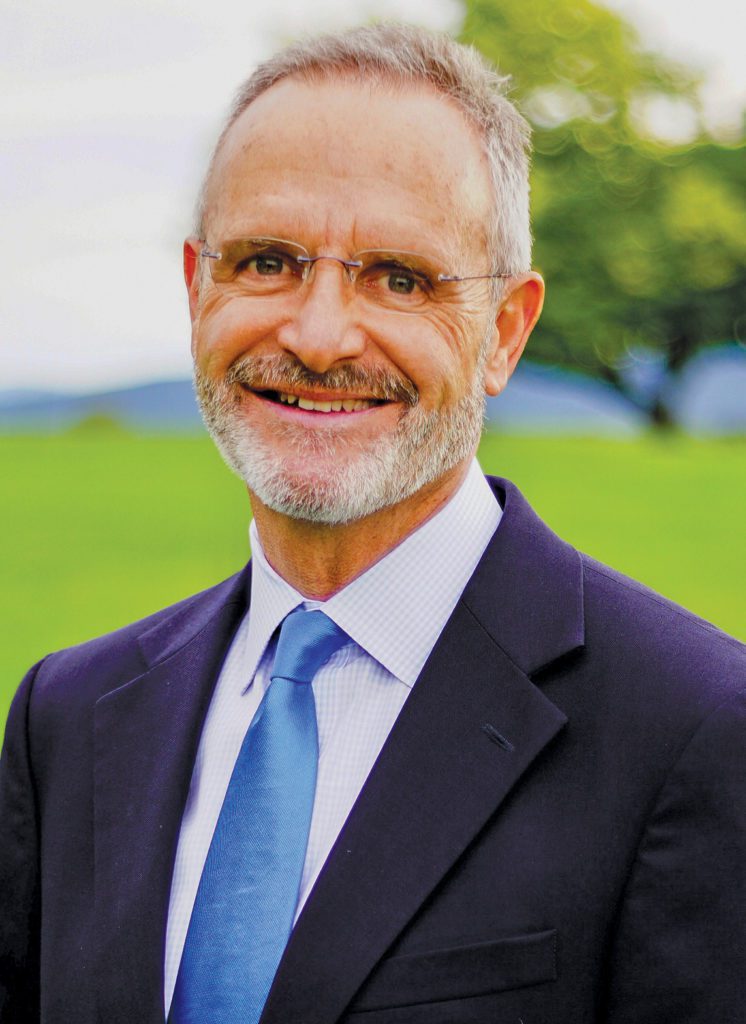 Sen. Christopher Bray, D-Bristol, who chairs the Senate Natural Resources Committee, has indicated he wants the bill voted out of committee by the end of this week.

Matt Cota, executive director of the Vermont Fuel Dealers Association, also has problems with the Clean Heat Standard, which he says will produce winners and losers if it’s passed as currently written.

“For the losers you don’t need to look that far,” he continued. “Just find your local fuel dealer. Anyone that continues to sell heating oil, propane or kerosene in the state of Vermont will have to pay a higher price and so will their consumers.”

Kimberly Hayden, a Burlington attorney who serves on Renewable Energy Vermont’s policy committee, agrees there will be winners and losers in the fight to prevent a climate catastrophe.

“We’re at a juncture in our world where there will be losers,” Hayden said, “and if they’re attached to the fossil fuel industry they’re going to take a hit. I’m not sure why we’re trying to satisfy Vermont Gas or the heating fuel dealers. It’s almost like it’s a paramount objective of this bill. But we don’t have time to do that. It’s not founded in the appropriate concerns.”

At least Cota had a seat at the table.

Members of 350VT have repeatedly requested to be heard by legislators since H.715 was introduced last month, but it wasn’t until Tuesday afternoon, after a large-scale mobilization of its membership to call the State House, that the Senate committee finally offered them an opportunity.

Meanwhile, in addition to Cota, the committee has seen a steady stream of corporate and utilities stakeholders:

On Monday the Intergovernmental Panel on Climate Change, or IPCC, issued a new report, with a message that was received loud and clear around the world.

“It’s now or never, if we want to limit global warming to 1.5°C (2.7°F),” said IPCC Working Group III Co-Chair Jim Skea in an April 4 media release. “Without immediate and deep emissions reductions across all sectors, it will be impossible.”

This will require, among other things, major transitions in the energy sector over the next few years, including “a substantial reduction in fossil fuel use,” the IPCC said.

It’s a shorter timeline than what the IPCC implied when in 2014 it suggested fossil fuels should be phased out by 2100, but the concept is pretty much the same: fossil fuels have to go.

The fossil fuel industry has known this day would come.

In fact, that industry — which supplies the products sold by Vermont’s heating fuel dealers — has known about climate change for decades.

Exxon, which is now ExxonMobil and the largest gas and oil company in the world, was aware of climate change more than 40 years ago, according to a 2015 investigation by the Pulitzer Prize-winning organization InsideClimate News.

“There’s a sense, of course, in which one already assumed that this was the case,” Ripton author Bill McKibben wrote in the New Yorker at the time. “Everyone who’s been paying attention has known about climate change for decades now. But it turns out Exxon didn’t just ‘know’ about climate change: it conducted some of the original research.”

And then the company spent “decades helping to organize the campaigns of disinformation and denial that have slowed — perhaps fatally — the planet’s response to global warming.”

“We can have cleaner heat in Vermont,” 350VT said. “But the Clean Heat Standard needs significant changes before the bill becomes law.”

“350VT’s position aligns with the values of the global climate justice movement asking governments to move quickly away from market mechanisms and false solutions like biofuels to reach greenhouse gas reduction goals,” the group wrote in its position paper.

“Vermont needs a bill that will move us away from an extractive economic system that profits a few while harming communities here and around the world, particularly communities of color, as well as critical ecosystems.”

The amendments 350VT offers, which are detailed in their position paper, “will land this bill solidly in the realm of real regenerative energy solutions that strengthen our communities’ and ecosystems’ health and resilience in the face of climate disruption.”

To see some specifics on what the Clean Heat Standards bill could address regarding biofuels, wood, electricity and accounting for meeting its goals, click here.