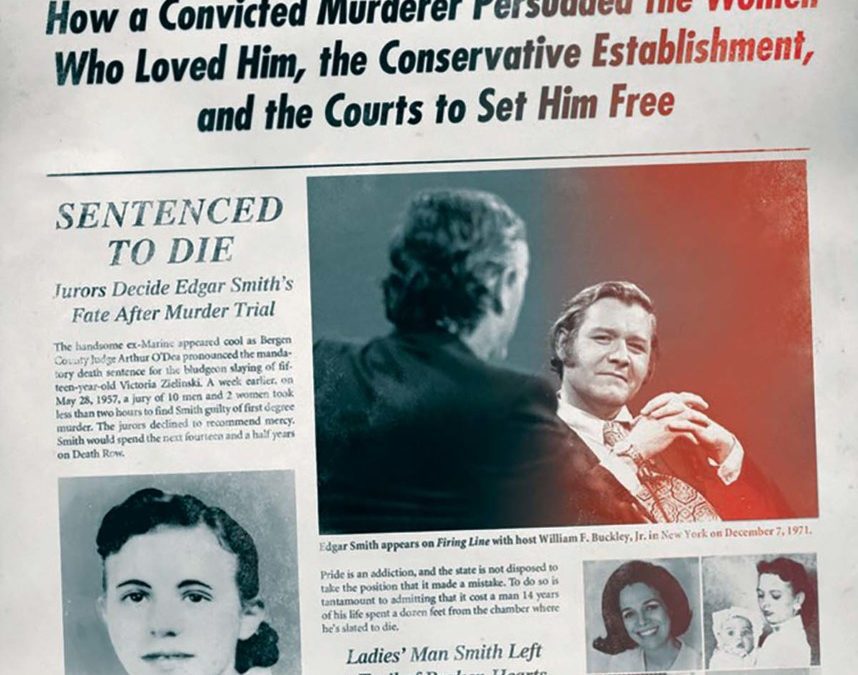 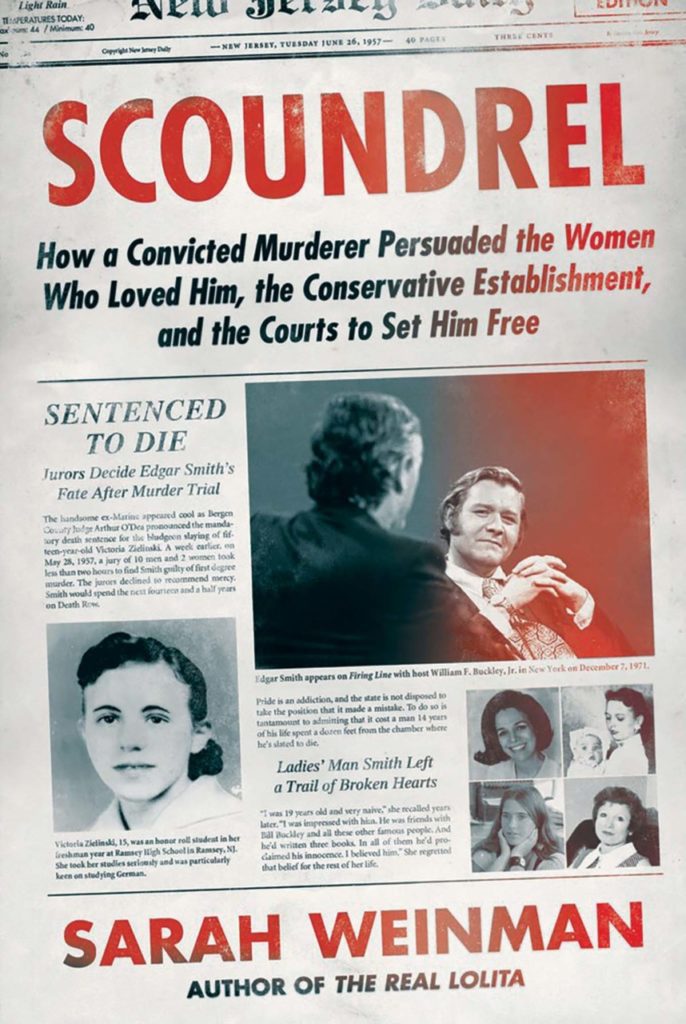 The subtitle to Sarah Weinman’s new true crime book, “How a Convicted Murderer Persuaded the Women Who Loved Him, the Conservative Establishment, and the Courts to Set Him Free” gives you a comprehensive overview of what you can expect as a reader. As she did in her previous book, “The Real Lolita,” Weinman comes at her subject matter from all angles, using primary sources whenever available, including court documents and transcripts, prison and parole records, testimony, letters and local newspaper coverage, and she manages to present it in a tightly-wound narrative that reads very much like a thriller. At its core, this is a book about the “weird coming together of three people as different as” Edgar Smith, who was on death row for the 1957 murder of fifteen-year-old honor student and cheerleader Victoria Ann Zielinski in Ramsey, New Jersey, William F. Buckley Jr., the conservative author, political commentator, and founder of the National Review, and Sophie Wilkins, editor and translator at the publishing house, Alfred A. Knopf. Smith, maneuvering for a stay of execution and his eventual release, obfuscated the truth so expertly both Buckley and Wilkins were conned into advocating for him, publishing him, and aiding his efforts. It’s an unsavory subject but a very fine book.

The Betrayal of Anne Frank, by Rosemary Sullivan

Catch the Sparrow, by Rachel Rear

A Taste for Poison, by Neil Bradbury

The Other Dr. Gilmer, by Benjamin Gilmer

The Doomsday Mother, by John Glatt

The Sinner and the Saint, by Kevin Birmingham

Lost in the Valley of Death, by Harley Rustad

Killers of the Flower Moon, by David Grann