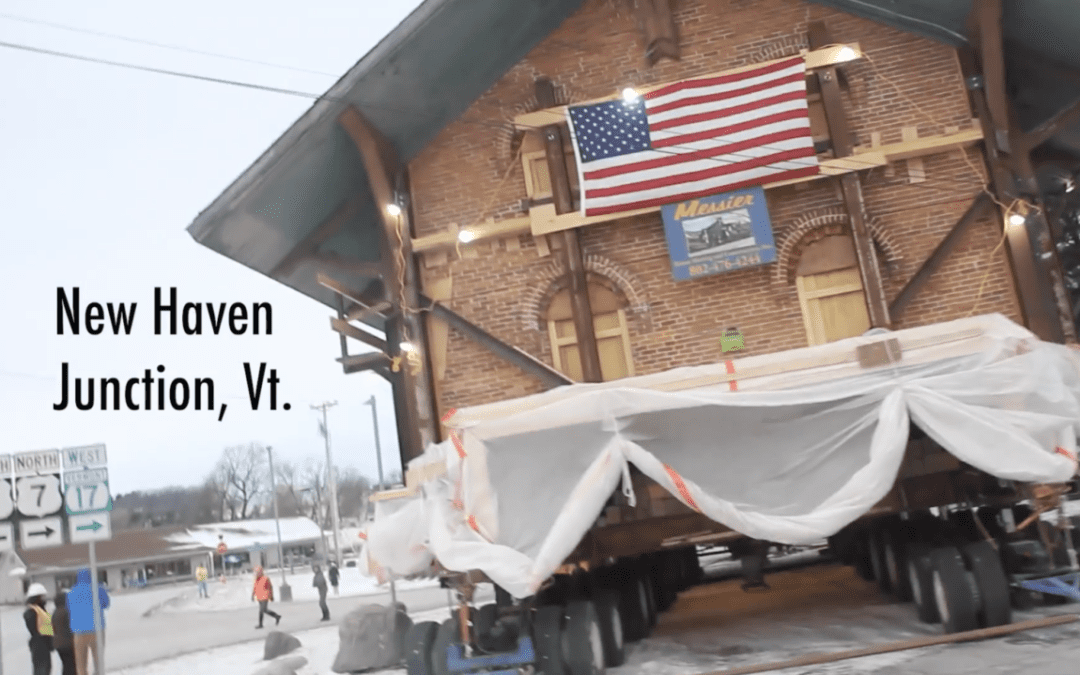 NEW HAVEN — We tagged along with the moving company transporting the historic New Haven train depot from New Haven Junction to its new home on North Street, where it arrived on Thursday. Here’s Megan James’ video of the adventure.

And here’s some background from Christopher Ross:

This past winter, as plans to extend passenger train service from Rutland to Burlington started taking shape, VTrans informed VDHP and its (now former) tenant, Roundtree Construction, that the depot would have to be moved offsite or demolished. It was too close to the tracks and it would dangerously impede visibility for passenger trains approaching Route 7 from the east — at 59 miles per hour.

Within weeks town officials and residents had formed the Historic Train Depot Committee, and by spring they had identified a new home for the building.

And see Steve James’ photos of the first leg of the move here.