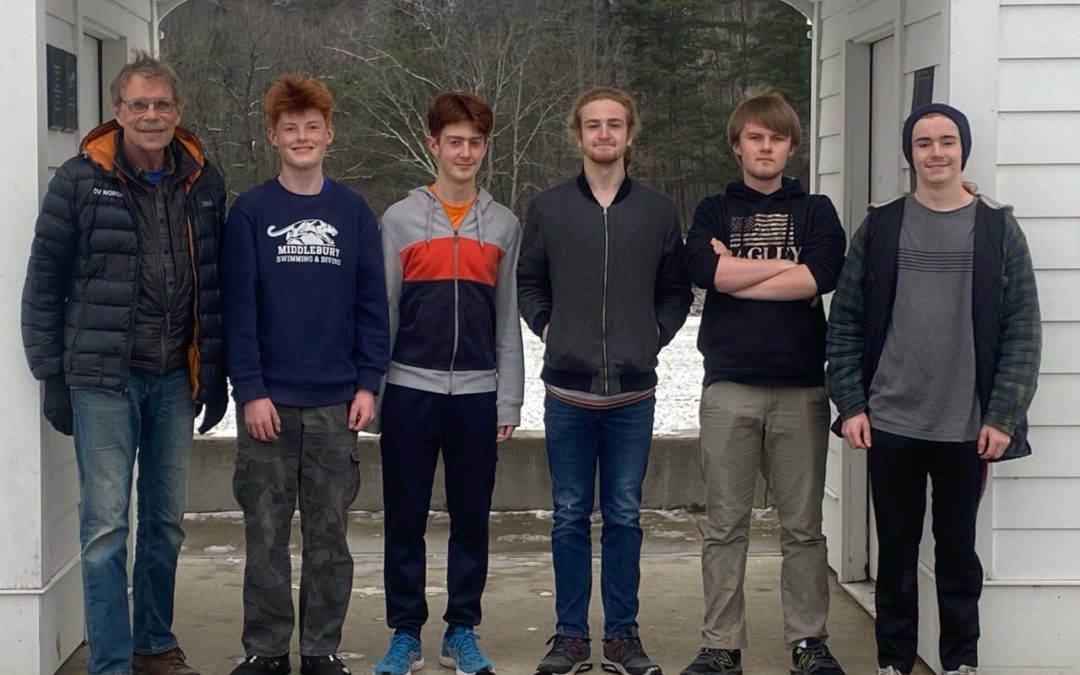 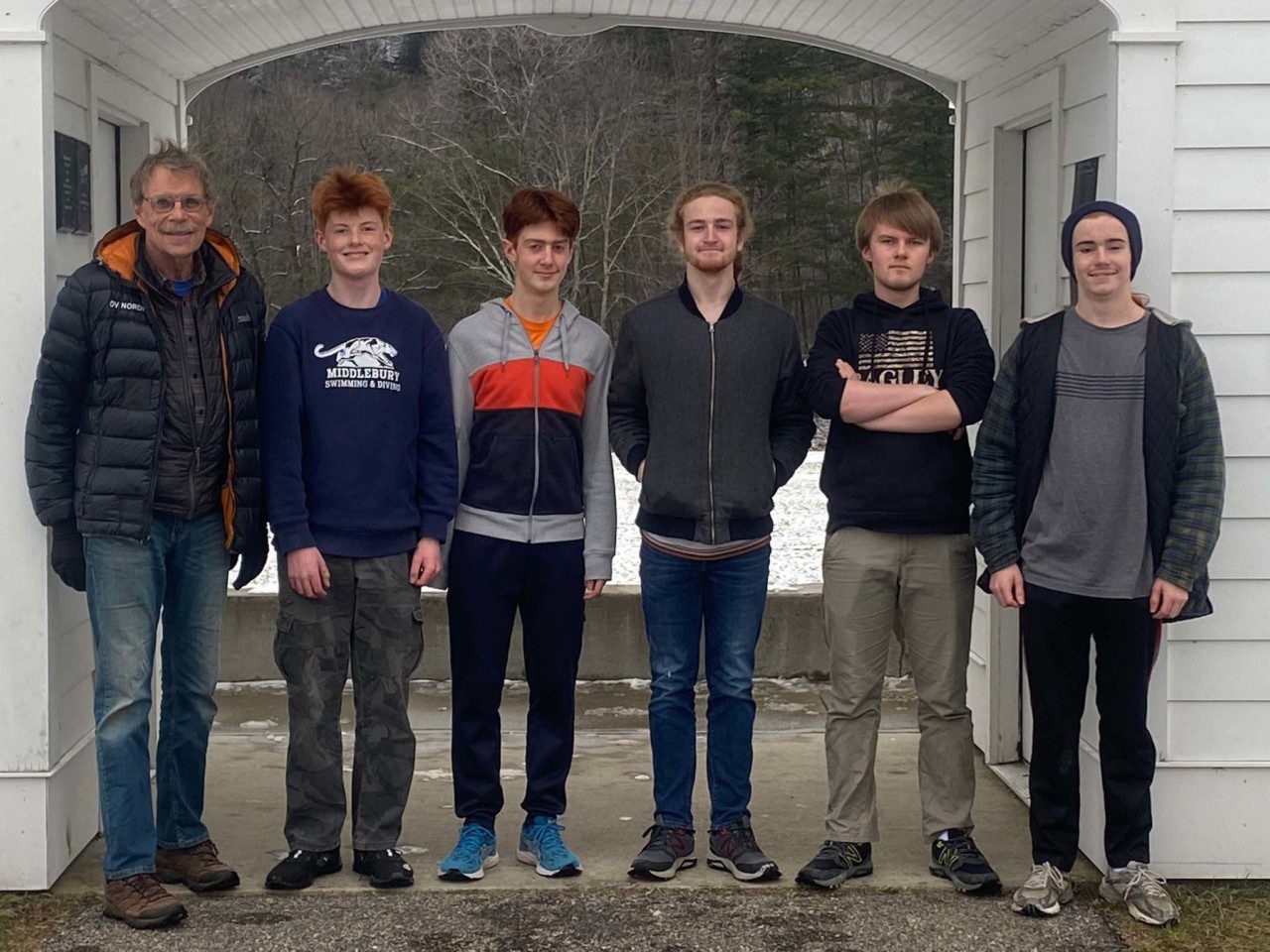 BRANDON — The COVD-shortened winter of the 2020-21 high school sports season is behind us, and the teams at Otter Valley are happy about that. The pandemic forced the school’s basketball programs, like those elsewhere, to play abbreviated seasons, and wrestling was sidelined for the entire season.

And after a year off, the Otter wrestling team looks to be back and very strong with enough grapplers to fill the entire lineup and then some. The basketball teams — the girls’ squad has a new but familiar coach — will try to play up their strengths this year. And the Nordic ski team is young but learning fast — now if they could just get some snow.

Unless the pandemic worsens and state officials curtail the season, OV athletes in the preseason were looking forward to enjoying full schedules (with masks for all, except wrestlers while on mats), and they and their coaches were feeling hopeful. 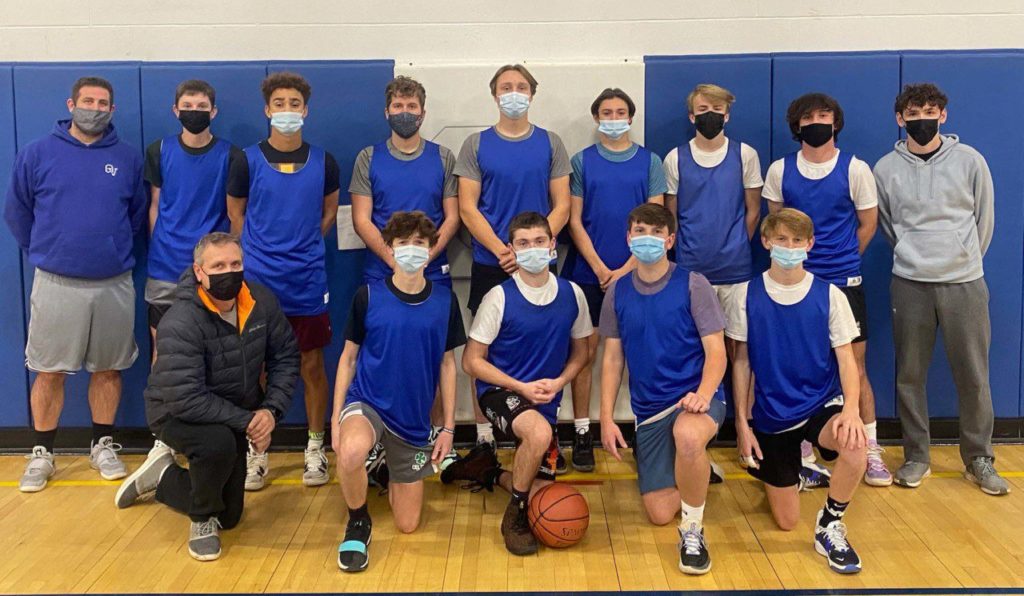 Coach Mike Stark was feeling optimistic about his Otter boys’ basketball team during the preseason because of what he saw as its balance and depth.

“One through 11 they’re all pretty similar in their talent level, so I think contributions from the bench are going to be huge this year,” Stark said. “And guys who start one game might not necessarily start the second game. So it’s nice to have 11 guys who are so similar, because I can play 11 guys, and there’s not a drop.”

He sees a team that can run and fill up the basket, but one that is not the biggest he has coached.

Stark described the rest of the team as “eight guards,” although several are capable of sliding into the small forward role.

The team’s other two seniors are both guards capable of running the point or playing off the ball, Elijah Tucker-Bryant and Evan Thomas. Two juniors who will start or see plenty of time at shooting guard or small forward are Matt Bryant and Matt Greeno.

Stark said the team’s two versatile sophomores will also make strong cases for minutes, guard Owen Thomas and swingman Aiden Decker. That leaves one more player, guard Logan Letourneau, who like his two older brothers made the varsity team as a freshman and brings both outside shooting and driving ability, according to Stark.

Given the many pieces to mix and match, Stark said set lineups might be rare, especially in the early going.

The Otters have a tough Division II schedule that includes both Rutland and Addison county teams, but Stark believes they can hold their own.

“We could have our ups and downs. But I think if guys continue to buy in and we keep committing to competing every single day, I think we could be anywhere between 12-8 and 8-12,” he said.

An influx of three sophomores and four freshmen, almost all with both middle school and youth experience, has given the OV wrestling program a numbers boost.

With eight upperclassmen also signed on, most back after missing last winter, when health officials ruled out wrestling as a high school sport because of the pandemic, Coach Cole Mason has close to a full ladder and full practice room — and competition in several weight classes.

“We’ll have some overlap. Kids are going to have to wrestle off for the first time at Otter Valley in a long time,” Mason said. “It’s a great problem to have.”

Having that many wrestlers in the room also helps build team spirit and camaraderie and makes for a more enjoyable experience for a team, he said.

“It makes it a lot easier to come to practice, especially because wrestling is a grind,” he said. “Having 15 kids is great.”

Among the returners Mason expects to excel are senior Sam Martin, a state meet third-place finisher at 195 pounds who might bump up to 220; junior Caleb Whitney at either 132 or 138, who Mason said is “pretty hungry” after underperforming at the 2019 state tourney; senior Austin Cormany, who was one place short of the podium at 120 in 2019; and junior Tucker Babcock, who Mason said has “worked hard in the past two off-seasons.”

The three sophomores are heavyweight Derek Li, Carter Giles at 138 or 145, and Caleb Reynolds at 120.

Mason clearly expects some of his younger wrestlers to excel, but opted not to be specific.

“We’ve got some young kids who are going to surprise some people,” he said. “I wouldn’t be surprised to see a couple of these young kids on the top of the podium come February.”

Mason also believes the Otters can fare well as a team.

“You don’t get a trophy unless you get top three,” he said. “The goal is to get a team trophy. The goal is to produce quality wrestlers. We’re finally at that point we’ve been working toward.” 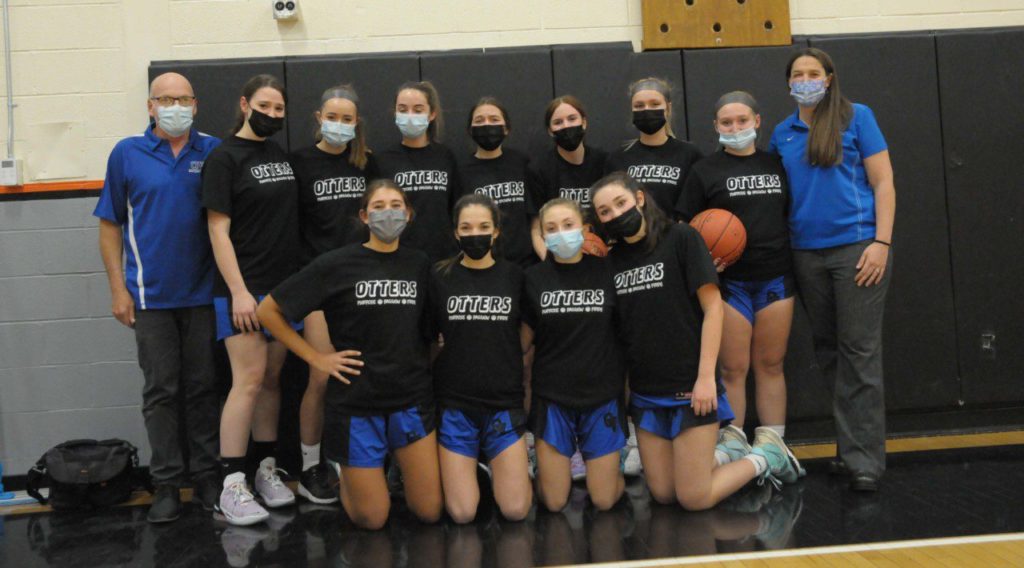 The biggest news for the OV girls’ basketball program is the return of Coach Ray Counter, who led the program for several seasons about a decade or more ago.

Counter did not leave coaching after departing from the varsity. He simply returned to middle school and kept preparing the next generations of Otter athletes for high school play.

Counter takes over a team that brings back several key players from a 4-6 season that included a strong finish and a first-round Division III home playoff win before a quarterfinal loss to eventual champion Lake Region.

He sees positives in the team, but also areas that will need shoring up as the Otters face a tough schedule.

“Our strengths are our quickness and our team unity, and we have a lot of work to do on our defense and our rebounding,” he said.

Certainly, the Otters are not a tall team. Counter said only one of his returners, junior Emily Peduto, is a true forward, although standout senior Alice Keith is a strong inside player as a guard/forward, as is junior Anna Lee, a mainstay in recent seasons who is likely to see significant minutes again.

The team’s other seniors are guards Marissa Connors and JoAnna Ray and forward Brittany Jackson. Counter said Jackson has been away from the sport for a while, but her athleticism will be valuable in the paint.

Speedy junior guard Ryleigh LaPorte will start along with Keith, Counter said, while junior guard Elena Politano will see plenty of minutes either as a starter or in the regular rotation, and junior forward Alivia Sheldrick will be in the frontcourt mix.

Two more players will, at least to start with, swing between the varsity and JV teams, sophomore Sierra Cormany and freshman Matelin LaPorte.

Counter described the lineup and rotation as “still up in the air” as the Otters’ opening game approached, and said he could continue to tinker with things as the season progressed.

“Right now we could have a number of starting lineups depending on who we are playing,” he said.

Essentially, Counter expects the Otters to gel as the weeks pass and be better when February and March roll around.

“I see us having some struggles early on, but as we spend more time together, I think that things will get much smoother, both offensively and defensively,” he said. “And my expectation is we will see those improvements through the season, and most of all any time we step on the court I expect us to compete.” 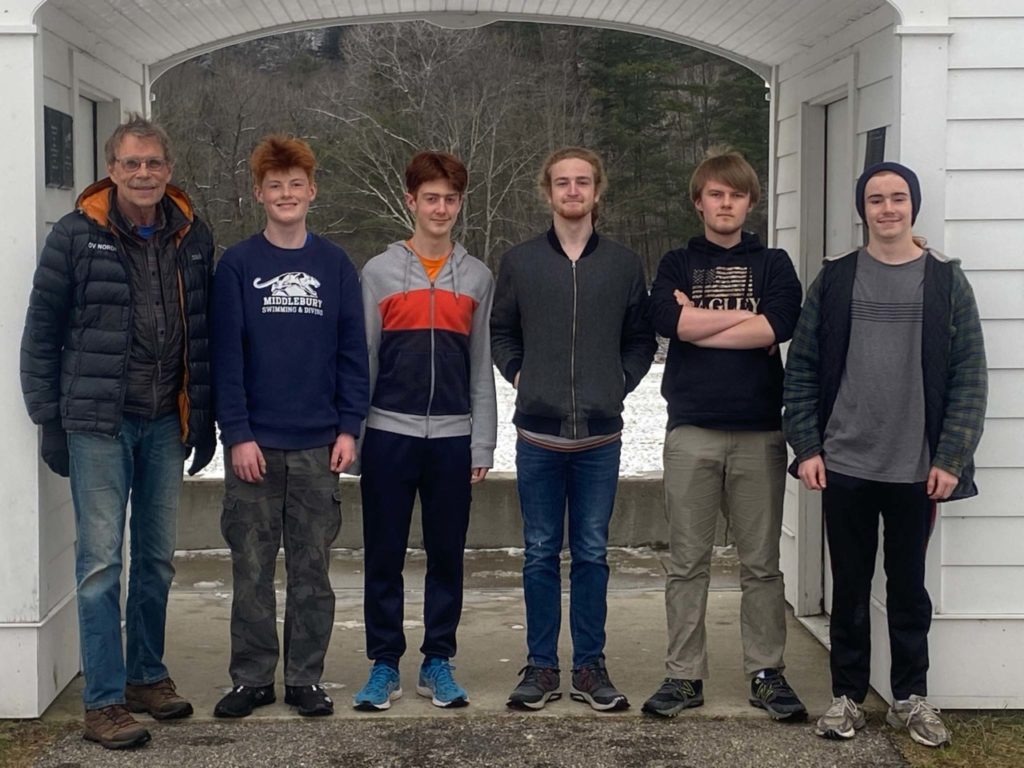 The Otter Valley Nordic ski team this winter is young and looking to build its skills, as the five-member team is comprised of three sophomores and two freshmen. And the dearth of snow hasn’t been helping, said Coach Bob Clark.

“The team is very young, but they’ve all done some skiing and they have great potential for improvement,” Clark said, but so far, the team hasn’t been on snow.

The team typically practices at Mountain Top Nordic Center in Chittenden, which has yet to open, and this week’s warmer weather forecast likely set things back compared to previous years.

Practices, Clark says, have been focusing on roller skiing, running a steep hill across from OVUHS that’s a mile and a half up and down, riding stationary bikes and other drills to build endurance, speed and cardiac capacity. “The kids are getting eager to get out on the snow and put their skis on, and so am I!” Clark added.

Vermont Nordic ski teams compete in two divisions, Divisions I and II, but Clark notes that even the Division II schools include such ski juggernauts as Middlebury, Harwood and Woodstock. For league competitions OV skis in Vermont’s Southern conference.

“There are very few small schools, OV’s size, that have Nordic teams,” Clark said, “but it’s a great sport, a great lifetime sport, and we’re building a program and we’re on the right track with these young kids.” Clark, who has been coaching varsity for the past two years, had spent more than a dozen years coaching at the middle school. A lawyer before he retired, Clark recalled that his daughters skied in the Bill Koch League, and two skied at Otter Valley years ago.

OVUHS has had a Nordic ski team since the early 1970s, he said, recalling that the team’s most famous alum was Lawton Redman, who skied on the U.S. Olympic team in 2002, when the winter Olympics were in Utah.

While this season will be one on which to build toward more competitive seasons in the years ahead, Clark says he’s looking forward to seeing how much individual team members can improve, and how they can work together as a team to be able to compete at the varsity level.