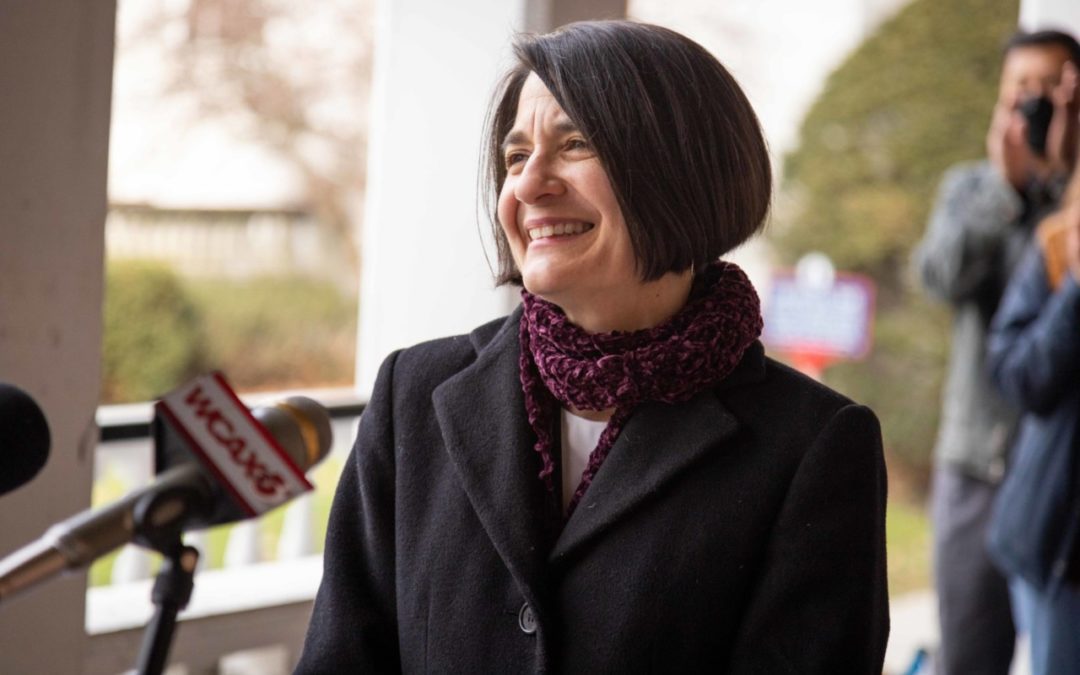 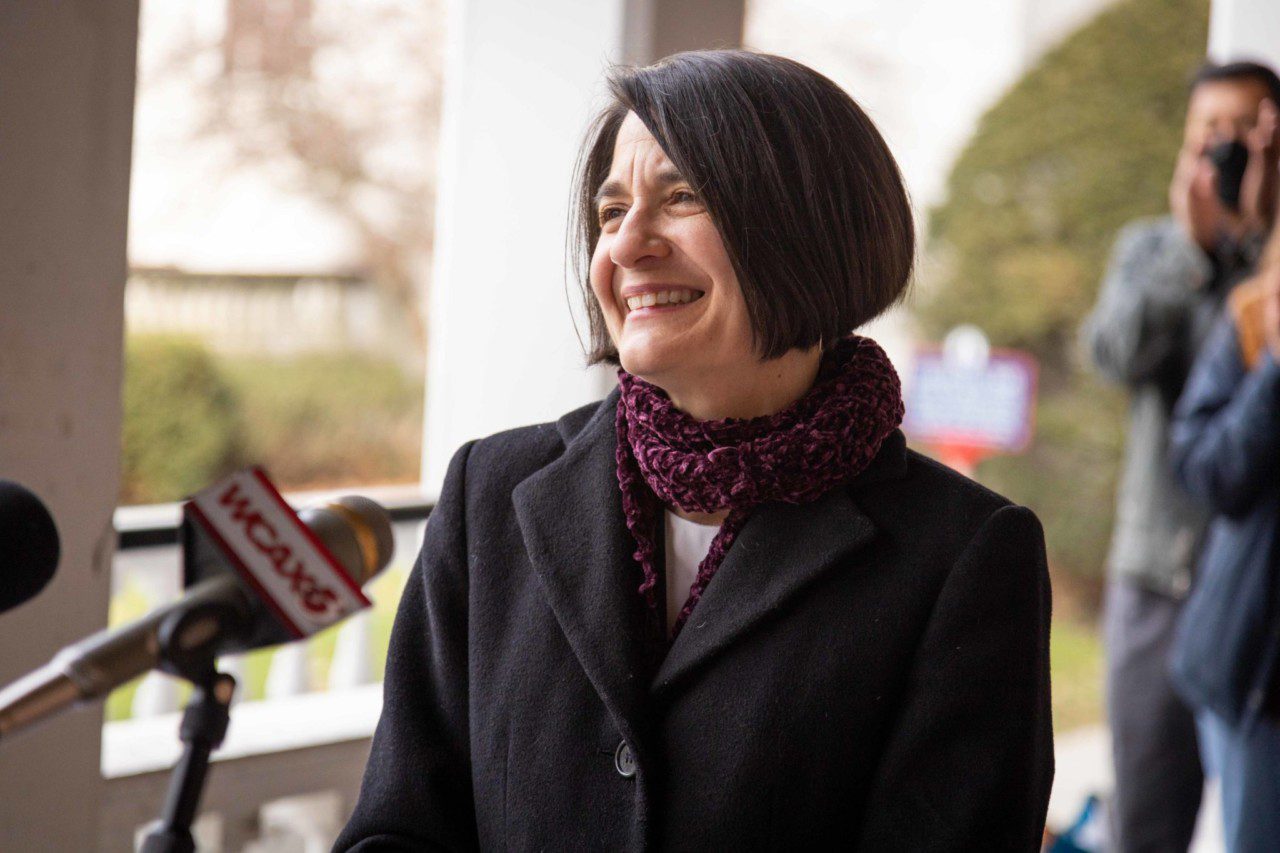 Becca Balint, president pro tempore of the Vermont Senate, on Monday joined the race for Vermont’s seat in the U.S. House of Representatives. Incumbent Peter Welch will not run for re-election because he is running for the U.S. Senate instead. Photo by Mike Dougherty/VTDigger
By Lola Duffort, VTDigger

Becca Balint, the president pro tempore of the Vermont Senate, is running for the state’s lone seat in the U.S. House of Representatives, she announced Monday morning.

“I’m running because I believe that, even with the challenges of today, we cannot back away from fighting for each other,” the Windham County Democrat said in a written statement. “We have to deliver on some big promises for Vermont working families, and that is going to take courage and kindness.”

Balint joins Lt. Gov. Molly Gray in the Democratic primary to succeed U.S. Rep. Peter Welch, D-Vt., who is vacating his House seat to run for the U.S. Senate. No Republicans have entered the race.

Balint, 53, is the first openly gay woman elected to the Vermont Senate and the first woman to serve as its president. The former middle school teacher and stay-at-home mother won her first political contest in a race for her southeastern Vermont Senate seat in 2014.

She rose quickly through the ranks of the Democrat-controlled chamber, becoming majority leader in 2017, at the start of her second term. Four years later, in 2021, she was elected pro tem — the top position in the Senate.

Balint grew up in New York’s Hudson Valley and first came to Vermont in the mid-1990s as a rock-climbing instructor in Plymouth. She settled in Brattleboro in 2007 with attorney Elizabeth Wohl, whom she married two years later when Vermont legalized same-sex marriage.

In a campaign video released Monday morning, Balint leans into her identity — recounting the prejudice she and Wohl faced when they first moved to Vermont and describing the impact of antisemitism on her family.

“I know what can happen when we turn away from each other,” Balint says in the video. “My grandfather was murdered on a death march in the Holocaust. I grew up with the knowledge that people can be led astray when they’re scared.”

Later in the video, Balint says that if elected to Congress she would advocate for Medicare for All, the Green New Deal, paid family and medical leave, racial justice and housing justice.

Balint’s decision to join the race is the latest in a series of moves touched off by Sen. Patrick Leahy’s, D-Vt., announcement last month that he would retire when his eighth term expires in January 2023. That has led to a great reshuffling of Vermont’s political landscape — opening up at least four top positions: seats in the U.S. Senate and House, the lieutenant governorship and, now, the pro tem post.

Vermont has never elected a woman to federal office, but several up-and-coming politicos aim to break that glass ceiling next year. In addition to Gray — a first-term lieutenant governor who rose from obscurity to win a statewide race in 2020 — Sen. Kesha Ram Hinsdale, D-Chittenden, has also been eyeing the House race. Ram Hinsdale has not yet said whether she will run, but she has kept a busy schedule of public events in recent months, including an appearance in Bennington last week.

All three have been affiliated with Emerge Vermont, an organization that trains Democratic women to run for office — Balint and Gray as trainees and Ram Hinsdale as a founder.

Balint is expected to hold a press conference later Monday in Montpelier.