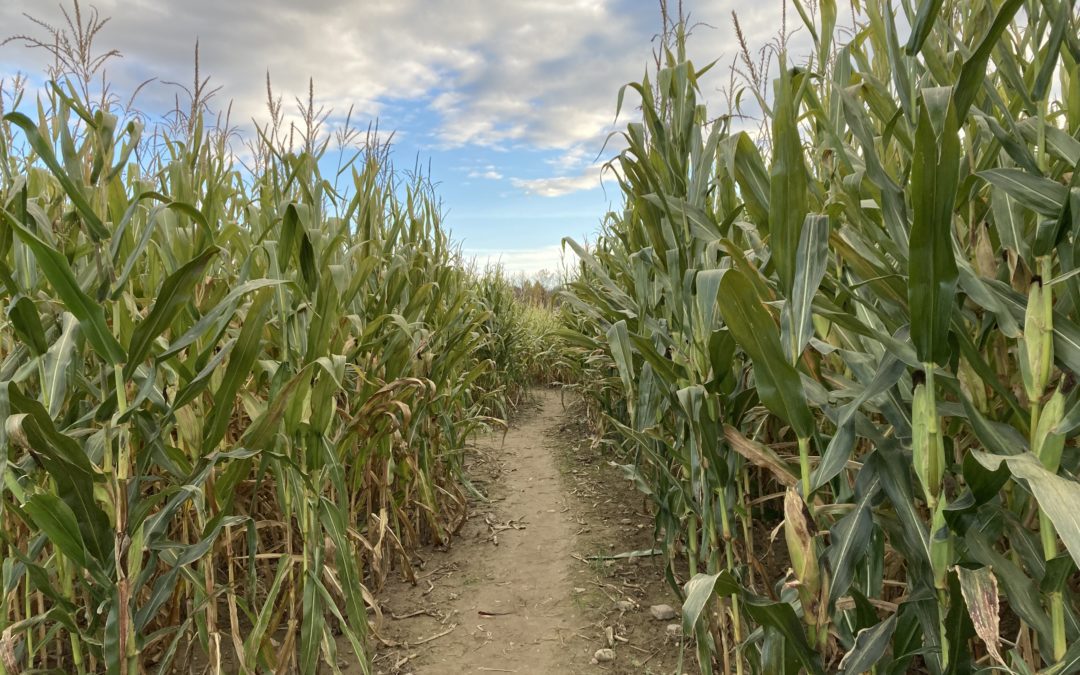 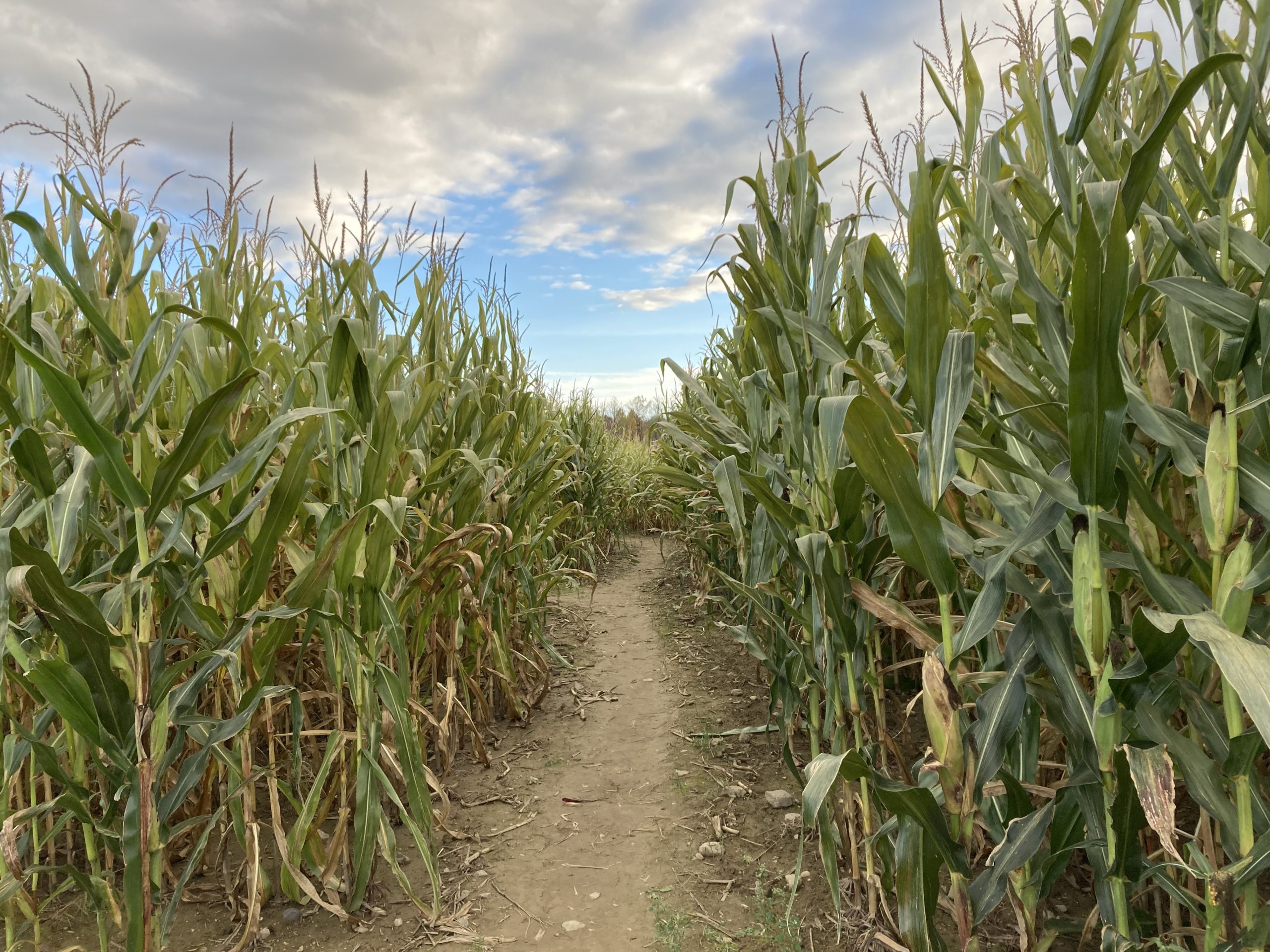 The holiday season for our family begins at Halloween and passes through Thanksgiving and Christmas before culminating on New Year’s Eve. During that same timespan we also celebrate three birthdays, so it feels like two-and-a-half months of continual celebration, which is both wonderful and exhausting.

We’ve accumulated a series of traditions that anchor these holiday celebrations: things we “always do,” things we “have to do,” lest the holidays not feel properly acknowledged. On the one hand, I love having family traditions that my children will recall with nostalgia: Halloween pumpkin carving and pizza at their grandparents’ house before trick-or-treating, the annual Thanksgiving football game and play, carrying our Christmas tree home from our neighbors’ farm, cookie decorating and beeswax candle-making, our enormous 25-candle Advent wreath (one candle for each day of December) and the gigantic smoke cloud it generates when extinguished for the final time.

But I’ll be honest: Sometimes I feel like I’m a hostage to our traditions. The things we “always have to do” dance around on my cluttered mental to-do list throughout the holidays, torturing me with whispers of parental guilt: If you can’t fit me in, you’ll be letting down your kids. This will always be remembered as the year we DIDN’T (bake cookies/see the train display/have a Thanksgiving play). After ALL they’ve missed out on during the pandemic, can you really disappoint them like this?

And that is why, a week before Halloween, I realized that we had to find a way to shoehorn a visit to the corn maze into a busy weekend.

Getting lost in the midst of a maze mowed into a cornfield has become one of our family’s fall traditions. It began during our very first Vermont autumn, when we took our tiny children — three of them, ages three and under — and their visiting grandparents to a corn maze in Weybridge. It didn’t go well: Our children were too young to appreciate the thrill of trudging among cornstalks looking for a means of escape; they were tired, hungry, and cranky. This first experience, along with the fact that the Weybridge corn maze stopped happening, squashed our corn maze ventures before we’d even gotten started.

But over the past five years, our corn maze tradition has revived and taken root. Our habit is to visit Lester Farm, just down the road, to pick out pumpkins and stumble through that year’s corn maze (there’s a different image mowed into the corn each year). That this has become a fixture of our fall became clear in 2020, when Lester Farm decided not to do a corn maze and there was great mourning in our house. Instead, we drove down to Hathaway Farm’s corn maze in Rutland. It was bigger, with a large play area and animals, but given the choice this year my children opted to stick with tradition: Back to Lester Farm we went.

The history of mazes dates to ancient times. Some Egyptian pyramids incorporated mazes, and the ancient Greeks told a myth about the Minotaur in the Labyrinth. Living mazes made of hedges became popular in Europe, especially in England; the oldest surviving hedge maze is London’s Hampton Court Maze, created in 1690. But I was surprised to learn that corn mazes have a much more recent history: The first corn maze was created in 1993 on 3 acres of land at Pennsylvania’s Lebanon Valley College. The maze’s creators, Don Frantz and Adrian Fisher, laid it out in the shape of a dinosaur and called it, “The Amazing Maize Maze.” It was such a hit that Adrian Fisher has gone on to design over 400 additional corn mazes.

To create a corn maze, a field is planted with corn in a grid pattern in the spring. The maze pattern is mowed into the field when the corn is about 6 inches high, and the paths are sprayed with weed killer so that no additional corn will grow. The remaining corn grows up high — well over the head of an average adult — around the maze pattern.

This year, Lester Farm’s maze was in the shape of Vermont. Like many corn mazes, it incorporates a puzzle: We were given cards at the farm store on which to record the answers to various trivia questions that could be found on signs throughout the maze. After a brief pause for photos at the maze’s entrance, we began.

Unlike that first corn maze in Weybridge through which we had to drag our whiny children, our four daughters now take off at a run. The corn maze has become a competitive sport to them, and the goal is to beat their parents to the finish. Only our two-year-old hung back with us, toddling resolutely between the aisles of cornstalks that were easily four times his height. Then his sisters swooped back to carry him off.

“Do not let your brother out of your sight!” I called after them. “If he wanders off the path, we could lose him in the corn forever!”

“I don’t know about forever,” my husband said, as all our children disappeared around a corner. “I think we’d find him pretty quickly.” Shrieks floated back to me on the wind, reminding me that no child of ours is likely to disappear quietly into the corn.

For the next 30 minutes or so, my husband and I made our way methodically through the corn maze, following his theory that the best way through any maze is to always take every turning in the same direction. Our children, on the other hand, stumbled haphazardly through the maze, occasionally running into us and retreating with screams.

At the end of Lester Farm’s corn maze is a large bell that those who’ve reached the terminus can ring to announce their success. My husband’s theory may be correct, because we were the first in our family to ring the bell this year.

As my husband retraced our steps to try and locate our children, who were still crashing around inside the maze, I watched the sun set over the bare fields and pondered how far my growing children have come from our early maze days, and why they still love corn mazes so much. It occurred to me that mazes are safe places for them to test out their freedom: They can run away from us, but they know that we’re all still in the same field, contained by the rows of corn that hug us securely on both sides.

The day will come — is coming soon — when they will run ahead without the confines of a maze, and they will keep going. When that time comes, I just hope that there will still be moments to meet together around a bell, clanging it until we start to worry that we’re disturbing the neighbors, as we celebrate the end of a good journey.