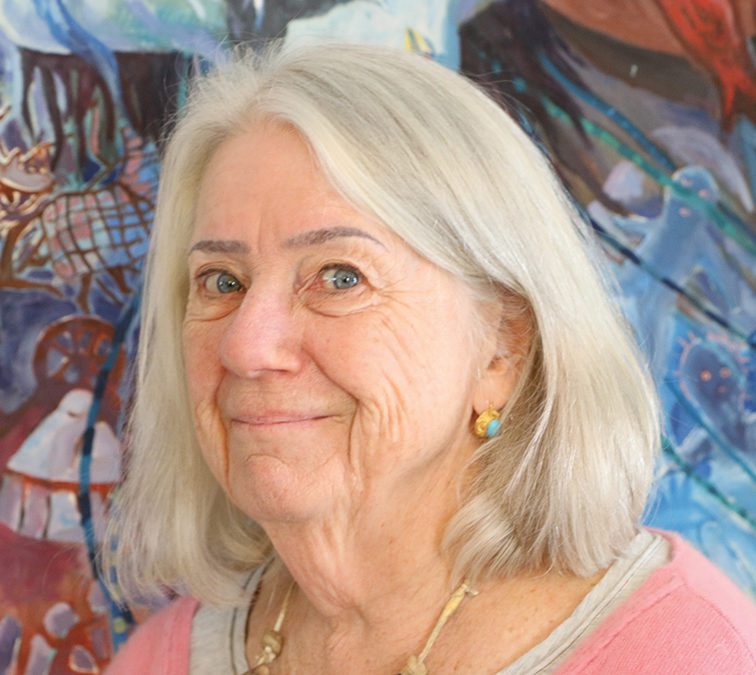 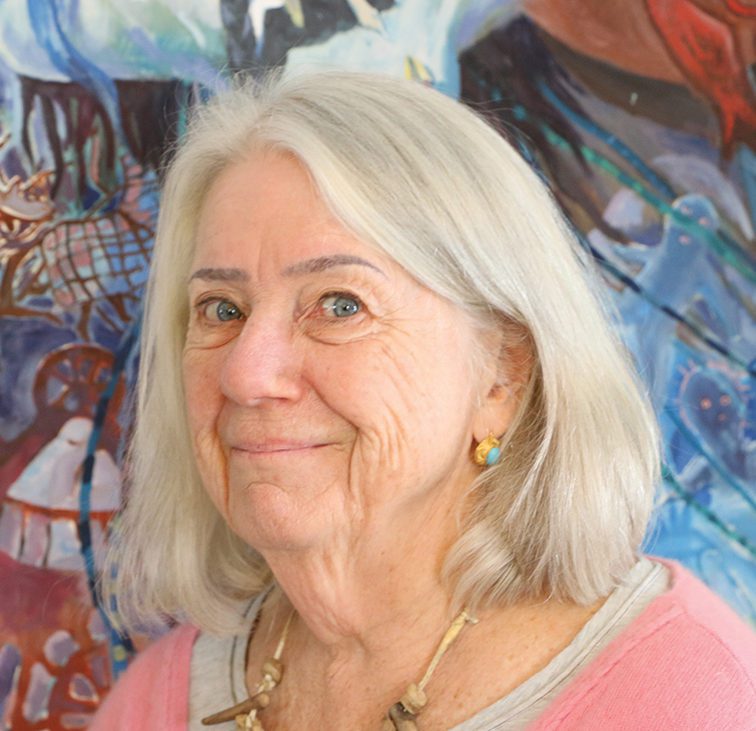 My mother called being a part of a conversation “getting a word in edgewise.” I never had trouble doing that, maybe because I was the oldest of five kids. Never, that is, until after COVID-19. I spent more than a year living alone, not seeing or interacting with others. Everything was internal as I accessed my memories and worked on my memoir. I was looking deeply into my past, taking all the time I needed.

After a year of that, the pace of normal conversation seemed like I was walking on my horse and everyone else was galloping. In fact, when I could be with others, the conversation went so fast that I was a couple of topics behind before I could put my thoughts into words. My friends sighed, as if to say, why is she talking about that? Didn’t that topic come to its natural end five minutes ago? It took me that long to process the words I wanted to say.

The first time I went out into public was when our library had a retirement party. It was a month after I had had both vaccines and had waited for two weeks. I walked to the library and was excited to see a lot of people. The party was organized to have social distancing. I hadn’t really done social distancing because I stayed in my house alone for the year. When I saw the honoree Susan in the garden without a lot of people around her, I immediately walked up to her, which in the past would have been fine. She was having a conversation with a fan. She looked at me kindly and said, “Sas, I’ll be done in a minute.” And then instead of noticing that there was a socially distanced line for Susan and also a direction where you were supposed to walk to get refreshments, I walked the wrong way. I totally missed the whole set-up — walking around randomly to say “hi” to people I hadn’t seen in a long time. Then my neighbor said, “Sas, is there a line here? Or a way that you’re supposed to go?” I looked up and was horrified to see that there were both and I wasn’t following any of it.

The breeziness of a Vermont summer is something I have missed more than experienced in the past three decades because I go to Mongolia this time of year. When I go, I miss the easy summer banter when Vermonters talk to each other informally. My inability to give and take was actually from more than COVID isolation; I was out of practice with how summertime conversations go around here.

Later in June when more people had been vaccinated and we were able to be out in public, I went to a party. Always an extrovert, I thought I felt completely confident about being with other people. But when I got to this party, I didn’t know as many as I thought and I struggled to be a part of a conversation. I said something about being quiet for the past year. The woman across the picnic table, who had been keeping up a continuous monologue, said, “I teach third grade. I have been talking non-stop the whole year.” Okay, different COVID experiences.

After my double handicap of living alone for a year and missing summer here so often, I was determined to attend every event or party I was invited to. July came along and I went to a family gathering in Connecticut. Two weeks later, I had lunch with eleven of my high school friends. I attended birthday parties. Memorial services. An art opening. Retirement and anniversary parties. And then I realized that I didn’t feel like a recluse any longer. After all that, I could even get a word in edgewise once in a while.

After a full summer of socializing, Sas Carey is ready to hunker down, get back to memoir revisions, and prepare for another trip to Mongolia next summer, when she hopes the border will be open.