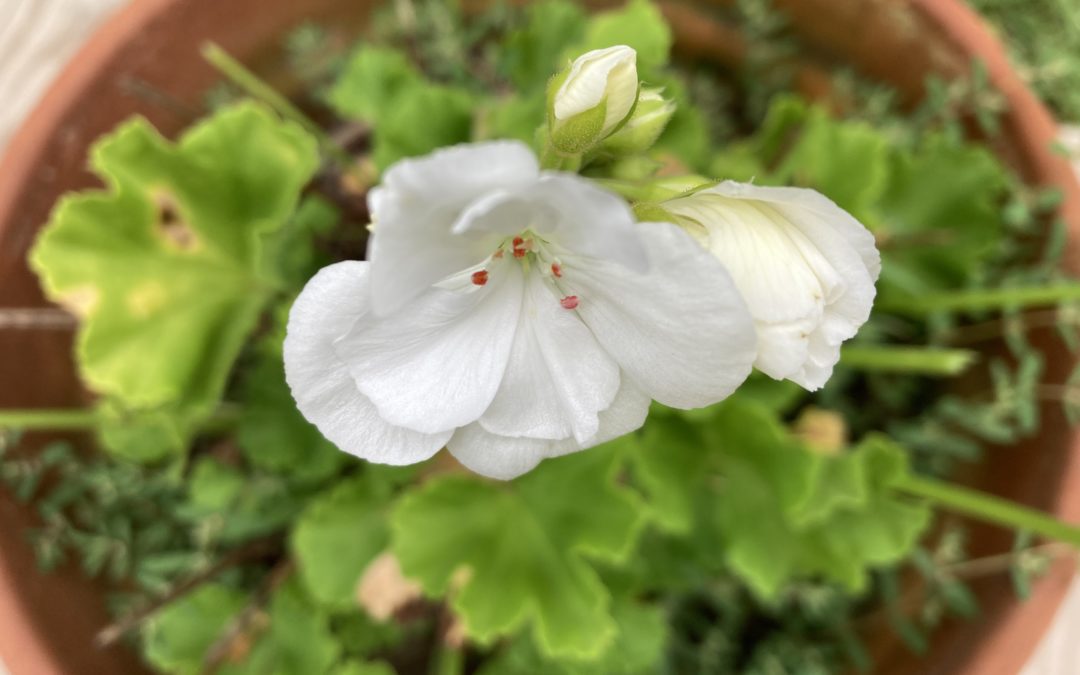 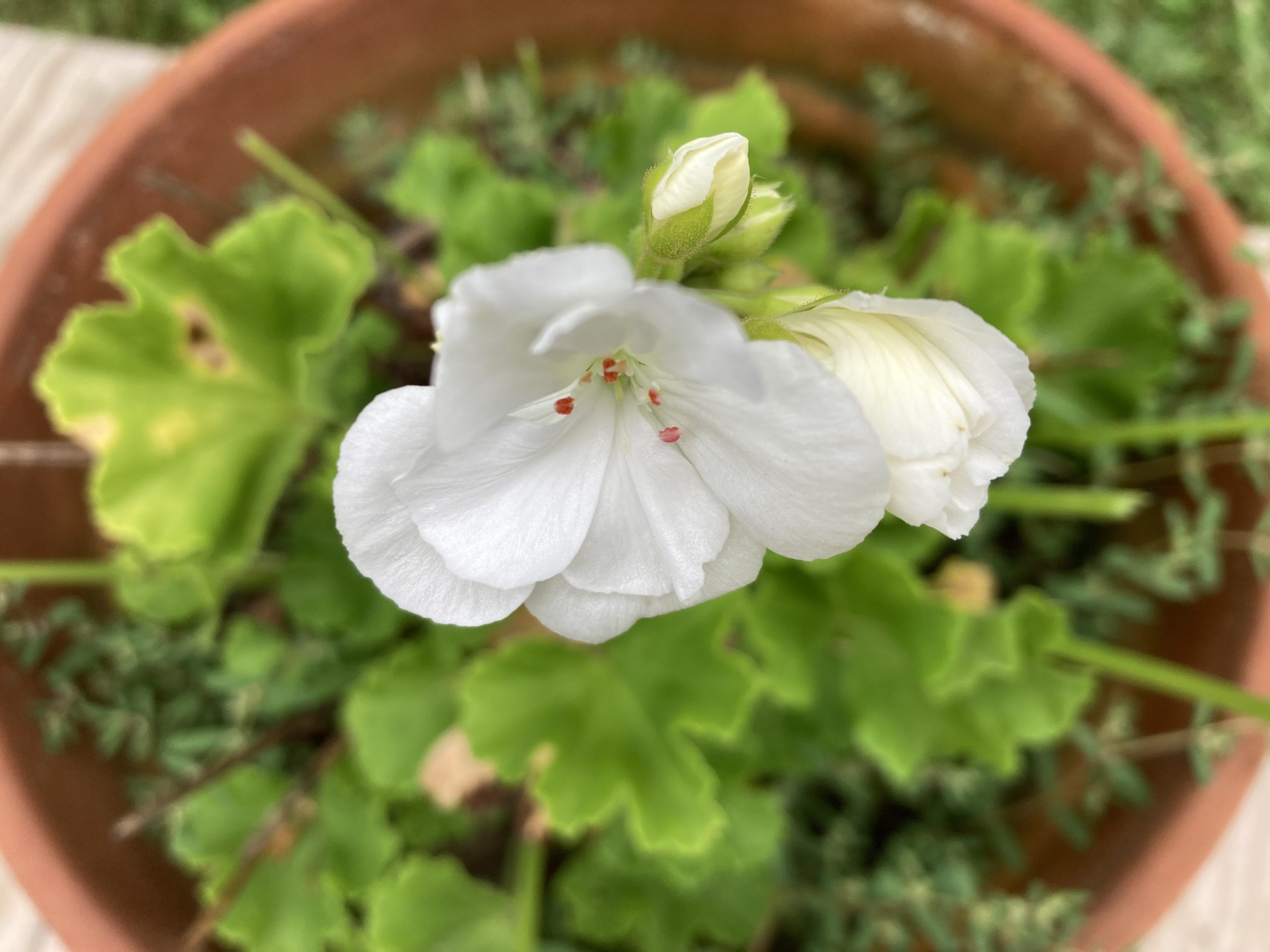 If you were reading this column back in 2020, you may remember that my “word for the year” — which I chose instead of making a New Year’s resolution — was “THRIVE.”

When 2020 began, our baby boy had just been given the diagnosis of “failure to thrive.” This, combined with a mysterious respiratory virus, resulted in two hospital stays between December 2019 and January 2020, one of which involved the horrific experience of having our two-month-old intubated in the ICU. We needed to help him thrive; not only that, but our entire shaken family needed to figure out how to thrive together.

In many ways our family did thrive in 2020, just not in the ways I might have predicted. Our little boy was the most obvious success: The months of lockdown kept him from getting sick while he gained weight and strength. He is now a hefty, active toddler. The rest of us worked hard to thrive as a family through the disappointment of cancelled plans and the monotony of housebound days. We tried to adopt behaviors that would keep ourselves and others safe during an unknown and rapidly changing pandemic situation, while still attempting to prioritize things that aided our mental, emotional, social, physical, and spiritual health.

It was exhausting. And when the year ended, I looked around and realized that I had two adolescents in the house who were struggling to thrive.

I’m not sure it’s possible to prepare for puberty as a parent. I knew it was coming. I was aware that my children were growing up. In fact, they grew up in what often felt like an endless drip of days. But somehow that endless drip became a tidal wave that swept us all into this new country. Call it puberty, adolescence, middle-school-hood; we are there, and those endless days of childhood look like a blur from here.

During the past 18 months, two of my children were going through puberty. They had an increased awareness of the surrounding world — which, in this case, included a surging pandemic, flaring violence around racial issues, a nasty election culminating in an attempted insurrection, and disturbing environmental signs of climate change. They had an increased desire for independence, but little ability to get distance from their parents and virtually no peer group with which to identify (aside from a virtual peer group). They began their search for self-hood confined to their home, while the outside world appeared to be falling apart. Given this setting, it was hard to discern normal moodiness from potentially troubling depression and anxiety.

As the parent of adolescents, it’s easy to fall into the breathless feeling — also known as panic — that time is running out. They were born, now they’re in middle school, and it’s suddenly possible to count the years they have left at home on one hand. Have I done enough? Have I been present enough? Am I preparing them well enough for the world? Have I told them all the most important things?

I asked myself these questions as I watched my own adolescents struggle, and I felt ridiculous. After all, I’d homeschooled my children for the past six years. By any outside measure, I’d done a lot. I’d been around all the time. Preparing them for the world and telling them the important things had been, in effect, my full-time job.

And then I realized that maybe this was part of the problem.

So next year I will not be homeschooling my two oldest children; they will attend a small, independent middle school nearby. I’m (mostly) okay with this.

Homeschooling was never part of the bedrock of our family’s belief system: We never considered homeschooling the only way. Three of our children had brief stints in public school before we fell into homeschooling out of necessity during my husband’s work sabbatical. It turned out that we all thrived a little better when we homeschooled, so we kept going.

But this past year has taught me that what helps you thrive may change from season to season. I should’ve known this from gardening: After all, my geraniums need to overwinter inside to survive the coldest months, but when spring returns they thrive best outside.

“Homeschooling” is something of a misnomer: Most homeschooling families don’t confine their kids to the kitchen table — they’re part of a community of families that bands together to provide activities and group learning experiences for their children. For most of our family’s homeschooling life, Addison County had an active homeschooling community.

But when COVID struck, the local homeschooling community disappeared. All group activities ground to a squealing stop. One of my eldest daughter’s best friends within the homeschool community moved out-of-state with her family. Suddenly, we were homeschooling in a vacuum. I tried to cobble together some peer interactions online and outside. We got involved in sports at the local middle school. My adolescent children made huge strides in taking independent ownership of their learning — but this involved a lot of time alone in their rooms. I saw the light starting to go out of their eyes.

In late July a friend whose sons attend a tiny, unconventional private middle school let us know that there were still openings available for the fall. My two oldest daughters were eligible to attend. We visited the school, and as they walked around the classrooms and grounds, met the teachers, and heard about the program, I saw their lights starting to flicker again.

Like most people, I am not a huge fan of change, and this changes a lot for our family. But it’s more important for my daughters to thrive than for me to cling to a philosophy or lifestyle that’s extinguishing their spirits.

Still, I’m going to miss them. I’ll continue homeschooling their younger siblings, but my two middle schoolers will be gone from 7:30-5:00 every weekday. I suppose this is what it’s like for parents to send their children back to school every year. I knew it was inevitable that at some point I’d have to release my children out into the wider world — I just didn’t expect it to be this year. It’s a little scary. Have I prepared them enough? Have I told them what they’ll need to know?

I remind myself that when I put my geraniums outside each spring, I don’t stop caring for them. They still need to be tended and watered, just in a different way than while they were overwintering indoors. After I lug their pots out to the garden, they stretch their faces into the sunlight and bloom in the fresh air. Then I know I did the right thing.