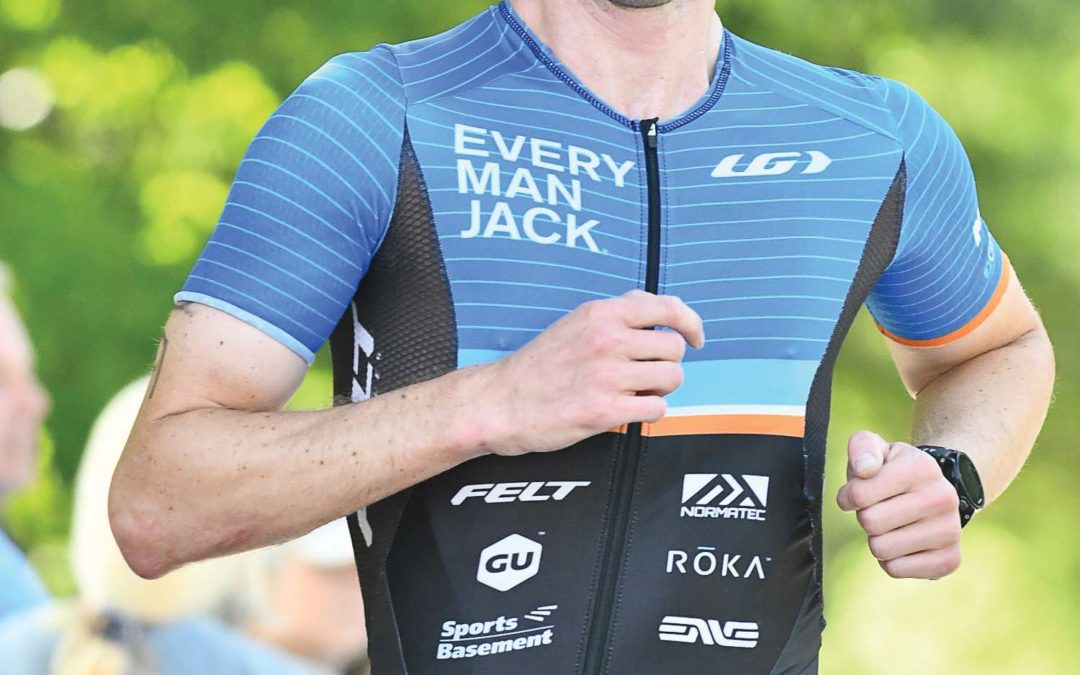 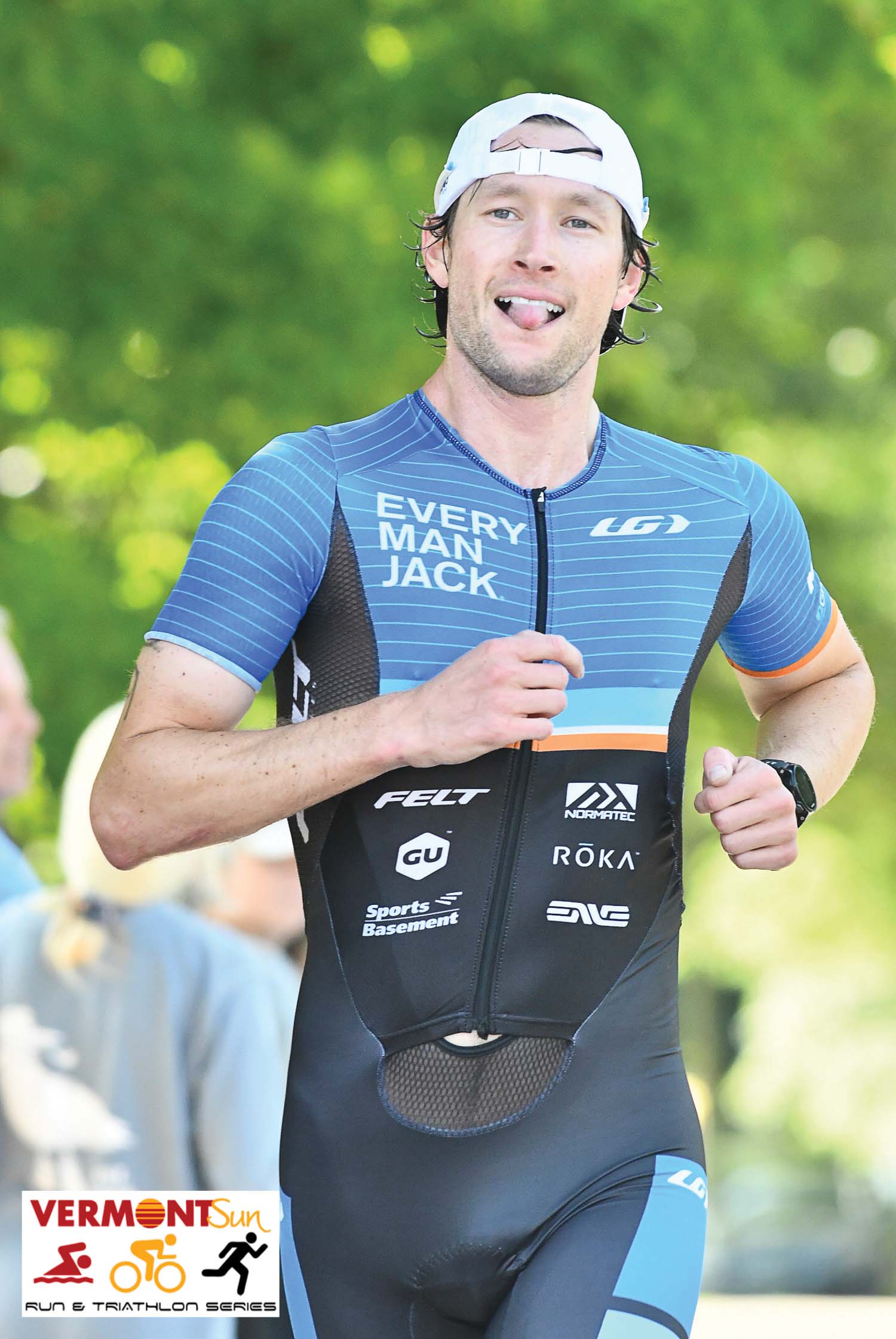 VERMONT SUN TOPPED off a very popular and successful triathlon season on Sunday with a record number of participants over the summer. Corey Robinson of Brandon finishes up the running leg of Sunday’s Sprint Triathlon, where he placed second. Photo by Pat Hendricks Photography

SALISBURY — The final two Vermont Sun Triathlons of the summer were contested on Sunday at Branbury State Park and drew a record crowd of 380 participants.

In sunny, cool weather Tim Russell, 32, of Saratoga Springs, N.Y, once again easily won the Sprint Triathlon, this time in 1:00:07. Brandon’s Corey Robinson, also 32 and a former winner, finished eight minutes back in second place in 1:08:07.

Russell won all three men’s Vermont Sun Sprints this season. It’s the first time anyone has swept all three races in a season, but he just missed again on his bid to break the one-hour mark. Russell vowed to return next year to finally do it.

Race conditions we’re not ideal for record times on Sunday, as there was a light to medium north wind, which slowed the bikers on Route 7. Russell recorded the fastest bike time and the second fastest swim and run times.

Urs Tanner from Switzerland won the 70-74 men’s group while placing 23rd overall. Tanner travels the world doing triathlons and described the race venue on Lake Dunmore as the most beautiful he has ever seen.

“I’ve raced here twice now,” Tanner said. “I like to wear my Lake Dunmore race shirt at home and tell my countrymen what a beautiful place Vermont is and that these races are as well run as any I’ve been to.”

Tyler Hallenbeck of Williamstown, Mass., won the men’s Olympic race in 2:16:18 while posting the day’s fastest swim and run times along with the second-best bike ride. Tom Direnzo of Burlington was the runner up in 2:20:09.

A relatively new category in the day’s events is the Aquabike, designed for older or injured athletes who want to participate but can’t run. Competitors only do the swim and bike legs.

The top two finishers in the Olympic Aquabike were boyhood friends on Lake Dunmore 50 years ago. Middlebury’s Steve Hare won the division over Sean Sweeney of Wayne, Penn., who has a summer home on Dunmore, 1:44:17 to 1:49:32.

“When we added the Aquabike division three years ago I didn’t think I would be in that group. But without it I could not have raced today. Aquabike and team competition allows more people to get involved with the sport,” said race director Steve Hare, who like Sweeney is preparing for hip replacement surgery.

Nearly 1,200 athletes entered Vermont Sun Triathlons this season, over 400 more than the previous most popular season.