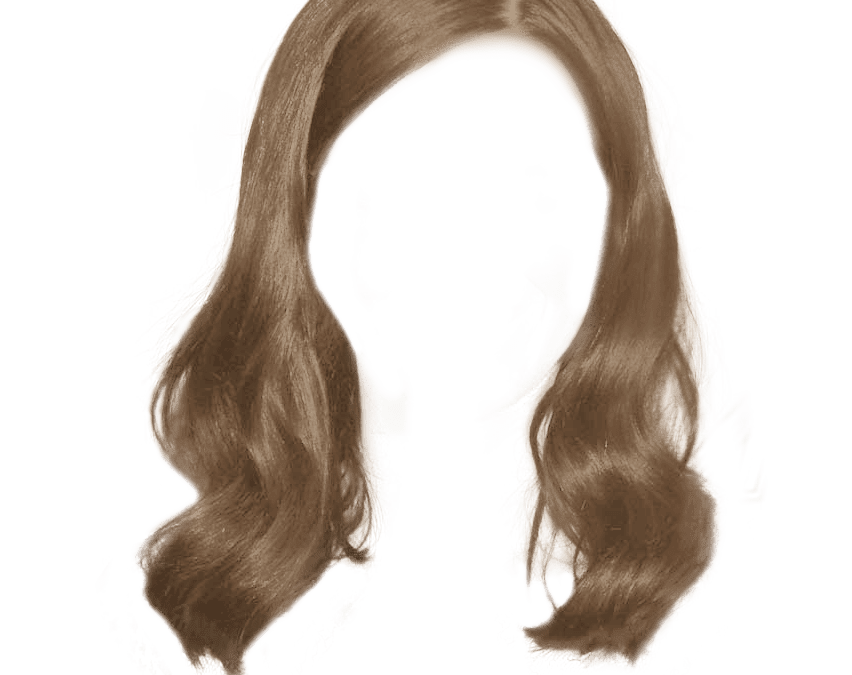 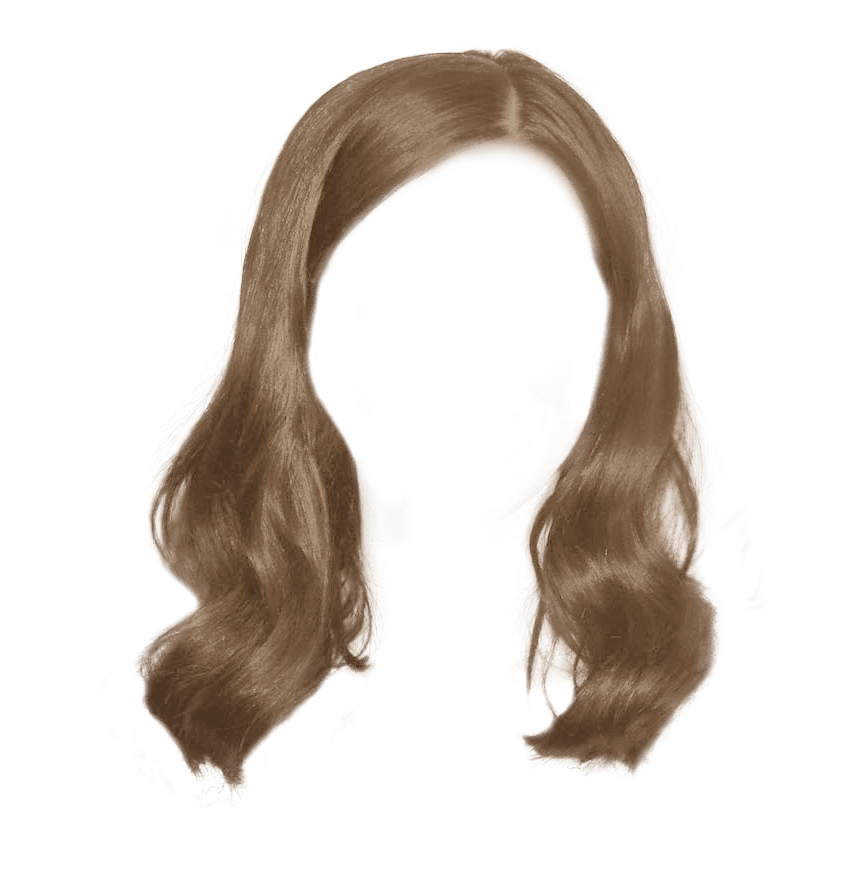 This summer I cut off all my hair.

It’s a long story, which began in the summer of 2019 when my aunt, who was battling cancer, told my daughters and me about wigs. We were together on our family’s annual vacation in Maine, all of us gathered on the sunny front porch. My aunt had begun losing her hair from the treatments, and she described the shop where she’d been able to choose from a wide variety of wigs made from donated human hair.

I had no idea how much this conversation had impacted my children until several months later, when one of my daughters suggested that we all grow out our hair to donate for cancer patients, in honor of my aunt. (It was one of those mothering moments when I felt hope that my children might turn out to be kind, caring people despite all of my mistakes).

When we committed to growing out our hair, my four daughters and I had hair that ranged from shoulder-length to longer. We did some research and learned that we’d need to provide between 10-12 inches of hair. It didn’t seem like a far-off goal.

About a year into our endeavor, in the fall of 2020, it was clear that my daughters’ youthful hair was growing at a much more rapid pace than mine. However, there’s a difference between the quantity of hair and the quality of the hair, and here my daughters had vastly divergent results. We are a family with fine, straight hair; left untended, our hair quickly becomes a tangled mess.

Daughter #3 was the first to go: She has a particularly sensitive scalp, and the least little tangle sent her into shrieks of anti-brushing protest. “No, no! It hurts, it hurts!” she’d scream, eschewing all attempts to reason that leaving her hair unbrushed would only result in bigger tangles. By September 2020, the massive tangles in her hair were unredeemable; I chopped them off, giving her a short bob. We cast her matted clumps of hair out into our yard: No cancer patients would benefit from them, but perhaps the birds could use them to build nests.

By January 2021, Daughter #4 had followed suit. She’d watched me battle with her older sister over brushing and seen the sad results, but this didn’t prove to be a cautionary tale for her: She was no more willing to brush her increasingly tangled hair than her sister had been, but she was quicker to acquiesce to my cutting. As a result, I was able to salvage one small ponytail of useable hair from between her tangles.

Two daughters down, without much to show for it.

But then Daughter #2, who’d grown an impressive amount of tangle-free hair, decided that she was ready for the clippers. I took her to the fabulous Tiama Connor at Uniquely You Organic Hair Salon, who has cut my hair for years. There’s a particular way to cut hair for donation: Tiama used a ruler, bundled my daughter’s hair into numerous tiny ponytails, cut off twelve inches of hair to donate, and gave my daughter a stylish, chin-length haircut.

Daughter #1, my 13-year-old, who spends copious amounts of time brushing her hair (in contrast to her younger sisters), has grown a sleek mane. However, she doesn’t want to cut it until her hair will remain shoulder-length after donation. She is still waiting.

As for me, after nearly two years of hair growth, I had to face the fact that I had middle-aged hair: It was slowing down. By late spring, as warmer weather settled in, I decided to have Tiama chop off the requisite 10 inches, regardless of how short my remaining hair would be.

I had long fantasized about cutting off all my hair.  For most of my life, my hair had never crept above my chin, and that’s how my loved ones liked it. “Don’t cut your hair short, Mommy!” my children protested whenever I floated the idea. “You wouldn’t look like you anymore.”

Because I love my children more than my style, I complied. But lately, the length was wearing on me. Our toddler was at the hair-pulling stage. I was tired of dealing with tangles. And I was starting to notice how age was changing my face – something nobody prepared me for. In my case, middle age has made my features sharper, more angular. I was starting to resemble an Easter Island head in a long wig; perhaps short hair would be more flattering.

Cutting my hair off for donation gave me the perfect excuse: Tiama squeezed out 10 inches of donatable hair, and I joined the ranks of the short-haired.

The real test came when I walked through my front door. “Wow!” my 13-year-old daughter said, “It actually looks good!”

The compliments kept coming over the next couple of months, and I loved the low-maintenance short hair lifestyle. The only issue was that, although my hair grew at a glacial pace when I was trying to grow it long, my short hair seemed to start sprouting the minute I stepped out of the salon.

So, halfway through writing this column, I headed out to see Tiama for a trim. As I bid my husband goodbye, he asked wistfully, “How short is it going to be? It’s not going to be too much shorter, is it?”

“Okay,” I demanded, “tell me the truth: Do you like my hair short?”

Squirming visibly, he replied, “Well, I like your hair no matter what, but since you asked, I do…kind of…like long hair a little more. Just a little more. But they’re both great! You should do what you want.” Here, the poor guy attempted a smile.

Clearly, I had a choice to make.

Our culture tells me the same thing that my husband said: You should do what you want. But should I?

In 21st century America, nothing is more important than you: Your needs, your desires, your style, your happiness. To suggest otherwise — to imply that our individual choices affect those around us with whom we are inextricably linked, to use words like “sacrifice,” to question the pursuit of personal pleasure and comfort as a life goal — is rejected as repressive, an insult to selfhood.

I am all in favor of having a healthy sense of self: I try to remain on guard against living through or for my husband and children. But the fact remains that they are essential parts of who I am, and they play an important role in my decision making — big decisions like how I spend my time, and even small decisions, like fashion (which is why you’ll rarely see me in stilettos and pearls).

Obviously, this is a larger issue than a silly haircut. Regardless of what I decide, my hairstyle will not alienate my children or destroy my marriage. But considering my hair made me consider a larger, more problematic cultural trend.

This past year, we have seen Americans’ emphasis on self play out in many arenas: In how we respond to election results, masking and vaccination, educational curriculum, the environment, and differing opinions — among others. We all want our own way; nobody wants to be uncomfortable. We love sacrifice in our World War II epics, but nobody wants to be the one making a sacrifice.

What I’m about to say might be controversial, and you are free to disagree: For years, I did not cut my hair because my children asked me not to; now, I am likely to grow my hair long again, because my husband prefers longer hair. And I’m okay with that. I can make choices that defer to the needs of others, and still remain myself. If we want to reverse the cultural trend of fragmentation, to avoid becoming a nation of individuals seeking our own wills, it’s something worth practicing.