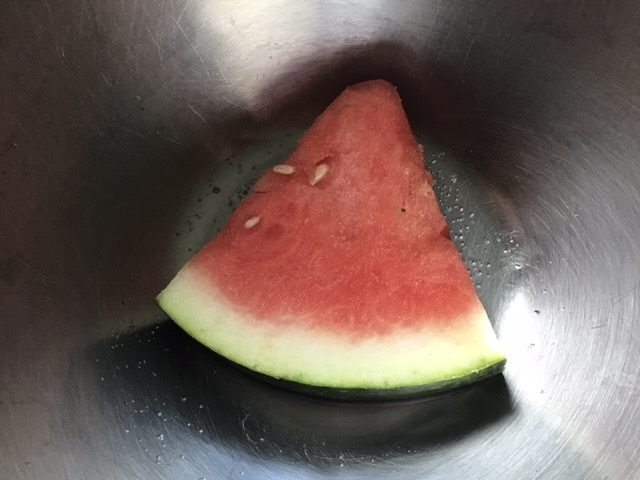 The weather never seems to be normal lately: too wet or too dry, too cold or too hot, record this, record that. It could be that there never really was a “normal” — that weather is just prone to dramatic fluctuations from year to year. Or it could be that climate change is ramping up in earnest, like they’ve always said it would. Whatever the reason, it’s probably a good idea to pay attention.

I’m not always good at paying attention to things that aren’t screaming for my attention. But this year, the weather has gotten pretty close to screaming at me through a series of violent storms.

Most dramatic was the tornado that ripped across our property in late March, toppling power lines and our neighbors’ buildings. Two months later, to the day, a severe thunderstorm blew down trees in downtown Middlebury and knocked out our power for about 15 hours — notable because it was the day of our daughters’ piano recital on Zoom, necessitating a scramble to find a location that still had power.

Those two storms made us twitchy enough that when we got the bulletin about another severe thunderstorm headed our way last week, we sprang into action. This storm had a buildup that lasted for hours. As scary-looking clouds mounted in the sky, my husband cooked dinner at 3 p.m. in case we lost power, and I walked the dog through powerful wind gusts.

Our efforts were puny compared with those of our neighbors, who were haying our field.

For those who live in more urban areas, haying a field Is a multi-day project that begins with mowing, followed by tedding. Tedding is done by a tedder (obviously): a machine with a long arm on which spinning claws fluff up the hay to circulate air and speed drying. The final step is baling.

Our neighbors had mowed our field and given it one tedding a couple of days before the big storm. Mid-morning on storm day, I noticed that our neighbor was out in our field again on his tractor, tedding the rows. Oh no, it’s all going to get soaked! I thought.

Several hours later, as the clouds gathered and the wind kicked up, I looked out the window and realized, with a shock, that our neighbors were going all the way: They were going to try to get all the hay baled before the rain started! Mom, Dad, and two grown children were out with the tractor, baler, and pickup truck, making and stacking bales as quickly as they could. Thunder rumbled, lightning flickered across the sky. They kept going. My adrenaline kicked in just watching them; it was as suspenseful as any competition I’d ever seen, a race against time and the elements.

And then, just after they’d stacked the final bale on the flatbed, the skies cracked open and the torrential rains began.

“Yes! They did it!” I shouted aloud. It was a little excuse for joy. And we didn’t lose power, after all.

“Hi Mommy, are you having a good day? Dancing is fun, watermelons are slippery, but don’t worry: We cleaned it all up!”

It was one of the strangest greetings I’ve received to date. I didn’t need to ask for an explanation, though, because the entire thing had been captured on video.

I’d been out all morning, taking the baby to an appointment. My husband was working upstairs. Our neighbor’s 14-year-old son had come over to see our four daughters; when the weather became too hot to play comfortably outside, they’d decided to have an impromptu dance party in the living room. My eldest daughter decided to film rather than participate.

Then our 14-year-old friend glances towards the mudroom, and inspiration strikes: There’s an actual watermelon! He dances out of the camera frame, then dances back in carrying the watermelon, eliciting shrieks of laughter from my daughters. He hands the watermelon off to my 8-year-old. She cradles and kisses it, then decides to throw it back to her friend.

Alas, the pass is incomplete! The watermelon crashes to the living room floor, and joy turns to horror as everyone realizes that the watermelon has split and is leaking its juice all over the carpet.

The song keeps playing and the cameras keep rolling as band-aids are requested (for the watermelon), a roll of paper towels flies through the air, and one daughter’s off camera voice wails, “We’re in so much trouble! Daddy’s going to kill us!”

Watching this video, I laughed harder than I can recall laughing in a very long time. By the end, I was wiping tears from my cheeks and gasping for breath. Ah, to be young and silly in the summer!

My children stared at me with quizzical smiles. They’d expected a reprimand; instead, I wanted to give them a benediction, something like: May all your impulsive decisions result in nothing worse than a little watermelon juice on the rug.

We’ve been out of school for a little over two weeks, and already I’ve taken my children to Lake Dunmore more times than all of last summer combined.

The summer of 2020 fell during the days of the pre-vaccine COVID-19 pandemic, when the idea of mingling with a mixed group of people — even outside — was less appealing; we’d just gotten used to staying safe, staying home. Besides, we had an 8-month-old baby who needed his nap and wasn’t much fun at the lake. So we bought a large inflatable pool, and my older children splashed happily in our yard while the baby slept.

This year, our 20-month-old toddler loves everything about the lake: paddling in the shallow water along the shore, filling a pail with wet sand, swinging on the playground, and seeing all the people. As a pandemic baby who spent more than half of his life seeing only his immediate family and health care providers, the wider world sends him into spasms of delight. It’s as if he’s thinking, You mean all these people were out there, all the time?!?

It’s a feeling I share, even as an adult.

Our first foray out to Lake Dunmore was in May, before Memorial Day. My family and the other family we’d arranged to meet had the entire shoreline mostly to ourselves. Our children dived headlong into the frigid water, emerging with blue lips and chattering teeth.

As the weeks have passed, the water has gotten warmer and the shoreline more crowded. Every visit to the lake feels like the rediscovery of a past life, an unearthing of people and relationships that have spent 15 months in a state of suspended animation on some pre-pandemic plane of existence. We look at each other, then do a double-take to make sure: Is it really you?

“How ARE you?” we ask, repeatedly. “How have you BEEN?” And we don’t know where to begin, our responses like a paper with one word on it — FINE! — followed by a page’s worth of footnotes.

The children, in particular, make me feel like Rip Van Winkle: Vaguely familiar faces perched atop bodies that have telescoped, and some I couldn’t have picked out of a lineup. Surely they’re already sick of hearing, “You’ve GROWN so much!” It’s like a family reunion every day.

For a year-end school project, I asked each of my daughters to write a personal essay about what they’ve learned this year — and it didn’t have to be strictly academic.

One of my daughters included this lesson from a recent visit to Lake Dunmore:

One thing I noticed, the other day at the lake, was that I used to be terrified of going in the deep water. Now, I want to swim as far as I can go. I’m not afraid anymore.