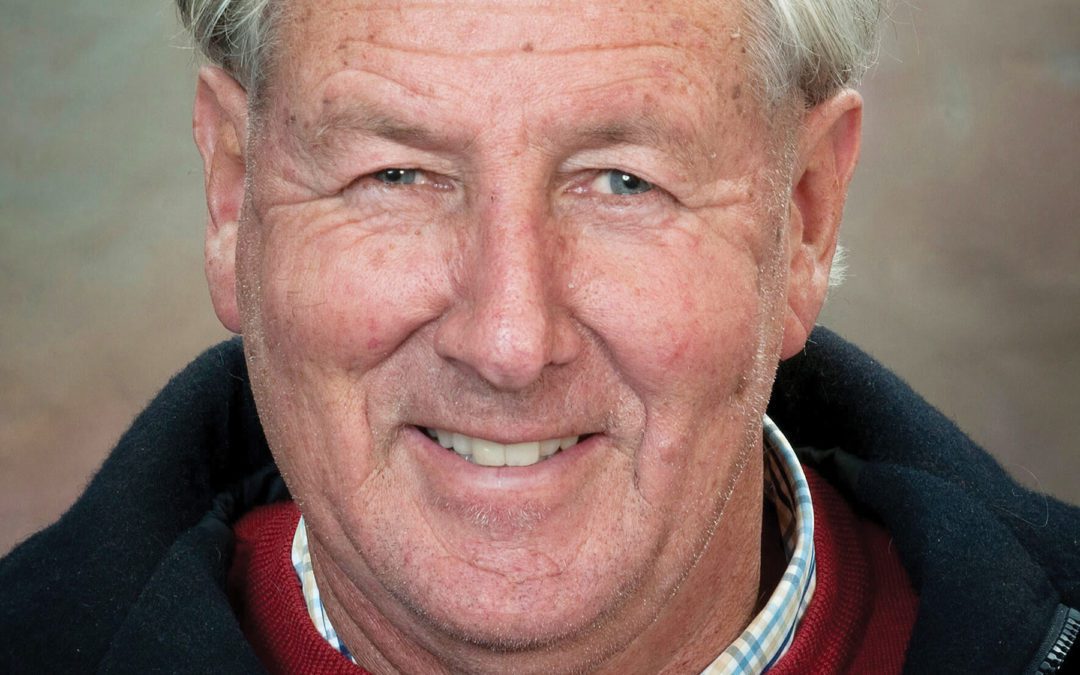 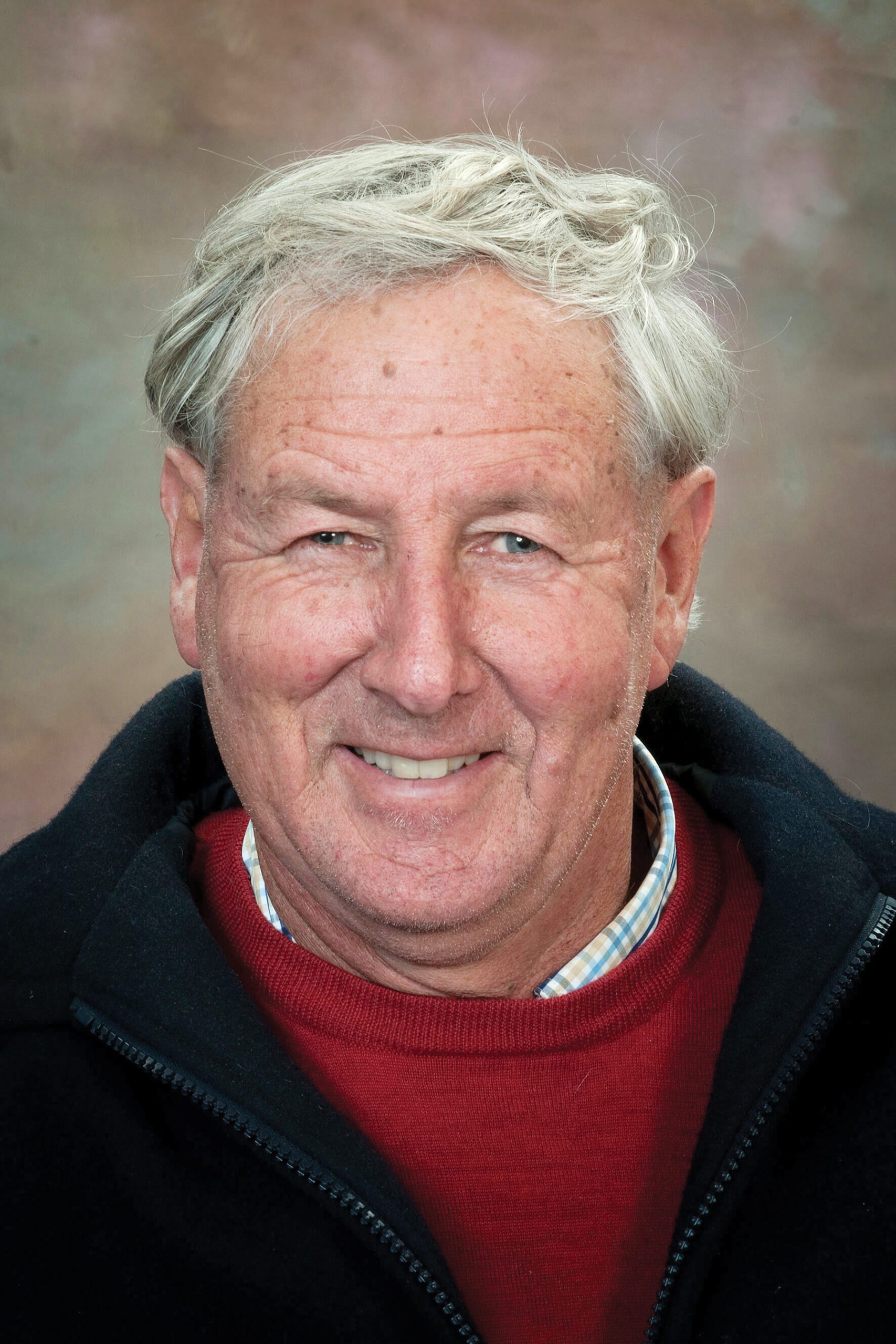 AUSTRALIAN FARMER CHARLES Massy is a leading voice in explaining why the world needs to take a new approach to agriculture.

It takes an Emergent mind to be comfortable with change, with creativity and reorganization being the general state.
— Charles Massy

2020 was a year of shock and trauma. COVID-19 forced us to confront our worst fears as the world we once knew fell away. Everything came to a hard stop, disrupting lives, dreams, and routines. The pace of life slowed down to a walk. We cocooned.

I locked down with a new book, Call of the Reed Warbler: A New Agriculture, A New Earth by Charles Massy (Chelsea Green 2018, 511 pages). Paul Hawken’s review intrigued me: “No work has more brilliantly defined regenerative agriculture and the breadth of its restorative impact on human health, biodiversity, climate and ecological intelligence. I believe it takes its place as the single most important book on agriculture today, one that will become a classic text.” I spent the next nine months digesting it.

The author is a production-scale Australian farmer and a polymath. Massy’s research is extensive, deep and well-documented. He sets out to connect the dots for us and paint a whole picture of the world we currently inhabit so we can more clearly see and understand ourselves. Only then can we begin on the journey of transformation and regeneration.

Massy sets the stage by describing the advent of the Anthropocene, a new human-shaped geological epoch. Earth scientists “have proposed a framework of nine ‘planetary boundaries’ within which humanity can safely operate. Already three if not four appear to have been crossed. We are rapidly approaching (or about to cross) a further three.”

“Agriculture,” he explains, “in occupying 38% of the Earth’s terrestrial surface, is both the largest user of land on the planet and humankind’s largest engineered ecosystem.” Agriculture has played a leading role in the rise and fall of 26 different civilizations. The global expansion of industrial agriculture since 1950 has plundered, poisoned and degraded the planet’s bank of soil and water capital, disrupted nature’s cycling of carbon, water and key nutrients, and distorted the planet’s cooling system.

Less obvious but more insidious, Massy continues, because it is not yet on the public or political radar is “the confronting truth that much of the modern threats to human health, including the near exponential increase in modern chronic disease, is due to our industrial systems and especially those embedded in industrial agriculture.”

He explores each of the four factors that are driving this pandemic of chronic disease: obesity, nutrient-poor industrial food diets, the biocide glyphosate (the active ingredient in the herbicide Roundup and the most widely used agricultural chemical in the world) and the effect of epigenetics. “All four factors are essentially invisible until they create damage, and when they do, the effects of the first three are amplified by the fourth, especially in future generations,” Massy writes.

In the last two decades, medical research regarding the human gut microbiome has exploded. New technologies have enabled scientists to study the impacts that the estimated 39 trillion microbes in our gut have on human health and disease. We now know that more than 70 chronic diseases are linked to dysbiosis, imbalances in the gut microbiome that lead to inflammation of the gut lining and a leaky gut. Once in the bloodstream, microbes and toxins can be transported anywhere in the body which then has to mount an inflammatory response.

More than two-thirds of the body’s immune cells live in and around the gut and there are more nerve cells in the gut than anywhere else in the body aside from the brain. The microbiome rules! Maybe Hippocrates was right when he observed that “all disease begins in the gut.”

Massy does a deep dive on epigenetics whereby “external environmental factors can directly trigger the way genes are expressed, but without changing the actual DNA.” Since “over 50% of the genetic interface with our environment happens in our gut microbiome when we eat, the food we buy and its degree of nutrient density, variety and integrity has a massive influence on our health and our genetic expression.”

Truly, food is our medicine.

Planet Earth, all life, soil, water and the human body are byproducts of star formation and the Big Bang 13.8 billion years ago. Some time before 460 million years ago, life took a huge evolutionary leap when microbial fungi sent their branching, threadlike hyphae out of the ocean onto rocks on land, and dissolved nutrients into a digestible solution that they transported back to their host colony. These fungi then formed “symbiotic (mutually interdependent) associations” first with blue-green algae and then later with bacteria to create the first soils.

At the core of all the planet’s coevolving ecosystems is the soil microbiome, the planet’s living skin and digestive gut where the miracle of life occurs. A single teaspoon of living soil holds many billions of bacteria in some 25,000 different species and up to 10,000 fungal species and many tens of kilometers of their invisible hyphae. The soil microbiome co-creates the complex carbon chains of soil organic matter (solar energy stored in a carbon matrix), that drive the creation of healthy soils, plants, animals and food. This long-lived carbon is the key to stabilizing climate change and restoring the carbon and water cycle.

Australia, as Massy explains, is the proverbial canary in the coal mine when it comes to the global collapse of soils. The continent is composed of low-productivity ecosystems subject to extreme heat, drought and fire, which inhibit active soil biology. As a result, the continent has some of the nutrient-poorest, most fragile and driest soils on Earth.

After two centuries of modern agricultural practices, soil organic carbon levels in Australia have dropped 80-90%. In the early 1990s, with the arrival of no-till, genetically-modified seeds, and glyphosate (the herbicide known as Roundup) and a bad drought, many Australian farmers, out of desperation of losing their land, went cold-turkey and started down the road of researching, experimenting and innovating new ways to farm.

Massy visits with a number of these pioneers, shares their stories, their mistakes, and their experiences being shunned by their fellow farmers. He celebrates these “seemingly ordinary’’ farmers who were suddenly forced to abandon everything they were trained to do, and tells how they “extraordinarily regenerated” their dying farms into green oases of living soils, watered by ponds and streams, and blessed with rich ecological diversity, high productivity and nutrient-dense foods. These farmers are restoring the culture in agriculture.

Animals, Massy frequently makes clear, are absolutely critical members of coevolved grassland ecologies and instrumental to regenerating landscapes in their roles as “leaders, seeders, weeders and feeders” and in enhancing biodiversity and nutrition.

The key to regenerating the Earth, her ecosystems and human health, Massy explains, is to first gain a working understanding of how landscapes and ecological systems actually function together. From his study of these pioneering farmers and of the diverse streams that inform the emerging global regenerative movement (organic, biodynamic, natural systems, biological, permaculture, agroforestry, holistic management), Massy offers us an ecological toolkit to regenerate landscapes. He identifies five key landscape functions that must work interdependently in the management of what are essentially complex, open-ended creative systems. If one fails, all suffer — as does the landscape.

The fifth landscape function and the most difficult is the human component, which requires working in harmony with — not against — nature’s functions so as to enable landscape regeneration. This is one of Massy’s most important insights — how do we change our minds when we aren’t even aware of how deeply we’re subconsciously embedded in our own worldview?

He charts the evolution of human consciousness and culture with its beginnings in the animistic coevolved Organic mind that bound indigenous peoples to nature, Mother Earth and a spiritual world. That worldview collapsed with the advent of domesticated agriculture 10,000 years ago, which triggered the birth of the Mechanical mind and the deepening separation of humanity from nature.

The utilitarian Mechanical mind broke down the wholeness, dynamic complexity, and interconnected web of nature and reduced it into separate objects that could be studied, manipulated and controlled. Eventually, chemicals replaced soils, animals were turned into machines, and humans into consumers. The Mechanical mind knows no limits or boundaries — like a cancer, it is disconnected from the rest of the organism. Like the caterpillar, the Mechanical mind has consumed the world around it and must now die or cocoon and transform itself into a butterfly.

We need a new story about Mother Earth and our deep coevolution and co-creation with her — a story that awakens and nourishes our hearts, our land and our communities. Massy calls the post-Mechanical mind that he’s observed firsthand in regenerative farmers — the Emergent mind. “By this, I mean a mind that combines elements of the previous Organic (indigenous) mind with the best of the Mechanical mind and modern science, but in addition has a capacity to respect and encourage the processes of self-organization, open-ended creativity and thus, emergence.”

Self-organization is the inherent and dynamic self-regulating capacity of natural systems to move towards greater complexity and thus greater stability and resilience. “A self-organizing system is always throwing up and then utilizing or rejecting various emergent properties, which means that constant change is the norm. It takes an Emergent mind to be comfortable with change, with creativity and reorganization being the general state.”

Massy calls for empowering a “farmer-driven, bottom-up revolution via social learning that puts farmers first and in charge of their own destiny.” We also need to reimagine community health from the ground up where the health of people is intertwined with the health of landscapes. So support your local soil farmer, eat local, buy local and find ways to connect to nature, her intelligence and beauty.

Upon hearing the morning call of the reed warbler, Massy concludes, “…it seems she is giving her heart ‘as she sings the world into a new spring.’ …I like to think it is a song for the Earth — a song of possibilities, an exultation that, if allowed, the Earth and its life forms and creatures can be regenerated again. Yes, she is calling us in a heartfelt cry for all creation — a metaphor for us humans to once more become the enablers, the nurturers, the lovers of Earth.”

Writer Jonathan Corcoran is one of the co-founders of ACORN and currently serves as Board Chair.