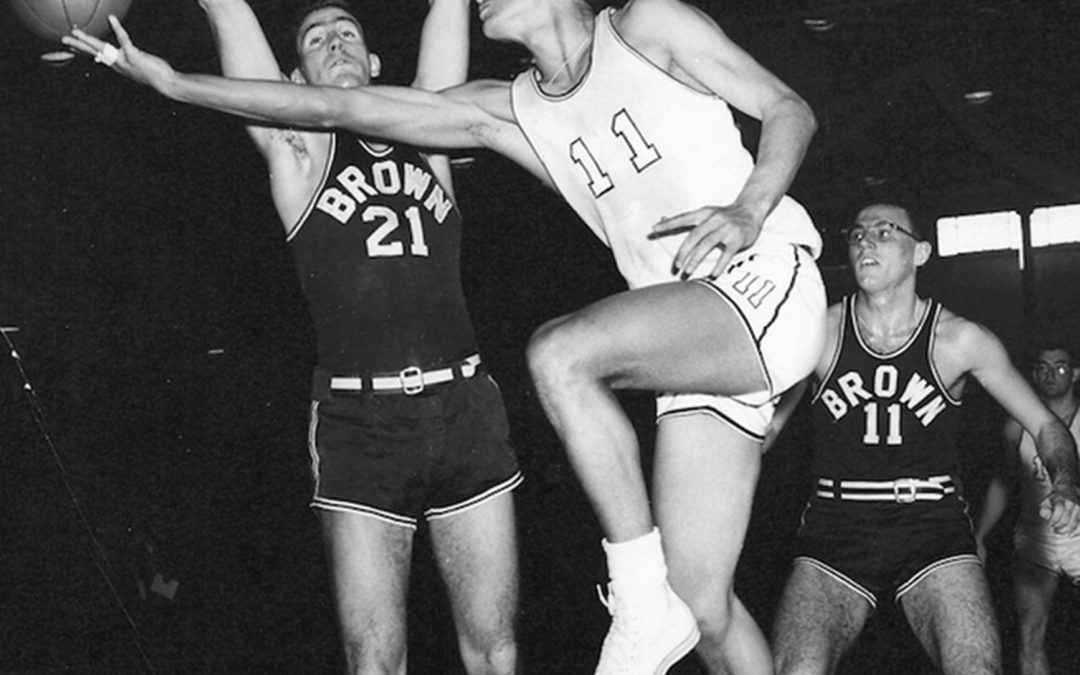 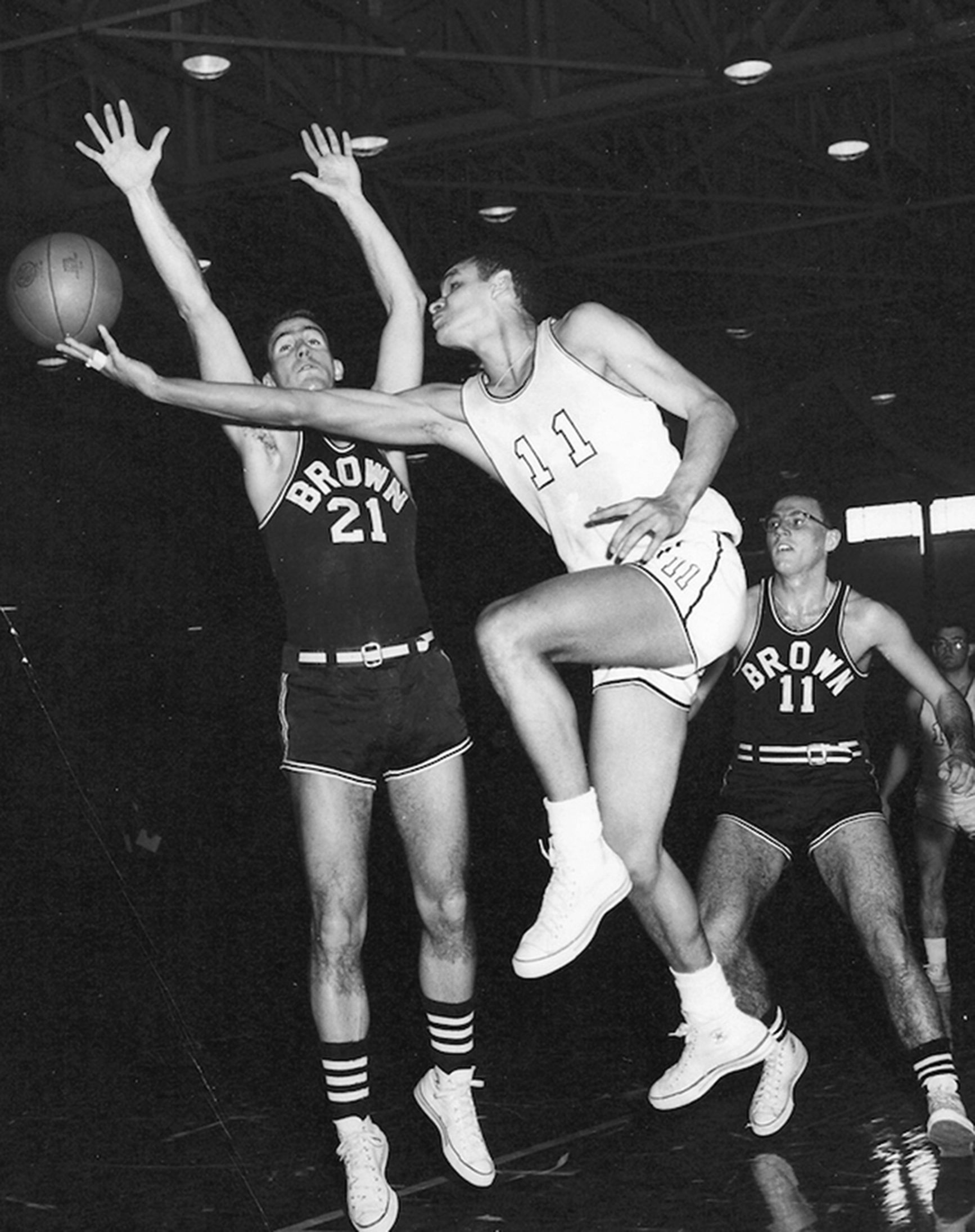 CHARLEY SYKES, MIDD ’57, goes to the hoop: “He plays with the ease of a pro and is the picture of poise and composure.”
By Karl Lindholm