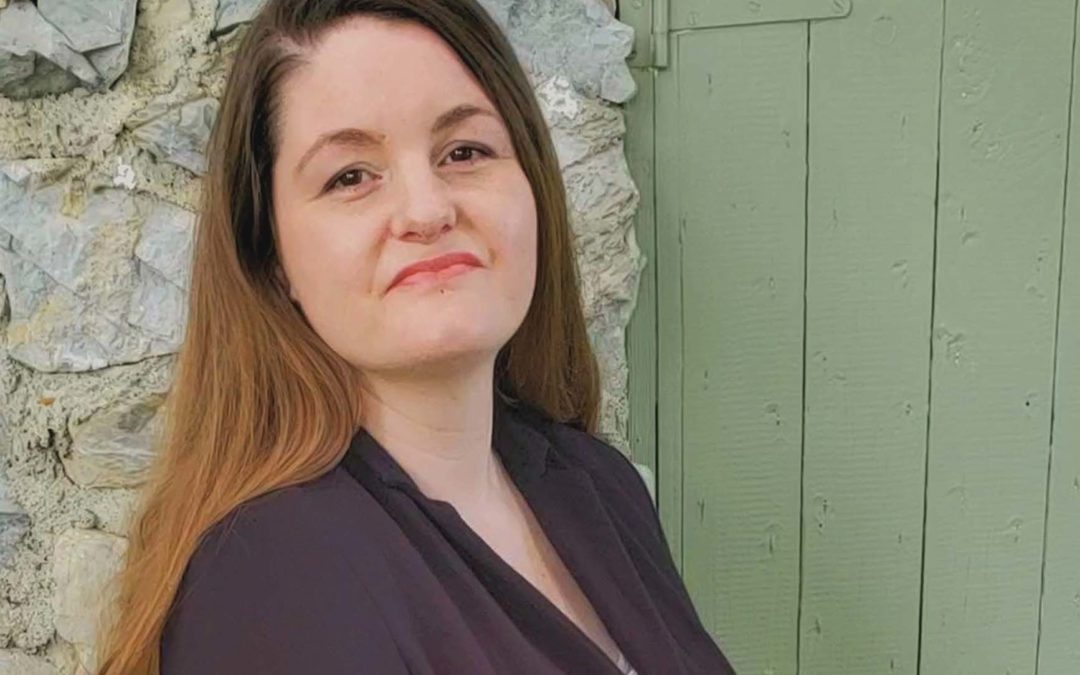 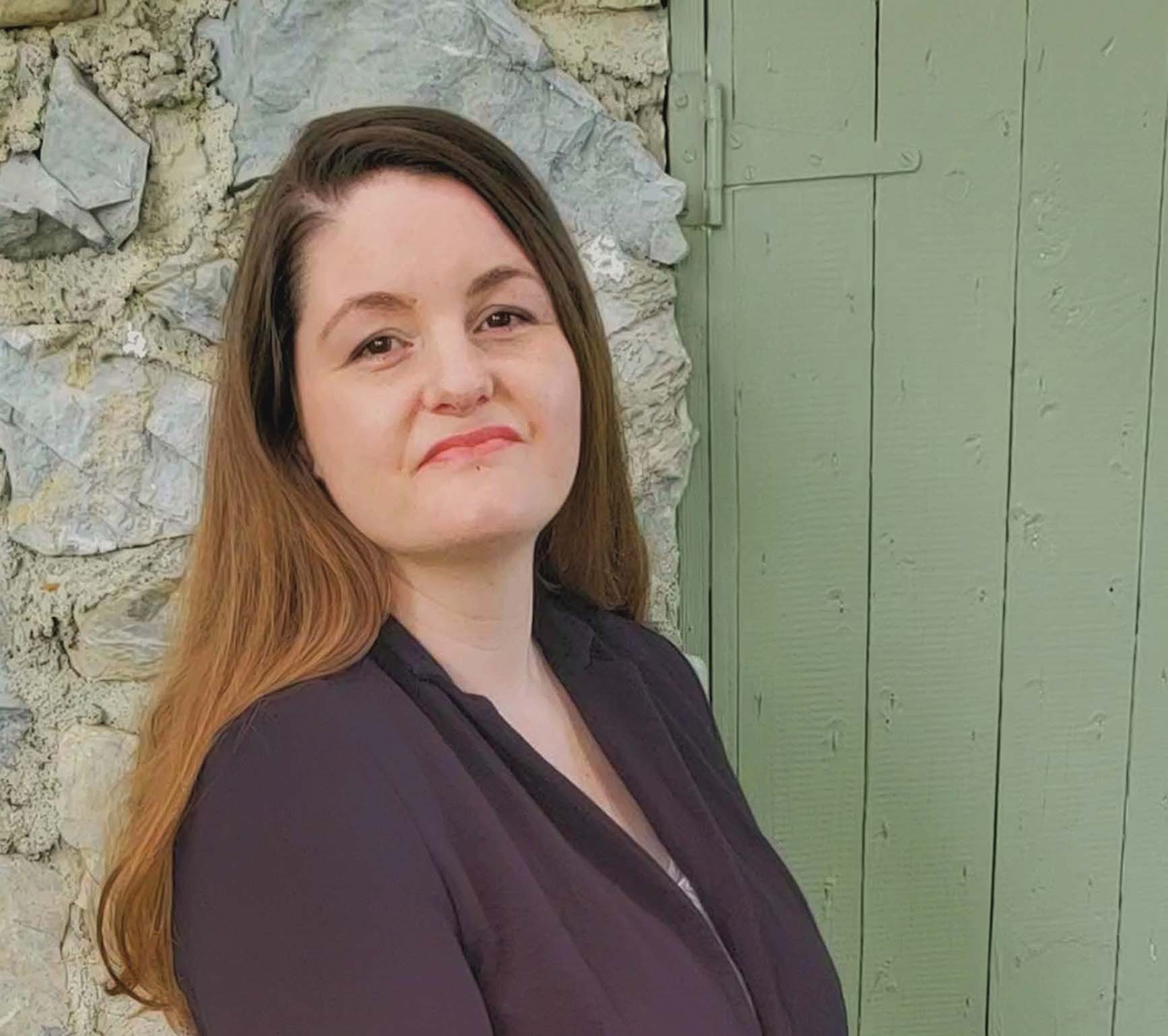 I think some people have gone to this mode of post-COVID planning, which concerns me. I think we’re still in the beginning of this, and until there’s a vaccine, we need to be focused on public health and safety as well as making sure everyone has financial stability.
— Jubilee McGill

BRIDPORT — Jubilee McGill knows what it’s like to struggle.
It wasn’t that long ago that McGill, now a 36-year-old Bridport resident, was a single mom without stable housing. She was living with depression and anxiety.
But thanks to perseverance and a helping hand, McGill pulled her life together. She obtained a housing subsidy through the Addison County Community Trust (ACCT), which gave her a roof and the financial flexibility to better fight her personal war on poverty.
“That (subsidy) allowed me to work only part-time, so I could afford to go back to school and get a degree and improve my life,” she recalled.
With degree in hand, McGill resolved to help those facing the same challenges she has. Five years ago, she took a job as office manager with the ACCT, a position that blossomed into senior property manager and compliance manager for the county’s largest affordable housing provider.
This past January, she started her new job as a service coordinator for the John W. Graham Emergency Shelter in Vergennes. There, she works with homeless individuals and families, connecting them with the services they need to weather the storm and ultimately land permanent housing.
She’s also tended to the shelter’s COVID-19 safety protocols.
“As soon as I saw an opportunity to work in this field, I jumped at it, and have been at it ever since,” said McGill.
And now she wants to expand her ability to help her neighbors — as representative of the Addison-5 Vermont House district, which includes the towns of Bridport, New Haven and Weybridge. The Democrat is challenging incumbent Rep. Harvey Smith, a New Haven Republican and one of the county’s most veteran lawmakers.
“I’m running because I think we need new voices,” McGill said, asserting the majority of Vermont lawmakers these days appear to be older and financially secure. And that’s not a big surprise, McGill acknowledged, because the state has a part-time Legislature that pays around $730 per week. Work can stretch into the evening and weekends — not ideal for folks with young families.
McGill received considerable encouragement to run in Addison-5 two years ago.
But she decided the time wasn’t right.
“I felt a sense of duty to my employer (ACCT, at the time) and I wanted to ensure the needs of the people we serve wouldn’t go unmet,” she explained. “It wasn’t really possible.”
But when folks asked her to give it a shot this year, she agreed. McGill and her spouse, Lawrence Yetnick, have settled into a Bridport home with their three children.
“I decided it was no longer an option to not run,” McGill said. “If no one else was able to step up, then I was going to step up, if I was going to see these kinds of changes through.”
The “changes” McGill will stress during her campaign include creation of more affordable housing, policies to stem the tide of climate change, the national quest for racial justice, promoting a livable wage for workers, and helping Vermonters weather the economic challenges posed by the COVID-19 pandemic.

LIFE CHANGES
It’s McGill’s first run for elected office, and it’s a leap that seemed improbable to her only four years ago.
“If you had met me in January of 2016, I never would have thought of myself as an ‘activist’ or ‘organizer,’ or ‘future politician,’” she said.
But that all changed in 2016 after she attended a gubernatorial candidates debate hosted by Rights and Democracy Vermont. She felt energized and joined Rights and Democracy, a nonprofit that supports such causes as universal health care, renewable energy initiatives, and a $15-per-hour minimum wage.
McGill immersed herself in such issues as workers’ rights and economic justice. She testified on related legislation at the Vermont Statehouse, using her own uplifting story as an example of how hard work and a hand up can improve lives.
“We’re taught in society … that poverty is a moral failing, so I never considered myself as ‘powerful,’” McGill said. “But as I let go of my shame, I think I’ve been able to reach other people, and kind of inspired them to lift up their voices. To have the change that I and other people want to see in our country, we need to make sure we’re amplifying all voices in Vermont.”
The Addison County native is a strong believer that one of the first things struggling folks need is a home — an anchor of stability as they seek self-improvement and help in securing other basic needs, such as food, health care and education.
Her forte has been housing, as she’s familiar with the myriad state and federal programs available to help Vermonters find short- and long-term homes. But McGill stressed she’s willing to help out wherever she’s needed.
For example, when COVID first started to roll across the U.S., McGill launched the addisoncountymutualaid.org website. The site allows affected people to declare their needs and mobilizes volunteers who want to help. The effort has mushroomed to a point where there are mutual aid leaders in each county community.
McGill recently stepped back from the Mutual Aid effort in order to focus on her House campaign.
“One of the things I love about Vermont is when there’s a crisis, people step up and come together,” she said.
She said she hopes Vermont will be able to harness that spirit of cooperation to deal what she see as three major crises: The coronavirus, global warming and the national quest for racial justice.
“All of these issues are interconnected,” McGill said, adding as an example, “You can’t have racial justice without economic justice.”
She also pledged to help farmers who are in need of more support as they deal with low milk prices and the financial challenges brought on by COVID-19 — a pandemic that could be around for quite a while, McGill fears.
“I think some people have gone to this mode of post-COVID planning, which concerns me,” she said. “I think we’re still in the beginning of this. And until there’s a vaccine, we need to be focused on public health and safety as well as making sure everyone has financial stability — that they have food and are not worrying about their mortgage or rent.”
Reporter John Flowers is at johnf@addisonindependent.com.