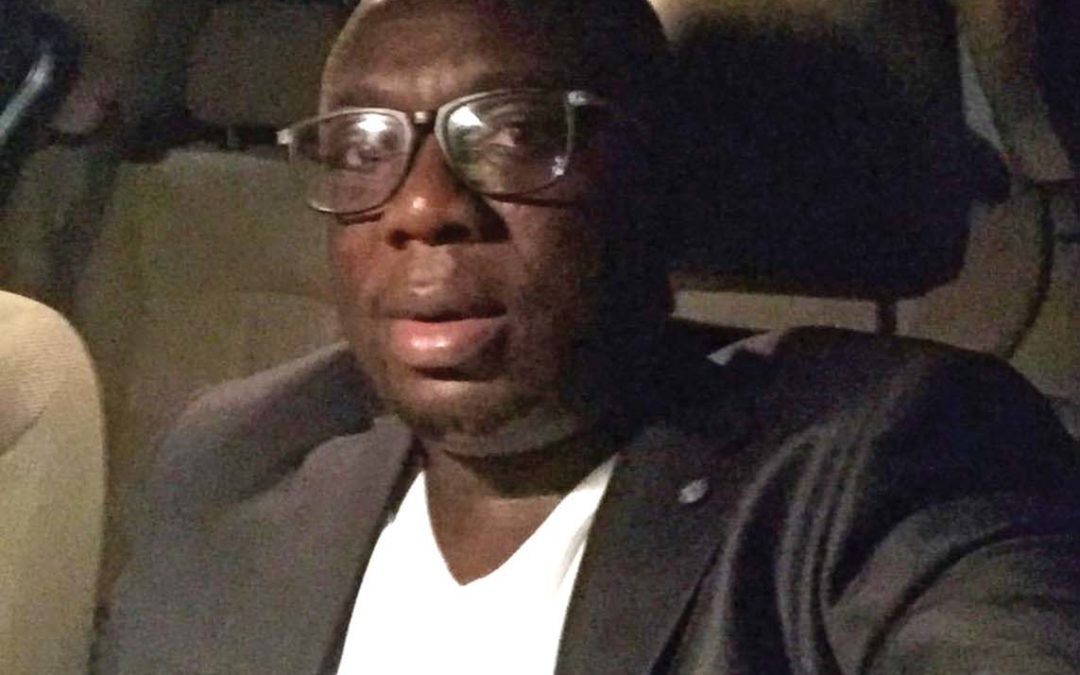 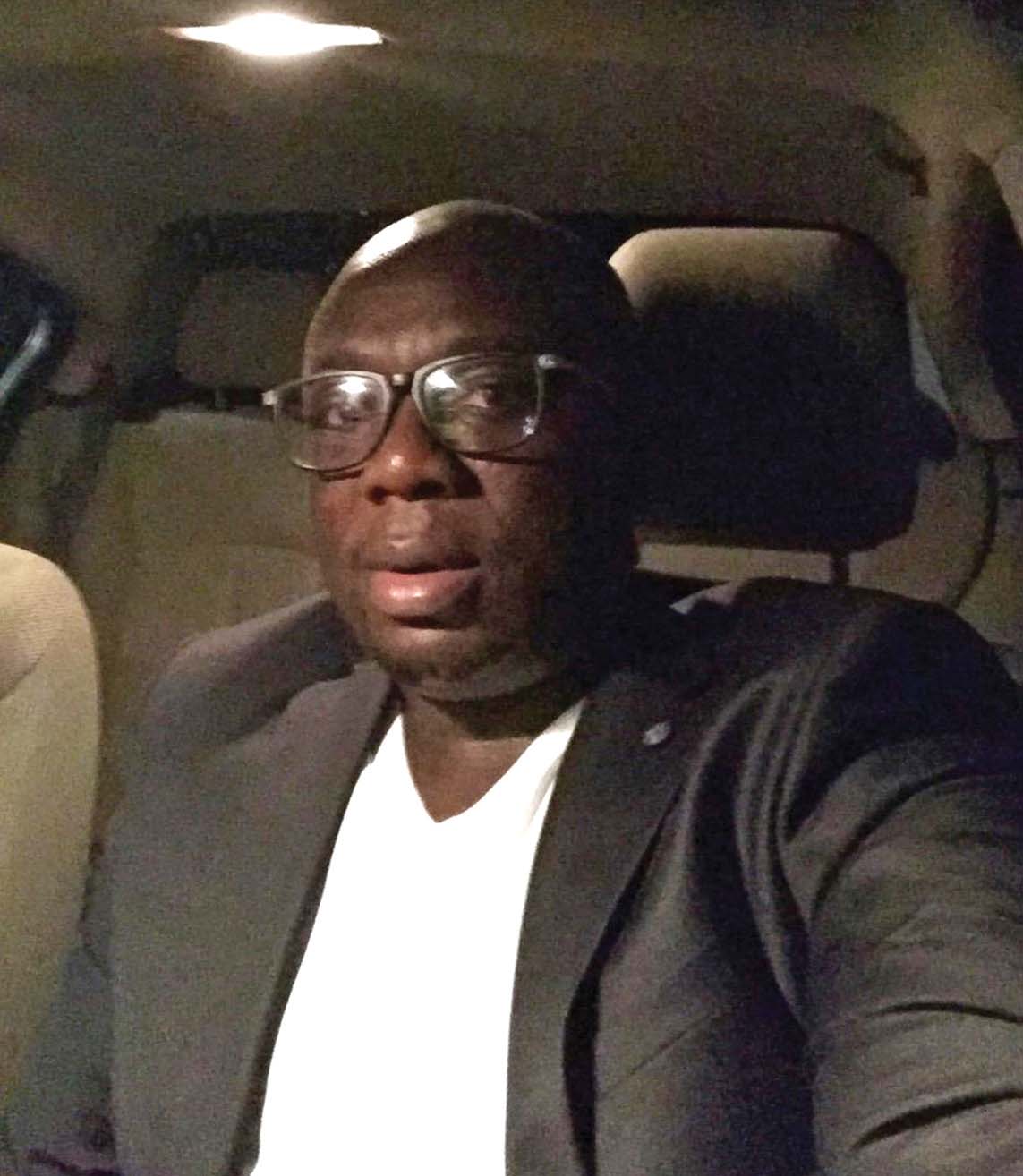 BASHIRU ABDULAZIZ RECENTLY shared his concerns about being the focus of a June 22 police investigation in Middlebury. The Brandon resident believes the color of his skin might have played a role in how the case was reported and investigated.

They didn’t give me the benefit of the doubt because of the color of my skin. You could be patient and look for more evidence, but they didn’t do that. They put my life in danger.
— Bashiru Abdulaziz

BRANDON — A Black man who was ordered by Middlebury police to “raise his hands” after an erroneous report that he had been detaining a woman at gunpoint off Mary Hogan Drive is now talking about the incident.
Bashiru Abdulaziz, a 38-year-old man who lives in Brandon, believes witnesses and authorities in the case last week failed to give him the benefit of the doubt because he is Black.
As reported in the June 25 edition of the Independent, Abdulaziz was approached by two Middlebury police officers and a police dog at the Middlebury Recreation Park at around 8:45 p.m. on June 22, after a 13-year-old witness had called authorities about a man with a “gun (who) was trying to put a female in a car at gunpoint,” according to the police report of the incident.
As it turned out, Abdulaziz was carrying not a gun, but his cell phone, and the woman in question was a 61-year-old woman with special needs who was in his care. He had been escorting her around the park when the two police officers showed a light in his face and ordered him to raise his hands.
The Independent received word about the incident close to its deadline for the June 25 edition, and wasn’t able to find contact info for Abdulaziz in time to include his voice in the original article. The paper takes this opportunity to now share his thoughts about the incident.
During a recent phone interview, Abdulaziz said he experienced shock, fright, and later anger at having been mistaken as an armed suspect.
“The approach was really scary,” he said. “There was nothing I did that was suspicious.”
Responding Middlebury police officers Bill Austin and Jared Harrington, after confirming Abdulaziz was unarmed, explained to him the report that led to their “hands-up” order.
With poor visibility, the girl who made the report had apparently mistaken Abdulaziz’s cell phone for a gun, and got the impression that he was holding the woman — who it was later learned communicates largely through sounds, as opposed to words — against her will.
Abdulaziz remains shaken by the investigation and is angry about how the witnesses conveyed their report to police.
“My point is that when they reported (the incident), they could have said, ‘I don’t know whether he has a gun or not,’” he said. “Instead, they said I had a gun. That’s a terrible situation.”
Abdulaziz maintains the young witnesses should have taken more careful note of what he was holding in his hand and how he was treating his client before calling police and painting a grave scenario.
And he’s convinced his color played a role in the manner in which the incident was reported. He doesn’t take much comfort in the fact that the girl and her companion didn’t mention his skin color in their report to police, according to the incident report.
“They didn’t give me the benefit of the doubt because of the color of my skin,” he said. “You could be patient and look for more evidence, but they didn’t do that. They put my life in danger.”
Racial justice and police investigations of black individuals have come to the forefront of American consciousness in the aftermath of the May 25 killing of George Floyd — a Black man killed by a Minneapolis police officer.
“I know there are some very bad people who are Black, and also some very bad people who are white,” Abdulaziz said. “There are bad people in all races. But it kind of hurts that you can see almost all Black people are seen as criminals.”
This is not the first time that Abdulaziz believes he has been treated with greater suspicion because of the color of his skin. He spoke of an incident in Brandon a few years ago when a man accused him of stealing his wallet from his car at Estabrook Park. Abdulaziz said he called local police, and added his accuser ultimately found his wallet in his own car.
He recalled sharing a conversation with a woman in a fast-food restaurant in Rutland around eight months ago, then coincidentally bumping into her at a nearby store the same day. He said the woman called police alleging that he had been following her.
Abdulaziz said he hopes to speak with the young witnesses someday to understand how they viewed the incident the way they did.
Officer Austin, in his incident report, said he later explained to the girl that the woman in Abdulaziz’s care is “physically and mentally handicapped,” and that she is prone to biting her finger or covering her mouth while making sounds.
“I explained to her that we encourage anyone to call the police if they feel something is out of place and not to hesitate, as we would rather deal with a false report than to find out later we could have stopped or prevented something,” Austin wrote in his report. “I went on to explain to her that when reporting to the police to make sure she is reporting the facts to the best of her ability as that will gauge how we responded to a call and the slight difference from a statement that ‘he has a gun’ and ‘he might have a gun’ are two entirely separate things.”
Chief Tom Hanley told the Independent he’s confident his officers handled the incident as they were supposed to, and that a police car camera was focused on the investigation scene at all times.
Abdulaziz, who is from Ghana, became an American citizen a few years ago. He has no regrets in spite of the racial issues the country is dealing with.
“People don’t give you the chance when you’re Black; they assume already you are a criminal because of the color of our skin,” he said. “And that’s the most hurtful part of it. But I don’t regret becoming an American citizen.”
John Flowers is at johnf@addisonindependent.com.