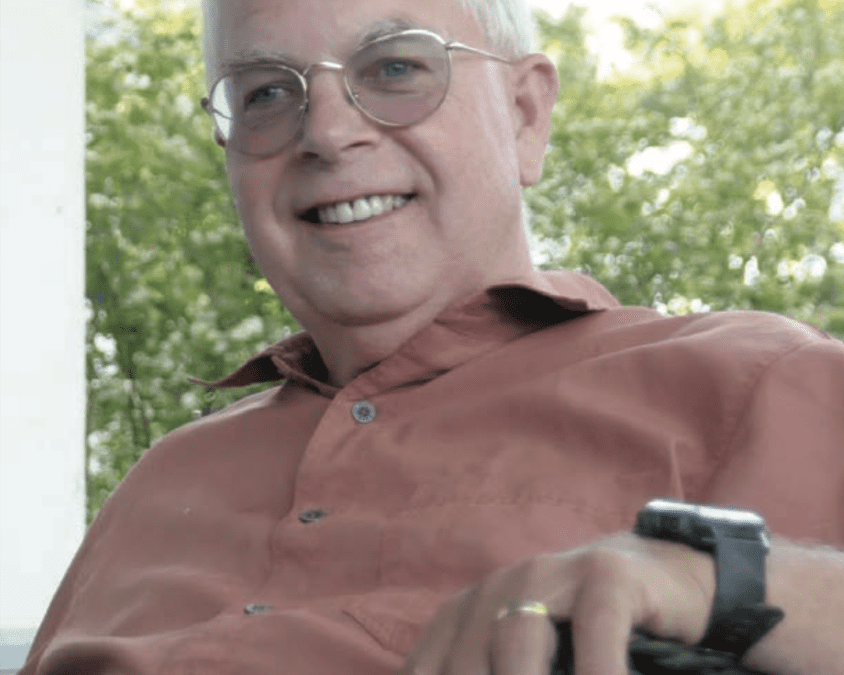 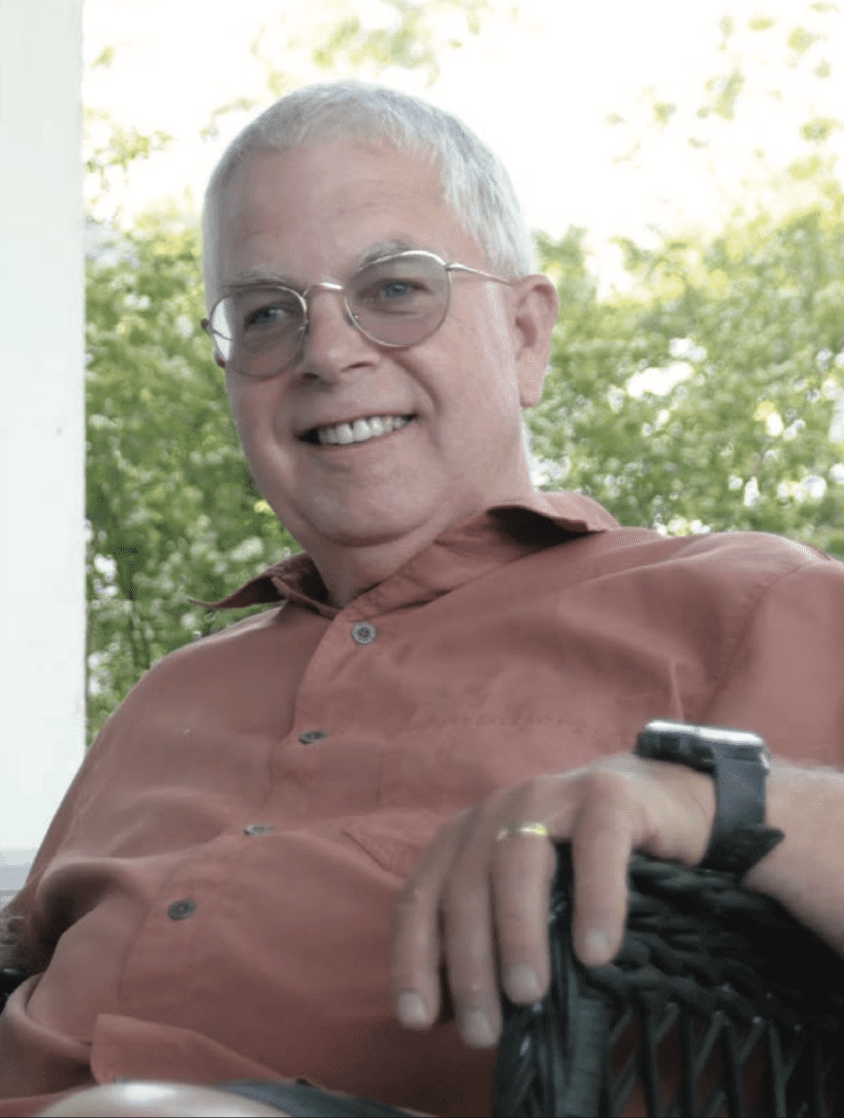 Shepherding generations of students through such a pivotal time in their development, Jeff Murawski has done so with joy, passion, dedication, and a heck of a sense of humor.
— MUMS Principal Kristin Holsman-Francoeur

MIDDLEBURY — Jeff Murawski might be 65 years old, but he feels like he’s still in his 30s.
No, the Middlebury Union Middle School guidance counselor hasn’t found the fountain of youth.
It’s his students that have kept him young.
“I’ve always liked my job and I’ve always enjoyed going to work,” Murawski said during a recent phone interview. “The great thing about kids this age is they come every year as 12-year-olds and leave you at 14, and they’re always the same age. It makes you feel, in some weird way, like you haven’t gotten older. I’ve really enjoyed that part.”
After 31 years of helping young adolescents take their first steps into secondary school, Murawski is himself ready for a change. He’s retiring this year, with a very full resume.
He was raised in suburban New York and is a graduate of the University of Massachusetts, where he earned a B.A. in Education and a master’s degree in guidance and counseling. He began his professional career at the Austen Riggs Center, a private psychiatric hospital in Stockbridge, Mass., and spent time as director of residence at Eagleton School in Great Barrington, Mass., serving troubled adolescents.
He was putting in 55 hours a week, sleeping at the school two nights per week. Some of his charges were prone to violence.
“In some weird way I did like the job, but my wife said, ‘You know, we can’t raise a family with this kind of life,’” Murawski recalled.
So he and his spouse, Abbey Pope, huddled and concluded he might be better suited to a public school job — still helping young people, albeit in a safer environment and with a more manageable work schedule.
They moved to New Haven in 1987, whereupon Murawski took a job as a counselor at Mount Abraham Union High School in Bristol. It was a brand new position, under the auspices of the Counseling Service of Addison County (CSAC).
After two years in that job, he began his long tenure as a guidance counselor with the Addison Central School District, dividing his time between MUMS and Bridport Central School — which at the time included grades K-8. He eventually shed his Bridport duties to focus full-time on MUMS students.
“That really made my job nice,” Murawski said. “You go to the same place every day and I have a beautiful office. It’s been really wonderful.”
He’s spent recent years providing guidance to MUMS boys, while colleague Ilana Brett has served the girls.
And there were quite a few more MUMS students when Murawski first arrived. During the late ’80s MUMS was serving around 350 students annually. That’s dropped to around 255, of which Murawski is counseling approximately half.
Fewer students has led to more personalized service.
“I’ve been able to do more groups and see more kids,” Murawski said. “That’s been an advantage.”
He and Brett have helped many children through a major transition in their scholastic lives. They are, in most cases, matriculating from a small rural school where they were the “big kids,” to a large school were they’re suddenly the newbies among an older crowd.
“We try to know our kids really well and try to be sensitive; it’s a big transition for them,” Murawski said. “A lot of what we do is to try to get (them to feel) that sense of belonging.”
Murawski has an initial half-hour visit with each incoming 7th-grader, to get to know the individual and who his friends are. He forms “friendship groups,” each with 10-12 boys. These groups meet around once a week.
“It’s my goal to know as many kids and have them be as familiar with me as possible,” he said.
MUMS has also been able to quickly give its new arrivals a sense place and cohesion through the teams into which students are assigned. Teams with names like “Ohana” and “Mosaic,” where groups of kids stick together and make friends during their academic pursuits.
“Kids get to know their teachers really well, and I think the (teams structure) has benefitted everyone,” Murawski said.
So between teams, friendship groups, academics and sports, MUMS students get to know each other well. And each year, Murawski sends off the 8th-grade boys he advises with a series of small-group barbeques at his Cornwall property, which has a pond for fishing.
“It’s a nice way for me to say goodbye to them,” he said.
Murawski is pleased to have seen many of his students go on to great colleges and successful careers. And he’s counseling the second generation of some Middlebury-area families.
He came to know still other Addison County residents as an emergency clinician for the CSAC on the weekends from 1988-2013.

LONG RELATIONSHIPS
Being in his job for 31 years has allowed Murawski to see many of his students achieve their potential as adults. It’s also allowed him to see that in most cases, students he worried about in school turned out just fine.
“You work at it long enough, and the next thing you know, that kid is a father bringing his kid into the school, and you know the family,” Murawski said. “That, to me, has been a tremendous benefit to being here for a long time.”
A guidance counselor is different from a teacher, Murawski stressed. Teachers see their students almost every school day. Guidance counselors see them less frequently, often at stressful moments in their lives.
“You do tend to meet with students during their most vulnerable times,” he said. “That, at times, will help to build a bond. I’ve always tried to not be judgmental. Humor helps me. And because I usually deal with boys, I tend to know about the first day of turkey season, I know a lot about the Red Sox, I know about sports. When you’re with 12-, 13- and 14-year-old boys, there’s so many things to talk about.”
Paul Cherrier has taught math at MUMS for decades and knows Murawski well. Cherrier credits Murawski for his innate ability to quickly assess a situation and create a “common sense” solution. His ability to form relationships with both students and their parents has resulted in many students seeking Murawski’s support and guidance.
“They see him as a trusted source with family/life situations that they would not share with anyone else,” Cherrier said. “That speaks volumes.”

UNUSUAL ENDING
Like fellow ACSD retiree MUHS Principal Bill Lawson, Murawski never thought his professional career would end in an empty school building during a worldwide pandemic. Instead of in-person counseling sessions, Murawski has had to converse with students through Google Meet, email and by telephone.
“It’s really been a real challenge, and it doesn’t feel the same,” he lamented. “I hope this (coronavirus) is at some point behind us. Education is a person-to-person thing. Teachers are successful when they form relationships with kids. I wonder how the new group will come in when they can’t meet their teachers face to face.”
That said, Murawski is glad the ACSD had the foresight to acquire scores of laptop computers that have enable students to quickly pivot to a distance learning mode that no one expected only four months ago.
Murawski leaves on the cusp of a major change at MUMS. The school next year will welcome 6th-graders into the fold. He believes the children will be ready, and hopes the school will be able to smoothly assimilate an additional grade of around 120 students.
“I think it’s the perfect fit, developmentally,” he said. “Sixth-graders are generally able to move on to the next thing. The logistics of how they’re going to run the school with an additional 115-120 students will be the big challenge, while keeping the same sense of knowing your students well and keeping them safe.”
This year’s crop of outgoing 8th-graders were scheduled to take to their respective family cars this past Wednesday, June 10, for a “drive-up” ceremony to receive their graduation certificates. A strange end to an unprecedented academic year.
No barbecues at Mr. Murawski’s house this year.
Murawski will spend this summer supplementing his income with various painting jobs, something he’s done for many years. After that, he hopes to do a lot of traveling with his family.
His family, which includes daughters Eliza and Annie, has always been very important to him.
And Murawski has been important to MUMS, according to Principal Kristin Holsman-Francoeur.
“Jeff Murawski has poured his heart and soul into MUMS for decades,” she said. “Shepherding generations of students through such a pivotal time in their development, he has done so with joy, passion, dedication, and a heck of a sense of humor. His energy, patience, and focus will be sorely missed by the MUMS and greater ACSD community.”
Other longtime ACSD employees leaving this month include:
•  Tamara Atwood, after 27 years as a paraprofessional with Shoreham Elementary.
•  Patti Crosby, after 20 years as a teacher at Mary Hogan Elementary School.
•  Jill Ruffa, after 21 years as a paraprofessional at Bridport Central School.
•  Julie Dodson, after 17 years as a faculty secretary at MUHS.
•  Leigh Harder, after 16 years as a teacher/interventionist at the Weybridge/Salisbury elementary schools.
Reporter John Flowers is at johnf@addisonindependent.com.