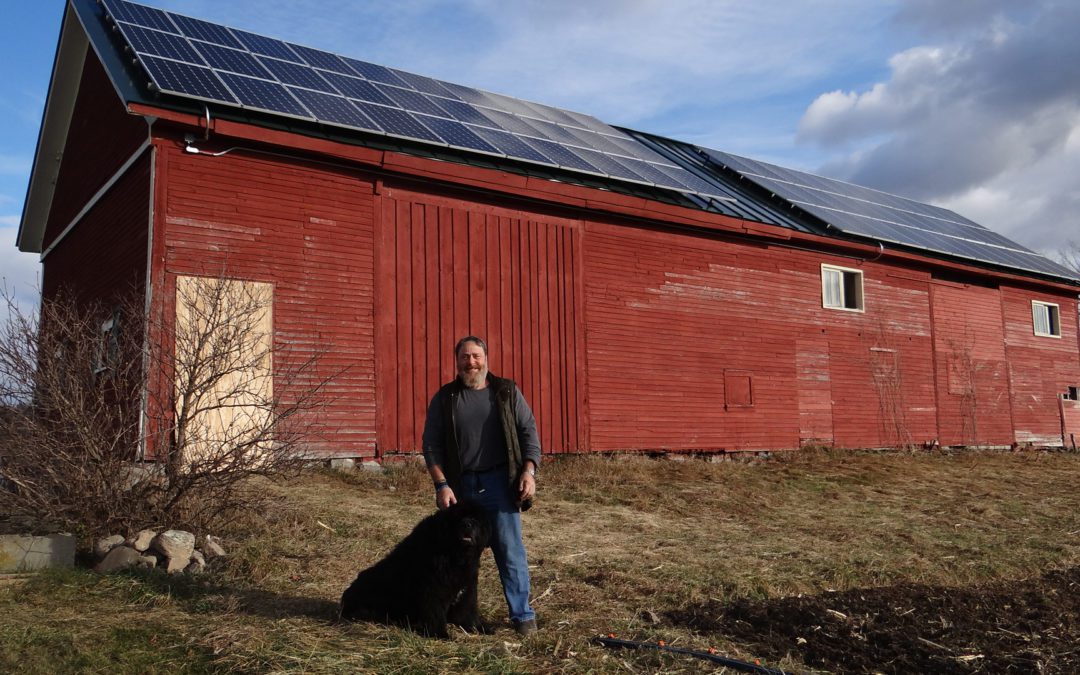 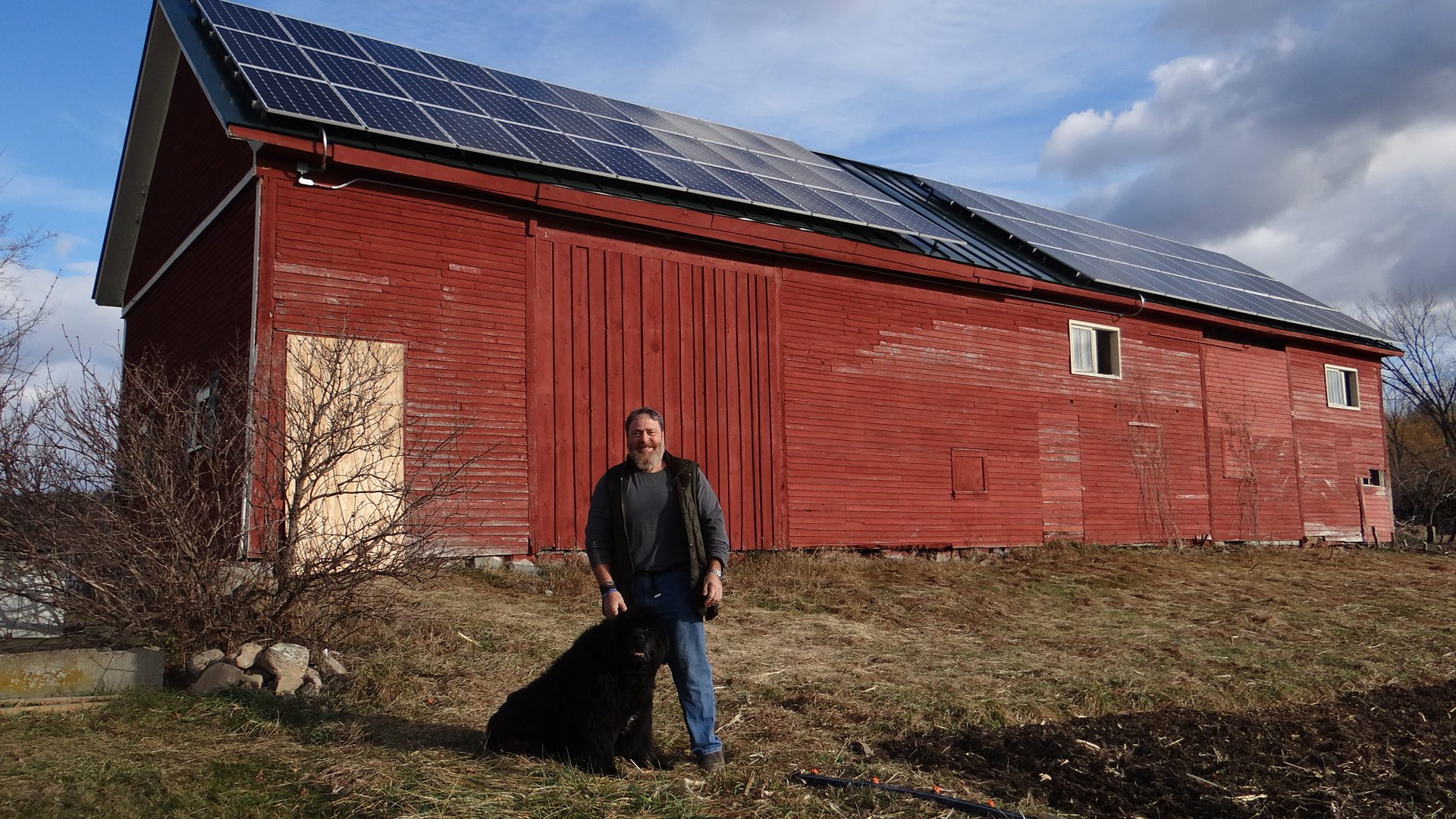 SETH LAPIDOW AND his dog show off the solar array he had installed for his home off Smith Street in Shoreham five years ago. A combination of the energy savings and government incentives has made the array a good investment.
By John S. McCright

We generally produce more than we consume, so our electric bill is often zero.
— Steve Koller