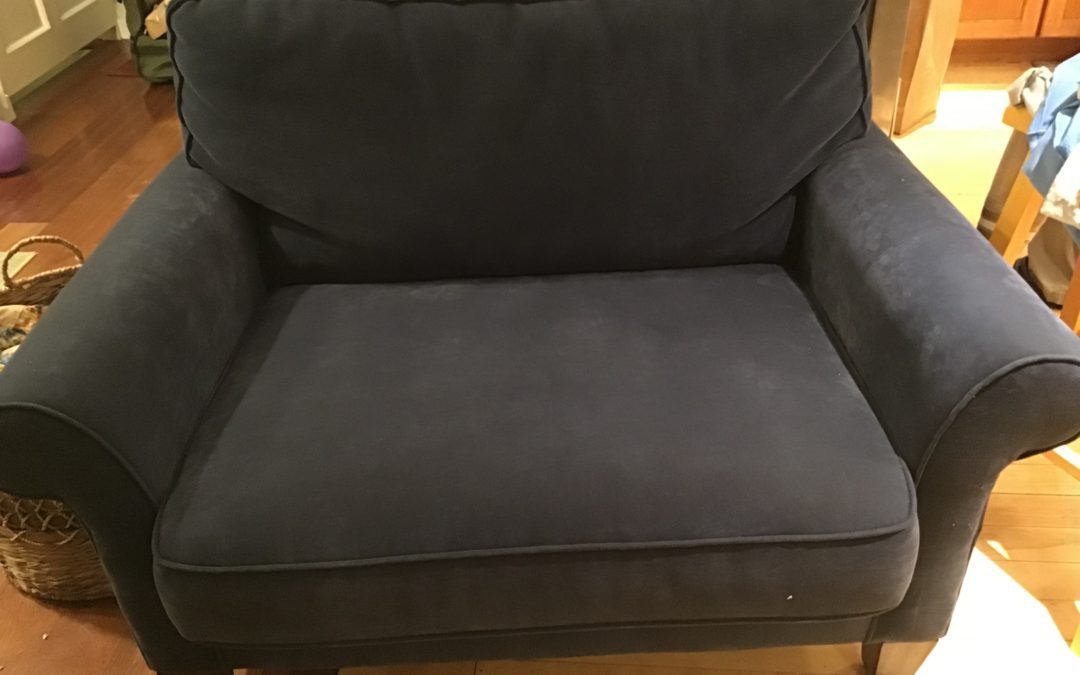 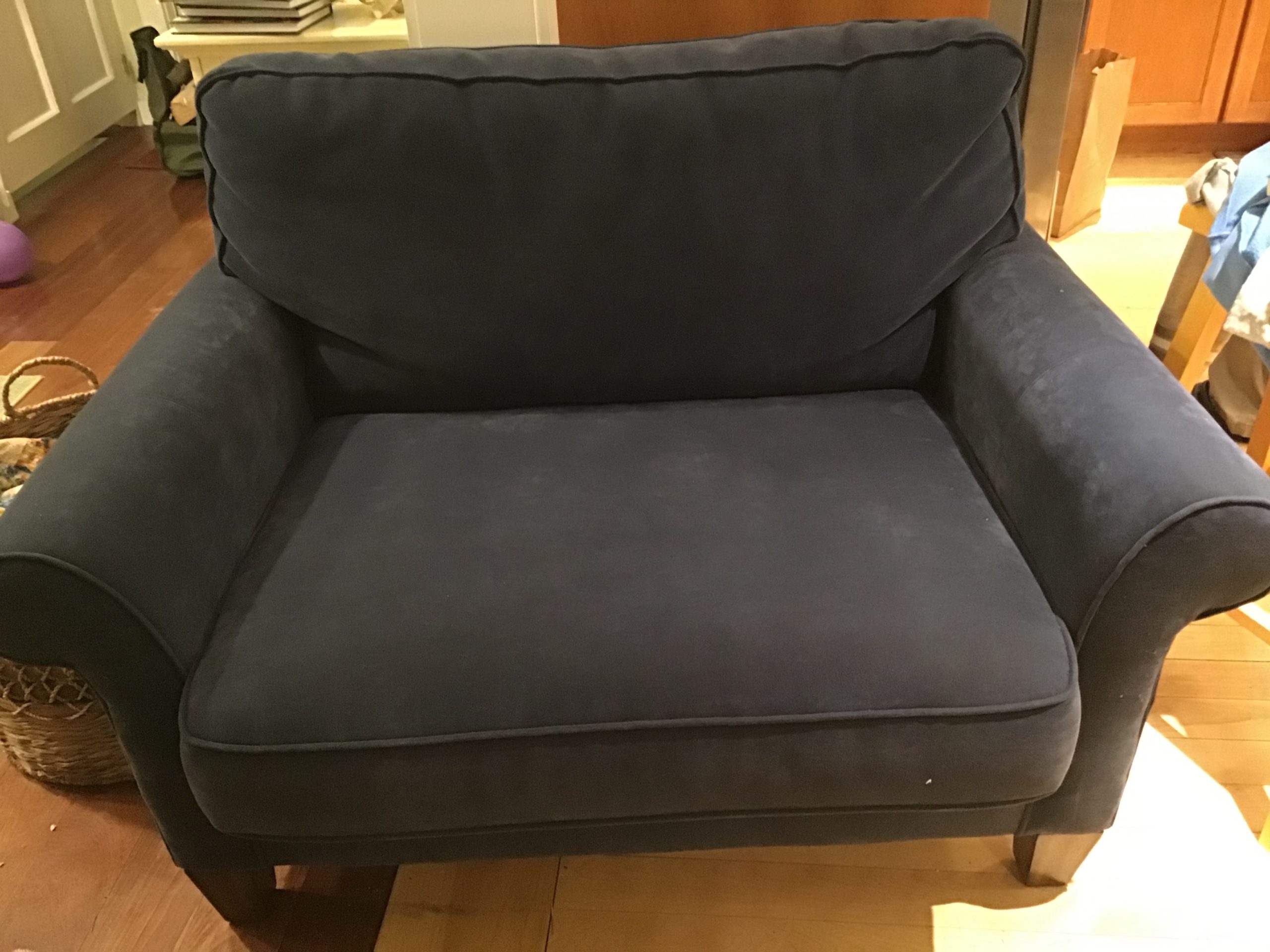 THIS COMFY CHAIR may be a chair-and-a-half, but it’s still not big enough for all the Gong Girls.
By Faith Gong