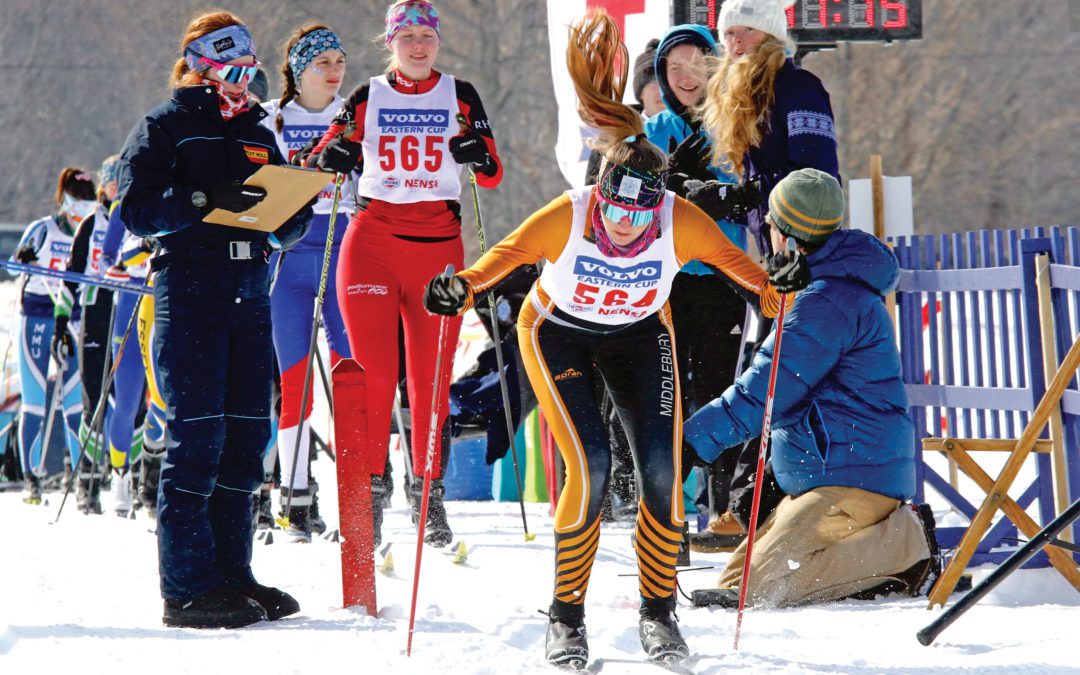 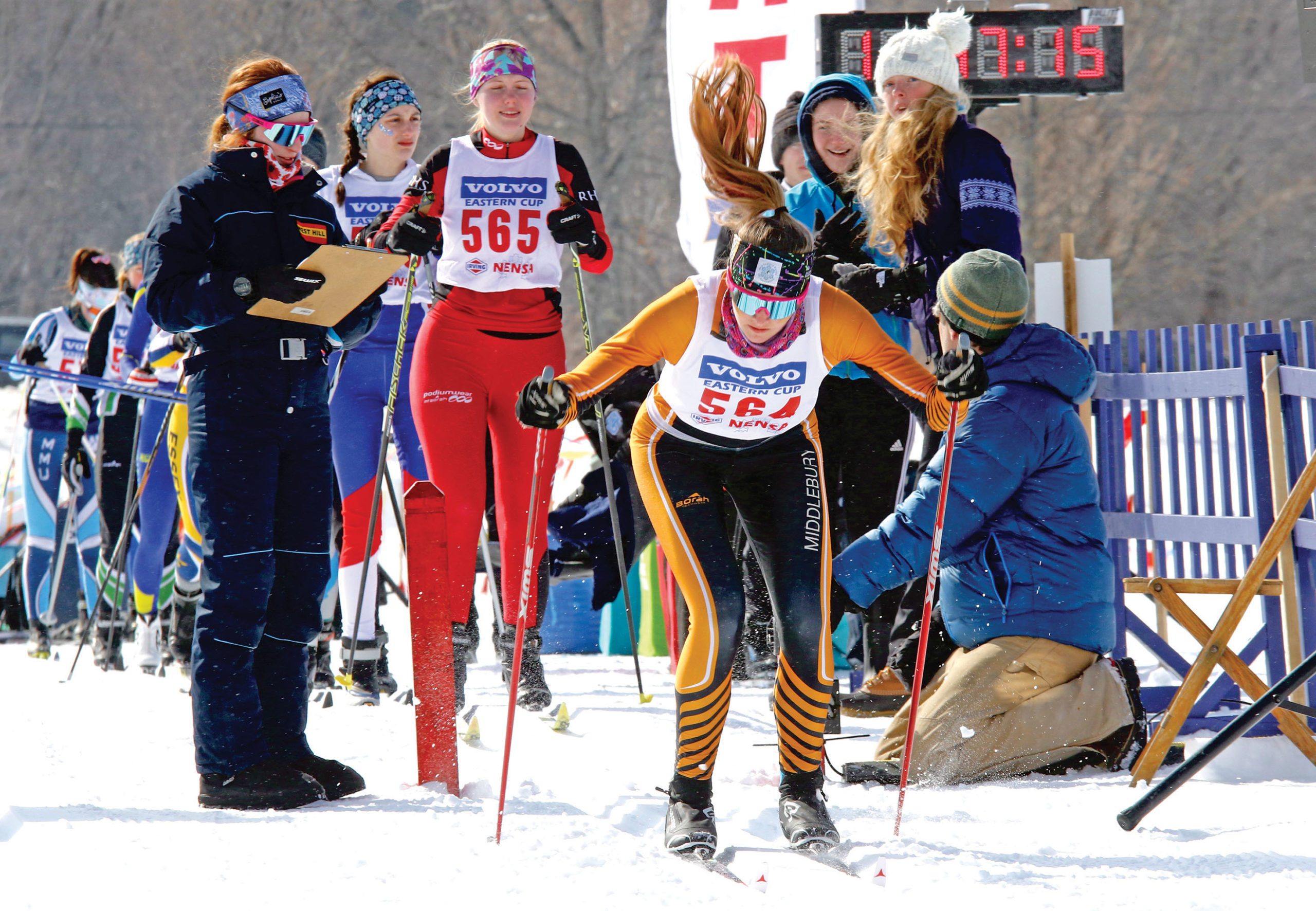 TIGER SOPHOMORE PHOEBE Hussey bursts out of the starting gates at Rikert Nordic Center on the way to her team-best fifth-place finish in the Division II championship classic race this past Thursday. The Tigers finished second behind U-32 in Division II in the two-day competition.
By Andy Kirkaldy