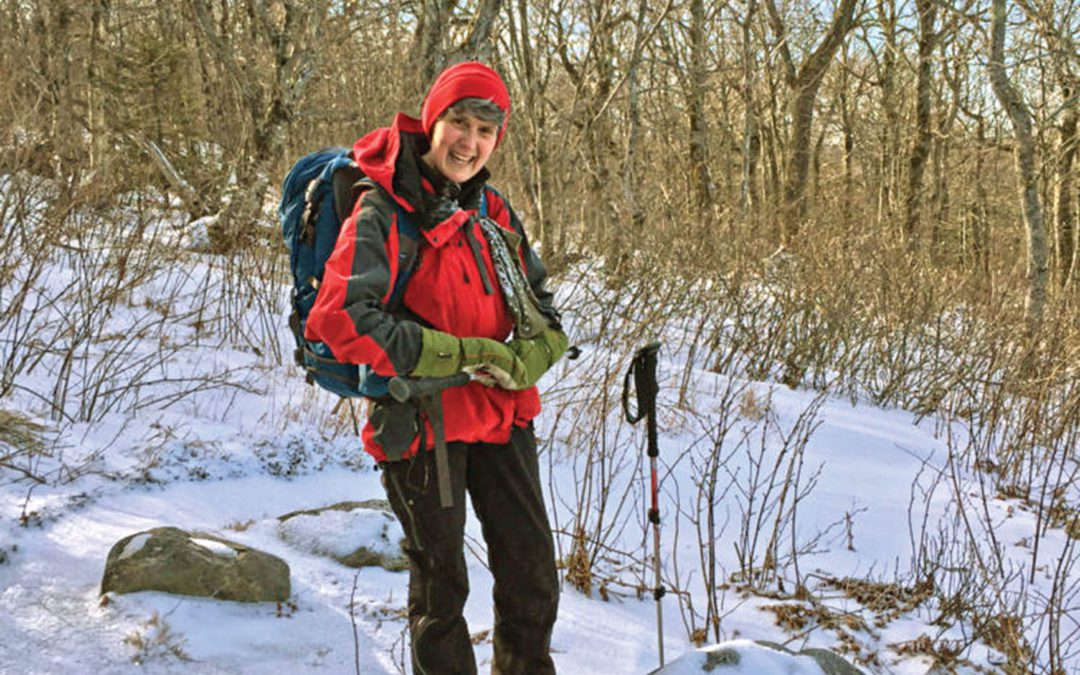 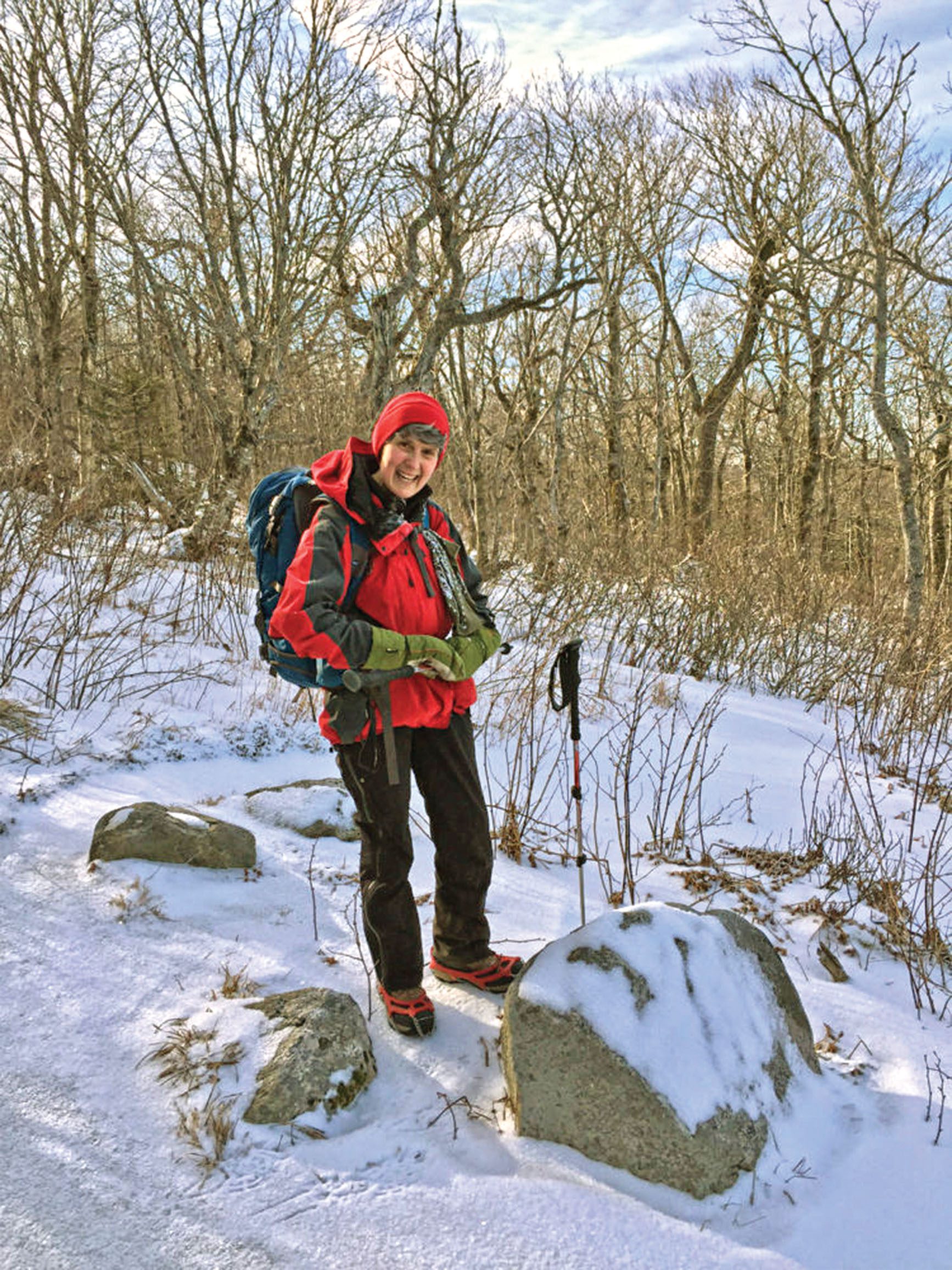 MIDDLEBURY — In celebration of the 28th anniversary of the Green Mountain Club’s Taylor Outdoor Adventure Series, the Bread Loaf Section will host speaker Mary Lou Recor on Thursday evening, Feb. 20, at 7 p.m., at the Champlain Valley Unitarian Universalist Society, at 2 Duane Court, in Middlebury. She will share a slide show of her winter end-to-end hike, “Searching for White Blazes: Hiking the Long Trail in Winter.”
The Long Trail Guide rightly states that the Long Trail is “not designed for winter use” — white blazes, dense woods, deep snow, remote trails and short days. The following is an excerpt written by Mary Lou for the Green Mountain Club:
“How would you like to become part of an elite hiking group? A group that gives out no patches or certificates, that keeps no records and holds no induction ceremonies. A group so esoteric, no one except the members know who they are. And even they don’t know the other members. I am talking about people who have hiked the Long Trail in winter. Before you scoff, think about this: the number of people who have climbed Mount Everest and returned to give a PowerPoint presentation: over 5,000.  The number who have day hiked the Long Trail in winter —a handful. The number of through hikers: a really teeny-tiny handful.
When Mary Lou decided in 2004 to day-hike the Long Trail in winter, she figured it would take her 20 years to finish, if she ever did. In fact, it took only 14 winters, numerous friends and unfailing optimism to cover all 270 miles.
Mary Lou began snowshoeing in 1986 while living in New York state and soon realized she could go places on snowshoes that she couldn’t on skis. In March 2002 she finished climbing all the 4,000-foot peaks in the Northeast, becoming the 35th person recorded to climb all 111 peaks in the Northeast and the eighth woman. During the rest of the year, she eschews work in favor of long-distance hikes and self-guided bicycle tours, most recently around Quebec’s Gaspé Peninsula.
The Feb. 20 program is open to the public. Refreshments will be served beginning at 6:30. Admission is free, however voluntary donations will be accepted to support the GMC’s Education Program.