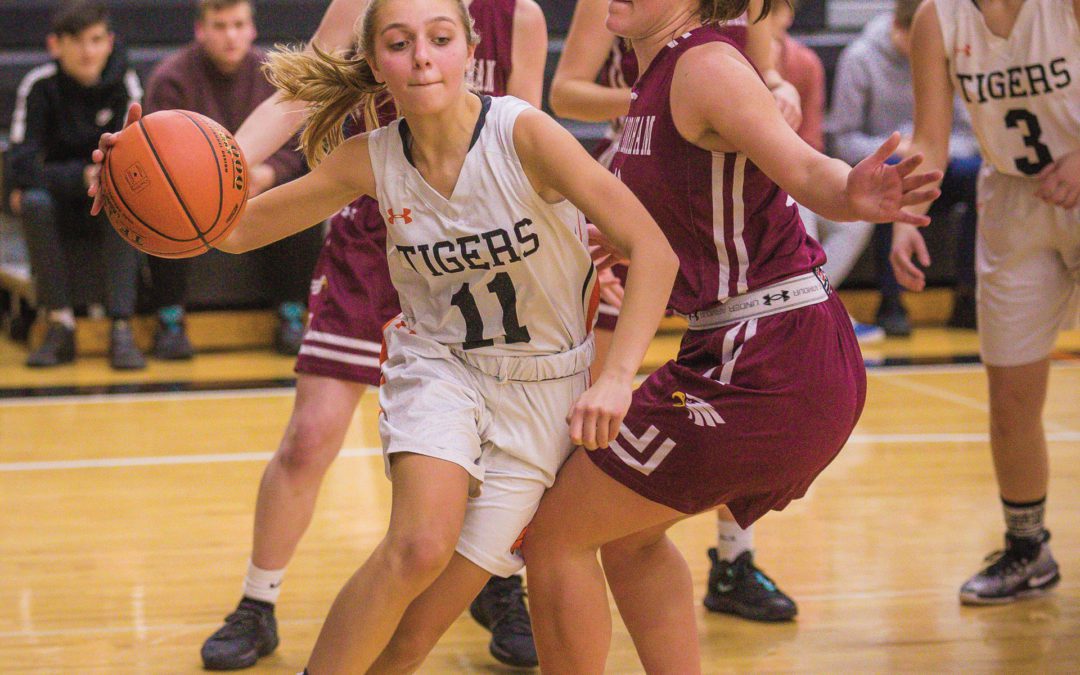 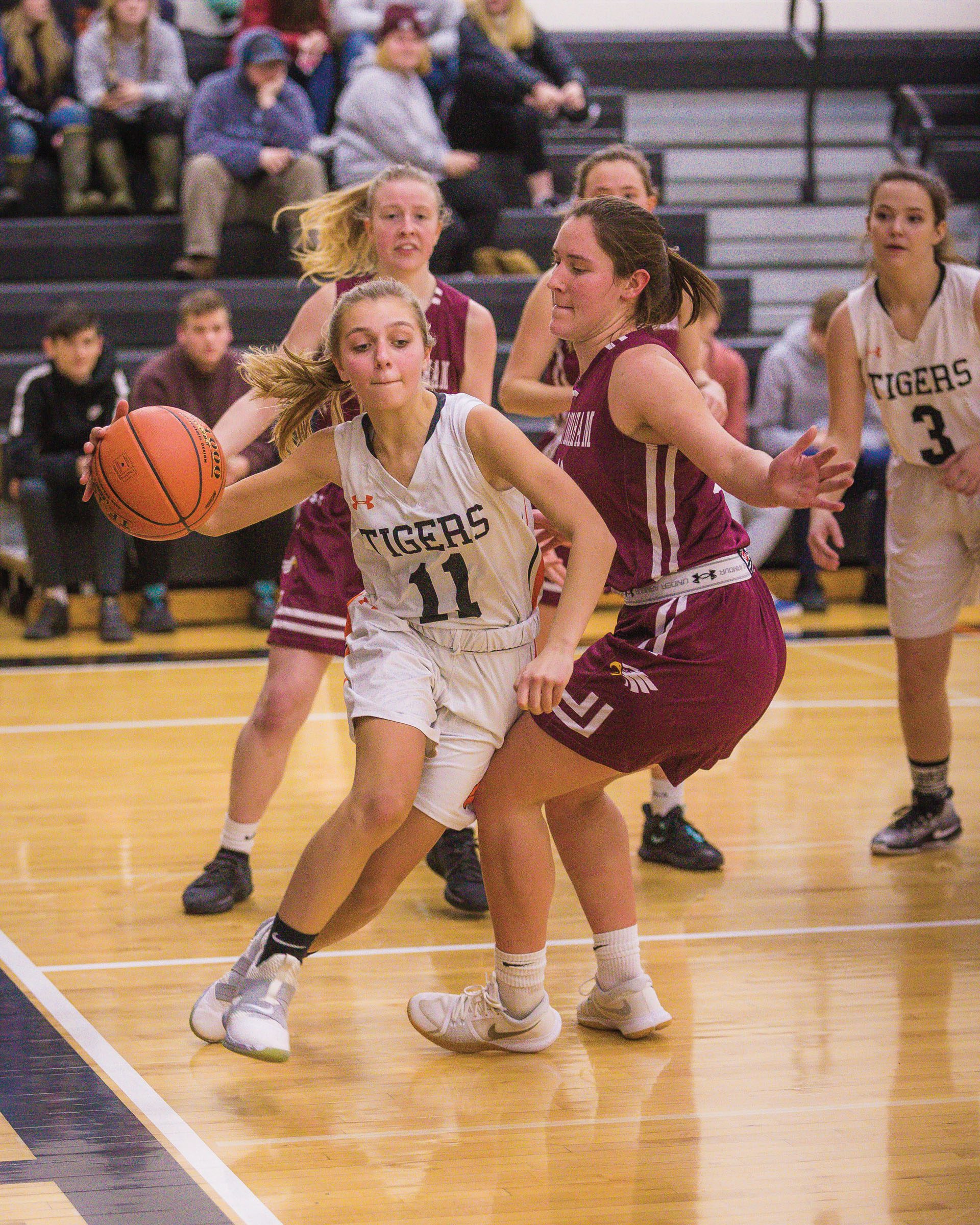 ADDISON COUNTY — Mount Abraham defeated Middlebury to highlight area girls’ basketball action late last week. Elsewhere, Vergennes came up just short at home to a Division I foe, and undefeated D-II power Fair Haven knocked off Otter Valley.
EAGLES-TIGERS
On Thursday the Eagles used a full-court press to bolt to a 20-4 first-quarter lead on the way to a 36-22 victory at MUHS.
Chloe Johnston sparked the Eagles with 12 points, 10 in the first quarter, and added five steals and three assists. Grace Harvey contributed eight points, seven steals and seven rebounds as the Eagles improved to 6-2 with their sixth straight win. They visit Mount Mansfield on Tuesday.
The Tigers outscored the Eagles in the final three quarters, but fell to 2-5. Ele Sellers led the MUHS offense with six points. Milton visits MUHS on Tuesday.
COMMODORES
On Saturday a furious Commodore rally was not quite enough as visiting Mount Mansfield escaped with a 35-34 victory. VUHS went on a 15-2 run in the fourth quarter to tie the game at 33-33, but the Cougars got a late bucket from Allie Fullem to take the win. Caitlyn Luitjens led the Cougars with nine points.
Kate Gosliga led a balanced VUHS attack with 10 points. The Commodores dropped to 2-4 and have been competitive in all four setbacks. They host Colchester on Tuesday.
OTTERS
On Saturday visiting Fair Haven pulled away from a third-quarter tie to defeat OV, 43-32. The Slaters led by two at the half before OV tied the game in the third, but the Slaters extended their lead to nine after three periods as they improved to 9-0. Ryleigh Coloutti’s 17 points sparked Fair Haven, Kerigan Disorda and Courtney Brewster added nine and seven, respectively.
Alice Keith scored 11 to lead OV, which dropped to 3-5, and Livia Bernhardt and Alia Edmunds added seven points apiece. The Otters host Springfield on Tuesday.