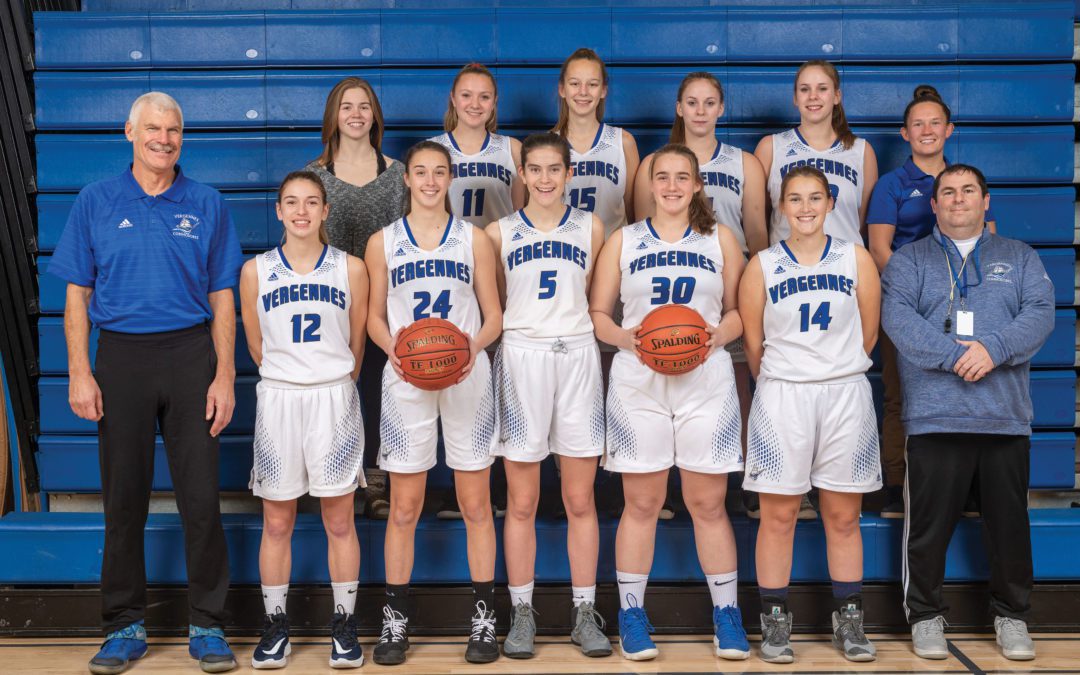 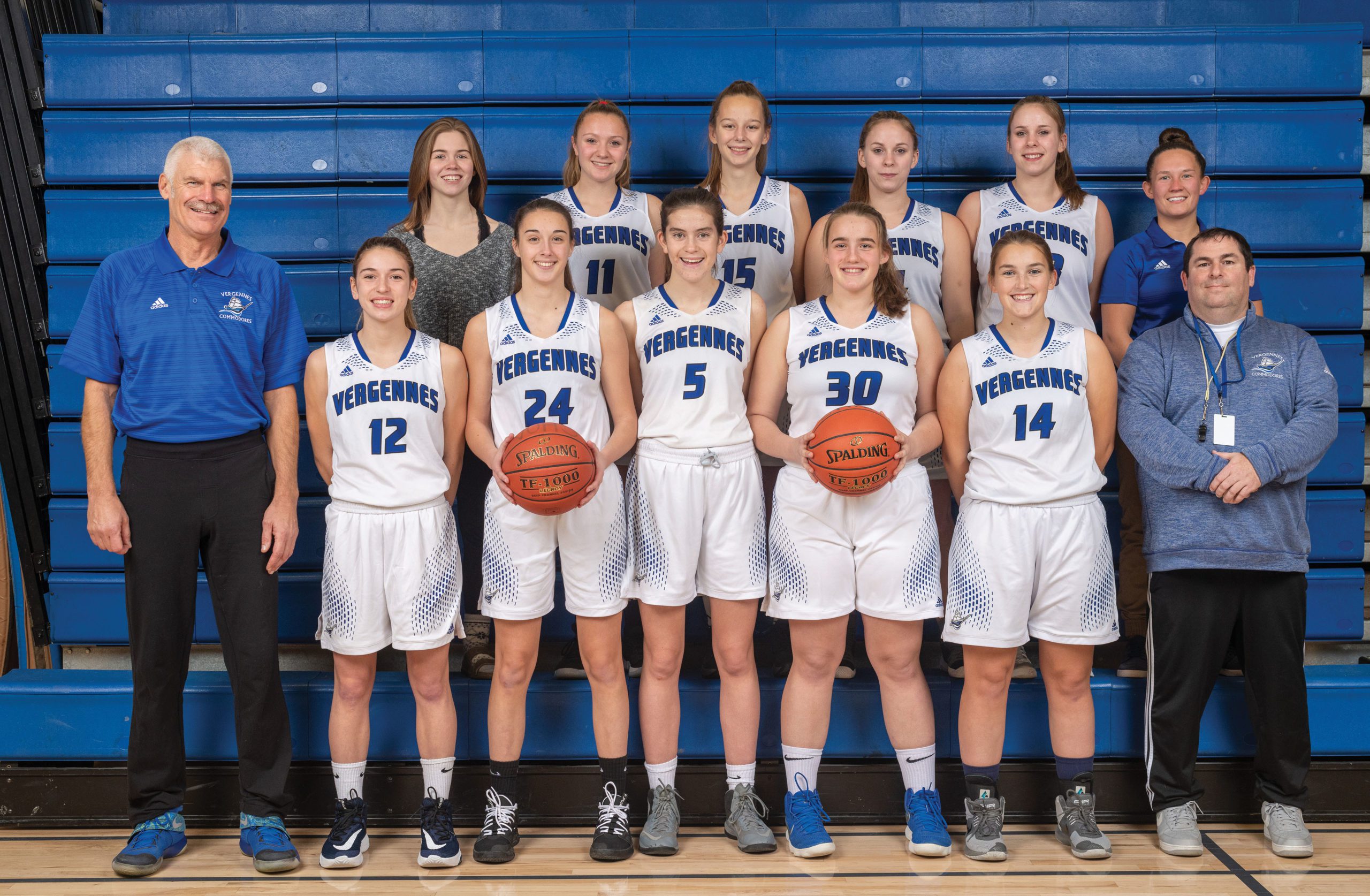 VERGENNES — A year ago Coach Billy Waller’s Vergennes Union girls’ basketball team won nine times and then took a 15-win team into overtime in the first round of the Division II tournament.
A half-dozen of those Commodores graduated, but Waller was not singing the blues during the preseason.
He pointed to a couple of reasons for optimism. One, the Commodores will compete in the Division III postseason this year, which should be at least somewhat less competitive.
And, two, they looked good in scrimmages at both ends of the floor, in part because many Commodores have put time in to improve their games.
“The scrimmages went extremely well. We’re further along than I anticipated,” Waller said. “We’ve spent most of our time on defense, and the girls spent a lot of time in the offseason on their shooting.”
Waller expects team speed to be a strength on both offense and defense again this year, Along with the ability to use post play as a source of points in offensive sets.
“I anticipate us being able to get up and down the floor once again. We’re obviously looking to push the ball and get as many easy transition baskets as we can,” he said. “But in the halfcourt a lot of things won’t change. We’ll look to get the ball inside and work inside-out.”
Junior forward and returning leading scorer Kate Gosliga should be the source of some of those points inside, as should be senior Sophie Hatch and juniors Sydney Jewell and Hannah Kelly. Kelly will be a defensive anchor, Waller believes.
Senior Emily Rooney returns to run the point, a job she will share with sophomore Felicia Poirier. Senior Amber Krumrie and juniors Jordan Jewell, Lauren Curtis and Ema Gernander will all see plenty of time in the backcourt, Waller said.
The Commodores’ regular-season schedule, mostly comprised of Lake Division competition, will not change. Waller said its difficulty should help get his team ready for the postseason.
“It prepared us for Division II. It should prepare us even more for Division III,” he said.
A key for the Commodores will be to win enough games to get a high enough seed to avoid top teams Lake Region, Thetford and Windsor until the final four in Barre, he said.
“(We) have real reason to believe that if we can manage to keep out of that 7-13 type of season, that we can go pretty far,” Waller said. “I feel pretty good about this group.”