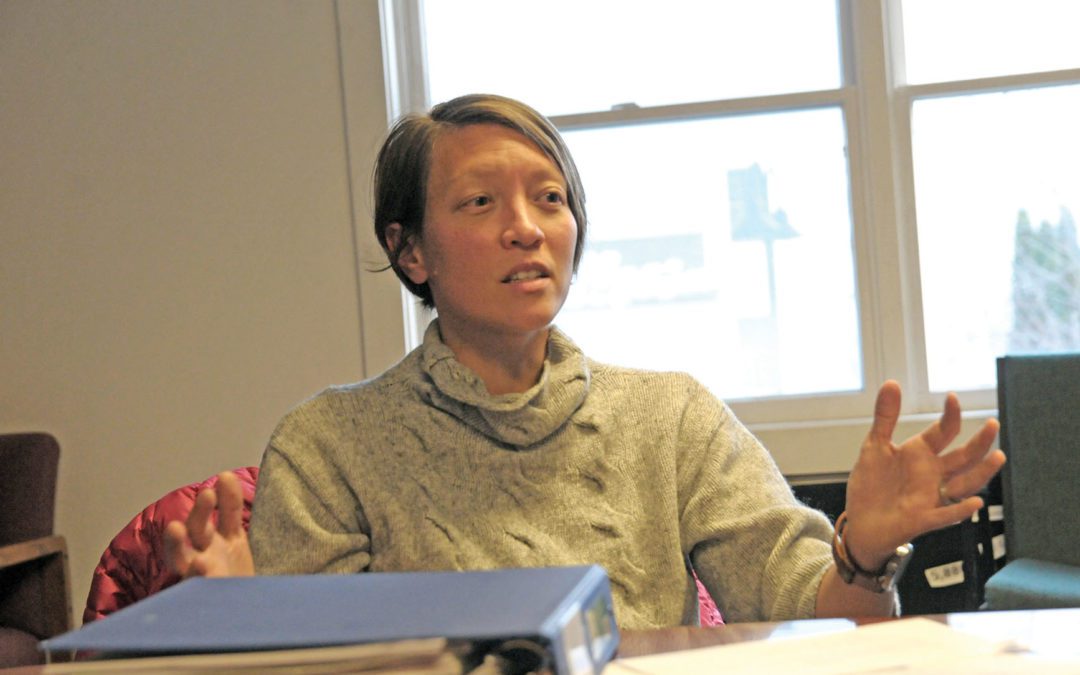 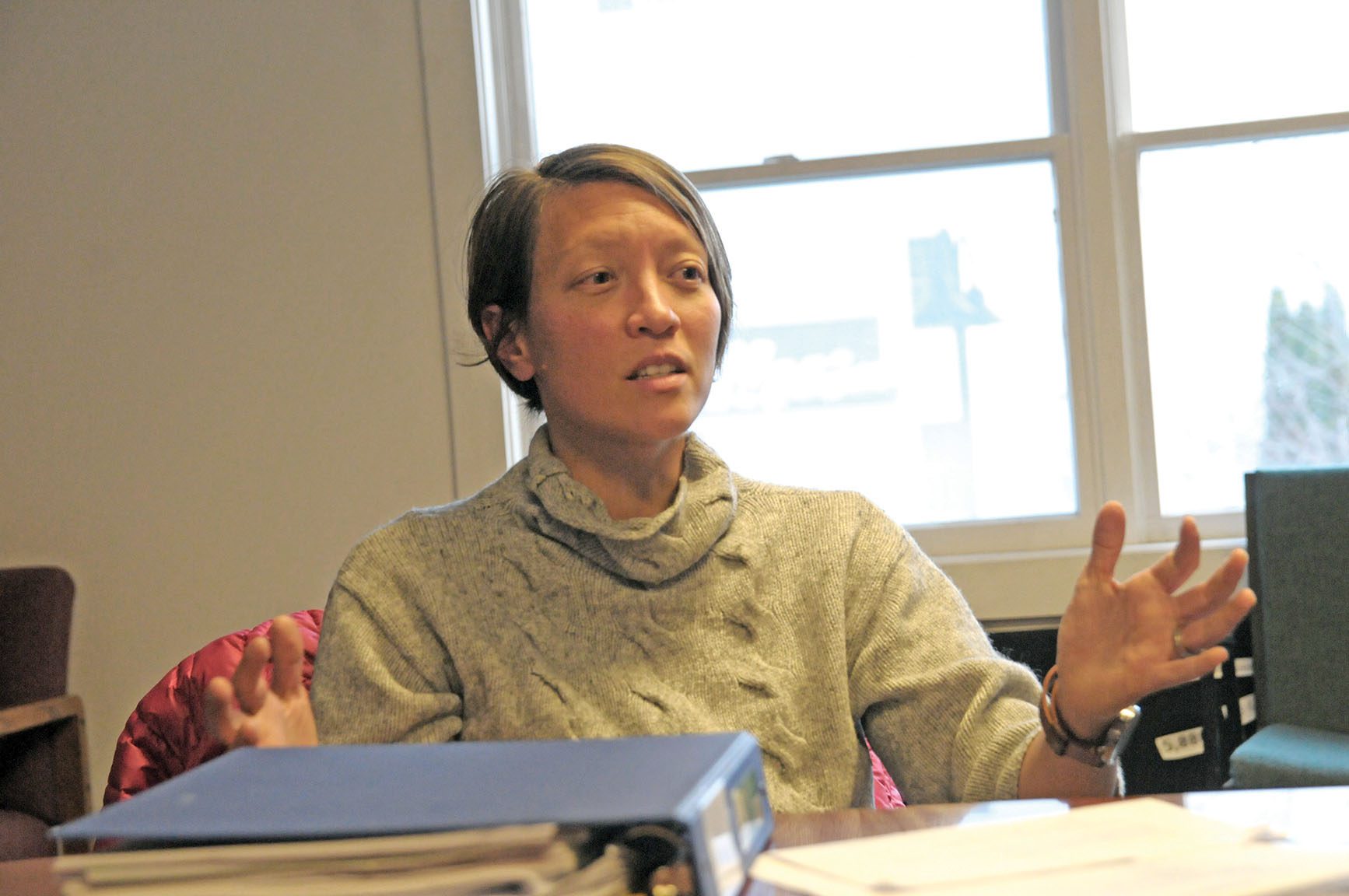 Small, rural schools are “a unique asset that Vermont has, so I think we should be supporting and protecting that asset … that we can use to attract families."— Zim Pickens

MIDDLEBURY — A group of Middlebury-area residents is circulating a petition aimed at forcing two major changes to the Addison Central School District charter that they said would give voters in the seven ACSD-member communities more power in preserving their local elementary schools if they are targeted for future closure.
The group has dubbed itself “Save Our Schools ACSD” and is largely made up of residents from Ripton and Weybridge — two of the ACSD’s smallest (by enrollment) elementary schools.
The ACSD includes the grade schools in Bridport, Cornwall, Middlebury, Ripton, Salisbury, Shoreham and Weybridge, along with Middlebury Union middle and high schools. The ACSD board is now reviewing the capacity and condition of its school buildings with an eye toward potentially closing and consolidating some of them in wake of declining enrollment that is driving up education expenses.
Work is under way on an ACSD Facilities Master Plan that will give school directors a sense of which school buildings need repairs, and which ones are operating at low capacity. The “articles of agreement” that formed the ACSD in 2016 gave the 13-member district board the power to close a school if a supermajority of 10 or more members endorses such a move. But SOS members believe that’s too modest a threshold, and they want communities hosting schools targeted for closure to have more of a say in the fate of those buildings and have a bigger stake in ACSD operations. So they’re in the midst of a petition drive to force a Town Meeting Day vote next March on two proposed changes to the ACSD articles of agreement.
They include:
• “No district elementary school shall be closed unless a majority of the registered voters at a duly warned special meeting of the town in which the school is located vote to close the school.”
• Instead of the current process in which all ACSD board members are elected at-large, “Each director shall be elected by the voters of the district town in which the director lives.”
Petitioners believe at-large voting leads to board members that are more dedicated to the general interests of the entire ACSD, rather than to the specific educational interests of the community in which they reside.
“There’s a lack of democracy, and we’re trying to add democracy into the process,” SOS member Millard Cox of Ripton said.
The ACSD board has announced no firm plans to close any schools. But the panel has asked consultants to calculate the potential savings associated with closing one or more schools and to estimate the costs of upgrading other buildings to accommodate more children.
“Our continued declining enrollment operating under-enrolled schools presents a number of challenges, both educationally and financially,” reads a statement from the board on the acsdvt.org website. “Educationally, it is difficult to offer the breadth of quality programming and services for a small number of students … Low enrolled schools also have trouble maintaining an optimum age-grade size cohort group, requiring schools to move to more combined classrooms with a much broader range of ages and development levels.
“Looking more broadly, as our enrollment continues to drop, our per pupil costs will continue to rise, and those costs drive tax rates up,” reads the statement.
SOS members argue students are best served at their local elementary school and that the district should look at other ways to trim costs — such as cutting bureaucracy — rather than closing school buildings.
Ripton resident Joanna Doria said SOS began to gel this past summer following a series of public meetings the ACSD hosted to discuss the facilities master planning process. That process laid out various school closing scenarios that set off alarm bells for some residents who didn’t relish the prospect of seeing their children or grandchildren sent to a different town for their elementary education.
Doria and like-minded residents began attending ACSD board meetings to plead their case and wave “save our school” signs outside the meeting venue.
SOS members acknowledged that ACSD voters collectively endorsed formation of the district in 2016 by a hefty 3,404-to-792 margin. But they noted ACSD was among the first districts to make the transition under Vermont’s Act 46, and believe most area voters didn’t pay close attention to all the details of what they were voting for. And in retrospect, district voters should have asked for more local control when it comes to operating and closing schools, the petitioners said.
“People don’t even know what’s in the charter,” SOS member Molly Witters said. “They’re shocked and immediately sign my (petition). That’s farmers in Bridport and Shoreham, and shopkeepers in Middlebury.”

REPRESENTATION
An Addison Central Supervisory Union Unification Charter Committee recommended that ACSD board membership be based on proportional representation. So Middlebury — by far the most populated of the seven communities — was afforded seven members. Each of the six smaller communities was granted one each.
“Given the big difference in population of the smallest and largest towns in ACSD, it was challenging to determine a board make-up that would adhere to both to the constitutional requirement for proportional representation among voters and ensure that each town had at least one representative on the new board,” recalled former ACSD board member Ruth Hardy, who co-chaired the charter committee. “We solicited multiple legal opinions and considered numerous options, including towns sharing a representative, creating a significantly larger board, or having all at-large representatives.
“We settled on the current configuration to ensure that at least one representative came from each town and the board would remain a workable size. To do so required that voters from all towns vote on all representatives so that the proportional ‘over representation’ of the smallest towns would be offset by the ability of all voters to vote for those representatives. We felt this was the best compromise and would ensure that the new board would not face constitutional challenges.”
But a challenge is now here, in the form of the SOS petition.
Proportional representation, according to Cox, doesn’t fit the concept of “equity.”
“How can we be equally represented on the board, in terms of our kids and our town, when we have one vote and Middlebury has seven votes,” Cox said. “I don’t see that as an equitable situation.”
He said the district’s board’s definition of “equity” and “opportunity” “apparently means putting all the kids in larger schools, long bus rides, larger class sizes. That’s how I see it unfolding.”
Witters agreed, adding she believes the current ACSD charter works to the disadvantage of the smaller, rural towns.
“It all comes back to this feeling of helplessness,” Witters said. “Where is the democracy? Everything about this is so heavy handed. Few people want their power taken away like Act 46 has taken our power away. It crosses socioeconomic divides, political divides.”
While they aren’t pushing for the smaller six towns to get more representation on the board, they believe each community should elect its own ACSD board member.
“It’s actually helpful for democracy for people to represent a smaller constituency, in my opinion, because the idea of voting on behalf of the entire district is a bit of a fiction,” said SOS member Zim Pickens of Weybridge.
Like Pickens, Doria believes at-large representation is shortchanging smaller towns.
“Even if you are a resident of a town, your loyalties can’t be to the residents of that town,” Doria said. “I challenge the fact you can represent all of the kids in the district and still support the values of rural community schools.”
Ultimately, the board was constructed in a fashion that allows Middlebury’s interests to carry the day in votes, petitioners said.
“All the power on the board is mostly in the hands of Middlebury, and the outlying towns have virtually no powers,” Cox said. “To me, it seems obvious that if it came down to a vote at which the interests of Middlebury were at stake in opposition to that of outlying towns, that Middlebury would vote for its own interests, and they would carry the vote, because they have seven representatives.”
It remains to be seen whether the intent of the SOS petition meets the Constitutional mandate of “one person, one vote.” The Vermont Department of Education has mapped out a series of school board representation models that can be found at tinyurl.com/v6o2b84.

ANWSD EXPERIENCE
Communities in the Addison Northwest School District currently elect their own board members, with proportional representation. Vergennes and Ferrisburgh each have four members, Addison has two, and Panton and Waltham each have one. A local school can only be closed through a referendum in the host community, though that authority passes to the ANWSD board by July 2021, per the district charter.
Ferrisburgh and Addison residents this month voted overwhelmingly against an ANWSD board proposal to close their respective elementary schools as part of a consolidation plan.
SOS members said they worry about the future of their rural communities if they lose their local schools. Member John Wetzel said young families like his are settling in Ripton because of its small school, which currently serves around 55 kids.
“That small school is an asset,” he said.
Pickens said one of the reasons he and his wife returned to Vermont from California was because they knew their children would be able to attend Weybridge’s small elementary school.
“It’s a unique asset that Vermont has, so I think we should be supporting and protecting that asset … that we can use to attract families,” he said.
The petitioners said they’ve gathered more than the requisite 5 percent of registered voter signatures needed to place the charter-change referendum on the Ripton and Weybridge town meeting ballots. They’re still collecting signatures in Bridport, Middlebury, Cornwall, Salisbury and Shoreham.
“We are taking the harder route,” Doria said. “We are going town by town and making sure we’re getting 5-7 percent of all the towns in our district. We could legally get 5-7 percent of the district at-large. We think it’s the better route to go town-by-town. It’s about making sure everyone in the district has a voice.”
ACSD board Chairman Peter Conlon said the panel will discuss the petition once it has been verified by the district clerk and is proven to pass muster with a lawyer, the Agency of Education and the Secretary of State’s office.
That said. Conlon has confidence in the system that was adopted by voters back in 2016.
“It is important to remember that the articles of agreement were developed by a committee of citizens from throughout the district with help from outside experts, then approved overwhelmingly by the voters in every town,” he said. “The committee was thoughtful, careful and thorough in its work. There is a very solid foundation for why the articles were developed as they were.”
Reporter John Flowers is at johnf@addisonindependent.com.