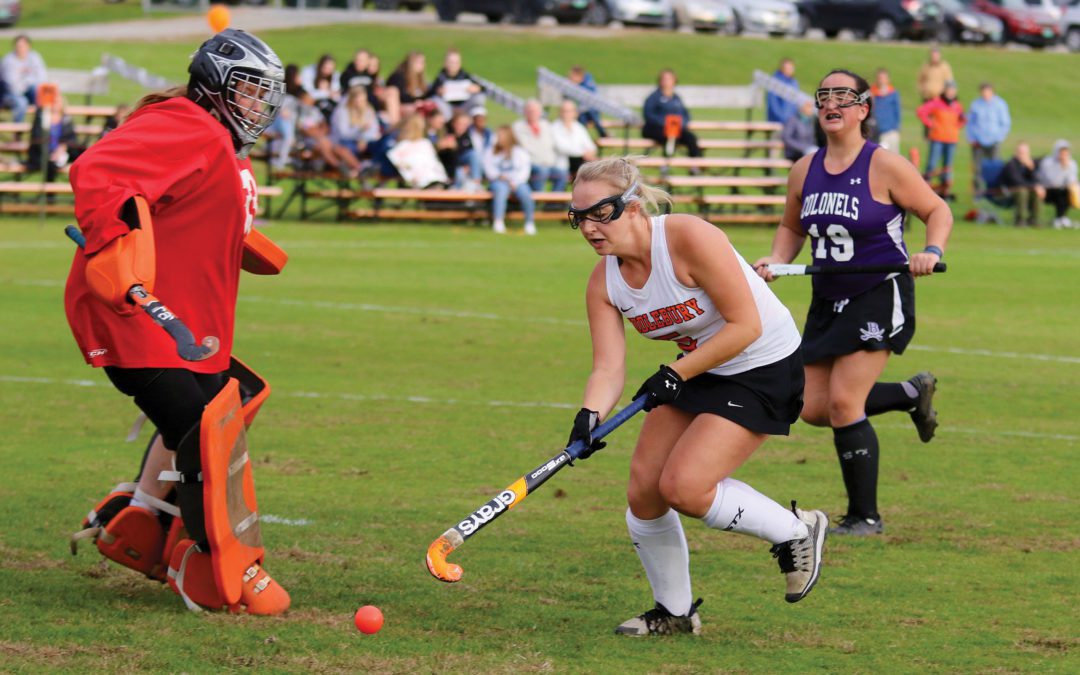 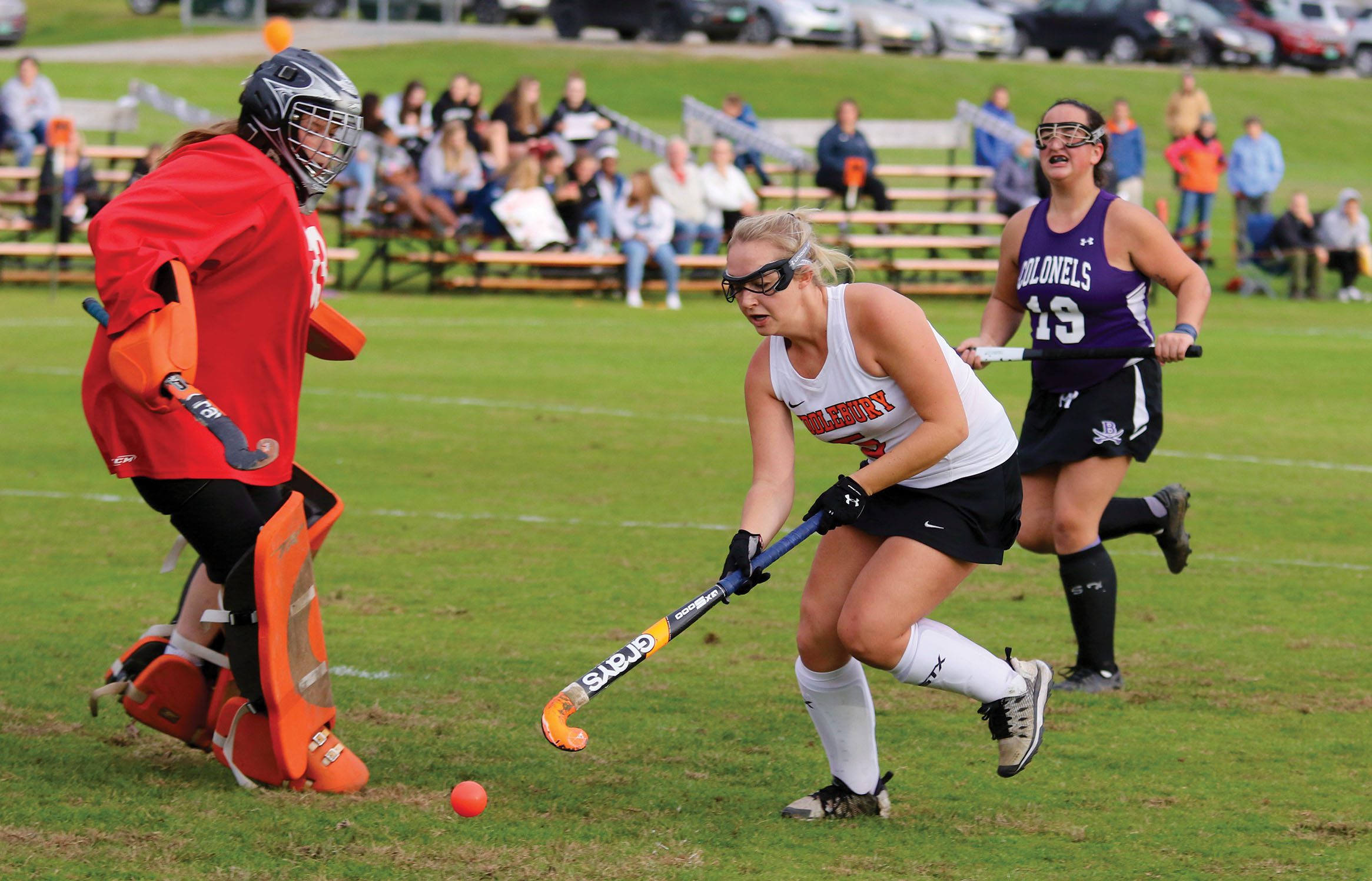 MUHS SENIOR FORWARD Phoebe Smith moves around Brattleboro goalie Brittney Wright during the Tiger field hockey team’s first-round Division II playoff victory on Thursday. Smith scored a goal as the No. 7 Tigers defeated the visiting No. 10 Colonels, 3-1. The Tigers are set to visit No. 2 Mount Abraham for a quarterfinal at 3:30 p.m. on Thursday.
By Andy Kirkaldy

ADDISON COUNTY — As the Division II high school field hockey playoffs opened on Tuesday, No. 2 Middlebury turned back No. 10 Brattleboro, 3-1, in a first-round game.
Meanwhile, as expected, the 11-2 Otter Valley and 9-3-2 Mount Abraham teams earned D-II’s Nos. 1 and 2 seeds, respectively.
The defending champion Eagles will now host the Tigers at 3:30 p.m. on this Thursday in a quarterfinal. The winner of that game will probably face No. 3 Hartford (10-3-1) in a semifinal early next week. Semifinals will be played on neutral-site artificial turf fields; the sites and times have yet to be announced.
The Otters will swing into action on Friday at 3:30 p.m. against No. 8 St. Johnsbury (7-6-3), a 3-0 winner on Tuesday over No. 9 U-32. Those teams have not faced one another this season. If the Otters advance, either No. 4 Burr & Burton (8-6 and one of the two teams to deal OV a setback) or Spaulding (8-3-2) would be their semifinal opponent.
Field hockey finals will be played at the University of Vermont on Nov. 2 at a time to be determined.
At MUHS on Tuesday, the Tigers took charge with first-half goals from Phoebe Smith and Ali Seaton. Lexi Bartlett scored after the break for MUHS, as did Brattleboro’s Edie Cay of Brattleboro.
The Tiger defense limited the Colonels to three shots on goalie Ileigh Aube; she stopped two of them. Brattleboro goalies Brittney Wright and Kailyn Bailey combined for nine saves.
The Tigers will carry a 5-9-2 record into Thursday’s game at Mount Abe. The two teams tied in MUHS, 2-2, early this season, but the Eagles prevailed in Bristol, 6-0. The Tigers’ record is their best in several seasons.