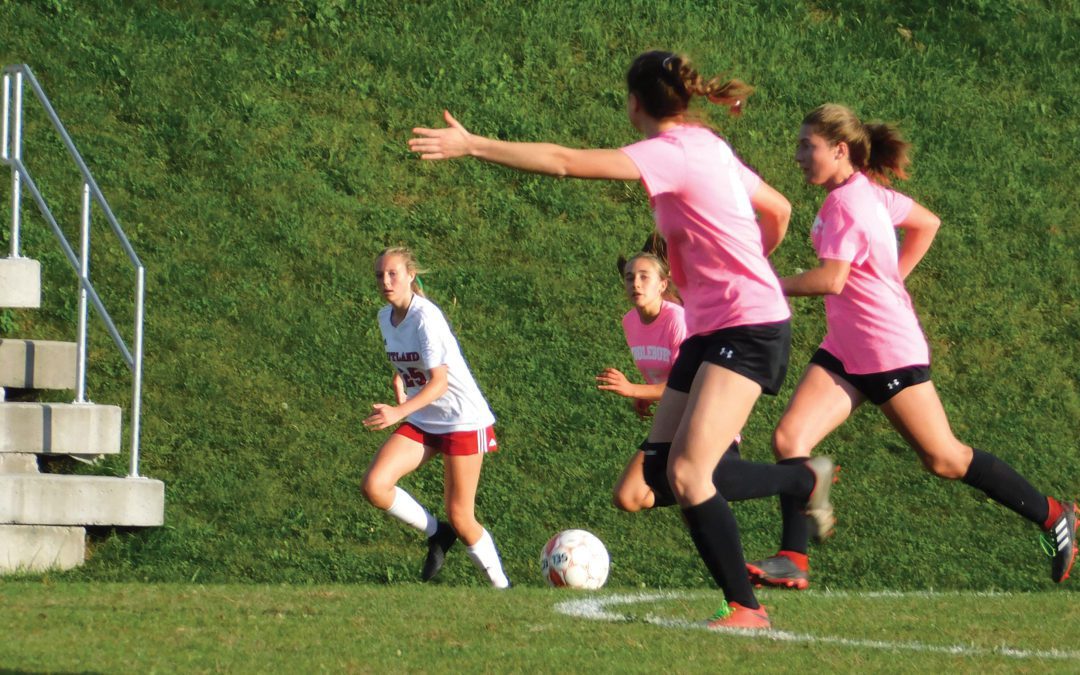 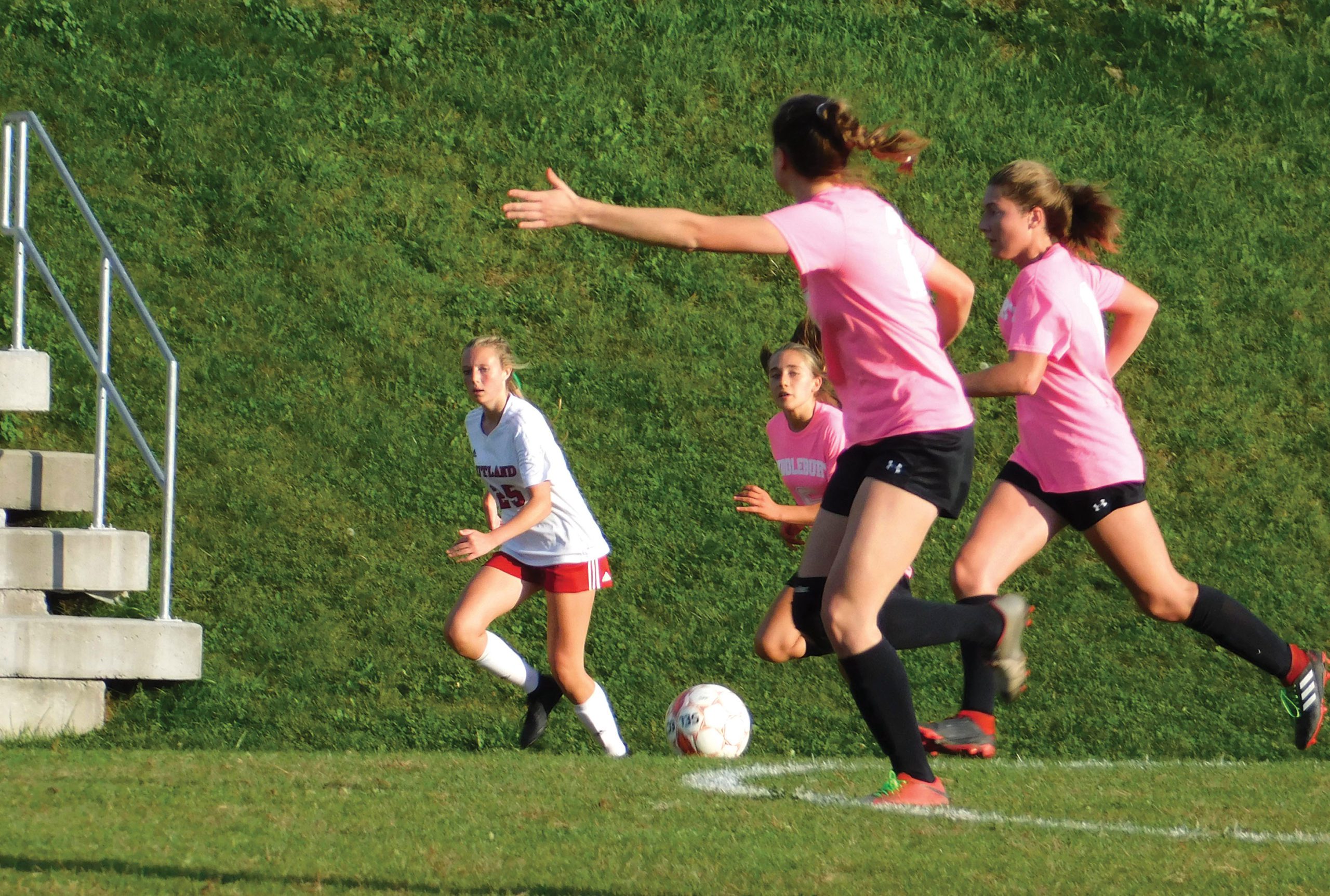 ADDISON COUNTY — In midweek high school girls’ soccer action last week, three local teams — Vergennes, Mount Abraham and Otter Valley — all picked up victories, while Middlebury dropped a pair of contests.
Friday and Saturday games in all sports were played after the early deadline for this edition; the Independent’s press was closed this past weekend.
COMMODORES
The Commodores on Wednesday defeated defending Division II champion Milton, 3-1, picking up valuable points in their efforts to remain on top of the D-III standings in the process. VUHS scored the game’s first three goals before Yellowjacket Molly Loucy found the net in the 77th minute.
Sydney Weber converted a Hannah Kelly set-up to give VUHS the lead in the third minute, and Ema Gernander, from Emily Rooney, made it 2-0 early in the second half. Rooney made it 3-0 12 minutes later, with an assist from Weber.
VUHS goalie Kate Gosliga made five saves, as did Michalyn Fagan for 4-6-1 Milton.
The Commodores were set to host Green Mountain Valley on Saturday morning and are scheduled to close their regular season this week by visiting Mount Abe on Tuesday and hosting Spaulding on Friday.
EAGLES
Mount Abe bounced back from its upset at the hands of Rutland earlier in the week by topping host Spaulding on Wednesday, 3-0.
Mae Peterson, Sydney Minnerly and Jessica Colbeth put the ball in the goal for the Eagles as they improved to 9-2, and goalie Justice Green worked a two-save shutout. Lilly Lacroix stopped 15 shots for Spaulding.
The Eagles remained in the hunt for a top-four seed in the crowded D-II race with the result. They were set to visit Milton on Saturday evening before hosting VUHS on Tuesday and MUHS on Friday.
OTTERS
OV earned a victory at Woodstock on Wednesday, 2-1, as Olivia White scored a pair of goals, both assisted by Julia Eastman.
With the lead in OV’s hands, White moved back to center back to team up there with Leah Pinkowski to help contain the Wasps, and goalie Sophia Walker made several big saves as the Otters came away with the win. Coach John White credited his defenders and midfielders for their work as the Otters improved to 3-6-1.
The Otters were set to host rival Fair Haven on Friday before a busy week: They host Mount St. Joseph on Monday and visit Hartford on Tuesday and Springfield on Saturday.
TIGERS
MUHS (2-10) dropped a pair of games on back-to-back days.
On Wednesday host Rice broke away from a scoreless halftime tie with three goals from Alex Dostie and one from Melanie Dostie to prevail, 4-0. Tiger goalies Carly Burger (nine stops) and Julia Bartlett (three) combined for a dozen saves, while Khadija Hussein made five saves for the Green Knights.
On Thursday the Tigers possessed effectively and pressured visiting Rutland, but the Raiders countered with well-placed balls between and over the Tiger back line to create breakaways in a 4-2 victory. Camryn Kinsman converted three of those balls, two from Logan Kinsman, and Sydney Wood added the final goal for the 4-7 Raiders. RHS goalie Kathryn Moore made five saves.
Sophie Larocque’s first-half goal equalized for the Tigers before Kinsman’s second goal made it 2-1 at the half. Ivy Doran one-timed home a Merry Kimble serve with 10 minutes to go for MUHS. Isadora Luksch, Hannah Turner, Cadyn Pitner and Annie Lapiner were among the other Tigers creating chances. Burger played most of the game and made six saves, including some tough stops, and Bartlett made two saves, one on a dive.
The Tigers play at Milton on Tuesday and at Mount Abe on Friday.