Editorial: Honoring the Fourth of July 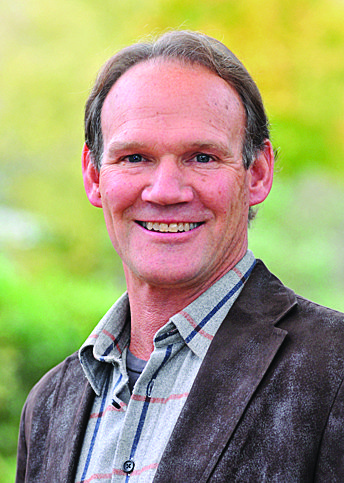 Editorial: Honoring the Fourth of July

As we approach the nation’s Fourth of July celebration this year, it’s worth noting the reason: the 13 colonies declared their independence from Great Britain, to escape what they considered the heavy hand of the British empire.
In the ensuing struggle to gain American independence, we would become a nation of migrants, pushing aside Native Americans to make room for an ever-increasing tide of newcomers over the next 233 years — a tide that continues to this day. And for much of that time, the strength of the nation has been associated with the nation’s gracious policy of acceptance as symbolized by the incredible gift in 1886 to Americans from France — the Statue of Liberty, whose famous poem ends with these lines:
“Keep, ancient lands, your storied pomp!” cries she
With silent lips. “Give me your tired, your poor,
Your huddled masses yearning to breathe free,
The wretched refuse of your teeming shore.
Send these, the homeless, tempest-tossed to me,
I lift my lamp beside the golden door!”
For almost 133 years, the statue has been recognized as a universal symbol of freedom and democracy, representing a country noted for its tolerance and gracious welcome.
Trump’s vision of America sullies that tradition. And in his callous disregard of the health and welfare of those immigrants knocking at our door, he is not only causing economic harm to vast areas of the country with low unemployment, but casting a worldwide vision of America as one of unsuspected cruelty and disregard for human life, similar in tone to the harsh tactics of dictators we have long chastised.
Nor have Trump’s ruthless tactics worked. On the contrary, migrants are stacked up at our southern border in unprecedented numbers. Rather than help alleviate the problem at its source, Trump compounds it.
The news of this crisis is shocking: According to a recent statement by Rep. Peter Welch delivered on the floor of the house last week, he said that in June, “140,000 people showed up seeking asylum: 84,000 families, 11,000 children. But everything, every single thing that the Trump administration is doing, led by President Trump himself, is making a very dire situation worse.
“First, start with the definition that our President gives for what’s going on. It’s the arrival of rapists, of criminals, of gang members, when every single one of us who has been on that heartbreaking trip to the Southern border knows it’s children, it’s women, it’s families who are fleeing violence, who are fleeing gang members, who are fleeing destitution in grinding poverty…
“Second, by defining the crisis as an invasion of criminals… the Trump policy is to treat these people worse than criminals. First, starting with the family separation policy where children literally were yanked out of the arms of their parents. Many of those children still don’t know where their father or their mother is. That is being done in your name and mine with the full authority of the American government, in the widespread opposition of the American people.
“And then, when these people are in our custody, the imposition of cruel and brutal conditions on children and innocent people… We had a Trump attorney in federal court arguing, that when it came to fulfilling the duty that we had holding in custody, children, that it was okay to deny them toothbrushes, soap, access to showers, sanitary conditions, sleeping on cement floors in frigid conditions. This is shocking, it’s unnecessary, and it’s inhumane.”
“…This must end. We must immediately return all children to their parents, provide humane, sanitary, and safe conditions for those seeking asylum, and we must work with El Salvador, Honduras and Guatemala to improve conditions in those countries…  not withdraw hundreds of millions of dollars in aid as the President decrees… The response to this crisis must not be cruelty. Enforce our laws – yes. Work with Central American governments – yes, but treat all who seek America’s help with respect and dignity.”
As we celebrate the Fourth, let us honor the nation’s traditions that made us known throughout the world as noble, generous and tolerant — riches that attracted the world’s best to our shores and truly made us a great nation.
Angelo Lynn